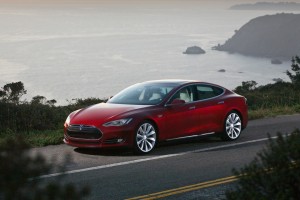 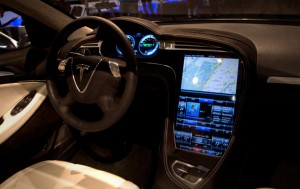 All the models include the first of its kind 17-inch touch screen controller, which is mounted in the center stack position.? It controls many of the cars features and displays the backup camera and navigation display.

Model S has a significant option list adding features like Nappa leather seating, active air suspension and sport-tuned traction control and performance wheels and tires. There is also an all-glass panoramic roof, feature laden Tech package and rear facing seats, which expand seating to seven with room for two children in the rear.

One other important extra is the High Power Wall Connector, which charges the battery quickly adding 62 miles of range per hour.

The Tesla S is also offered with a battery warranty of warranties up to 8 years with unlimited mileage. The Model S should be in customer driveways in Fall 2012. 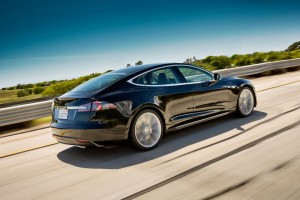