To be honest, there’s not much new to say about the Corvette Z06, and the 2012 model year is almost upon us. The 2012 model will have only the tiniest of incremental changes from the 2011 model, as Chevy prepares for the C7-era Corvette in 2013 or 2014. But if you’re going to have the same-old same-old, you might as well have it in Z06 form, with 505 horsepower, a 6-speed manual transaxle, and all the fantastic goodies that come in a new Corvette. 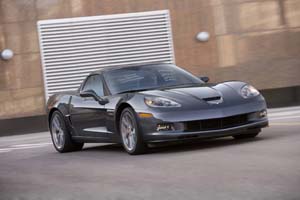 Here are the basics you need to know about Corvettes in the modern era. A base model 2011 Corvette comes with a 430-horsepower, 424 pound-foot 6.2-liter LS3 V8 engine, dubbed the LS3. You can bump that to 436 horsepower by selecting the option for the sport exhaust. That Corvette costs about $50,000 (give or take) in brand new condition. A Corvette Grand Sport runs about $6,000 more, and offers the same engine, but with the upgraded suspension and brakes from the Z06. 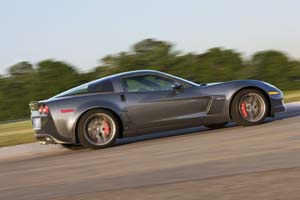 Now the Z06 starts about $75,000, but it?s tough to find one outfitted the way you want it for less than about $80,000. You get the 505 horsepower 7.0-liter LS7 engine with 470 pound-feet of torque, plus those upgraded suspension pieces and brakes. What you don’t get is a convertible top the Z06 is available only in coupe form, with a nice big hatch-opening rear window.

Riding the halo above the Z06 is the ZR1, with 639 horsepower from its supercharged 6.2-liter LS9 engine. With the ZR1, you get some different bodywork and an even sportier suspension and brake setup. You can also buy an option Z07 package for your Z06 if you want the body, suspension, brake, and wheel upgrades of the ZR1 on your Z06. You’ll pay about $110,000 for a basic ZR1, however, so there’s a pretty steep ticket price for that ride.

OK, so now you know where the Z06 lives in the Olympian pantheon of modern Corvettes. What you’re asking yourself right now is probably is it worth the money or how can I afford one of these??

Is a Corvette Z06 Worth The Money?

As I said, you’ll pay about $80,000 for a new Corvette Z06. That’s a lot of money ?$30,000 more than a basic Corvette. Put another way, that?s $400 for each one of the 75 additional horsepower you get with the Z06. For most of us, a car with 430 horsepower is a big step up from the family grocery getter in the first place, and it will take a while before that level of power looks ho-hum. So it?s important to look at the pros and cons of stepping up to the Z06: 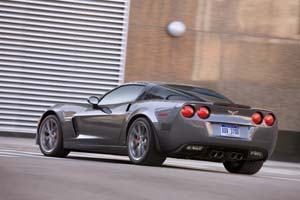 The Z06 has a firm, taut chassis and suspension – make no mistake, you’re getting the street-legal and slightly softened version of a full-on race car. This is not the car to buy if your wife or girlfriend likes to put on makeup or drink a full latte while you’re driving around. The Z06 is a bone-shaker on rough roads ? but that?s precisely why you would choose it, right?

The engine power is nicely managed in the Z06 – you get one exhaust note if you drive in a mellow fashion, using the first inch or two of accelerator pedal travel, but then the sound changes along with the entire demeanor of the car if you push past that first third into performance territory. The thrum of the 7-liter V8 changes to a roar and the car just takes off. You’ll have your hands full just getting up through the gears, and it’s easy to find yourself going seriously extralegal speeds without even trying too hard.

The brakes on the Z06 are firm and respond well to modulation – you can be subtle with your foot in this car, and finesse the brakes for weight transfer or serious stopping power. Outside of a race track, I doubt you could ever get these brakes to fade.

In a long weekend of driving, I never got tired of being the Corvette Z06 – although I will admit that in the long freeway traffic jams, it would have been nice to just push the gear selector to “D” and inch along by letting my foot off the brake! The clutch in the Z06 is a serious piece of hardware! But the interior was nice – Chevrolet has clearly listened to complaints about prior years’ interiors on the Corvette. The Z06 has a nice stereo, and the hatch rear window works well for access to a spacious trunk area. That’s all you need in a sports car, right?

The bottom line on the Corvette Z06 is just this – $80,000, 505 horsepower, killer good looks, great handling in a true sports car. You’re either going to like that or not.