Strip down a Nissan Leaf by taking away the rear doors, rear seat, trunk audio system, navigation and most of the other convenience appointments.? Add a massive adjustable rear wing that says Nissan LEAF? and a bunch of safety equipment and what do you have?? The Nissan Leaf NISMO RC (Racing Competition). 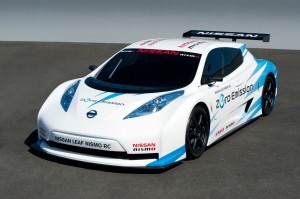 Already a world leader in zero emission production vehicles with the late 2010 launch of the Nissan LEAF passenger vehicle in the United States, Europe and Japan, Nissan is now looking the racing world as a way to draw attention to the seemingly untapped potential of electric vehicles.?

?Combining the talents of NISMO, Nissan?s world renowned motorsports group, and engineers behind some of the company?s Super GT and FIA GT1 race teams, the Nissan LEAF NISMO RC will serve as a rolling laboratory for the accelerated development of EV and aerodynamic systems, as well as a platform for the development of new green motorsports series,? said Carlos Tavares, chairman, Nissan Americas, speaking at the New York International Auto Show. 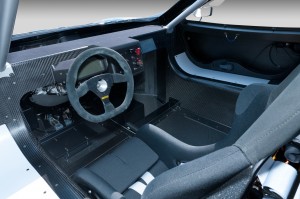 Dimensionally, the racecar features a 3.9-inch shorter wheelbase, is 0.8 inches longer and 6.7 inches wider.? The most dramatic difference is height, with the NISMO RC sitting more than a foot (13.8 inches) lower than the production Nissan LEAF.? Ground clearance is limited to 2.4 inches, compared to 6.3 inches for the road-going car.? In addition, at 2,068 pounds, the racecar weighs in at about 40 percent less than the production vehicle. 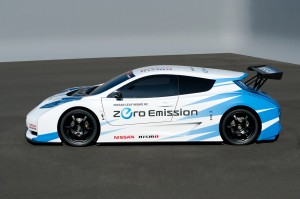 The layout of the NISMO RC is also markedly different from the production sedan, offering a mid-ship location for the battery pack, electric motor and inverter ? with drive to the rear wheels versus the production Nissan LEAF?s front-wheel drive.? The NISMO RC also utilizes a double-wishbone suspension design front and rear and driver-adjustable brake balance.? It rides on 18-inch 6-spoke wheels and P225/40R18 Bridgestone racing tires.

Like the production Nissan LEAF, the NISMO RC is powered by a lithium-ion battery composed of 48 compact modules and a high-response 80kW AC synchronous motor that generates 107 horsepower and 207 lb.ft. of torque.? It can be charged up to 80 percent of its full capacity in 30 minutes using the quick charging port located inside the rear cowl.? In addition, unlike other competition vehicles, the NISMO RC has no tailpipe, no emission of CO2 or other greenhouse gases while being driven, and no exhaust sound. 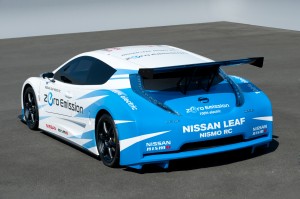 In preliminary testing the NISMO RC produces 0 to 62 mph acceleration in 6.85 seconds and a top speed of 93 miles per hour.? It is projected to have a running time of around 20 minutes under racing conditions. 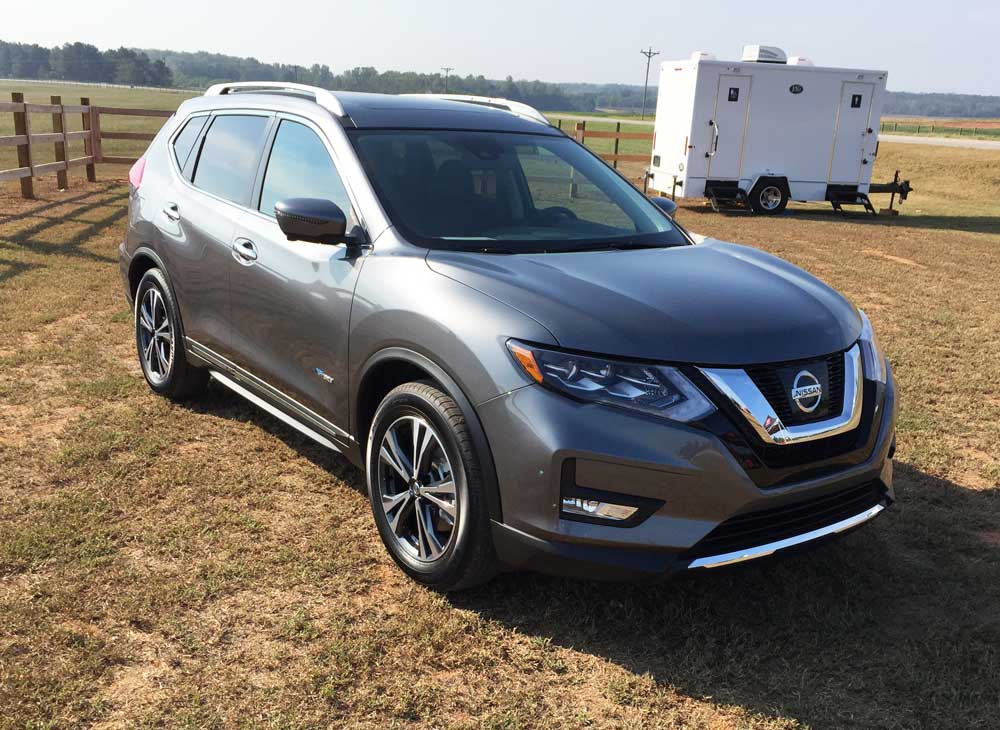