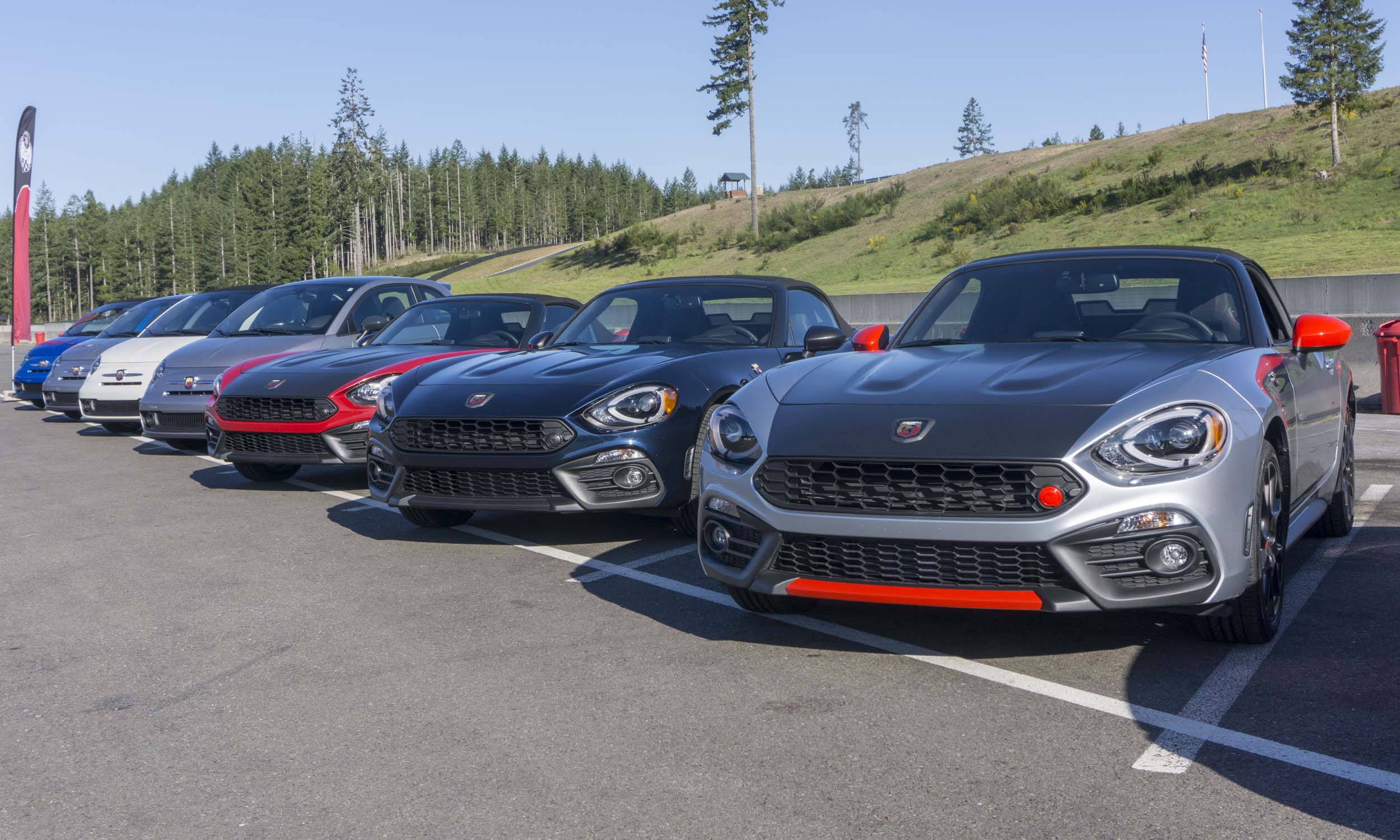 Smiles for Miles
Perhaps it’s a guilty pleasure, the physics of a small car at speed, the innate joy of a well-kept secret — there’s something special about a well-balanced, high-performance small car that puts a smile on almost any driver’s face. When Fiat invited us to a full-day driving school with the sporty Fiat 124 Spider Abarth and Fiat 500 Abarth, we jumped at the chance. Neither of these models are particularly powerful; however, big power isn’t necessary to have a good time behind the wheel. Cue the smiles. 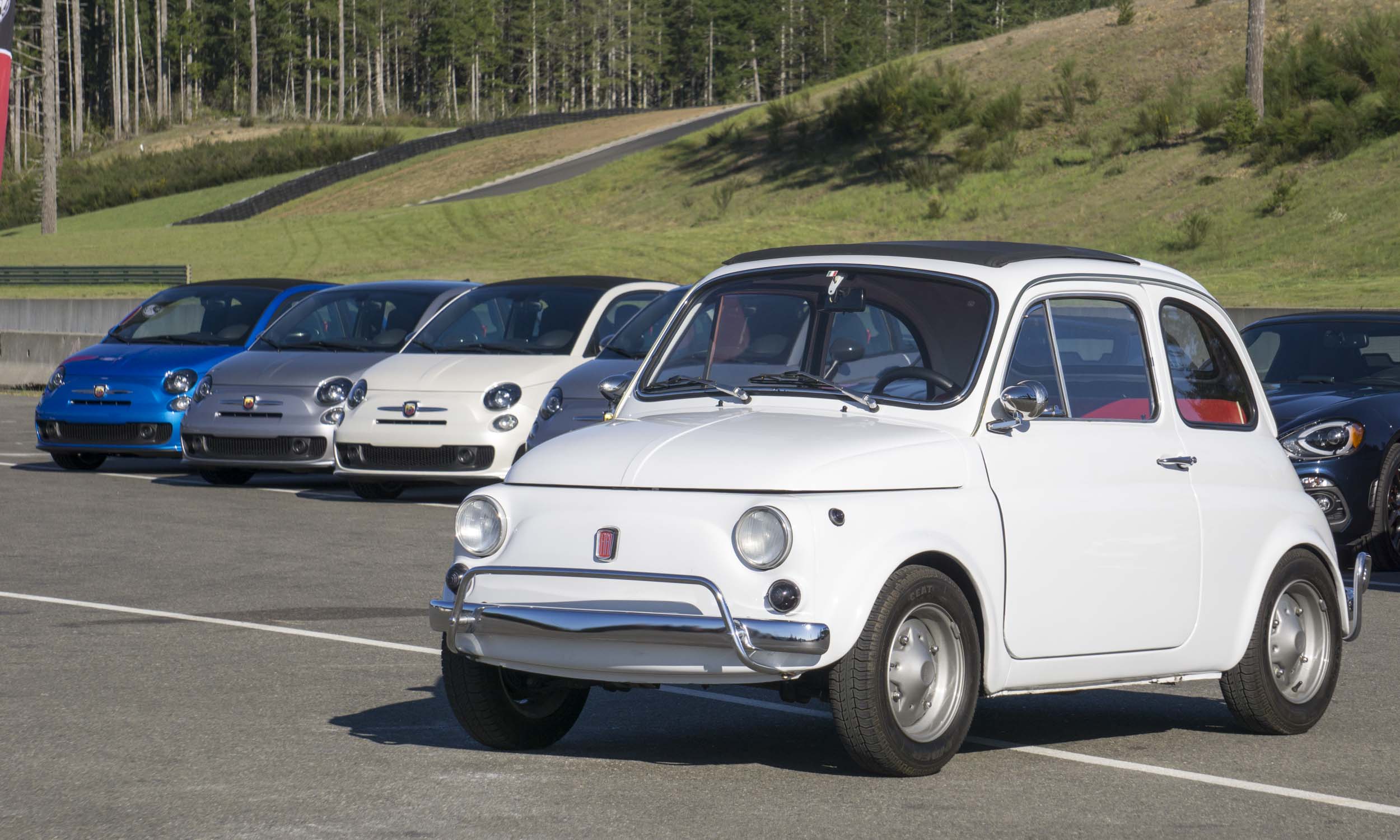 Abarth
In the late 1950s, Karl Abarth built high-performance race cars based on small, lightweight everyday street cars that included the original Fiat Cinquecento (pronounced ching kwei CHEN tow — Italian for the number 500). By 1971 Abarth had become part of the Fiat brand, and in 2011 the 500 Abarth was introduced to America. This idea of upping the performance of regular production cars continues today with Abarth variants of the 500 and 124 Spider. 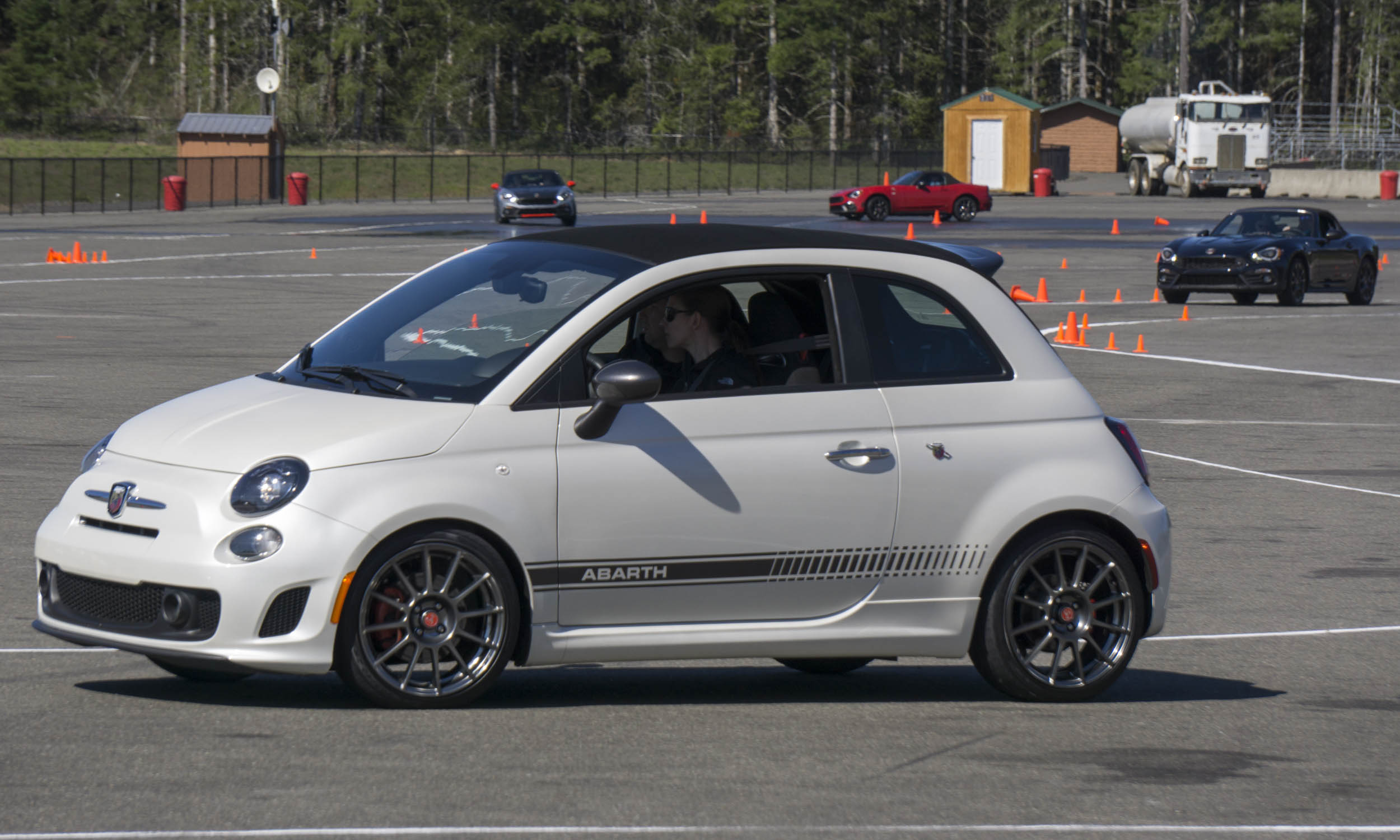 500 and 124 Spider
Both the 500 and 124 Spider are fun-to-drive cars even in their base-level trims, but the Abarth treatment gives both vehicles a distinct personality. And while the 500 and 124 Spider are very different cars, the similarities are surprising — both vehicles weigh about the same and use the same engine. And no matter which of these Abarth models you choose, both are designed as driver’s cars that are as happy on the street as they are on the track. Fiat says more than a quarter of the company’s sales are Abarth variants. 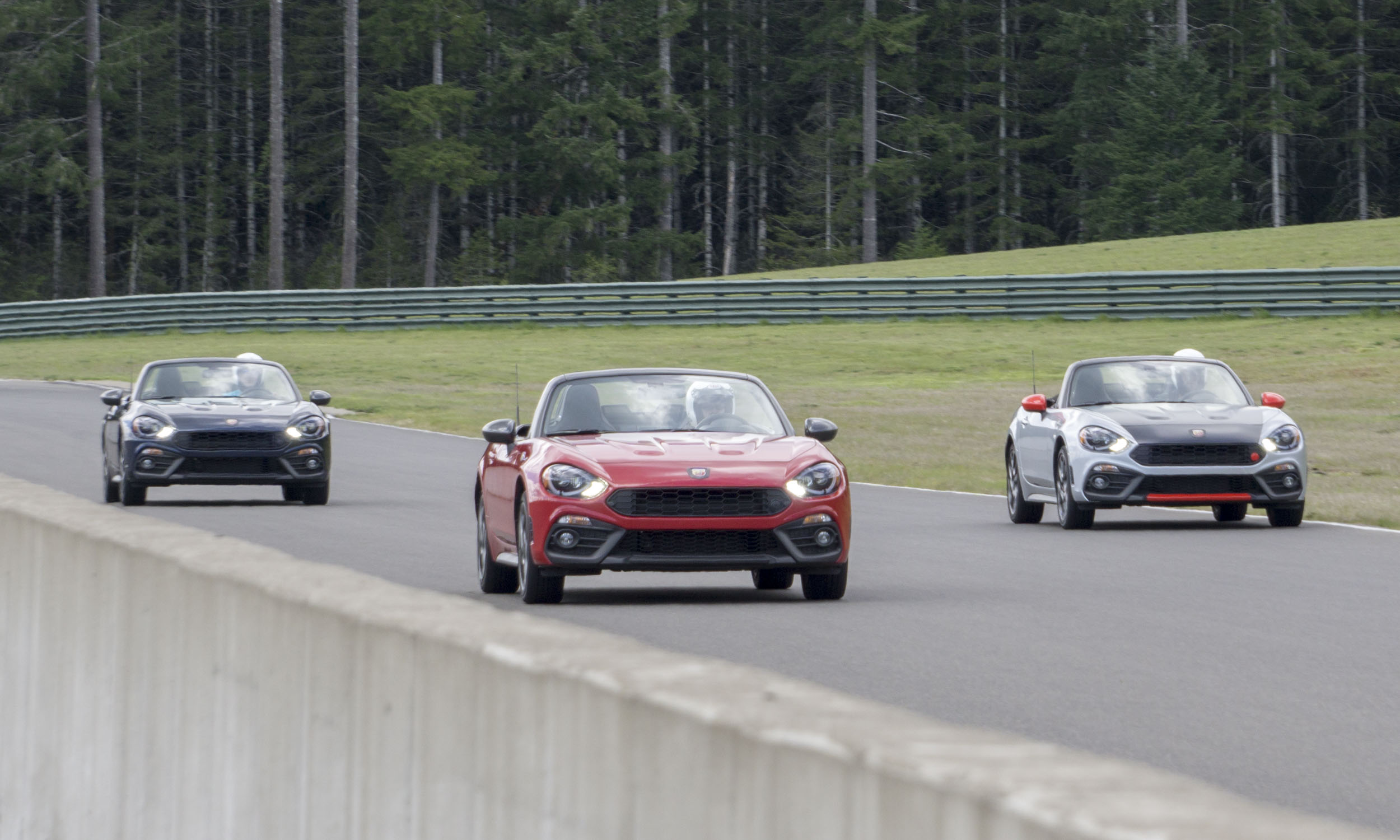 Track Day
Fiat teamed up with the Skip Barber Racing School to provide our assembled group of auto journalists a chance to check out the handling and performance of these fun Fiats in a controlled environment that included autocross, a skidpad and ultimately a full-on race track at The Ridge Motorsports Park in Shelton, Washington. 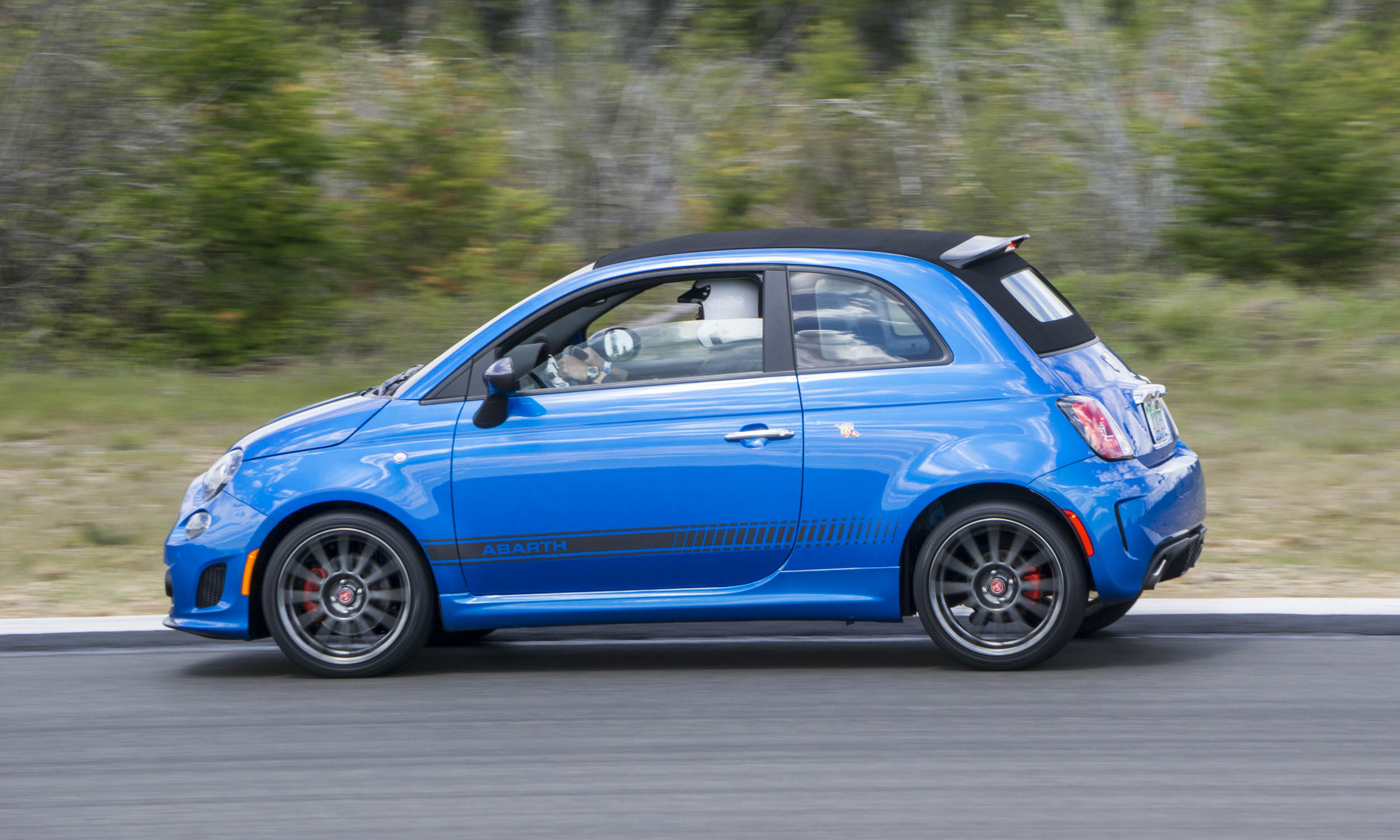 Fiat 500 Abarth
Some cars simply generate a smile moments after slipping behind the wheel. The Fiat 500 Abarth is one of those cars. It may not be the most attractive vehicle on the road, but this diminutive Italian runabout is great fun to drive. And it is tiny — about 7 inches shorter than a MINI Cooper — and it also weighs about 250 pounds less than the MINI. 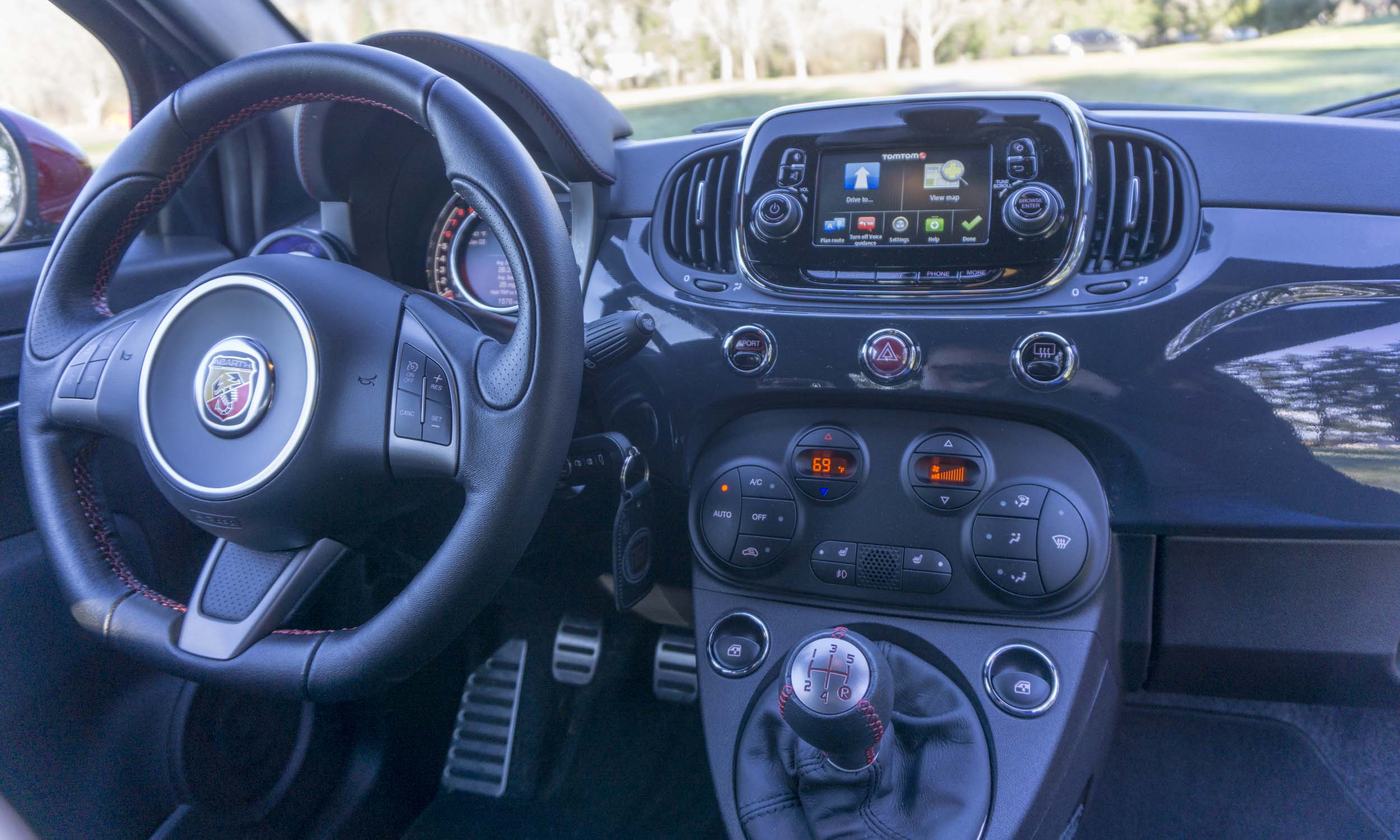 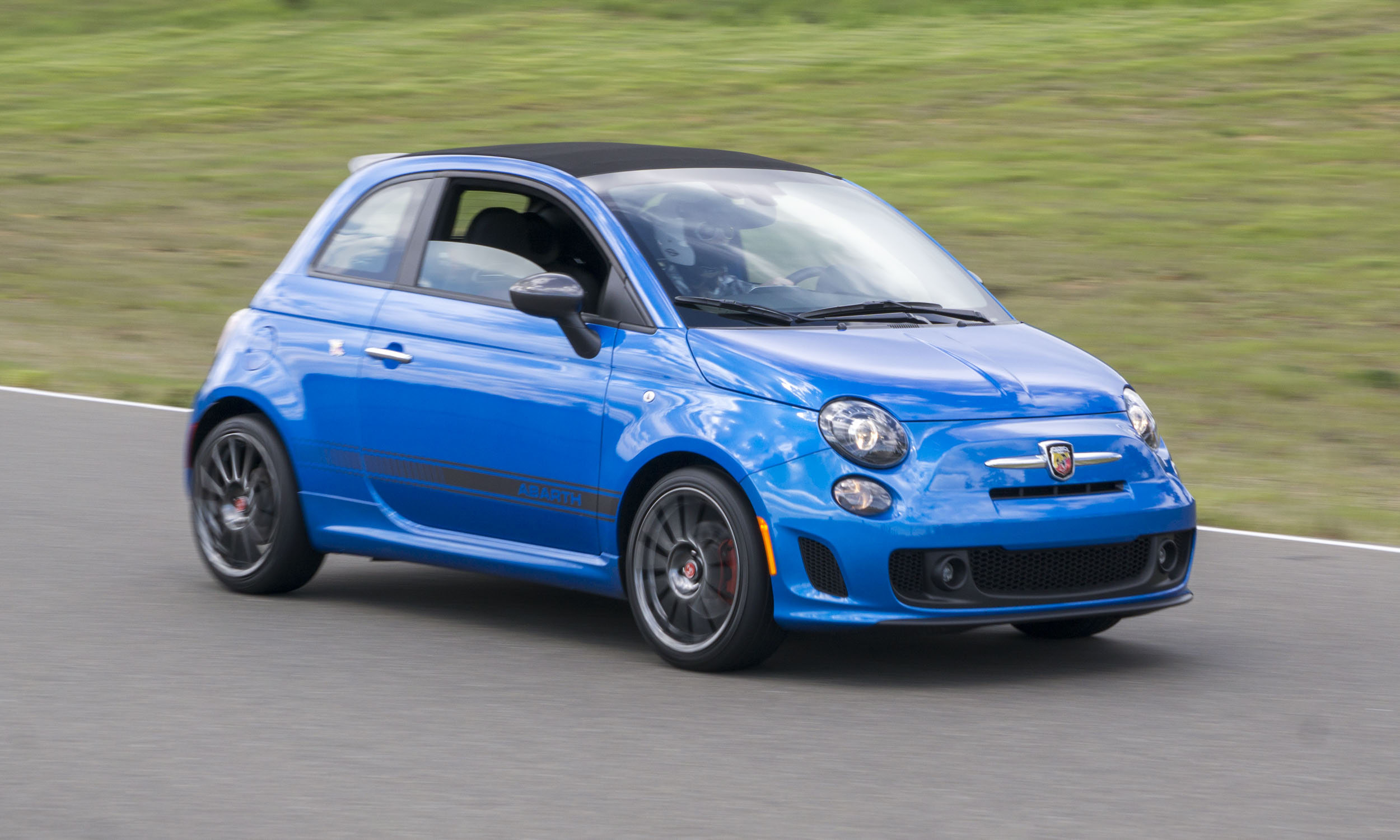 Power
The 500 Abarth draws power from a 1.4-liter turbocharged engine that produces 160 horsepower and 170 lb-ft of torque. Peak torque comes in at a low 2500 rpm — in a car that weighs only 2,500 pounds, there’s plenty of oomph to have a good time. The 500 Abarth scoots around quickly with strong acceleration, which seems amplified in such a small car. A 5-speed manual gearbox is standard on all Fiat 500s, with the option of swapping it for a 6-speed automatic. 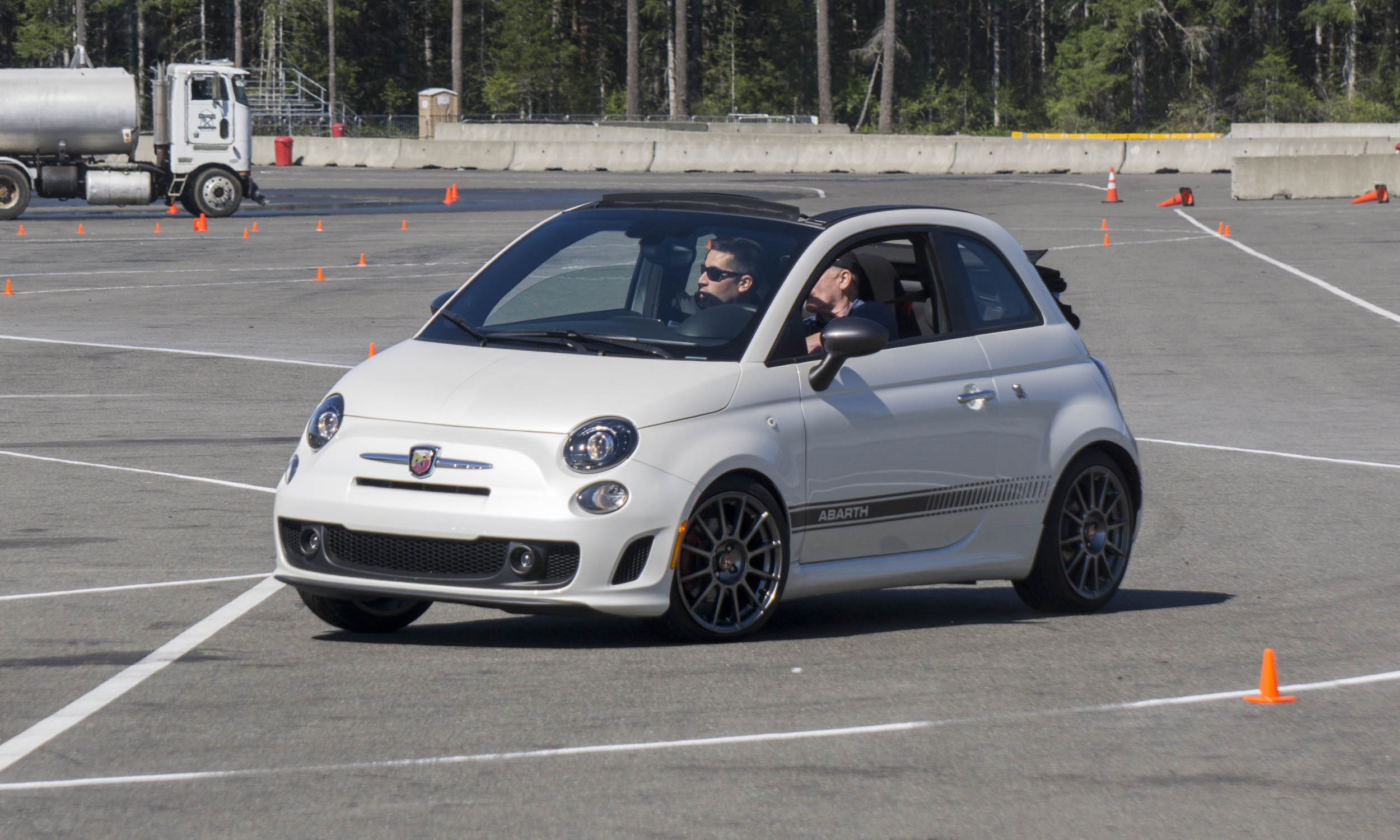 Blast to Drive
Driving the 500 Abarth is akin to getting behind the wheel of a go-kart. It’s small and agile, which makes it easy to toss around without losing control. Front-wheel-drive cars often lose some responsiveness since the front wheels do dual duty steering and driving, but the 500 Abarth is simply point and shoot with impressive grip and excellent steering. This became quite evident on the autocross course set up by the Barber school instructors. Given its short wheelbase and most of the vehicle weight up front, it was easy to get the 500 to pivot around tight corners as well as put the power down on corner exit. The performance suspension improves handling further, as well as the limited-slip differential. 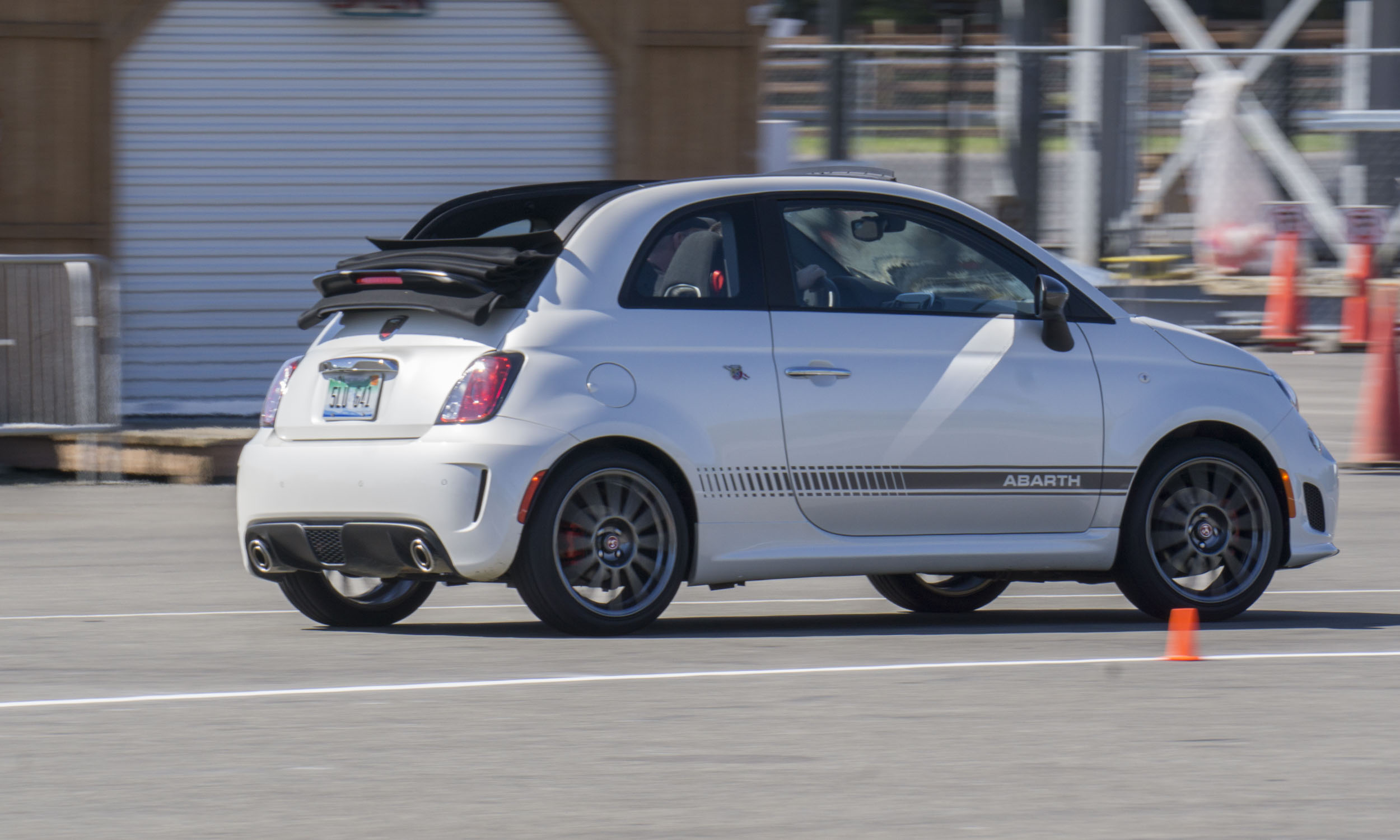 Small Car, Big Noise
The 500 Abarth may be a small car but it makes a big noise. Emanating from the dual pipes is a raucous roar that can be heard a block away. It’s incredibly amusing to discover that a car of the Abarth’s size mimics the clamor of a bigger, more muscular machine. 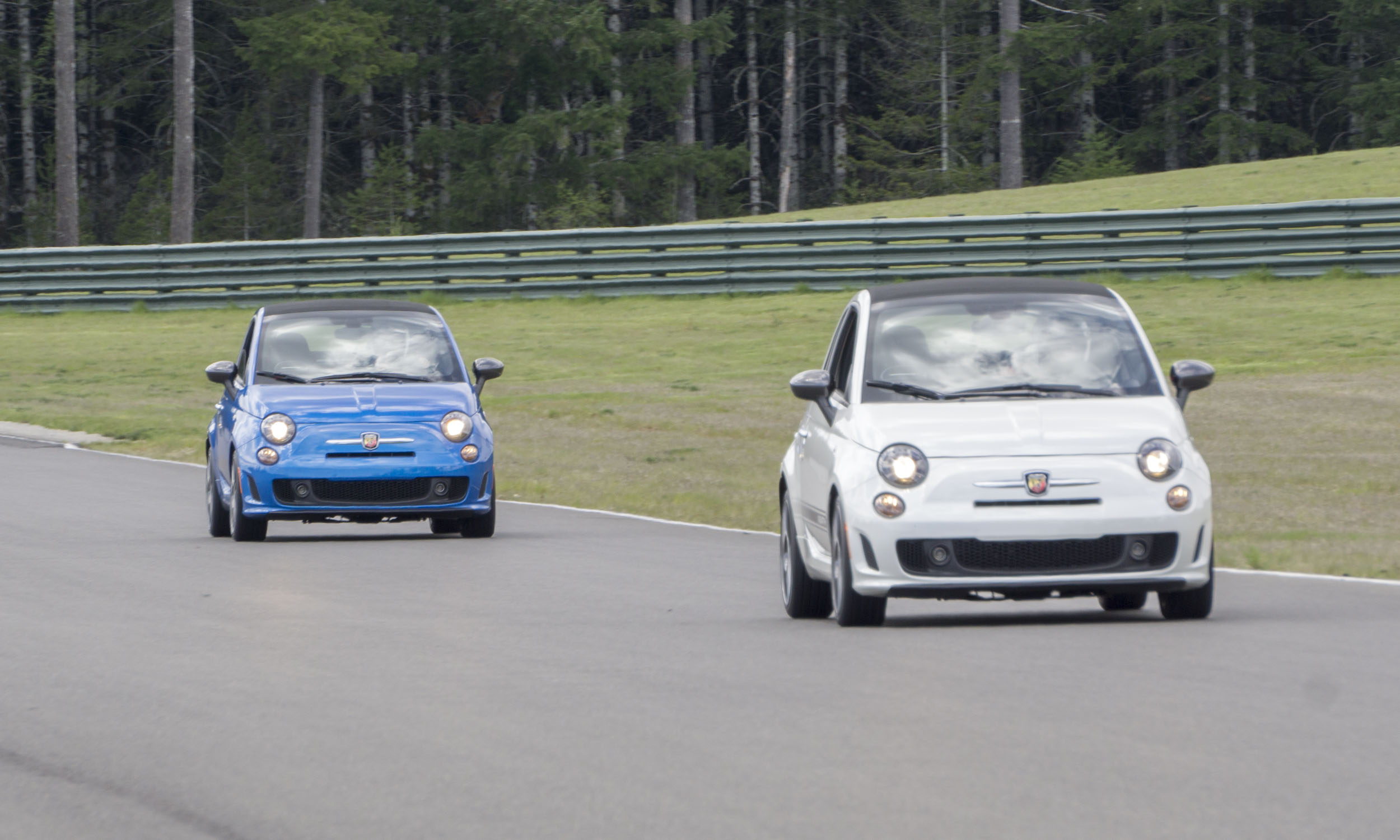 Fun on Track
Although the Abarth variant of the 500 gets dressed up a bit to hint at its potential, to the typical consumer this 2-door hatch still looks like an economy car, which makes it even more entertaining to drive — especially on a racetrack. Even better, this little hatchback holds its own with ease. The course at The Ridge has plenty of elevation changes, long sweeping turns as well as some tight corners, which the little Fiat simply ate up. With its raucous exhaust, strong brakes and agile handling, the 500 Abarth is a surprisingly great track car. 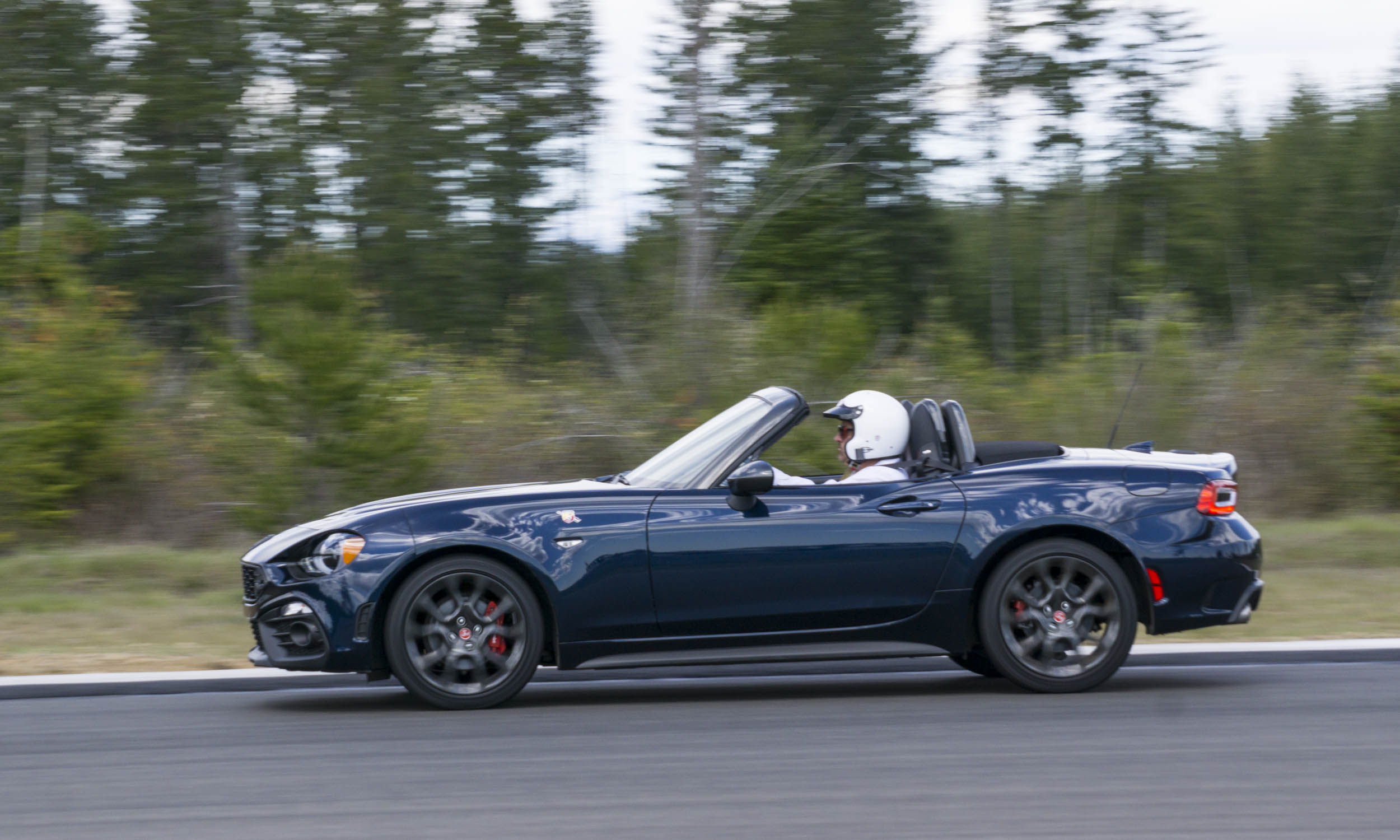 Fiat 124 Spider
As much fun as the 500 Abarth is on the street or the track, there are those who prefer a more proper sports car — such as the Fiat 124 Spider Abarth. This 2-seat roadster has classic styling and more importantly, rear-wheel drive. 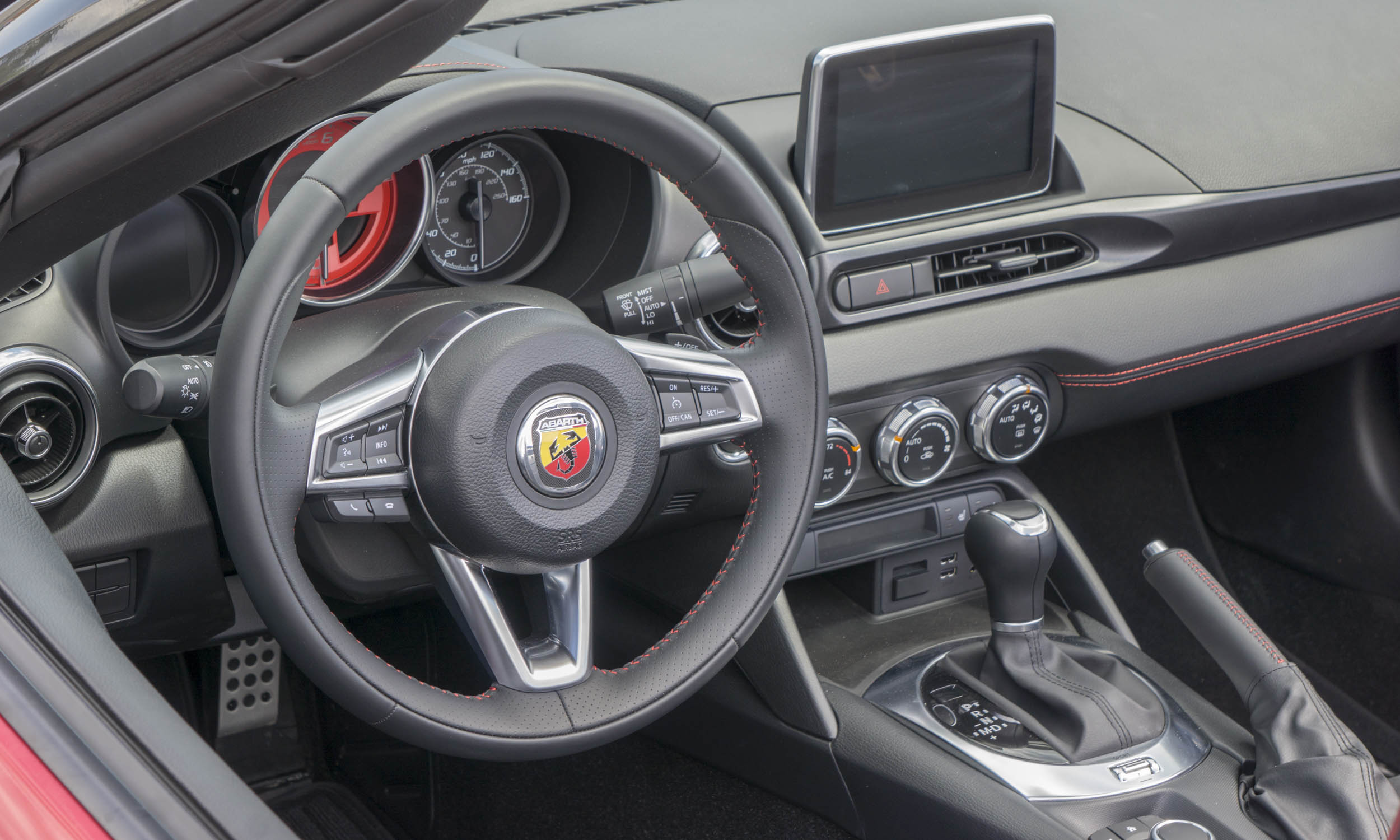 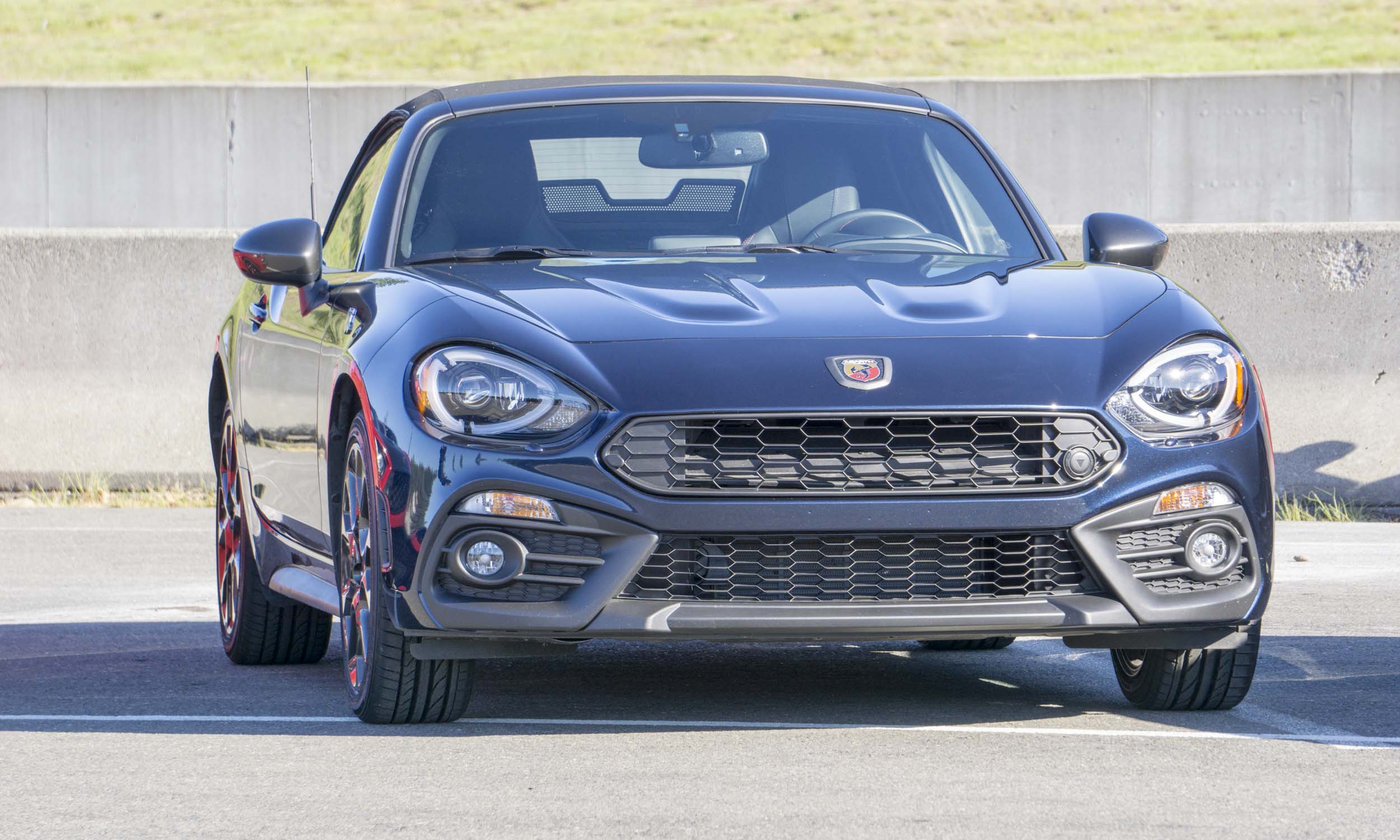 Under the Hood
While the 124 Spider Abarth employs the same 1.4-liter turbocharged powerplant as the 500 Abarth, horsepower and torque are slightly higher: 164 horsepower and 184 lb-ft of torque. A 6-speed manual gearbox is standard on the 124 Spider; a 6-speed automatic is optional. The driver also has the option to select Sport mode, which provides a more responsive throttle and builds boost more quickly, in turn lowering the rpm for peak torque. 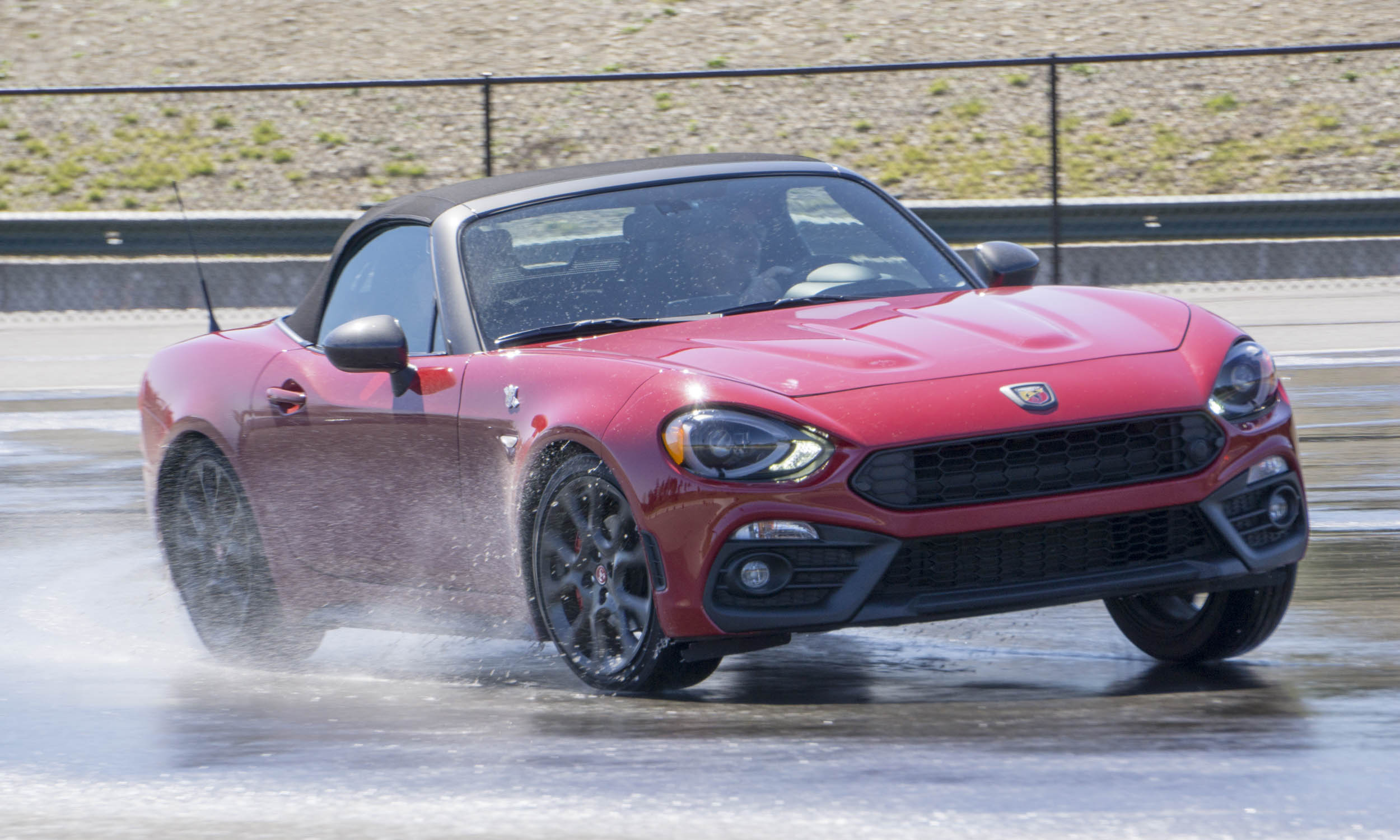 Skidpad
The Skip Barber team set up a wet skidpad so we could fully explore the 124 Spider’s driving dynamics. Stabbing the throttle while driving around the circle would immediately kick the rear of the car out, but thanks to the quick steering and responsive throttle it wasn’t difficult to set the 124 Spider Abarth in the right direction. Although we weren’t given the opportunity, the 124 feels like it would be easy to drift around the circle without much difficulty. 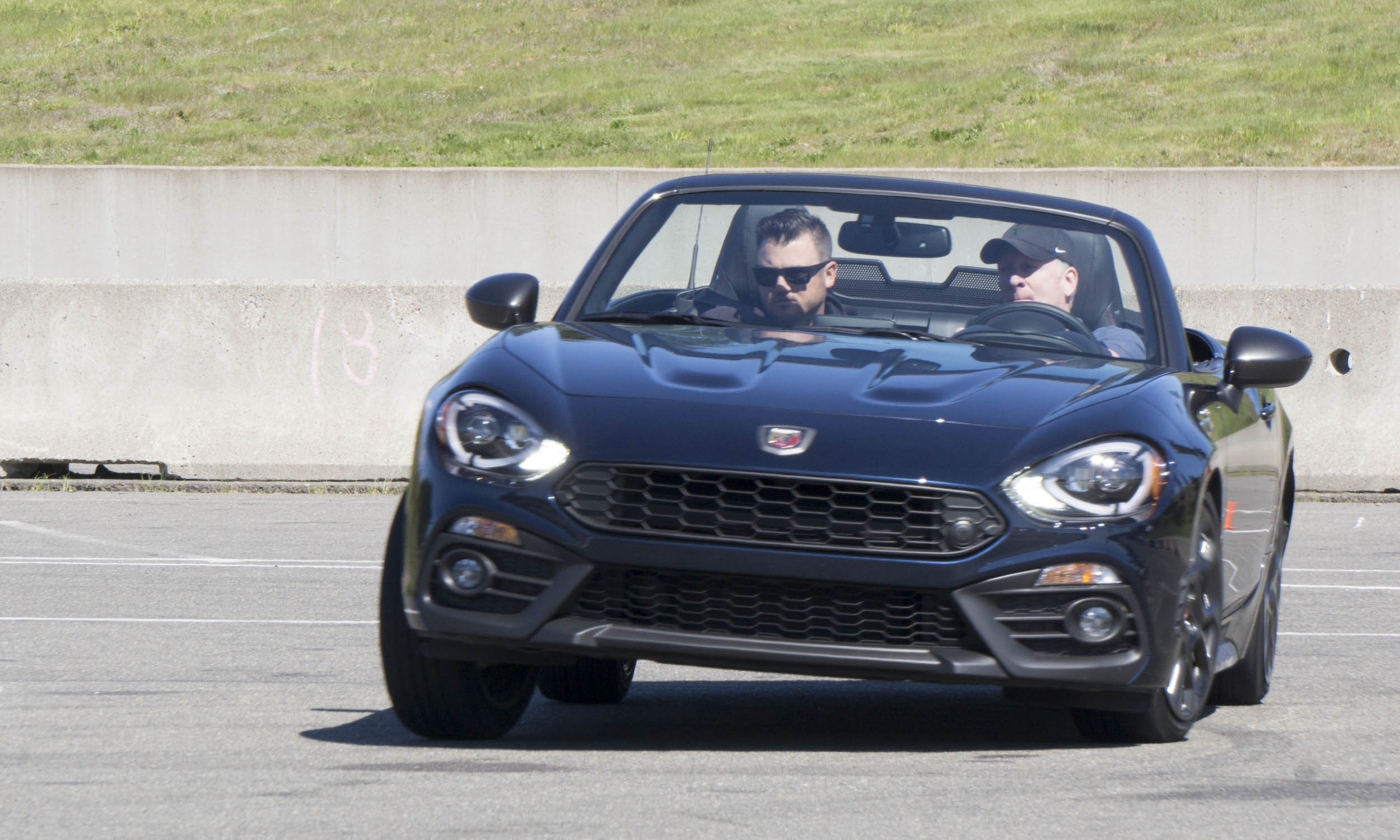 Great Fun
While the 500 and 124 are very similar in weight and power, the driving dynamics are quite different — as one would expect. Around the autocross course, the 124 is nicely balanced, making it easy to control. Even at lower speeds —we never got out of third gear on the course — it was easy to toss the roadster around and still maintain control. 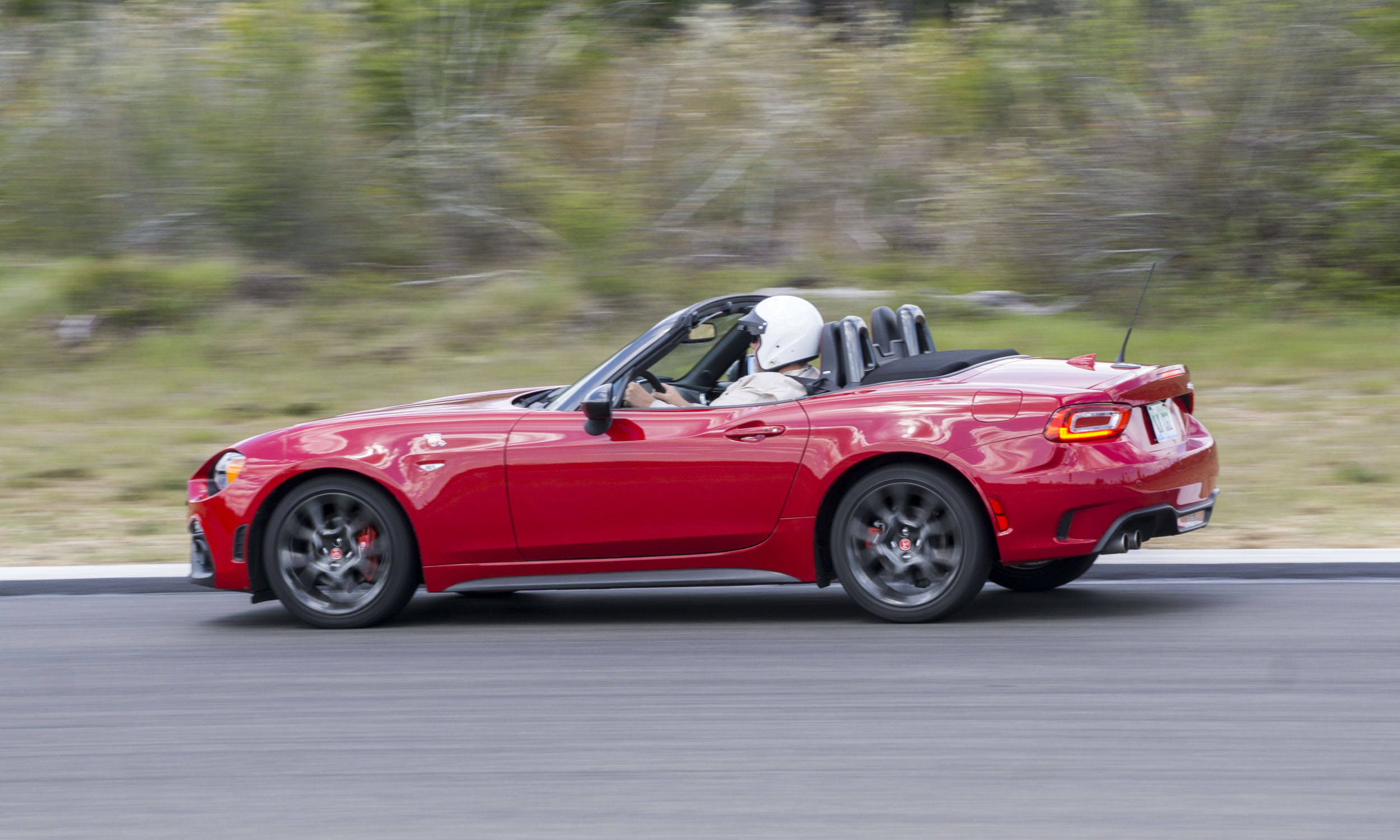 On Track
Once we ventured out on track with the 124 Spider Abarth speeds quickly climbed, but the control remained. Quick changes in direction never left the car unsettled. There were times when more power would have been welcome, but in most situations there was enough motivation to keep this lightweight roadster moving quickly. 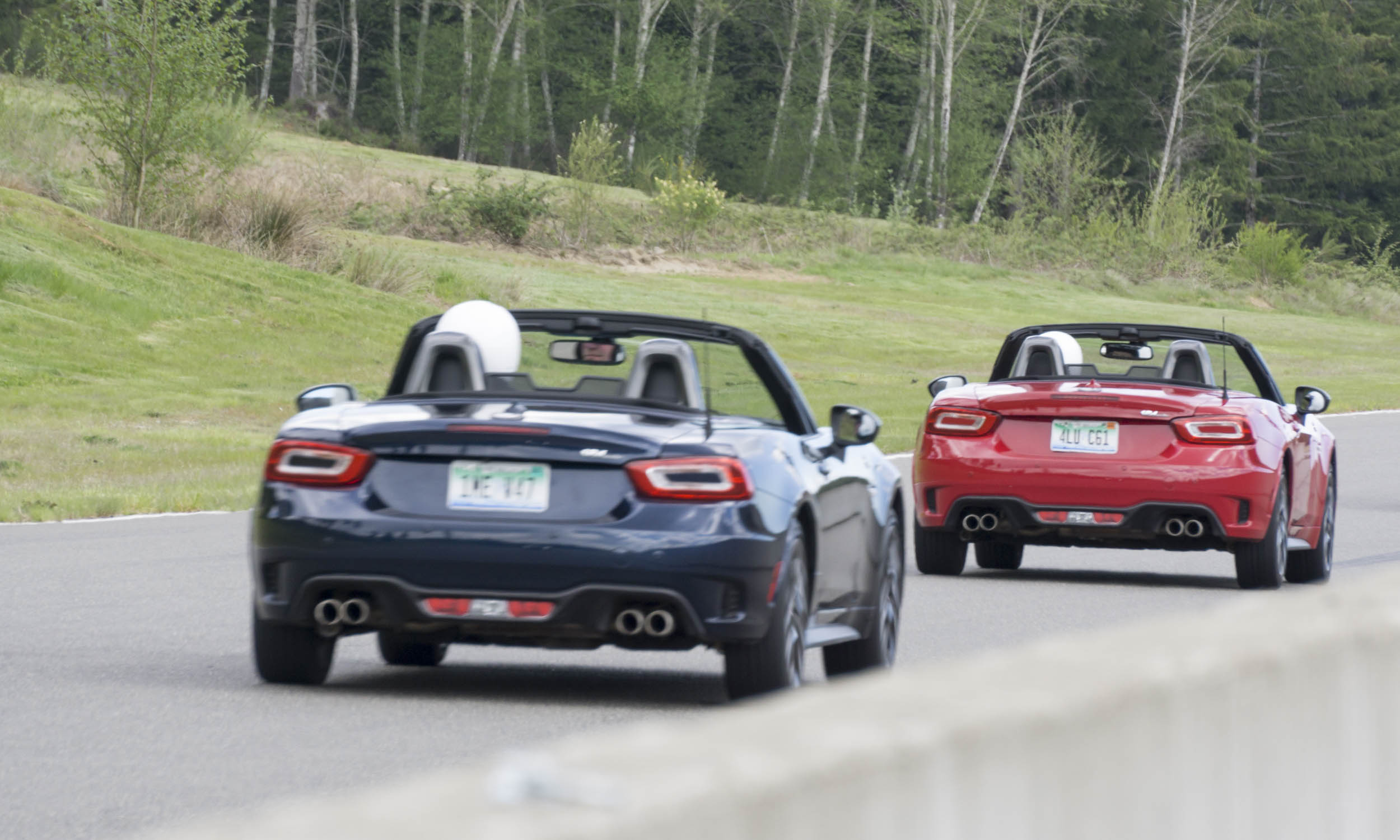 Great Brakes
Not only is The Ridge a great course for showcasing a car’s handling and ride quality, it also puts the brakes to the test. A few of the tighter turns are at the bottom of a hill, which requires hard braking over and over, but we never felt the brakes fade — they felt consistent throughout our track run. This isn’t always the case when taking a road car onto the track. 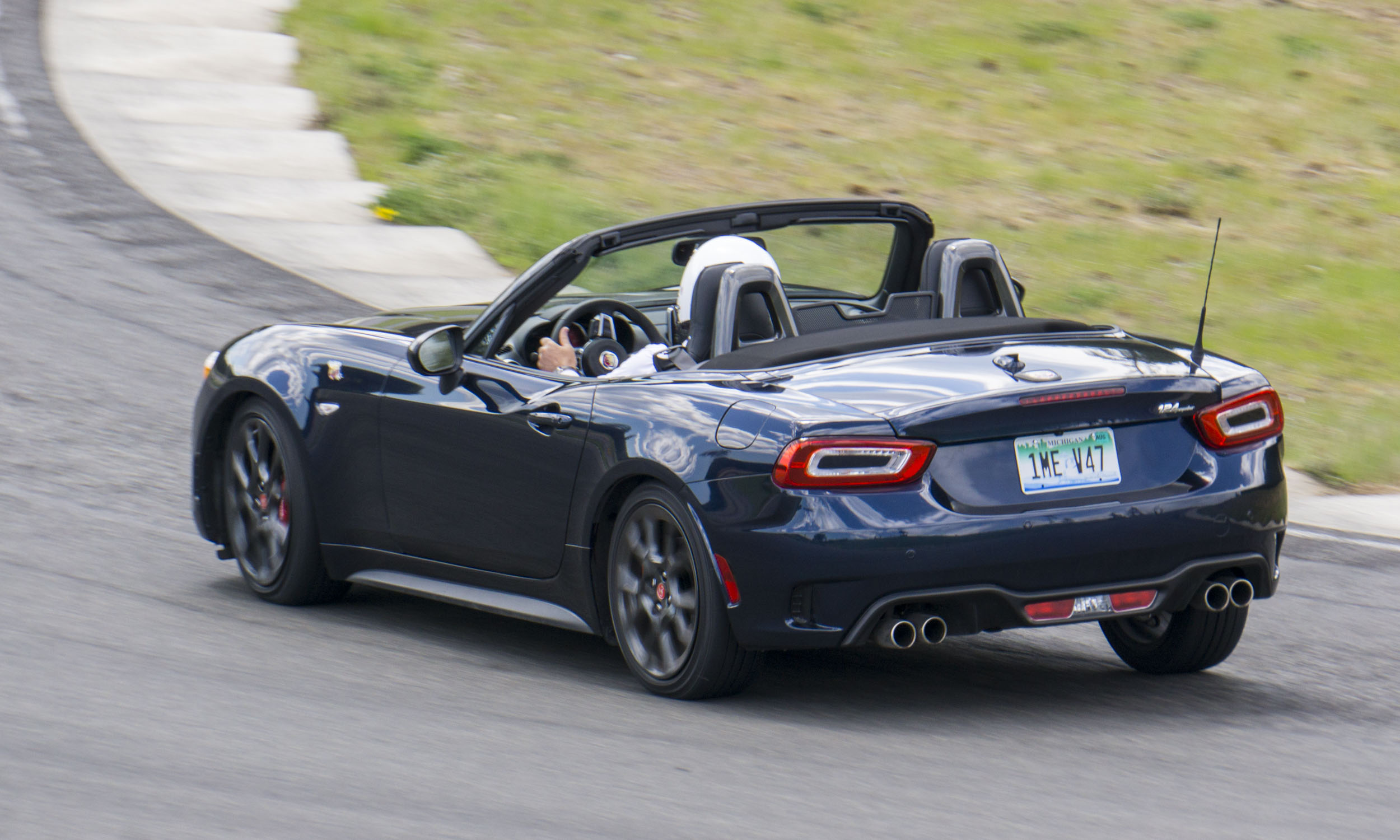 Bottom Line
The two Abarth offerings from Fiat — the 500 and the 124 Spider — are prime examples of sports cars that offer excellent performance without the need for gobs of power. Granted, both have less power than many of their competitors, but with the upgraded suspension, tires and brakes, the Abarths can be great fun on the street, on an autocross course or on a track. And with starting prices of around $25,000 and $30,000 respectively, the 500 Abarth and 124 Spider Abarth are great values for the everyday driver who wants to smile while cruising from point A to point B. 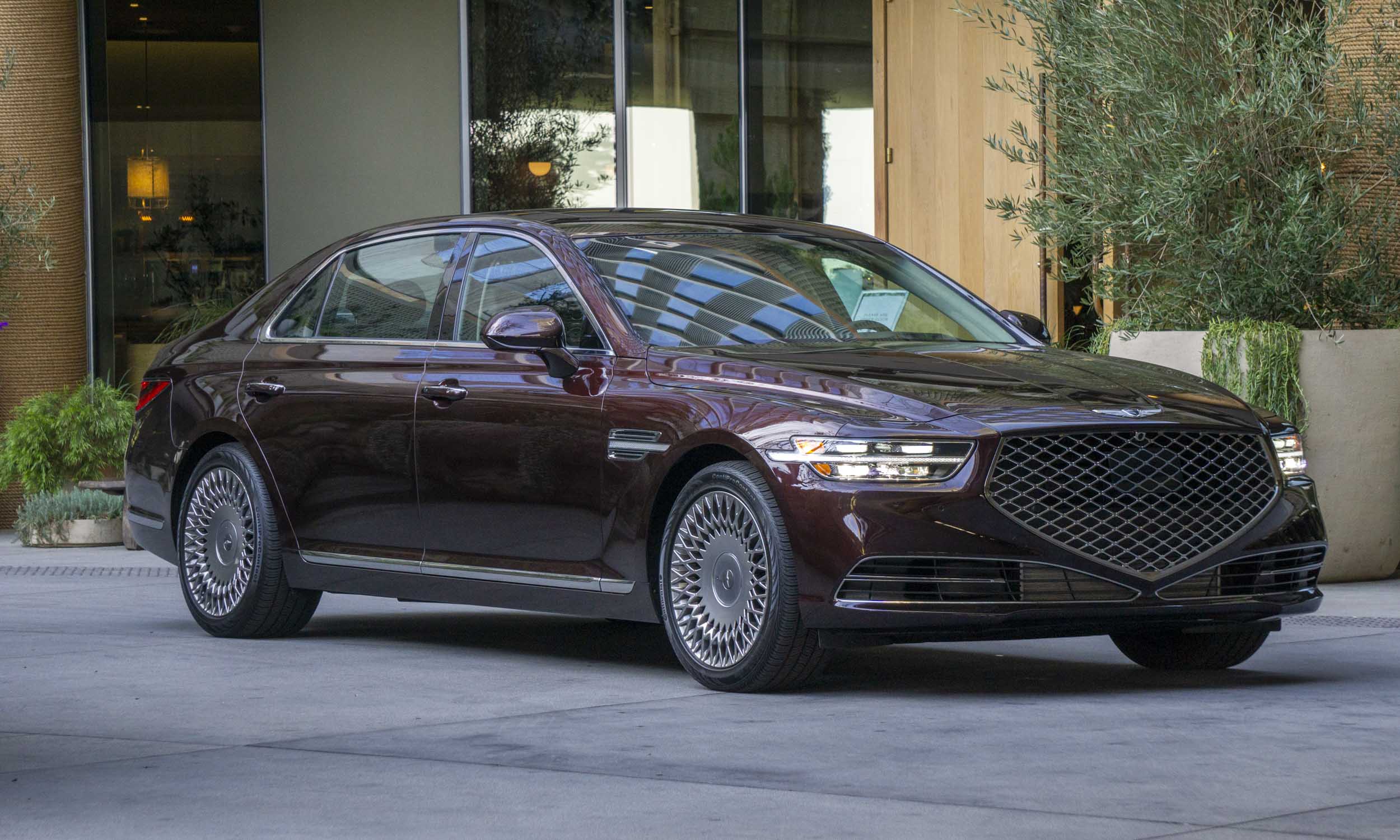 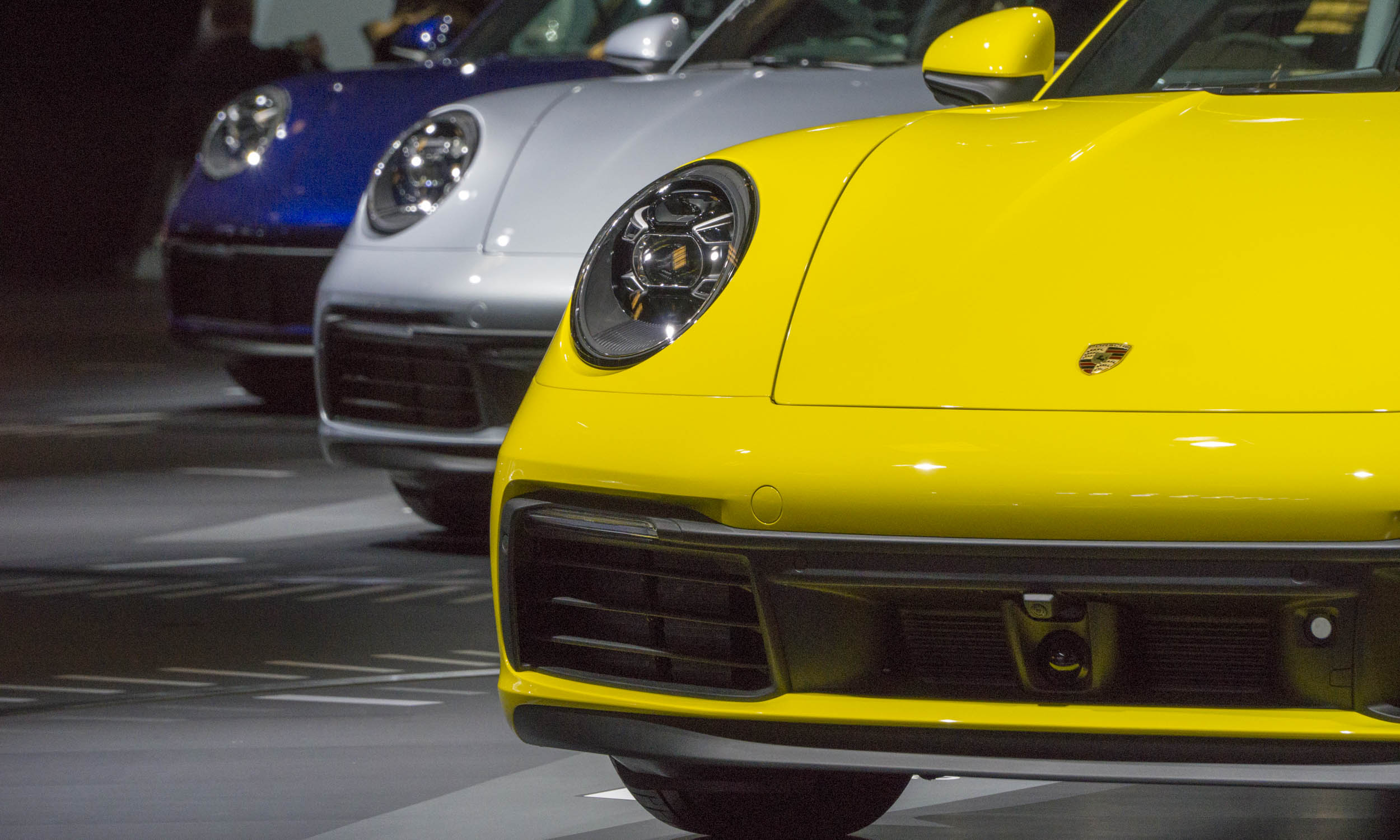