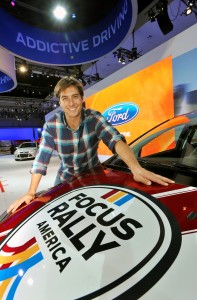 Even though viewers at home will watch Moseley help bring the adventure to life, they can still get in on the fun by playing along at home. They can become a dedicated supporter of a rally team, experiencing the new Focus just as the team members are and even impacting how quickly the teams move ahead.

According to Jeff Eggen, Ford Car Experiential Marketing manager, the 35-year-old skiing champion will bring his adventurous attitude and social vibrancy to the show, which will air on Hulu starting Feb. 1, 2011, with additional content shared in real time on YouTube, Facebook and Twitter.

Moseley has made a name for himself in entertainment media as a commentator for X Games on ESPN, a judge for ABC?s?Master of Champions, host of?Battle of the Sexes on MTV and host of NBC?s?Saturday Night Live. Just recently, he was named a celebrity participant in the prime-time show?Skating with the Stars, which will air later this year on ABC. 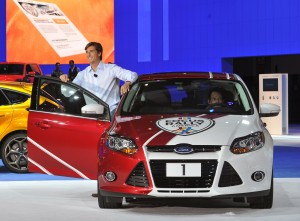 ?Interactive elements will engage viewers to not only follow along in real time but to participate in challenges during the rally,? said Eggen. ?Viewers can follow along and root for their favorite teams on a daily basis in the digital and mobile world, resulting in a very engaging program.?

Viewers of Focus Rally: America will be able to play from home in several different ways, including pledging their support to a specific team by becoming a registered member of that team. They will aid them in completing their challenges, being available for assistance and using social media tools to interact with them during the rally.

By visiting the team?s website, followers also will be able to see what photos, videos and tweets the teams have been uploading.

Followers also will experience the car similar to how the rally team members are. They will get to see the car in action through webisodes, and also hear feedback from team members about the car?s performance and design. Supporters even will get the chance to check out the Focus in person if they go to the location where the rally is passing through, and have the chance to see the teams compete in live challenges.

As the vehicles the competitors drive in the rally, the 2012 Ford Focus will be featured prominently throughout the program. Players will use the vehicle?s class-leading new technology ? such as Ford SYNC?, MyFord Touch? and the Navigation System ? to complete tasks and challenges.