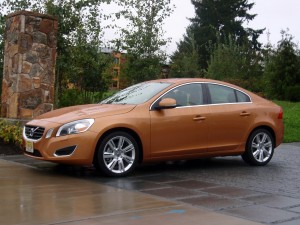 She ? I slipped behind the wheel of the Vibrant Copper Metallic Volvo S60, buckled up and started driving down the parking lot directly toward the 10-year-old boy standing in the middle of the lane.

I was driving at just over 20 mph; he failed to move out of my way and the distance narrowed quickly.? I did not touch the brakes, nor did I swerve.? Suddenly, without any action from me, the S60 slammed hard to a stop, coming to rest about four feet from the child.

Ok, the child was just a dummy, but it could have easily been a child running out between parked cars and I may have been distracted, settling into the drive.

He ? I had the same pulse raising experience with the dummy, but what really got my heart pounding was driving the new Volvo S60 around the new Oregon Raceway Park.

We often get to drive fast cars on the road, but seldom get to try them out on a track to experience their full potential.

Volvo arranged for us to get a few laps on one of newest tracks in the country, carved out of the wheat fields of north-central Oregon near Grass Valley.? The 2.3-mile road course is one of the most challenging I?ve ever driven with 14 difficult corners, many of them blind, and with elevation changes of more than 400 feet.

While most Volvos handle well, the new S60 is not a typical.? It has the kind of balance, agility and acceleration we normally expect on something like a 3-Series BMW, C-Class Mercedes-Benz or the Cadillac CTS.

She ? With a basic styling attributed to the four-door coupe design first started by the Mercedes-Benz CLS, the Volvo S60 is a 180-degree turn from the classic square Volvos from the last few decades of the 20th century.

Volvo has always had a strong logical appeal with its reputation for being the safest car on the market, but the S60 expands the attraction with a more emotional appeal.? It?s now a car that owners turn back to look at, as they walk away.? It causes people to do a double take at stoplights and in parking lots, to make sure that they read the name correctly ? ?Yes, it?s really a Volvo.? 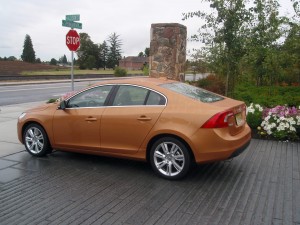 He ? The emotional appeal runs deep into the drivetrain too, which links a 300-hp, 3.0-liter turbocharged six-cylinder engine, to all four wheels through a six-speed ?Geartronic? transmission. ?Achieving 325-lb.ft. of torque at just 2,100 rpm, the inline engine produces 0 to 60 mph times of 6.5 seconds according to Volvo and has a top speed limited to 130 mph.

S60 buyers can chose between three chassis setups to match their driving style.? Standard is the Dynamic Chassis that combines strong control and agility with a firmer ride.? Shoppers more concerned with comfort will want the no cost optional Touring Chassis, which produces a smoother ride, especially on rougher surfaces.? The FOUR-C (Continuously Controlled Chassis Concept) active chassis is a great investment for $750 extra.? Using a variety of sensors, FOUR-C continuously monitors the car?s behavior and instantaneously adjusts the dampers to best suit the driving conditions.? The driver can also select from a Comfort, Sport and Advanced settings to change the complexion of the system.

She ? I?ve always found the combination of softness and support in Volvo seats to be the most comfortable of any new car.? They don?t tire me out on long trips like many of the overly firm seats.? I especially like the looks of the new Beechwood Brown and Off Black Leather seats that remind me of the color of a natural leather saddle. 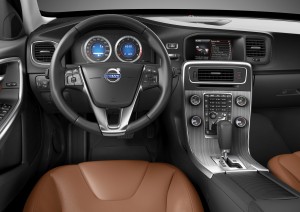 Volvo?s Scandinavian heritage shows through on the interior design with clean organic shapes and their trademark ultra-slim center control panel with a choice of several surface inlays.

Designers eliminated the awkward navigation screen that rose from the dash on the previous model replacing it with a more traditional screen built into the center of the dash above the center stack.? They also changed the navigation controls from a joystick on the back of the steering wheel to a thumb wheel and buttons on the surface of the wheel.? The new ?nav? system can also be controlled by voice commands.?? The system appears to be a big improvement over the previous generation, but I?ll reserve judgment until I get to live with it for more than a few hours.

He ? On the 165-mile drive from Newberg, Ore. to the racetrack in north central Oregon, I experienced everything from narrow back roads to freeways and the S60 was always comfortable, well controlled and quiet.

On the racetrack, the car had outstanding handling characteristics thanks to new technologies like the standard Corner Traction Control by Torque Vectoring.? This system redistributes torque to the outer wheel to help ?steer? the car around turns.? The system works on both front and rear wheels significantly reducing understeer.

She ? Volvo is initially offering only the top-of-the-line T6 AWD version in the U.S.? Later other engines and models will be added.? This very well equipped model has a base price of $38,550 including the destination charge.? Four available option packages (Climate – $800, Multimedia — $2,700, Technology — $2,100,? and Premium – $1,500) add more than two dozen enhancements including a navigation system with traffic conditions, rear park assist camera, adaptive cruise control, lane departure warning, audiophile audio system, moonroof and dual Xenon headlights with Active Bending Light.? With all the options, the price goes to $51,300.

As an extra incentive, Volvo added a new Safe and Secure program for all 2011 model cars.? It includes all scheduled maintenance for the first five years or 60,000 miles.

He ? Arriving at U.S. dealers about the same time Ford is completing sale of Volvo to Chinese automaker Geely Holding Group Company Ltd., the S60 also represents a major transition to an exciting new style of safe cars for enthusiastic drivers. 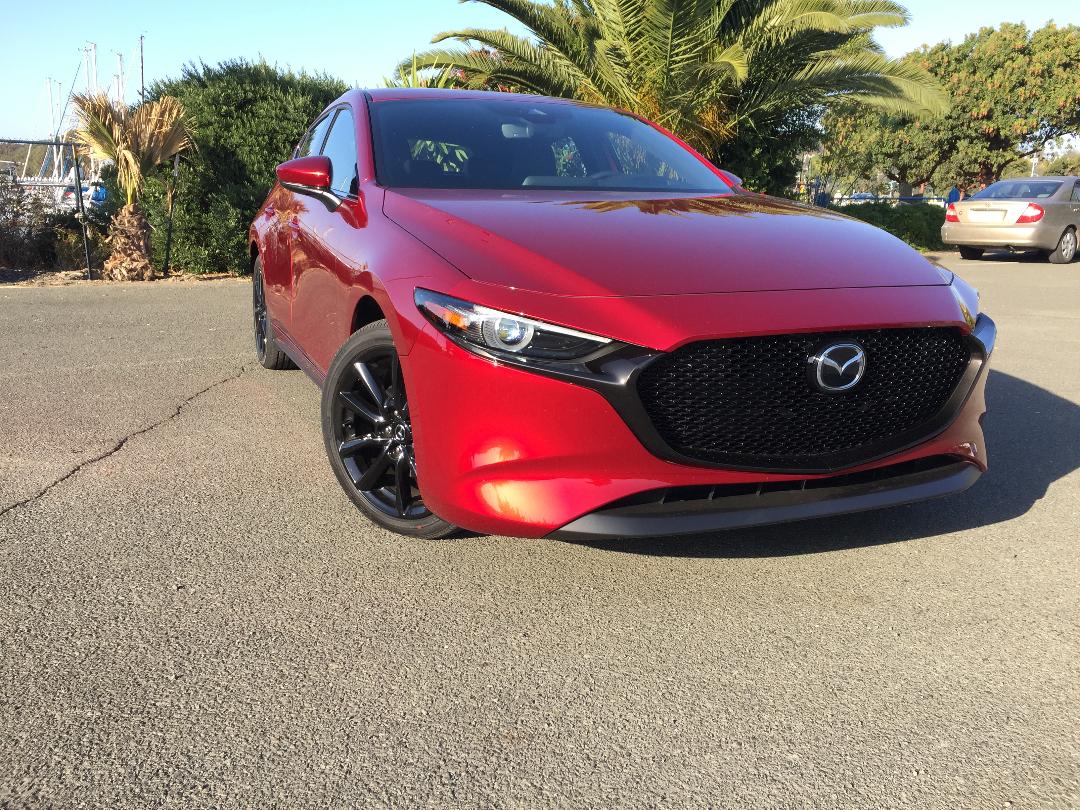