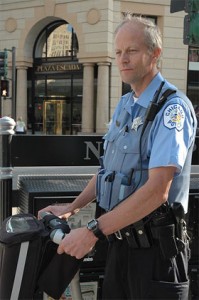 With summer being the season of driving and tax revenues falling across the United States, municipalities are looking to the police to generate more revenue by issuing more traffic citations. So it’s no surprise that the news wire this morning has more announcements of zero-tolerance traffic crackdowns as the summer driving season approaches.

Today’s topic is speeding – police departments from coast to coast are planning to have every officer on the road to collect your cash over the next few months. As an example, the Washington? D.C. area is warning motorists that over 90 law enforcement agencies are collaborating in a program they call “Smooth Operator.”

“Drivers need to understand that keeping their … foot off the gas is essential to protecting themselves as well as other motorists,” said Sheriff Mike Evans, President of the Maryland Sheriff’s Association.

“Speeding is a real threat to all who share the roadways and requires a pan-regional effort,” noted Colonel George F. Johnson, IV, President of the Maryland Chiefs of Police Association. “Close collaboration and cooperation across jurisdictions is what makes Smooth Operator so successful in both enforcement and education.”

In the Washington D.C. metro area citations during four enforcement waves in 2009 totaled more than 408,577 – more than six and a half times the 62,000 issued in the initial year of 1997. Nearly 3.2 million citations and warnings have been issued since the beginning of the Smooth Operator program.

As summer gets underway, be on the lookout. Most police departments generally step up road enforcement in the summer, and if you’re traveling, you’ll want to be extra careful.