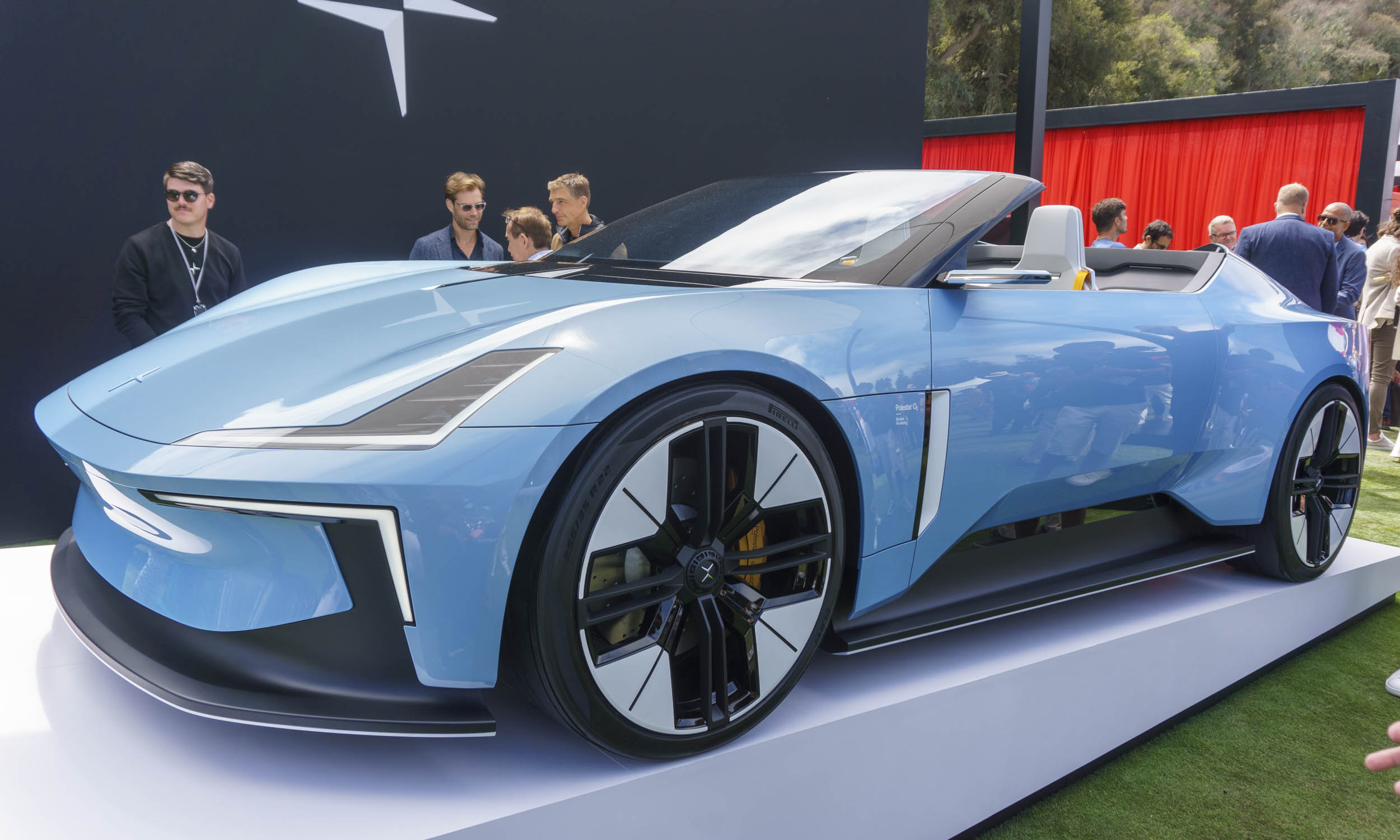 Electric Roadster
Earlier this year, Polestar took the wraps off the O2 Concept — a sexy, high performance electrified roadster. The second concept created by the high-performance EV brand, the stylish O2 Concept showcases possible directions for Polestar design and technology. Recently the company announced that the O2 Concept will become reality when it goes into production as the Polestar 6. 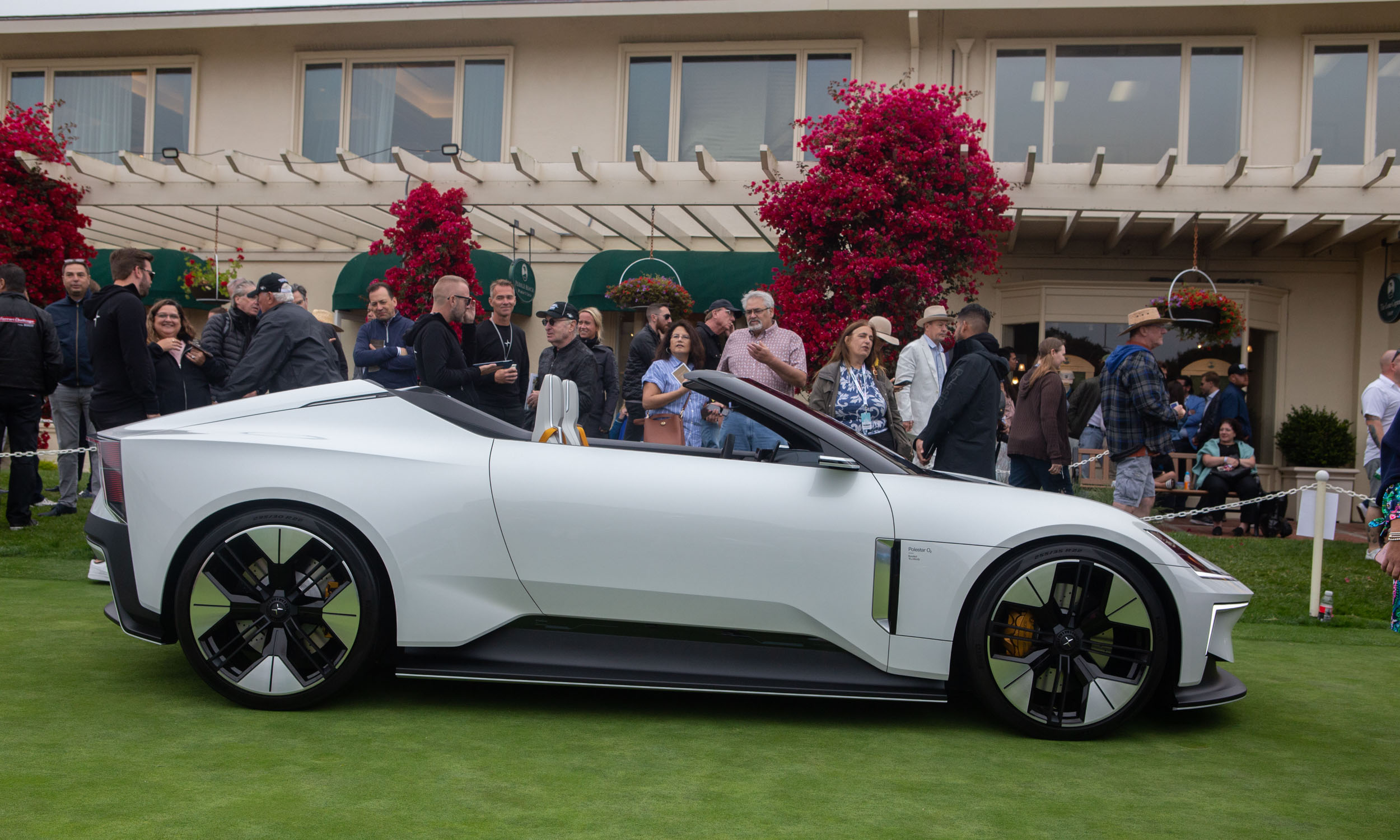 Moving to Production
“With the overwhelming consumer and press response, we took the decision to put this stunning roadster into production and I am so excited to make it a reality,” said Polestar CEO Thomas Ingenlath. “Polestar 6 is a perfect combination of powerful electric performance and the thrill of fresh air with the top down,” Ingenlath enthused. 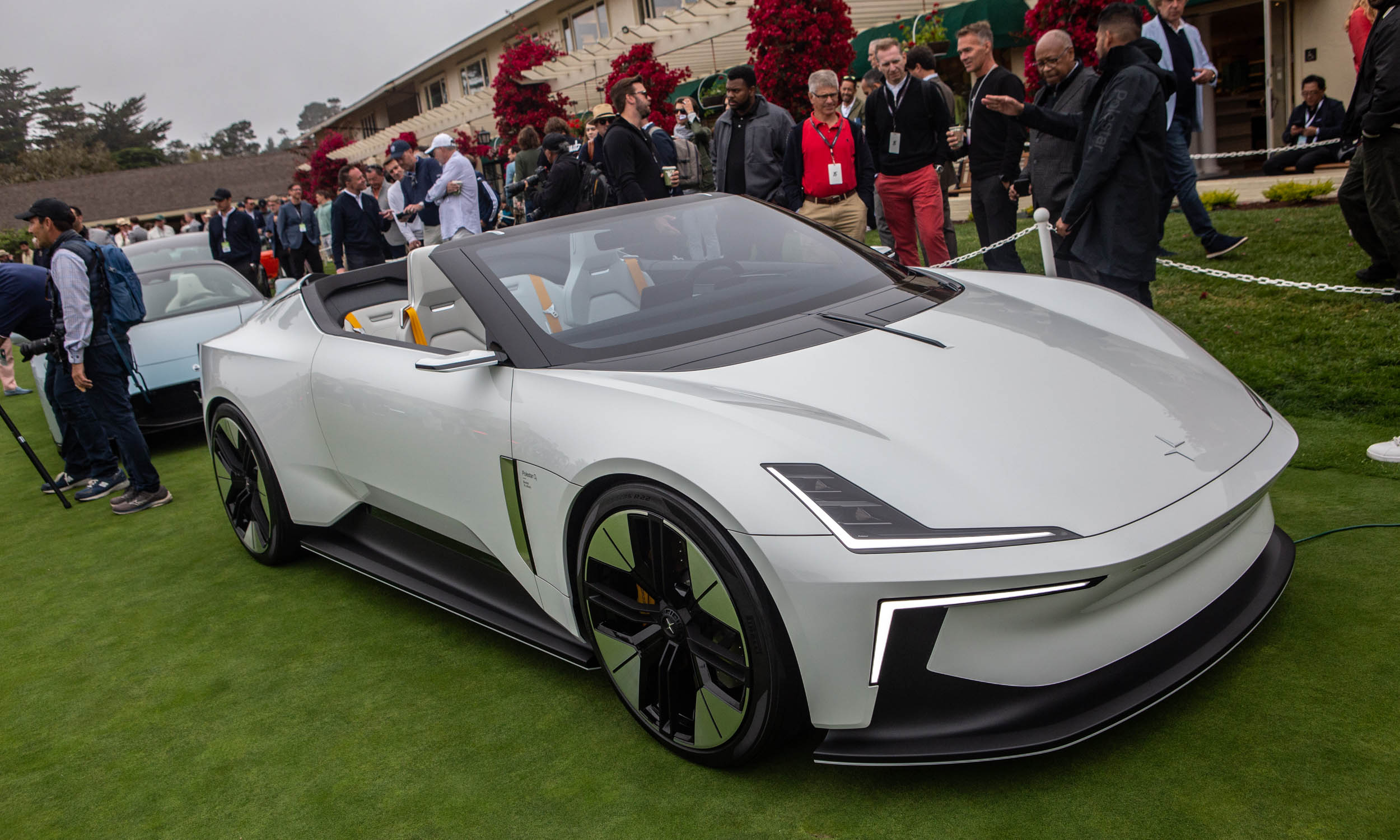 Announced During Monterey Car Week
As part of the confirmation that this new electric sports car will be moving to production, Polestar showcased the O2 Concept at The Quail, a Motorsports Gathering, as well as at the Pebble Beach Concours d’Elegance — two mainstay events of Monterey Car Week, held every August on California’s Monterey Peninsula. 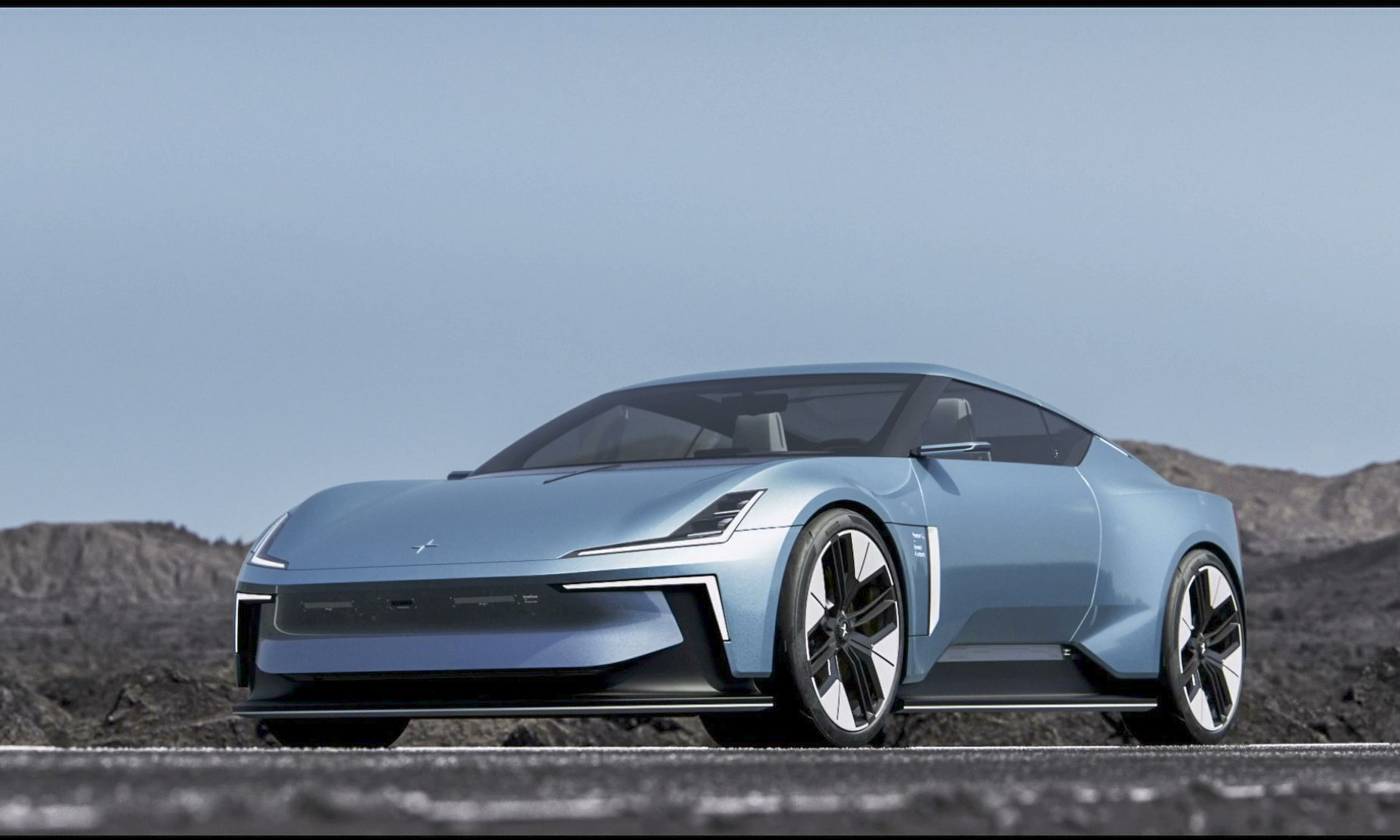 New Styling
The O2 Concept features styling similar to the Precept concept that debuted in 2021, but adapted for a sleeker body design. Like a proper sports car, the O2 sits low and wide to evoke an aggressive stance. The short front and rear overhangs and longer wheelbase provide classic sports car proportions, further emphasized by 22-inch wheels. 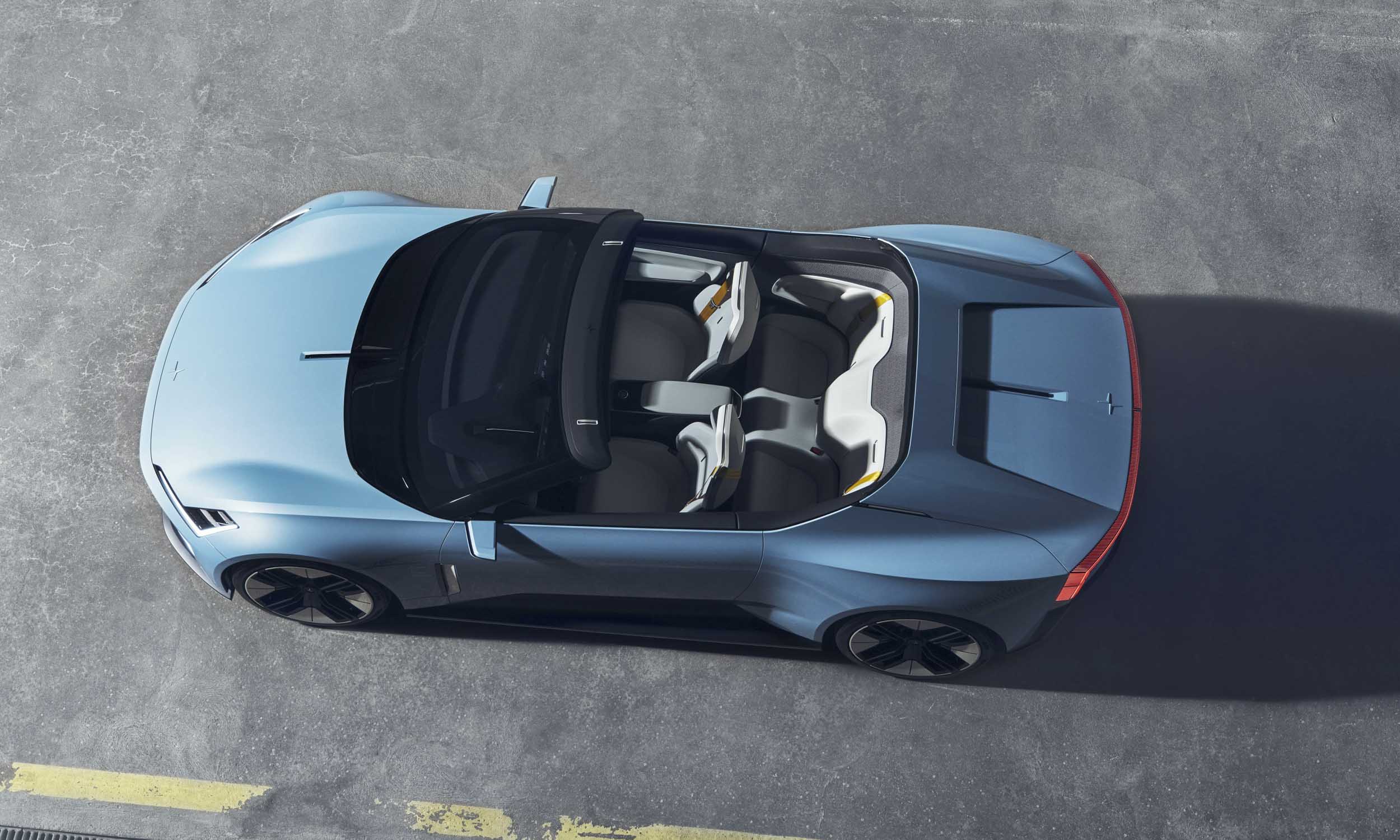 Retractable Hardtop
When the hardtop is closed, the O2 Concept / Polestar 6 features a sharp silhouette that smoothly flows from the top of the windshield to the taillights. The top features a panoramic glass roof so even while closed it permits plenty of natural light within the cabin. When it’s time to enjoy some open-air motoring, the hardtop folds out of sight below the rear deck. 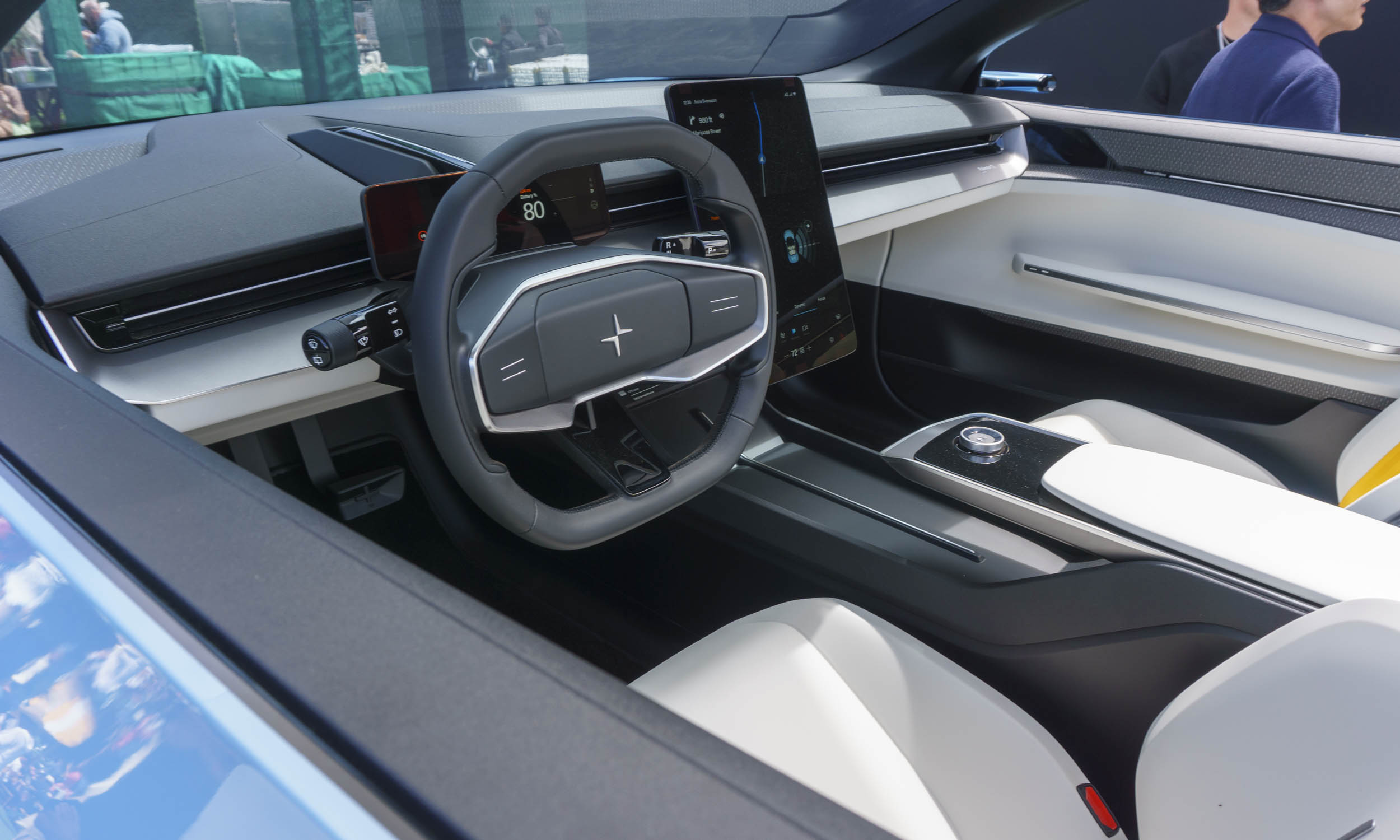 Sustainability Showcase
Not only is the Polestar O2 a vision of an electric sports car, the brand has also created this concept as a showcase of sustainability. Soft interior components are made from recycled polyester including foam, adhesive and knit fibers. This reduces waste while simplifying the future recycling potential for these materials. Polestar also uses a thermoplastic mono-material to manufacture multiple interior components. Many of these components are likely to make it to the production model. 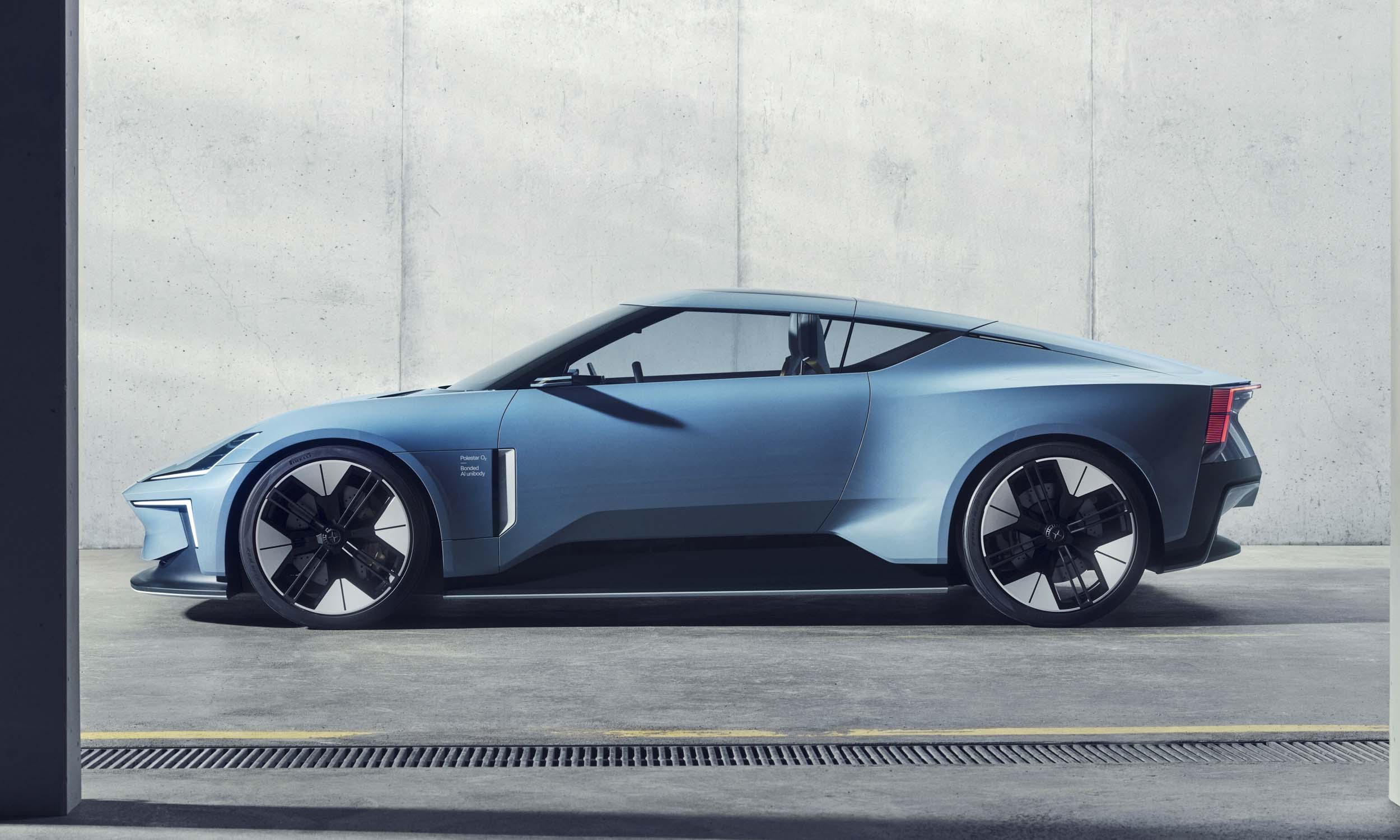 Bespoke Platform
The production convertible will be built on Polestar’s inhouse bonded aluminum platform and will use the company’s 800-Volt electric architecture that has already been announced for the Polestar 5. Polestar 5 will be the company’s electric flagship, expected to arrive in 2024. 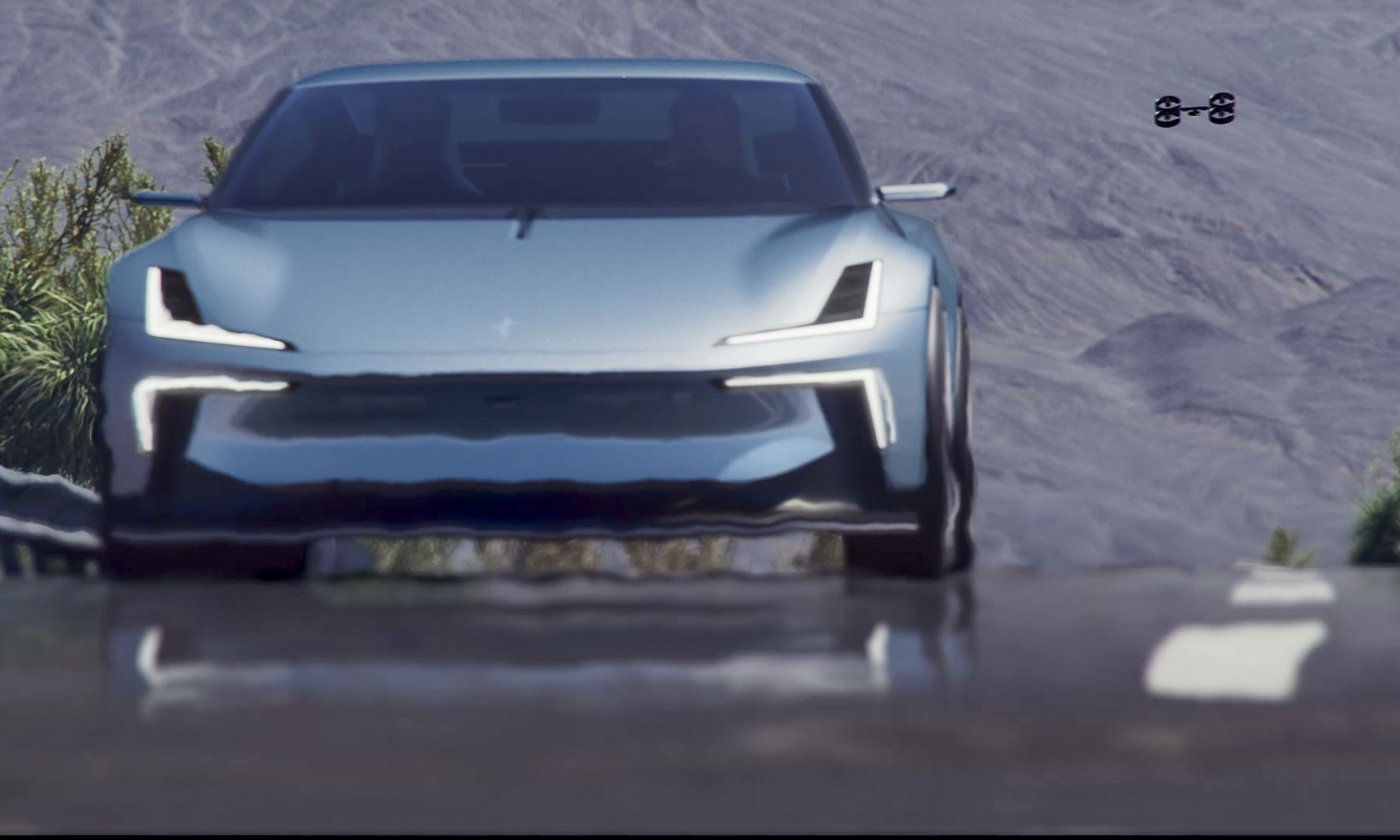 Powerful
Polestar 6 will feature a dual-motor powertrain generating up to 884 horsepower and 664 lb-ft of torque. Polestar estimates this new electric roadster will sprint to 60 mph in 3.1 seconds on its way to a top speed limited to 155 mph. Expect the Polestar 6 to be able to travel more than 300 miles on a single charge. 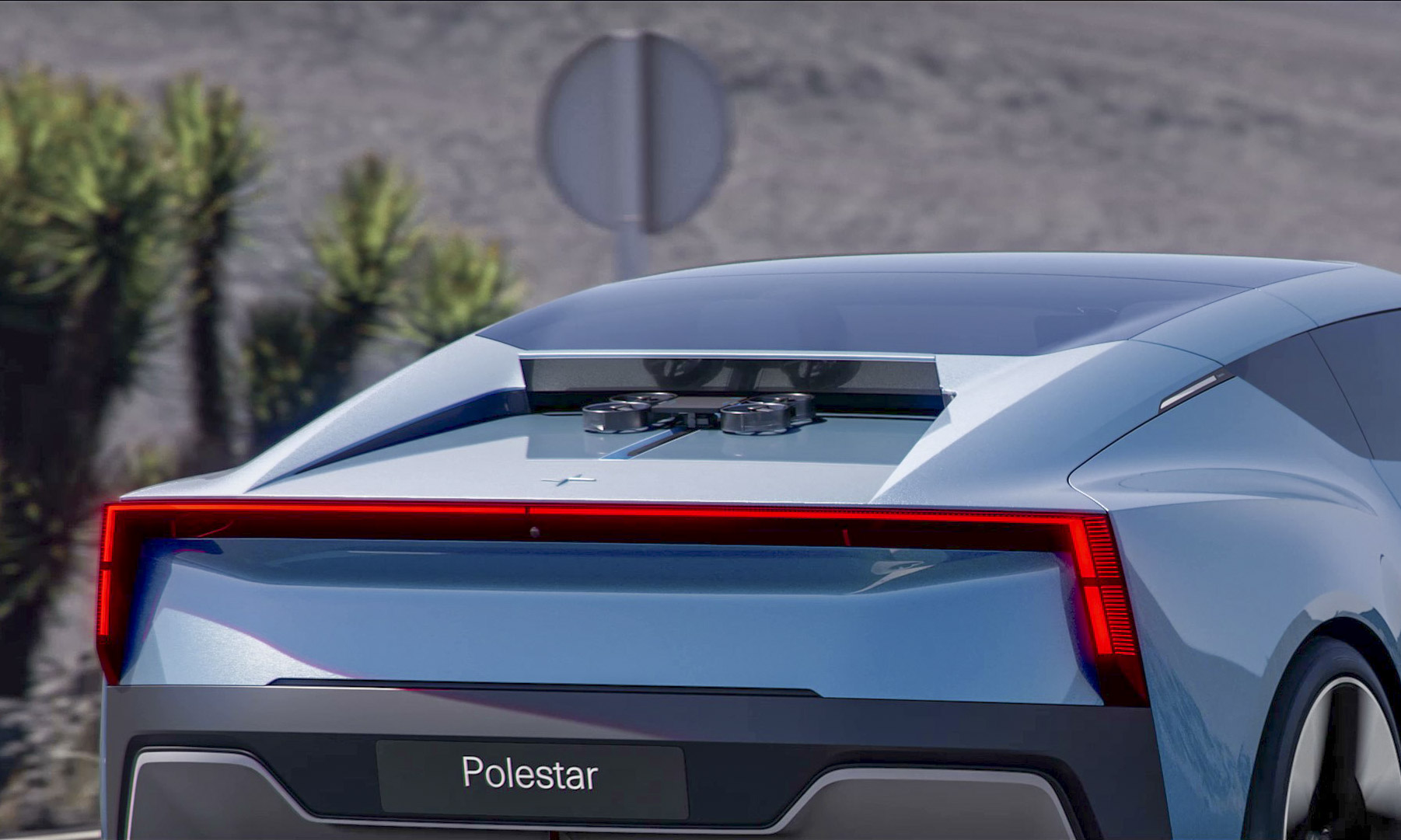 Integrated Drone?
As if this electric roadster concept isn’t cool enough, the O2 Concept features an autonomous cinematic drone installed behind the rear seats. When the vehicle is in motion, a special airfoil rises from the rear deck to provide a pocket of calm air for the drone at liftoff. The drone operates autonomously, following the car at speeds up to 56 mph while filming via a number of user-selected configurations. When filming finishes, the drone can land back on the moving car. Once the O2 parks, video can be edited on the car’s 15-inch center display and shared on social media. No word on if this unique asset will be included on the production Polestar 6, but we’re guessing likely not. 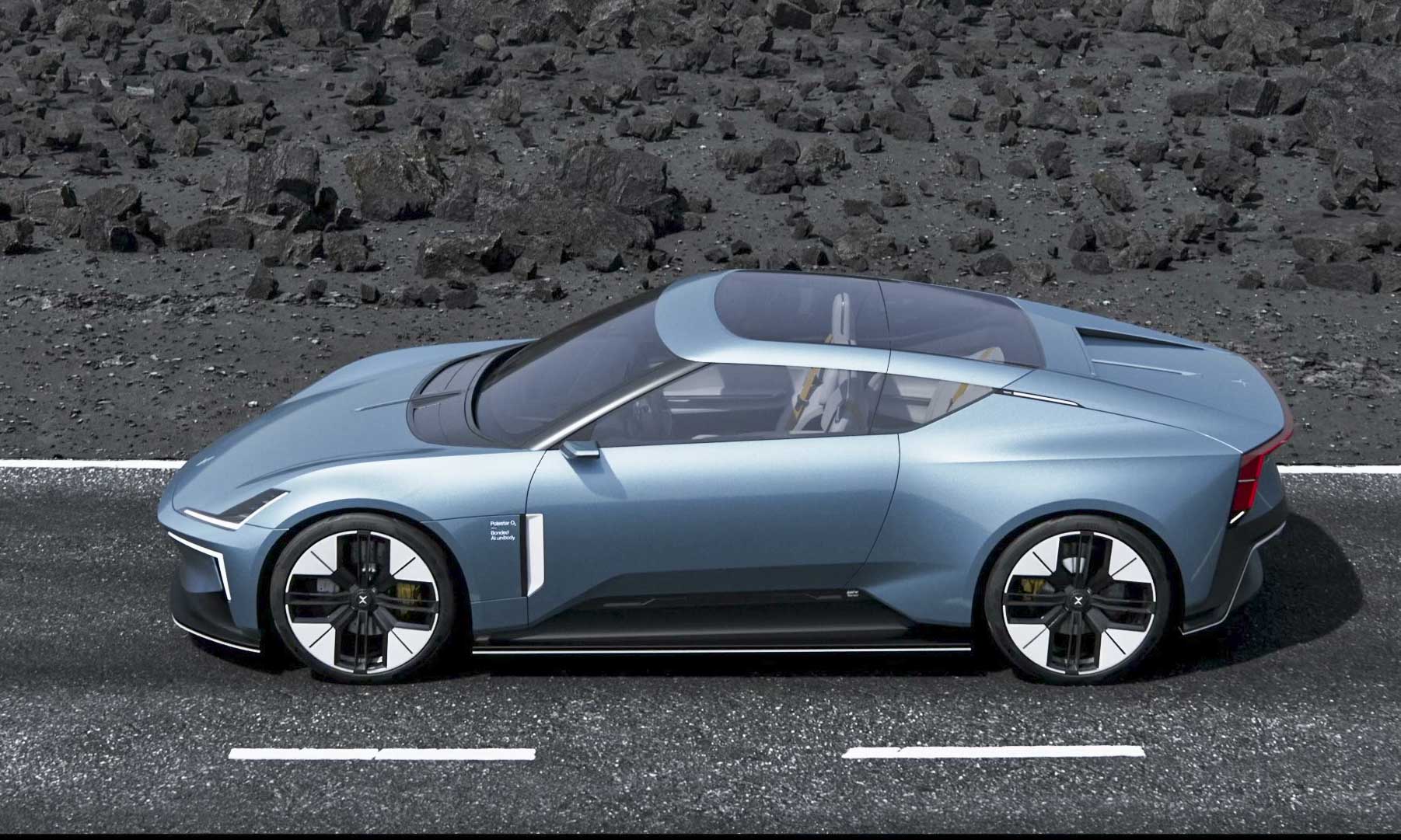 Order Now
Polestar has announced that the Polestar 6 will launch in 2026, and interested parties can reserve a build slot online at polestar.com/polestar-6. The first 500 models produced will be available as the exclusive Polestar 6 LA Concept edition — each of these special editions have already been spoken for; however, potential customers can get on a waitlist. Each special edition will be numbered and will feature a unique Sky exterior color along with custom 21-inch wheels, special graphics and animal-welfare traced leather trim. Expect pricing for the special edition to be around $200,000. 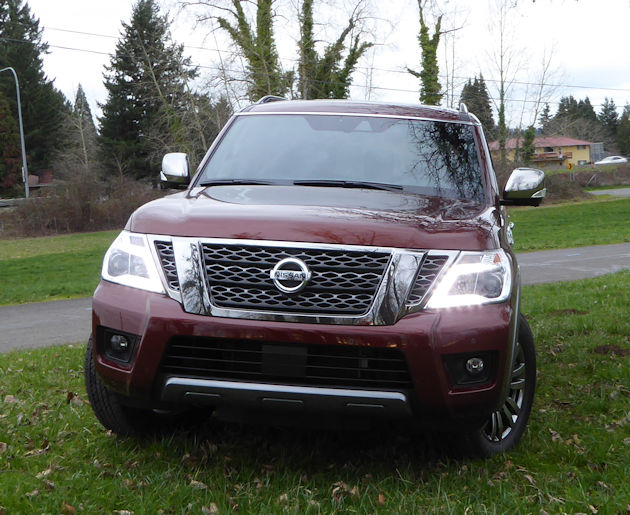 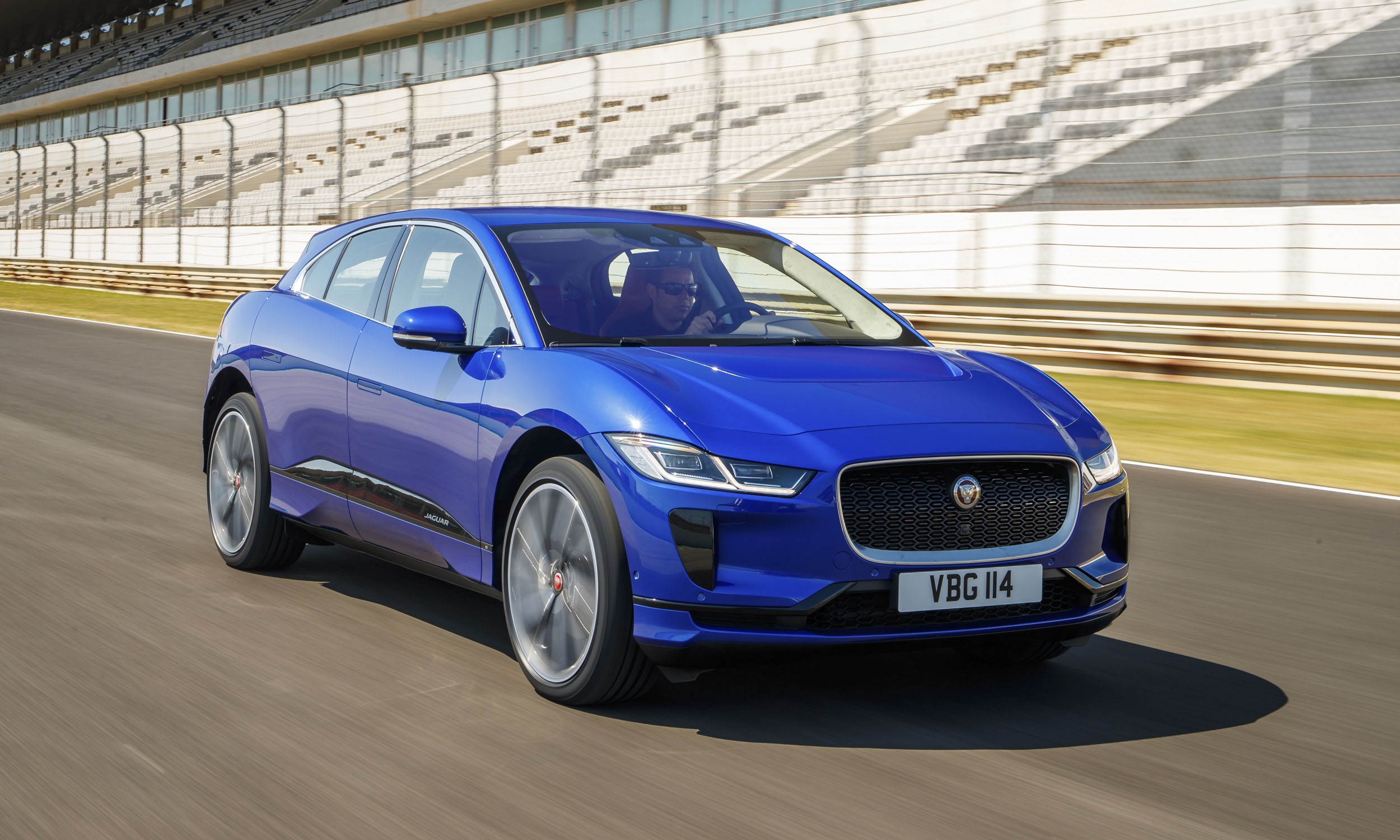