Snoqualmie, Wash. ? Even though the springtime is traditionally a rainy season in the Seattle area, the location used for the annual Northwest Automotive Press Association (NWAPA) Mudfest was dry ? in fact it was dusty.

Mudfest 2014 could have easily been called ?Dustfest,? if it hadn?t been for the big watering truck from the DirtFish Rally School that was continually watering down the courses. 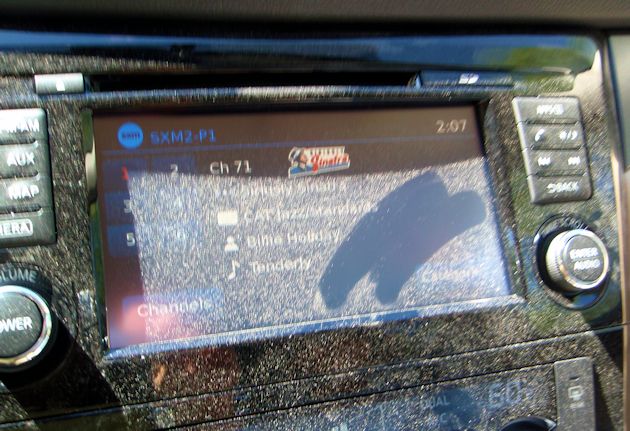 It was late April and time for the 20th Annual Mudfest. 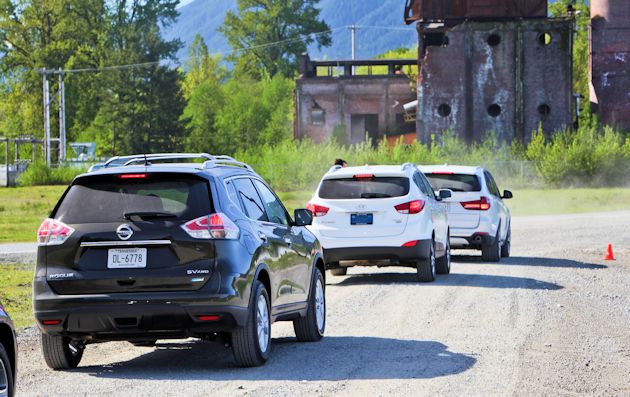 Officially titled ?NWAPA 2014 Mudfest — Northwest Outdoor Activity Vehicle of the Year?, the annual event was created in 1994 by the North West Automotive Press Association (NWAPA) to select a vehicle we believe to be the best suited for northwestern families. That first year happen to be overly wet and muddy, very muddy, so the nickname ?Mudfest? was given, and it stuck – literally. 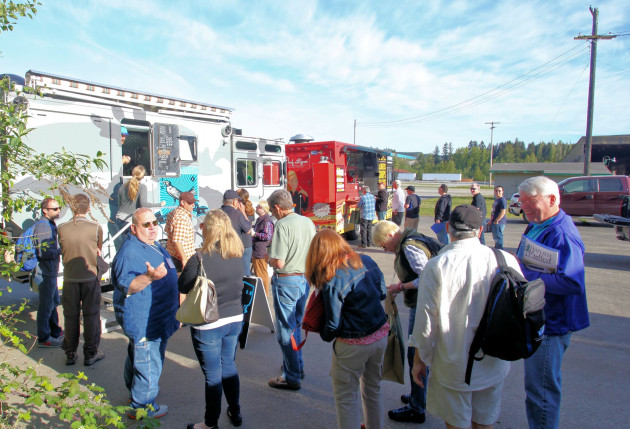 We have divided our assessments of the Compact and Premium Compact categories.

Each vehicle is listed with its base price — price as tested (including destination charge,) EPA fuel economy numbers (city/highway/combined mpg) and horsepower. 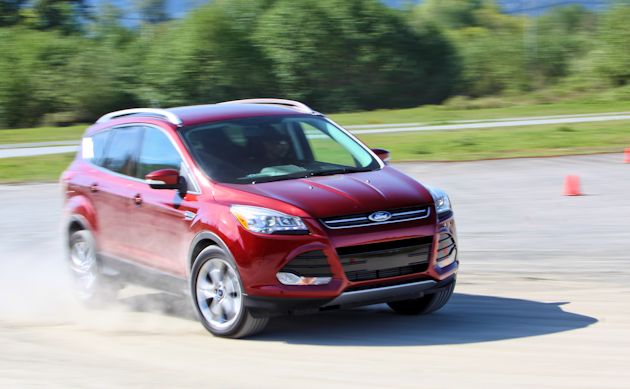 An all-new version of the Escape debuted in 2013 and it pushed the small Ford SUV in to a new league with cutting-edge styling and exciting performance thanks to the turbocharged EcoBoost powerplant. The Escape stands out on the challenging autocross maneuvers and local roads. It has important technologies like Active Park Assist and Blind Spot Detection along with a reasonably priced optional navigation system. We?re still not fans of the upper level SYNC communications and entertainment system with the MyFord Touch, but lower level versions are quite user friendly now. Barbara doesn?t care for the ?boom-box? looking dash area. The Escape was one of Bill?s favorites. 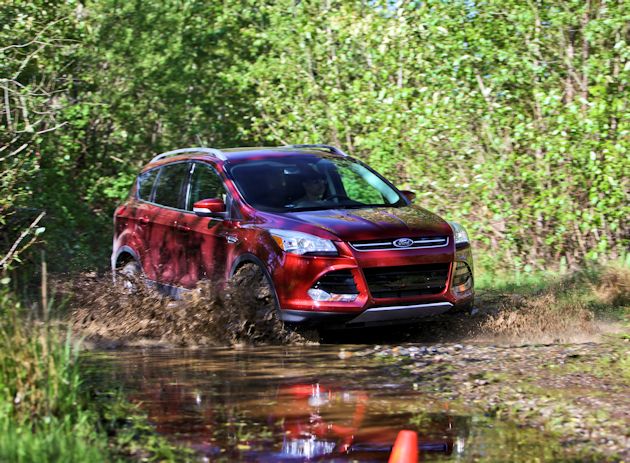 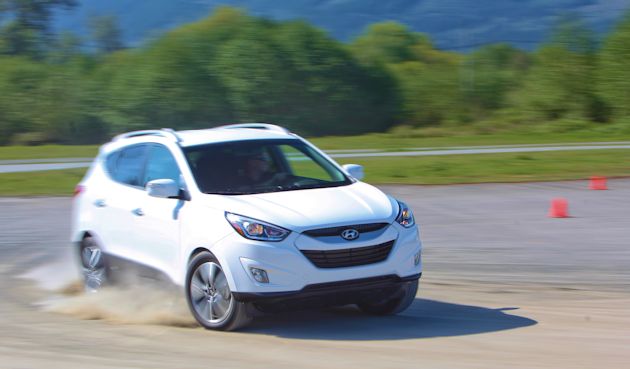 The Hyundai Tucson Limited ranks as one of the best values of the 23 models in this year?s Mudfest. In additional to handling all the elements of the drive test with flying colors, the Tucson has an amazing list of standard features like heated leather seats, Hyundai Blue Link? Telematics and all the power features we love. Helping with off-road duties are Downhill Brake Control and Hill Start Assist systems. In addition Hyundai still has the best warranty in the business. 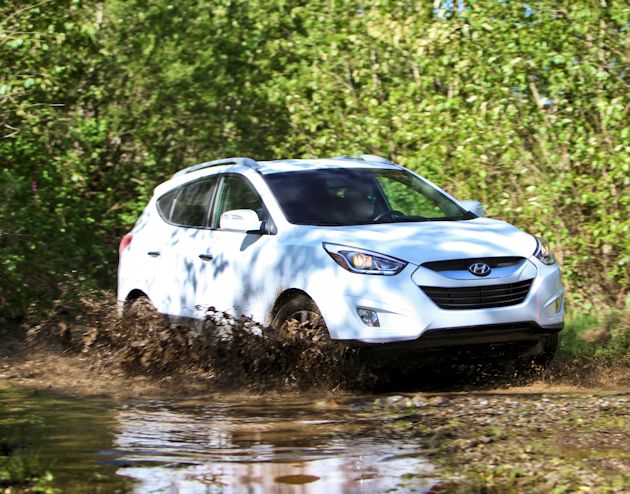 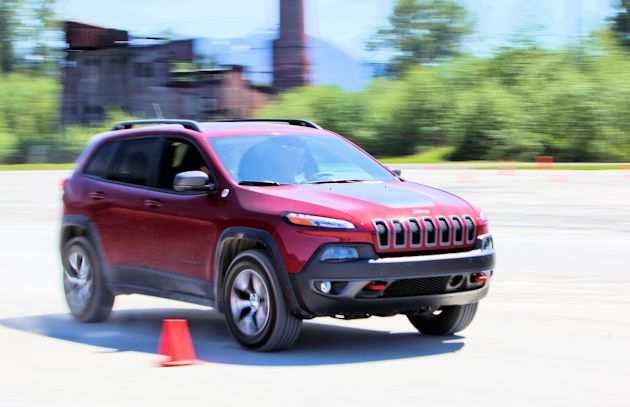 The Jeep Cherokee is impressive and the group gave it the top prize in the Compact category and named it the Northwest Outdoor Activity Vehicle of the Year. The Cherokee was a standout in all the drive tests and even went on to the extreme course where it competed favorably with all the Extreme Capability Vehicles. It has a new fresh look while maintaining all the Jeep family attributes. More than $9,000 in options pushed the Cherokee to the top of the price ladder for this category, but also made it one of the best equipped of the 23. We especially like the navigation system which is very user friendly. 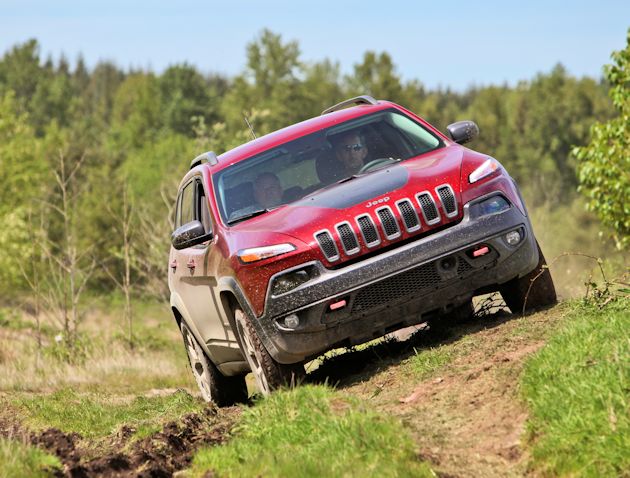 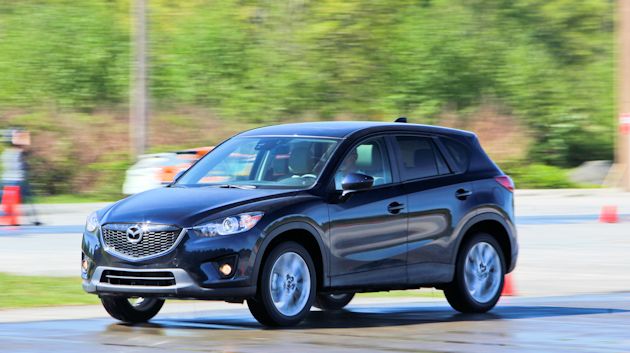 Mazda?s new Skyactiv technology is more than an interesting name; it?s the company?s new way of building vehicles in a lighter and more efficient way. The result is some excellent new products like the CX-5. Mazda was certainly one of the top models in the category, but unfortunately tends to be something of a lightweight in a tough category. 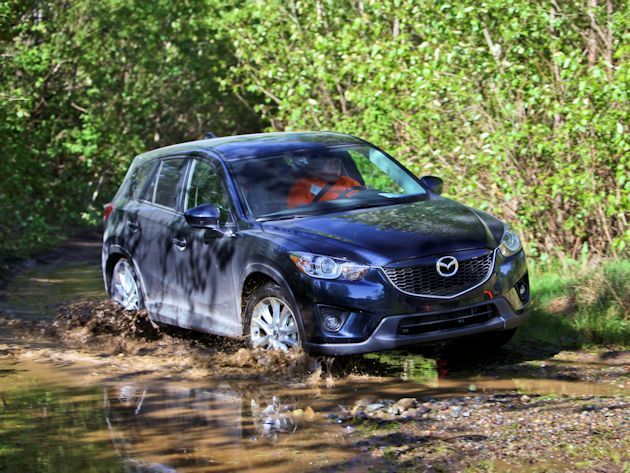 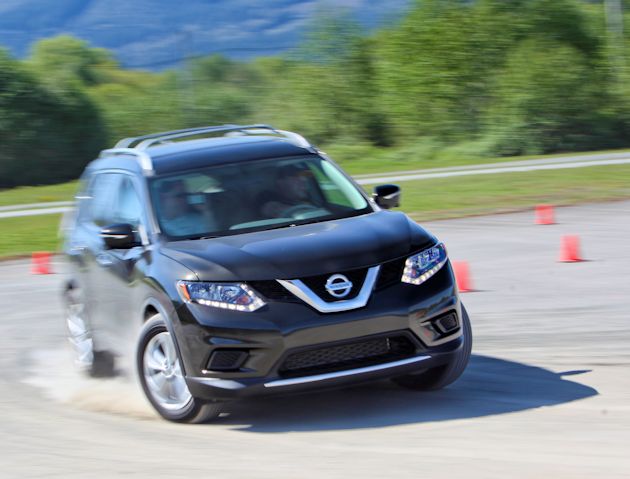 Like the Mazda CX-5, the Nissan Rogue does great in the handling and road driving, but is a little weak in the off-road. It?s does have features like Hill Start Assist and Descent Control that help, but it doesn?t feel as capable as some of the others. The Rogue is, however, one of the better values in the category and one of the most fuel frugal of the bunch, plus it?s a great everyday driver. 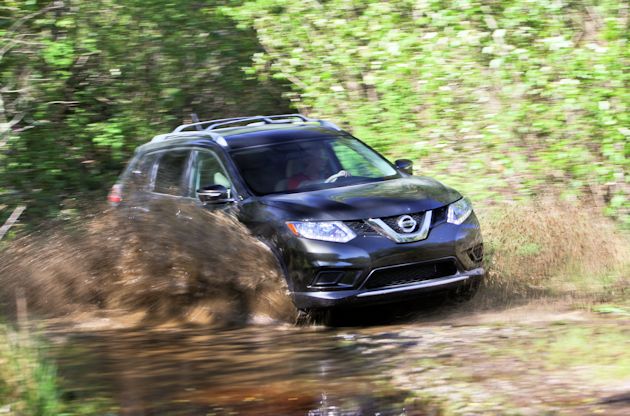 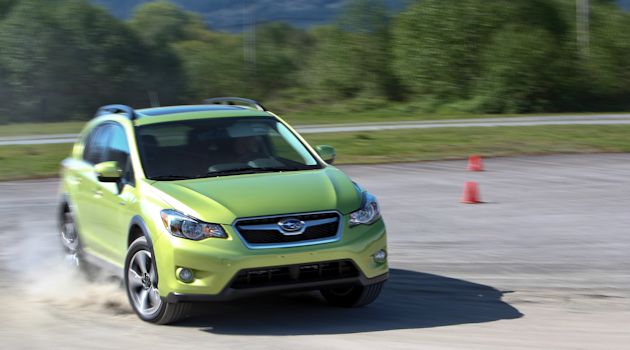 As Subaru?s first foray into the hybrid market, the XV Crosstrek is an interesting new model that was one of our favorites. It?s pure Subaru and felt right at home in all the driving tests. The hybrid doesn?t give it a big advantage in fuel economy, but it was enough to be the best of the whole group. It?s also strong in the value column. 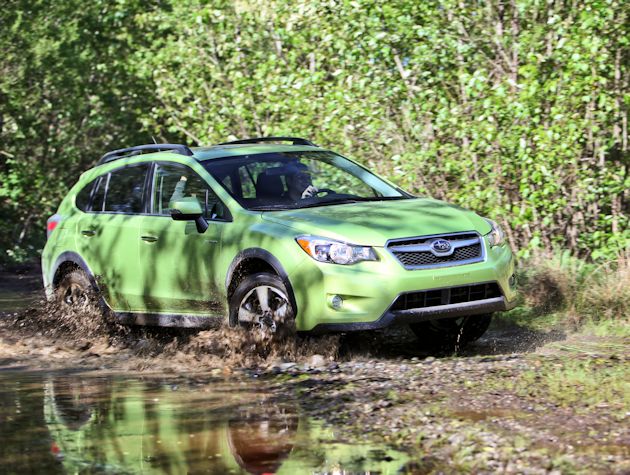 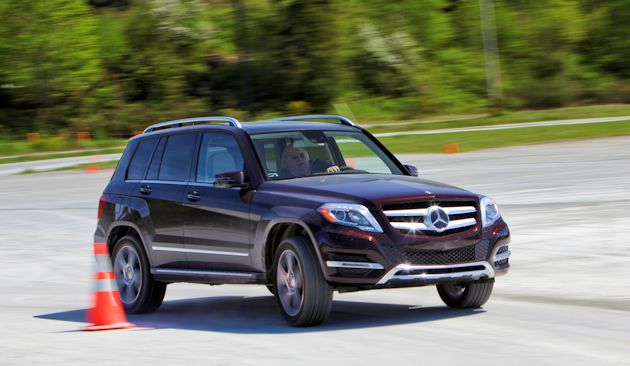 It was odd having a 2013 model, but it?s unchanged for 2014. We both like diesel powered vehicles, and this one is impressive ? clean, quiet, powerful. The handling, acceleration and agility make it fun to drive and it bounced through the off-road and the sampling of mud confidently. It?s not cheap, but then again, it?s a Mercedes. It had all the extras that make it even more special with features like Distronic Plus (active cruise control) Blind Spot Assist, Active Lane Keeping, and several others. The GLK tied for first place with the Volvo XC60 in the category. 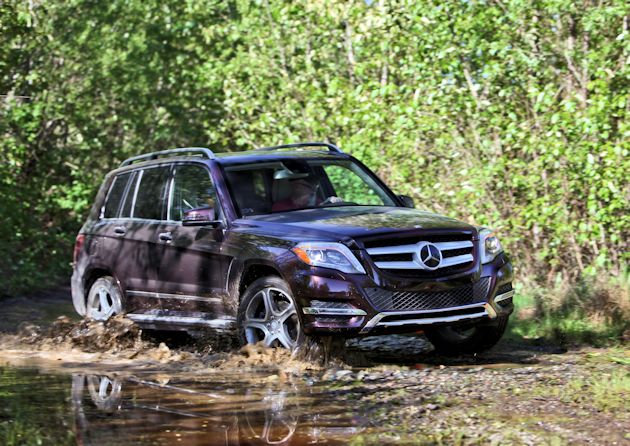 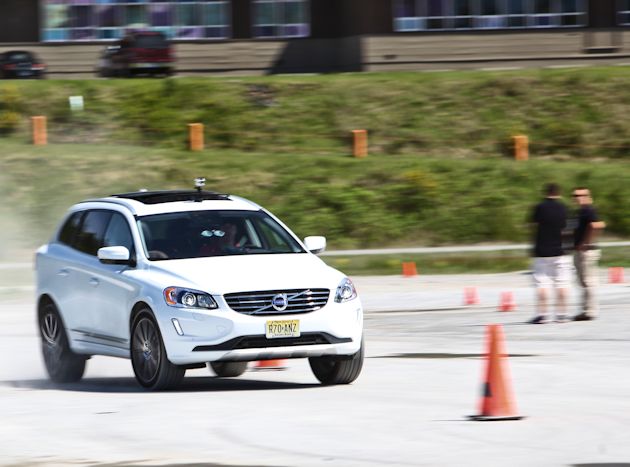 Volvo has a great heritage at Mudfest. The XC90 was named SUV of the year for three consecutive years in the early 2000s. Through the years Volvo XC models have won more than their share of category awards. We like the XC60, but it?s starting to show its age. Still a good performer on all types of surfaces the XC60 is fast and fun to drive. Bill especially likes the clean Scandinavian designs. The XC60 tied for with the Mercedes GLK as the winner of the category. 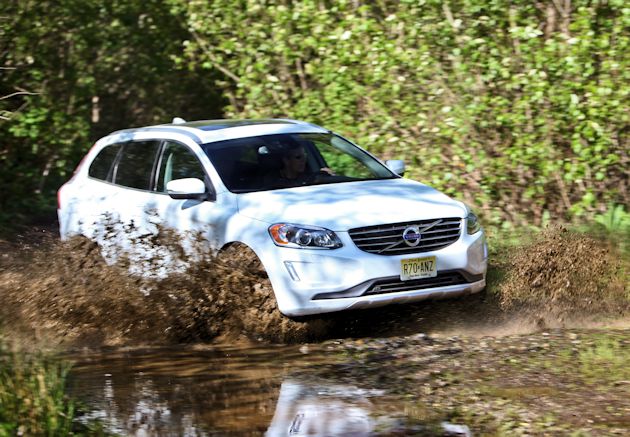 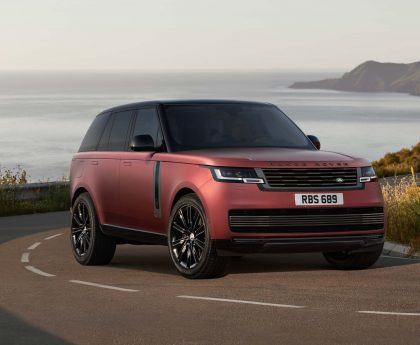 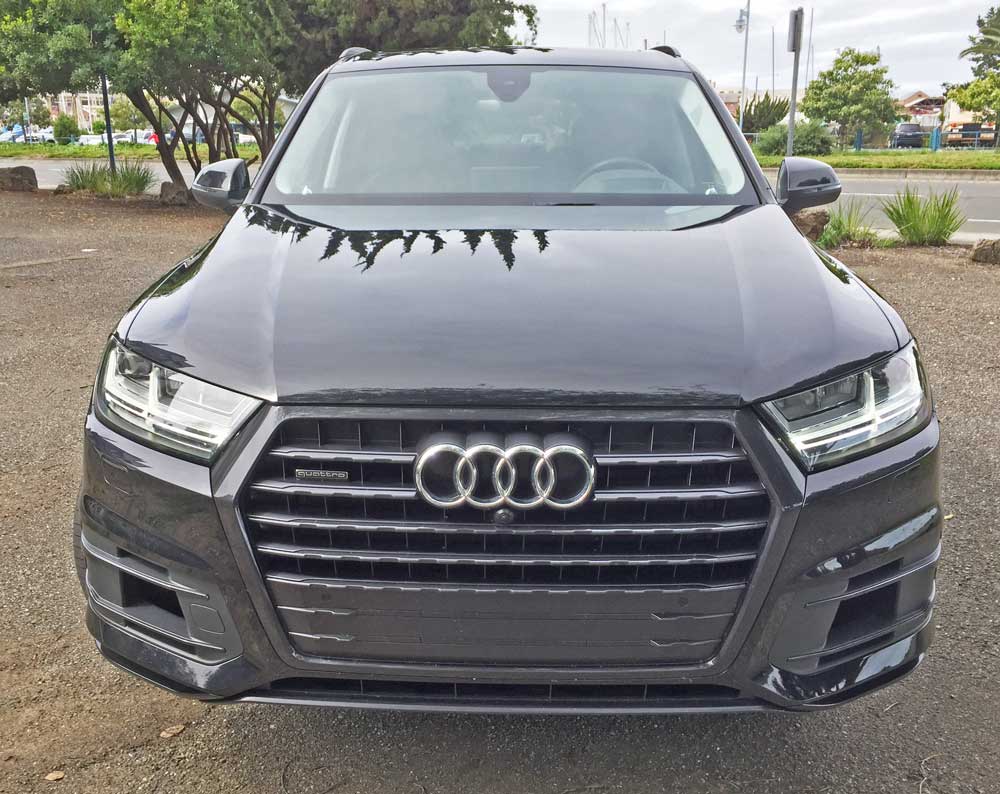