Touted as the New Original 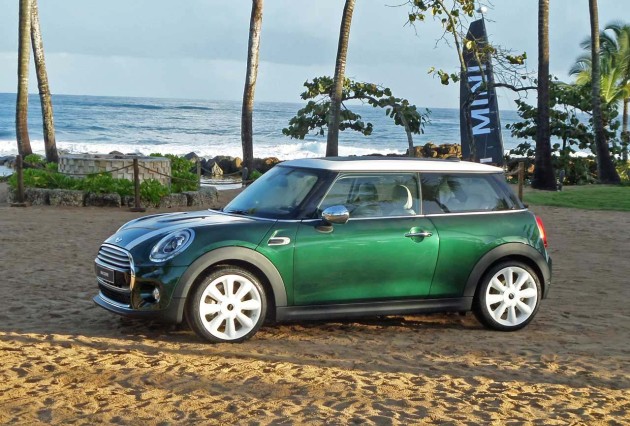 Dorado Beach, Puerto Rico – The last original Mini Cooper was sold in the U.S. more than three decades ago, criticized and considered an unsafe vehicle by the likes of Ralph Nader – Shame on you Ralph! The diminutive icon was created by Sir Alec Issigonis and first introduced August 26, 1959. The classic Mini is still a wildly popular cult car. Supposedly, only 10,000 were sold in the U.S. over an 8-year period, but today, more than 12,000 are registered — they must be multiplying, even if they?re not related to the Rabbit. In essence, the Mini was an “engineered” car, rather than a “styled” car, or car by “design if you will, hence its incredible popularity and perpetuity. Love for, and acceptance of, the original Mini has been shared over its legendary lifespan by common folk and royalty alike. Its heritage may well be categorized as neo-European. Enter the New MINI hardtop for 2014.

Reintroduced for 2002, the Mini Cooper Coupe or three door, was a modern, up-to-date interpretation of the lovable, cult-status classic, rather than a retro styling exercise. It represented what the Mini might well have become, had regular evolutionary changes been allowed to evolve naturally. The New MINI is essentially an all-new edition of the premium small car segment original, displaying MINI?s hallmark emotional styling, and while at first glance, the New MINI doesn?t appear to be all that different than its immediate predecessor. Study it more closely, however, and it exhibits both significant external and internal differences ? it truly is all-new, including chassis development, engines, sheet metal and state-of-the-art technological advancements. The New MINI is longer by 4.5-inches, wider by 1.7-inches, taller by 0.3-inches, and it features a longer wheelbase by 1.1-inches. Track width has also been increased – 1.7-inches up front and 1.3-inches in the rear. 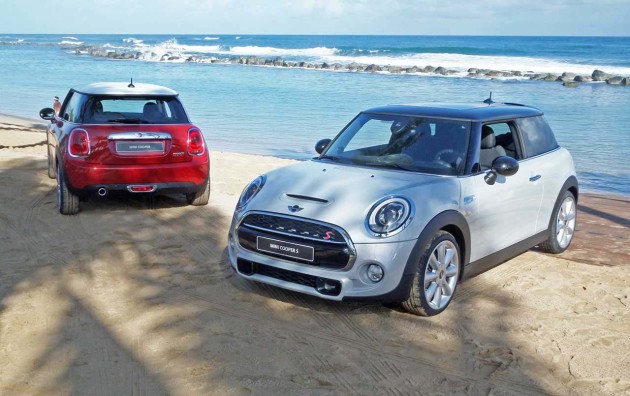 Transmission choices will include either a newly developed 6-speed manual or a sophisticated 6-speed automatic featuring improved efficiency, enhanced shift comfort and increased shift dynamics. For the first time, the new MINI?s automatic transmission comes with an automatic engine start/stop function. As an additional option, a 6-speed sports automatic transmission is offered that allows for shorter shift times and may be operated in manual mode utilizing steering wheel mounted paddle shifters. And, as if that weren?t enough, the automatic transmission, in conjunction with the MINI navigation system is also able to take into account the route profile in controlling gear shifts. Based on navigation data, the appropriate drive position is selected to automatically match imminent road situations. For example, directly prior to junctions or on?corners, preventing unnecessary upshifts between two bends in quick succession.

The New Mini’s form is reminiscent of the original. The new Mini is of course larger; more streamlined and displays softer contours. The Cooper sports a smooth hood, has no foglamps, rides on smaller standard wheels and tires, and rids itself of spent fuel through the single exhaust. The Cooper S wears special badging, rides on larger wheels and tires, features an integrated hood scoop and fog lamps and rids itself of its exhaust through the centered twin outlets.

Over the past few years, I?ve been able to review virtually every model MINI offered. During the International media launch of the New MINI, I was able to pilot a 1.5-liter, 3-cylinder turbo MINI Cooper with a 6-speed manual gearbox and a Blazing Red exterior base priced at $19,950. with an estimated final sticker of $20,745 (option pricing was not readily available) as well as one of the 2.0-liter turbo, four-cylinder MINI Cooper S model with the Sport automatic transmission wearing an exterior finished in Volcano Orange with a base sticker of $23,600 and a final tally of $24,395. A John Cooper Works model will be available in the future with a Base Price of $30,100.

SUMMARY:? Both the New MIINI Cooper hardtop 3-cylinder and the New MINI Cooper S hardtop four cylinder serve up a stunning ride, both visually and in terms of performance over challenging routes — grin-producers of the highest order.

Acceleration is exhilarating in both, thanks to the Turbo technology; gear changes are smooth with either the manual or automatic transmission. Handling remains athletic and positive, carving efficiently through challenging curves in a spirited and controlled manner. Braking is highly efficient, bringing the go-kart-like MINI to a halt in short order. Experiencing the Mini is a joy to the dyed-in-the-wool enthusiast. Driving the diminutive “funster” is a rewarding exercise, initiating an insatiable degree of lust to own one. The exhaust note of the Cooper S alone, may well be worth its additional cost. Add the potency of turbocharging to the maneuverability and stability provided by the sport-tuned suspension and the Cooper S is a clear winner, particularly when set in sport ands manual modes, although the MINI Cooper 3-cylinder delivers the goods with aplomb and one would be hard pressed to realize that under the bonnet is not a four-cylinder engine. It?s that good.

Visually, the New MINI Copper and Cooper S Hardtop still showcase a pleasing design for MINI fans, but there were some changes made that will likely draw the ire of traditionalists, such as: moving the familiar, center-mount? speedometer to a point directly ahead of the driver, repositioning? the window controls from the center console to the doors, and the addition of a retractable Head Up Display similar to that found in some Mazda models ? all changes dictated by the automotive industry in the interest of safety. The new double-pull release for the hood as also found on recent BMW models may be the next thing to go because some EPA official disagrees with the principle. 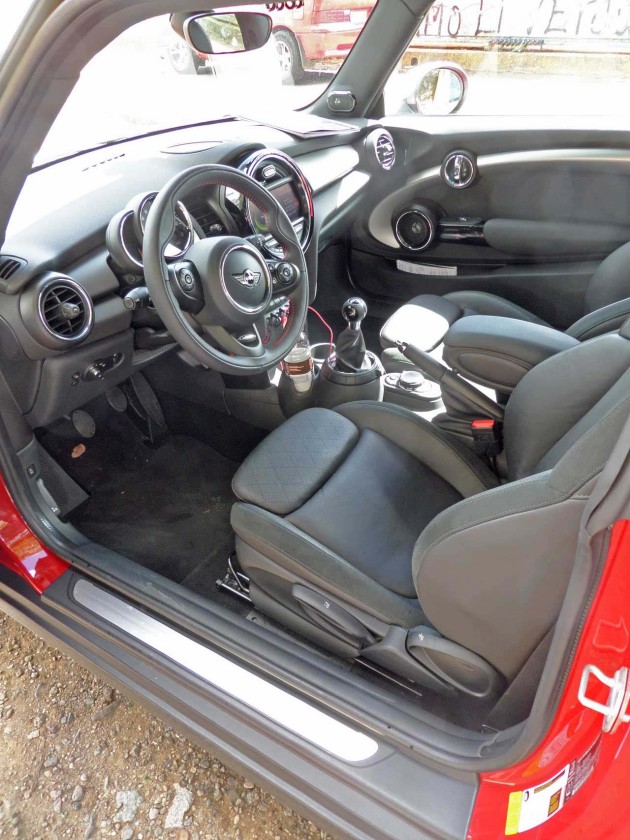 The new MINI Driving Modes allow an individual set-up involving not just the characteristic curve of the accelerator and steering but also engine acoustics, and in the MINI Cooper S ? provided the relevant features are present – ambient lighting, the shift times of the automatic transmission and the characteristics of Dynamic Damper Control, the latter system is optionally available for the first time. The modes SPORT and GREEN can be activated in addition to the standard MID mode. In conjunction with an automatic transmission, the efficiency-oriented GREEN mode also features a coasting function with a decoupled drivetrain.

Bottom-line, the New MINI needs to be experienced first hand to fully appreciate all of its enhanced features and equipment, which are literally too extensive to detail here. It successfully blends heritage with innovation.

MINI is an independent brand of the BMW Group. In the United States, MINI USA operates as a business unit of BMW of North America, LLC which has been present in the United States since 1975.
[wptabs style=”wpui-light” effect=”slide” mode=”horizontal”]
[wptabtitle] SPECIFICATIONS: 2014 MINI Hardtop [/wptabtitle]
[wptabcontent] 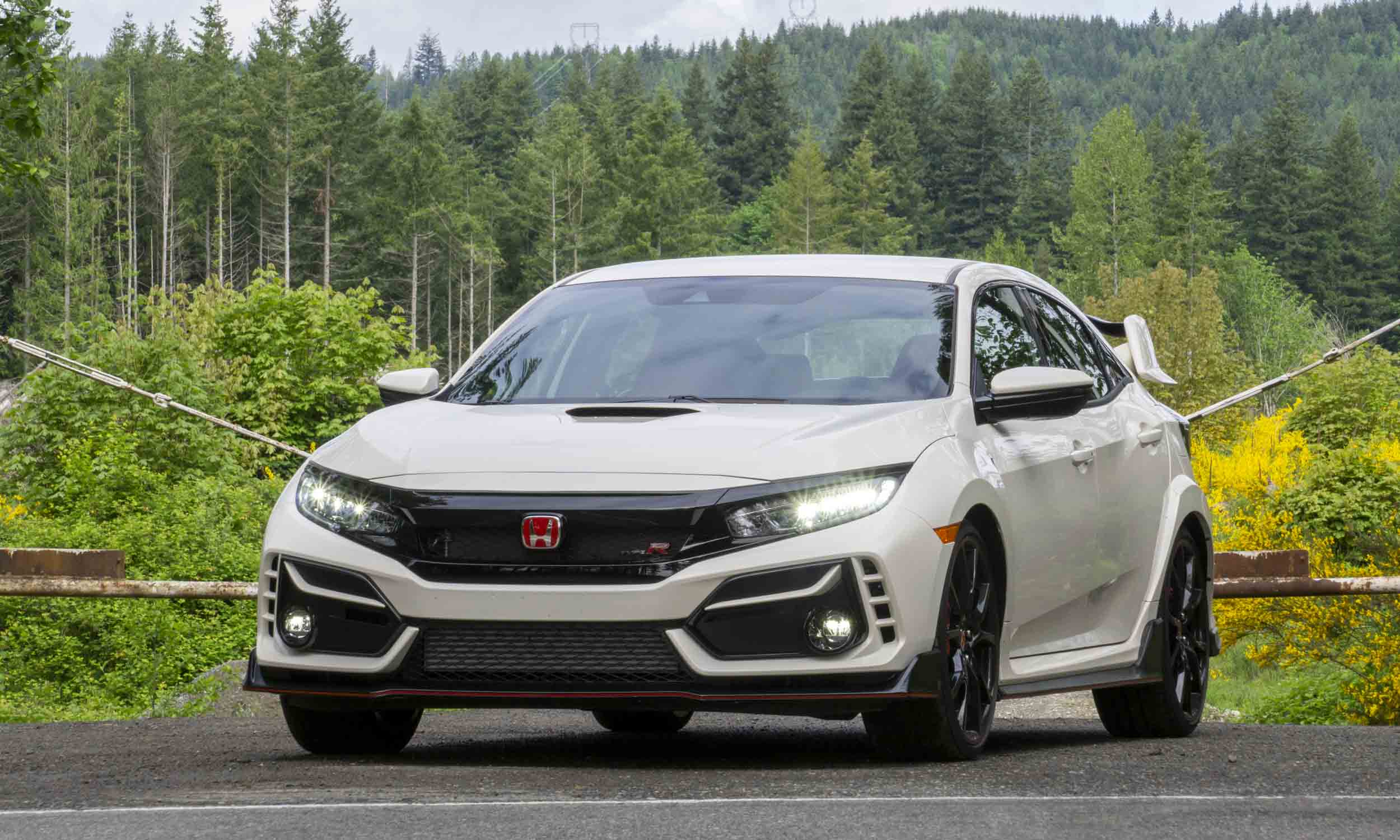