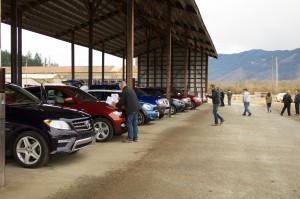 Here?s a list of the Family SUVs with basic information about each and our brief analysis of each with the Monroney price including options and destination charge along with the EPA city/highway estimated fuel economy: 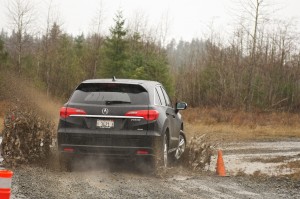 Acura RDX ($40,305 ? EPA 20/28 mpg) ? Just when many ma ? nufacturers are replacing V-6 engines with four-cylinders with turbochargers, RDX went the other direction.? All new for 2012, Acura dropped the turbo four-cylinder engine and five-speed automatic transmission in the RDX in favor of a standard 3.5-liter V-6 and a new six-speed automatic with SportShift.? The result is a more substantial feeling and better preforming RDX, which happens to get better fuel economy, too. ?The new RDX is even more refined and luxurious, but we thought the dash was too busy.? Improving on the already impressive RDX, it earned the NWAPA top Mudfest spot in the Family category. 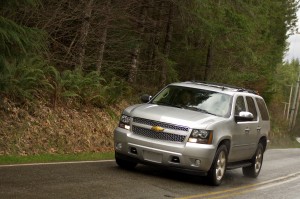 Chevrolet Tahoe ($59,135 ? EPA 15/21 mpg) ? Redesigned in 2007, the Chevrolet Tahoe remains the icon of full size SUVs.? Over the years, Chevrolet has refined and improved the Tahoe, but for the ?green? people, it still represents the negatives of a stereotype full-size SUV.? The top of the line LTZ used in the competition was posh, comfortable, powerful, and impressive both on and off road, but it lacks the finesse of the smaller more technically sophisticated competitors. ??Loaded with all the bells and whistles, it?s very expensive, too.? ?Never the less, it?s still one of the best-selling SUVs on the market because there is nothing quite like it. ?We think all vehicles should have passenger assist handles for the front passenger, especially SUVs?the Tahoe doesn?t have them. 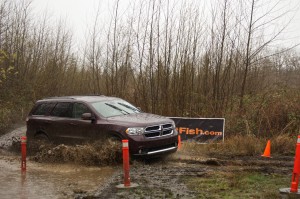 Dodge Durango ($39,970 ? EPA 16/23 mpg) ? When it comes to value and good looks, the full-size Dodge Durango gets high marks.? The V-6 powered mid-level Crew model is amazingly well equipped and stylish for the under $40,000 price tag.? It?s also quite agile for its large size. ??For shoppers that want the extra kick and towing power, the optional Hemi does the job with best in-class specs. 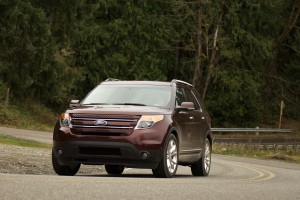 Ford Explorer ($46,345 ? EPA 17/23 mpg ? The new Ford Explorer is much different than the old Explorer with a high level of sophistication and technology, not found on some of the other SUVs. ?No longer available with the V-8 engine, Explorer works best as an all-weather vehicle for the family but still has the capacity to tow 5,000 pounds.? New engine choices include a V-6, an EcoBoost four-cylinder and an upcoming special performance model gets a twin-turbo EcoBoost V-6 engine.?? Top-level models, like Limited, offer smart interiors, impressive styling and class leading technologies.? Explorer provides very good on- and off-road performance and handling. 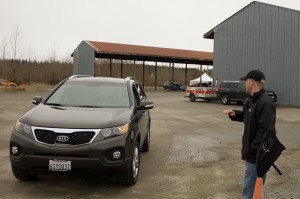 Kia Sorento ($32,300 ? EPA 21/28 mpg) ? Budget minded shoppers that need the extra space of a roomy five- or seven passenger SUV should swing by the local Kia dealer and drive the Sorrento.? Fitting in the middle of the size range, the Sorrento brings high value, good fuel economy and comfort to the party.? Sorento performs well, on and off road and provides quiet comfort for the first two rows of occupants.? The third row is best suited for very small people.? The space is tight but still very handy.? Kia quality gets better and better and it?s backed by the best warranty in the business. 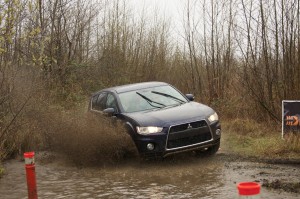 Mitsubishi Outlander ($35,300 ? EPA 19/25 mpg) ? The Mitsubishi Outlander got a major facelift in 2010 and the new GT model last year.? ?The Outlander seats five- or seven tightly?? ?with the optional third row.? The styling is clean and crisp and it has a distinctive list of sophisticated mechanical and drivetrain technology that sets it apart from many competitors.? Outlander has impressive handling thanks to features like the Super All-Wheel Control on-road handling and it does well off road too.? The price, as tested, seems high until you look down the list of features and see the navigation, entertainment (rear seat DVD), heated leather seating and long list of features. 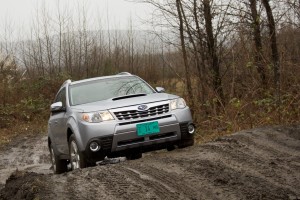 Subaru Forester ($31,739 ? MPG 19/24) ? Now in its third generation, the Forester remains the stalwart SUV of the Subaru lineup.? We especially enjoy driving the 2.5XT because of the performance derived from the turbocharged four-cylinder engine.? That?s the same basic engine as is used in the Subaru WRX rally car.? Forester is very responsive on and off road, comfortable to drive and Northwestern owners give it high marks for durability.? Consumer Reports also ranks it at the top of the list for small SUVs.