Look for New Passat to be a Major Mid-Size Compeitor 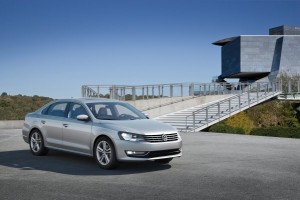 Volkswagen released more details on the mid-size sedan being built in its state-of-the-art factory being built in Chattanooga, Tenn.? The new car, which is larger than the current Passat, will take the Passat name.

The Passat will be offered in three trim levels, S SE and SEL, with a total of 16 equipment levels and with three engine choices including ?a?2.5-liter gasoline?engine, 2.0-literL TDI Diesel?and?3.6L VR6. 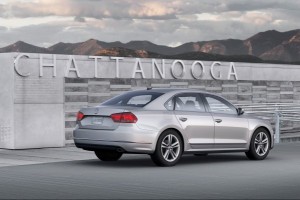 The quiet, four-cylinder 2.0L TDI Clean Diesel (140 hp/236 lb.-ft.) has the power of a six-cylinder gasoline engine and the fuel economy of a hybrid. The Passat TDI is expected to deliver 43 miles per gallon on the highway, with a range of approximately 800 miles and it will meet emissions requirements in all 50 states. Optional on the Passat TDI will be Volkswagen?s legendary 6-speed DSG transmission.

The volume engine will probably be the 2.5-liter five-cylinder (170 hp/177 lb.-ft.) mated to a standard 5 speed manual transmission with an optional 6-speed automatic.

Passat is designed in Germany and made in America with premium features and handling characteristics designed to match the tastes and lifestyles of Americans. It will be built in Chattanooga, Tenn., at what VW officials claim will be the world?s most advanced and environmentally responsible auto assembly plant.

Final pricing will be announced in the spring, but the Passat will start at around $20,000 when it arrives in dealer showrooms later this year. It will come with premium standard features that include automatic climate control and Bluetooth connectivity. 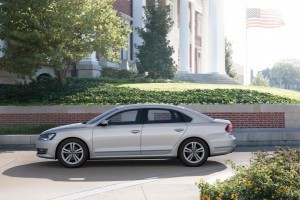 The plant is expected to be operational by April with limited cars arriving at U.S. dealerships by June and sales starting in September or October. Volkswagen plans for the Passat to be a key competitor for cars like the Toyota Camry, Honda Accord, Ford Fusion, Nissan ?Hyundai Sonata and Kia Optima.