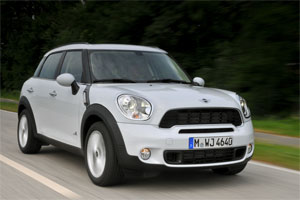 Let?s start with full disclosure ? I may be the best person around to review the new MINI Countryman SUV, or I might be the worst possible person for the job. I know a lot about MINIs ? I wrote a book about how to boost your MINI?s performance. I?ve crawled all over, under, and inside these little cars and my daily driver is still a 2005 MINI Cooper S.? I will readily admit that I?m a MINI fanboy.

Yet I wasn?t at all sure what to think when MINI announced the Countryman. It seemed to violate everything I loved about my old Cooper S. It had four doors, it was going to be bigger than my MINI, and while I love all wheel drive, I wasn?t sure that they could keep the cheerful sporty aspects that have made MINI successful while simultaneously delivering the Utility in Sport Utility Vehicle.? Personally, I always thought that the Tardis-like cargo capacity in a MINI hatchback made it the ultimate in Sport and Utility ? and if you needed more, well, there?s the Clubman. 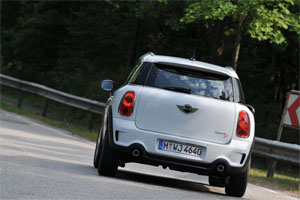 But the real challenge before the MINI engineers was always going to be the drivetrain. How can you make a car roughly 20% bigger and use the same engine? After all, the Cooper hatchback is OK power-wise, but the Cooper Clubman is drastically underpowered with just a few hundred extra pounds to carry. Would the turbocharged 1.6-liter engine be enough to make the grade in the Countryman?

Here?s a little-known fact: All Wheel Drive systems tend to eat up torque. Because you?re splitting the engine?s torque 4 ways rather than two ways, your perceived engine torque is reduced ? and there are greater parasitic losses in the drivetrain. And our dear little 1600cc MINI engines just don?t have the displacement to develop a lot of grunt.

So, that was all in my mind when I picked up the 2011 MINI Countryman for a week-long test drive.? Here?s how it all played out ? those crafty MINI engineers used gearing (or tire size) to give the Countryman a very sportive driving experience. Even though the gearing and final drive are the same as any R56 Cooper S, I noticed that in any given gear at a given speed, my revs were higher in the Countryman than in my 2005 R53 Cooper S hatchback. In my hatch, 70 MPH in 6th gear is about 3,000 RPM. It was about 3,200 RPM in the Countryman. This means the Countryman will have a lower top speed ? but I?ve never had my Cooper S close to its theoretically governed top speed of about 135-142 MPH, so who cares? 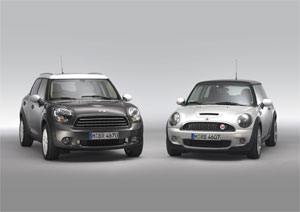 But what this does is give the Countryman something close to the kind of zip and zowie performance that you expect from a MINI Cooper S derivative. Plus ? and this is huge ? the 6-speed manual transmission still shifts and drives like a MINI. You can get an automatic, but if you want the sports car experience in your crossover SUV MINI, then you can get the 6-speed and save some money.

The Countryman S gives you 25 MPG in the city and 31 MPG on the highway ? which is in line with all the MINI turbo models. The engine makes about 180 horsepower.

Handling is where the Countryman really differs from the hatchback MINI. You can?t escape the physics, and the Countryman has a softer suspension. ?It?s not bad ? especially compared to most crossover SUVs ? and I?d fix the problem with a quick call to my friends at Texas Speedwerks for some of their great aftermarket springs.

The ALL4 all wheel drive system is nice ? you don?t notice it at all, and it will make the Countryman popular up here in the Pacific Northwest and anywhere they get serious winter weather ? which is just about everywhere in North America. Even the people in L.A. like to go skiing in the mountains.

Inside, the Countryman is indistinguishable from any other MINI. It?s nice, and the MINI designers get extra points for putting two more bucket seats in the back row, and still leaving a healthy cargo space in the back. You get all the standard features ? nice CD stereo, air, cruise, and all the safety gear you expect in a new car.

The base price on a 2011 Cooper S Countryman ALL4 is a thrifty $26,950, but by the time you put the must-have cold weather package with seat heat and the destination charge on it, you?ll be pushing $29,000 ? which is a great price compared to just about every other compact SUV on the market.

So, the bottom line on the MINI Countryman is this ? if you love your MINI but you need a compact SUV, this is the one to buy. But be sure to get the turbo S version. 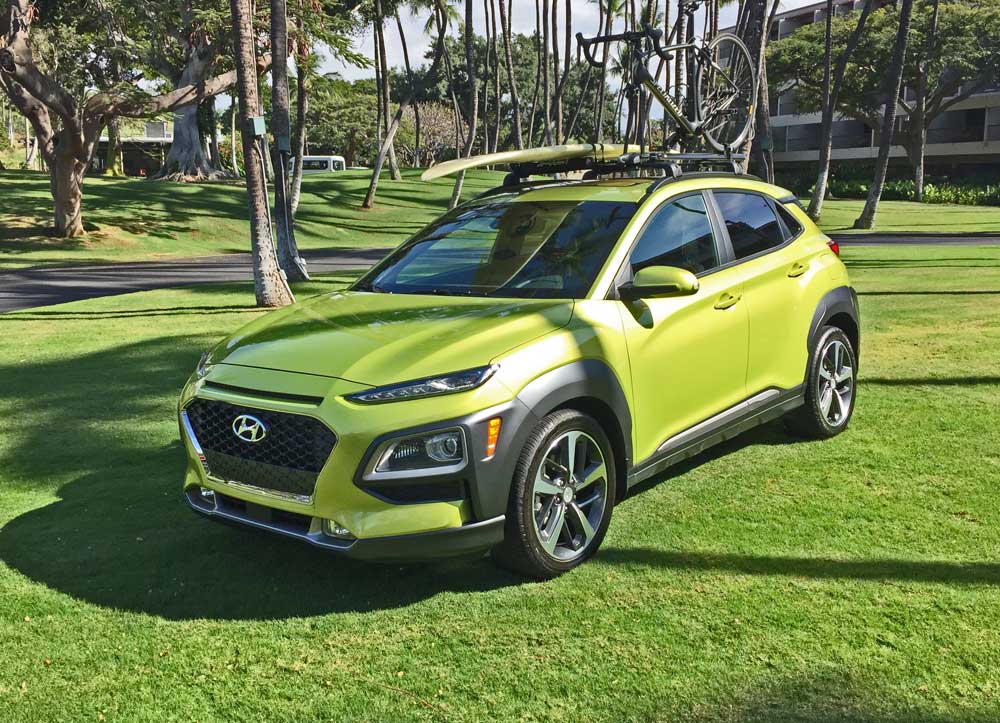 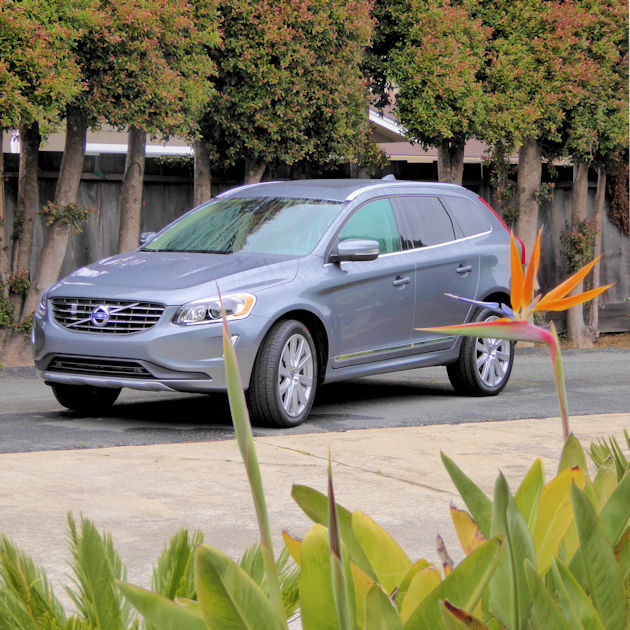