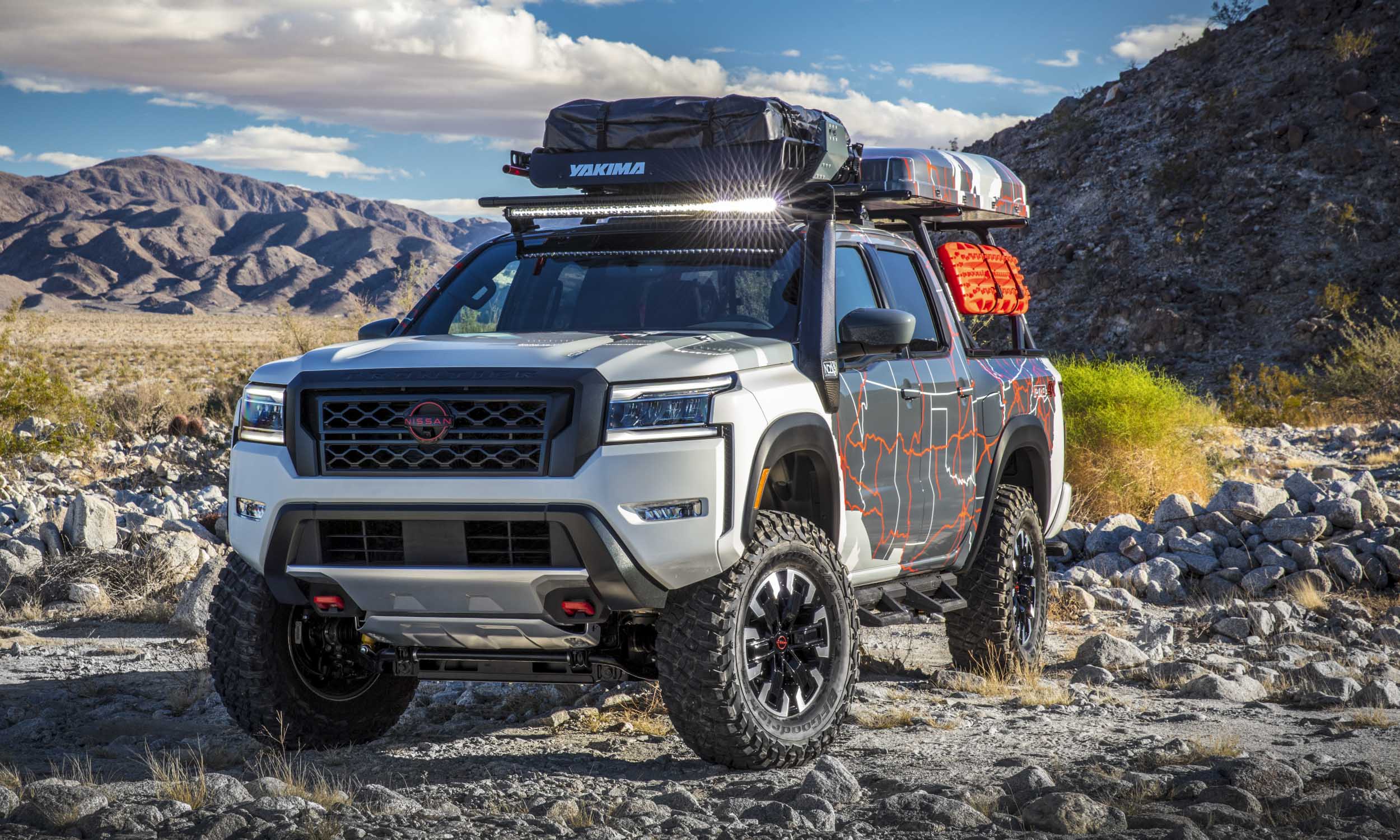 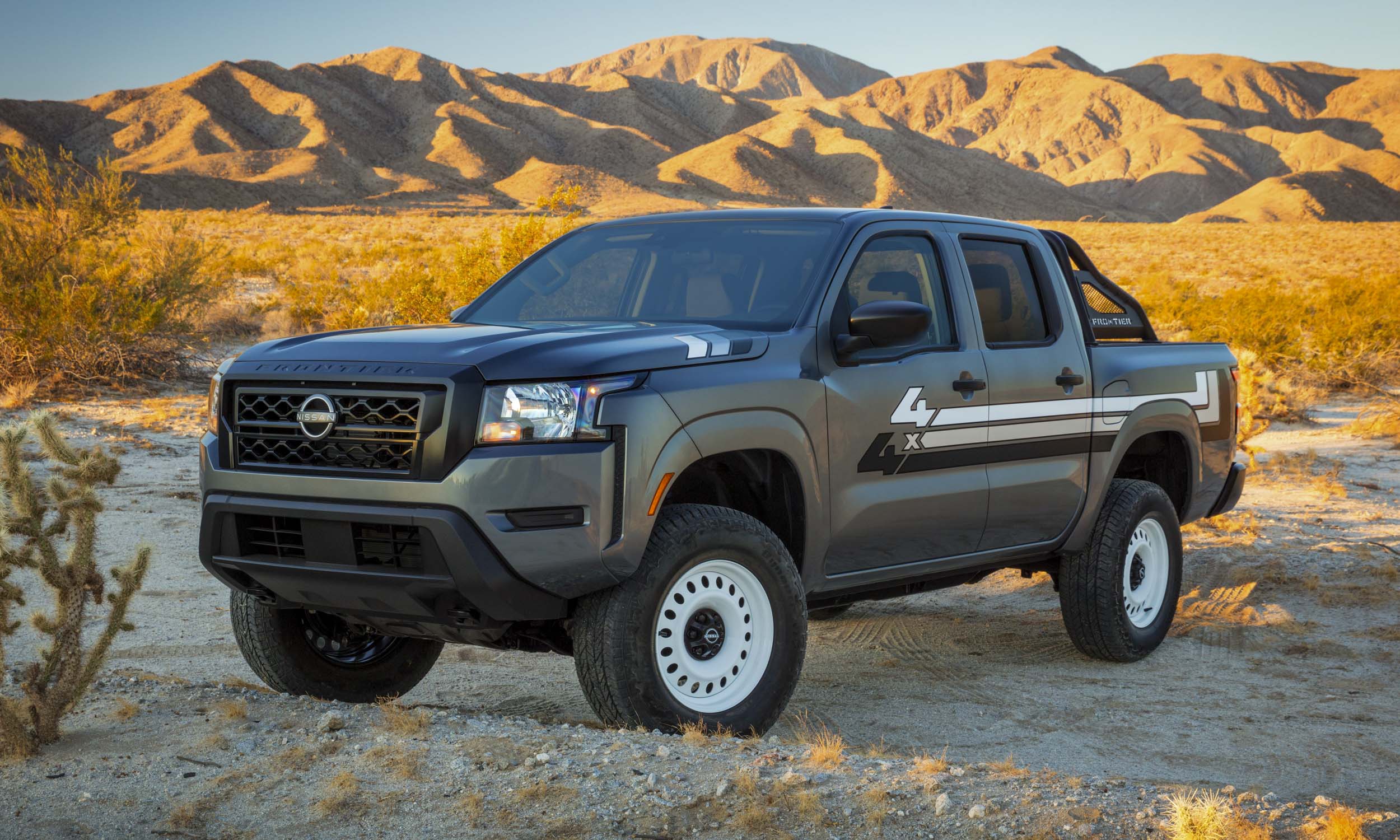 Project 72X
A new take on one of Nissan’s most popular trucks — the Datsun 720 introduced in the fall of 1979 — the Project 72X Frontier rides on the 2022 Frontier Crew Cab S 4 x 4. The Datsun 720 was a barebones, affordable truck designed for fun and ideal for outdoor enthusiasts, and Nissan designers set out to replicate the spirit of that truck in concept form. 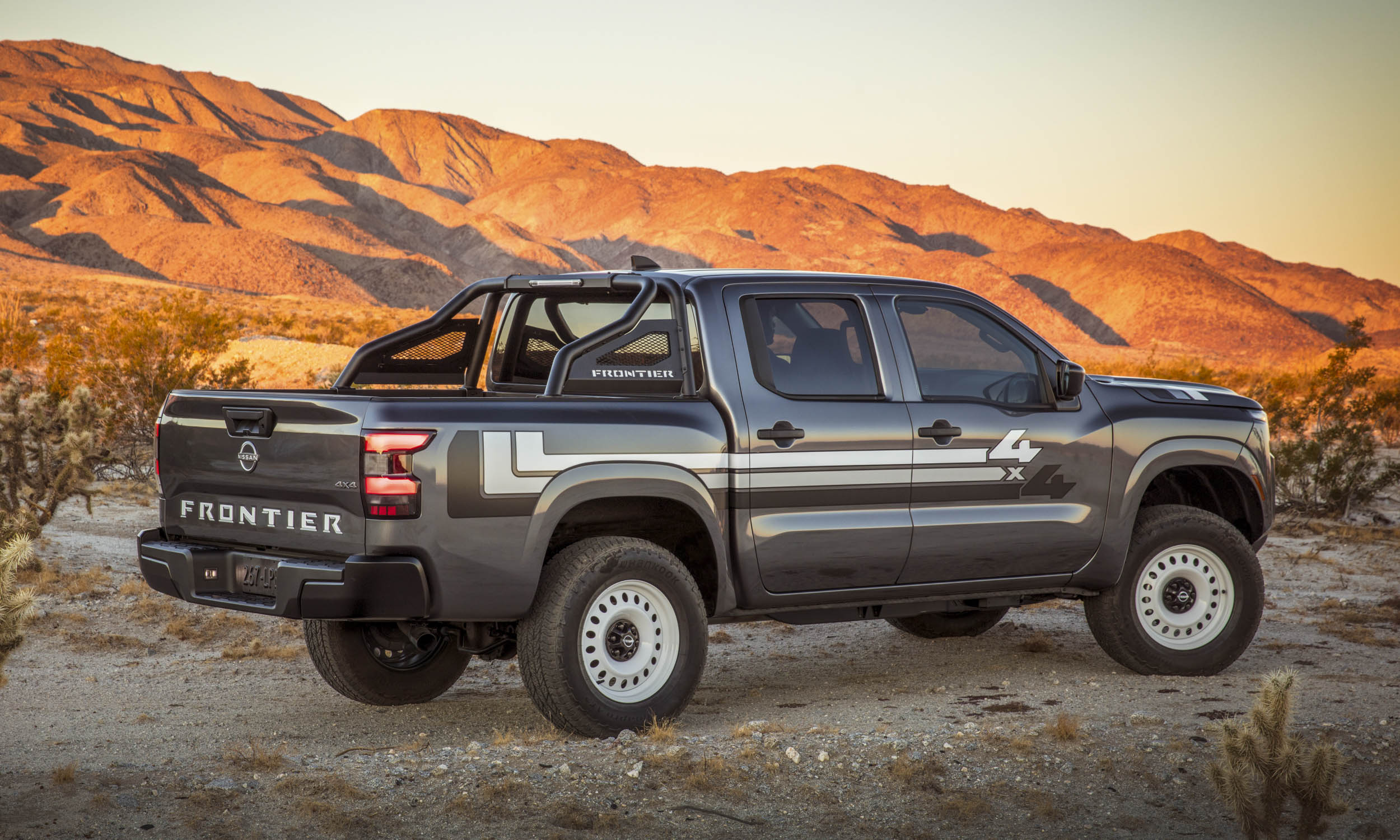 Project 72X Steel Wheels
The 2022 Frontier Crew Cab S is painted gray and features white, gray and black graphics. The truck gets accentuated by custom steel wheels that are actually the stock spare wheel for Frontier, painted white and fitted with Hankook Dynapro AT2 265/70R17 all-terrain tires normally fitted to the Frontier PRO-4X. 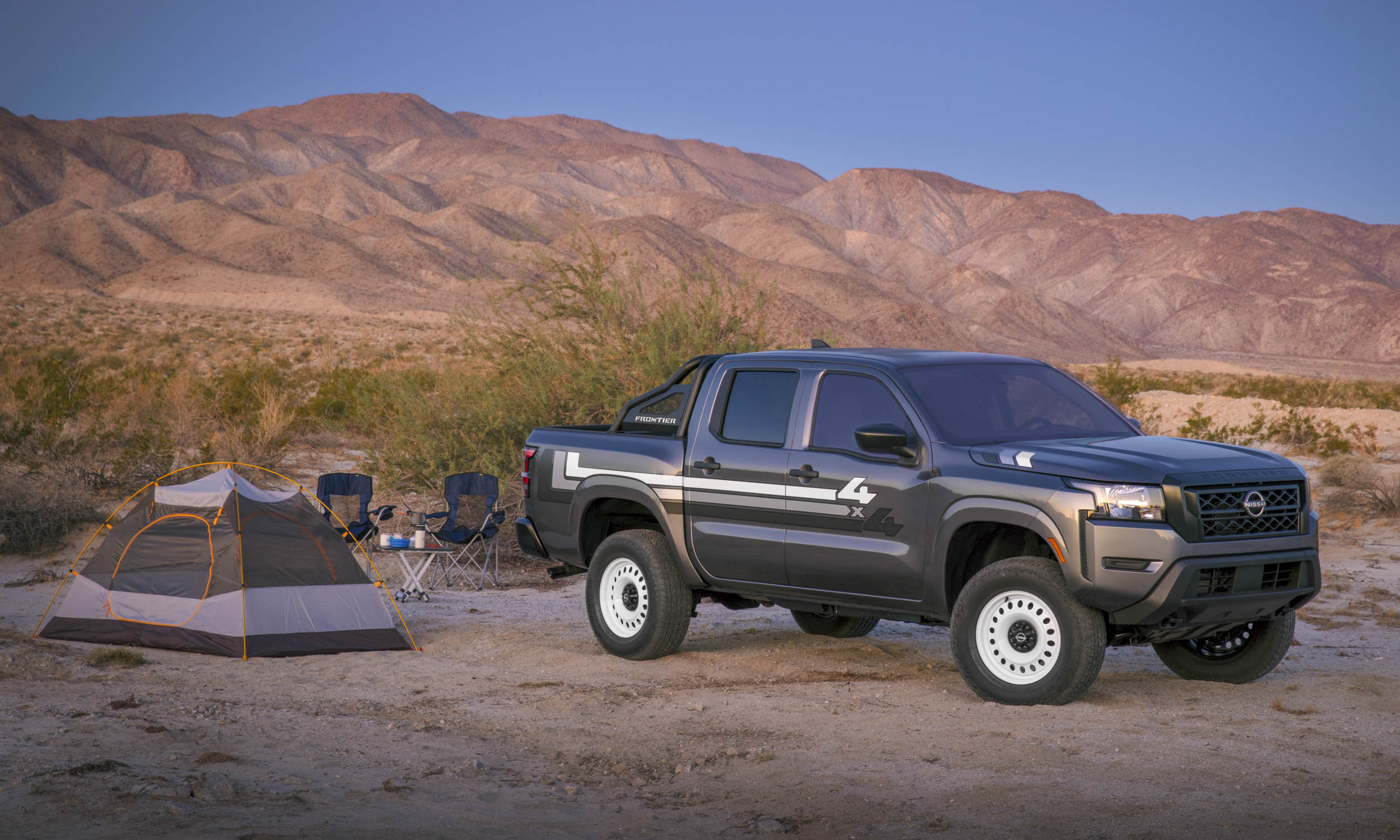 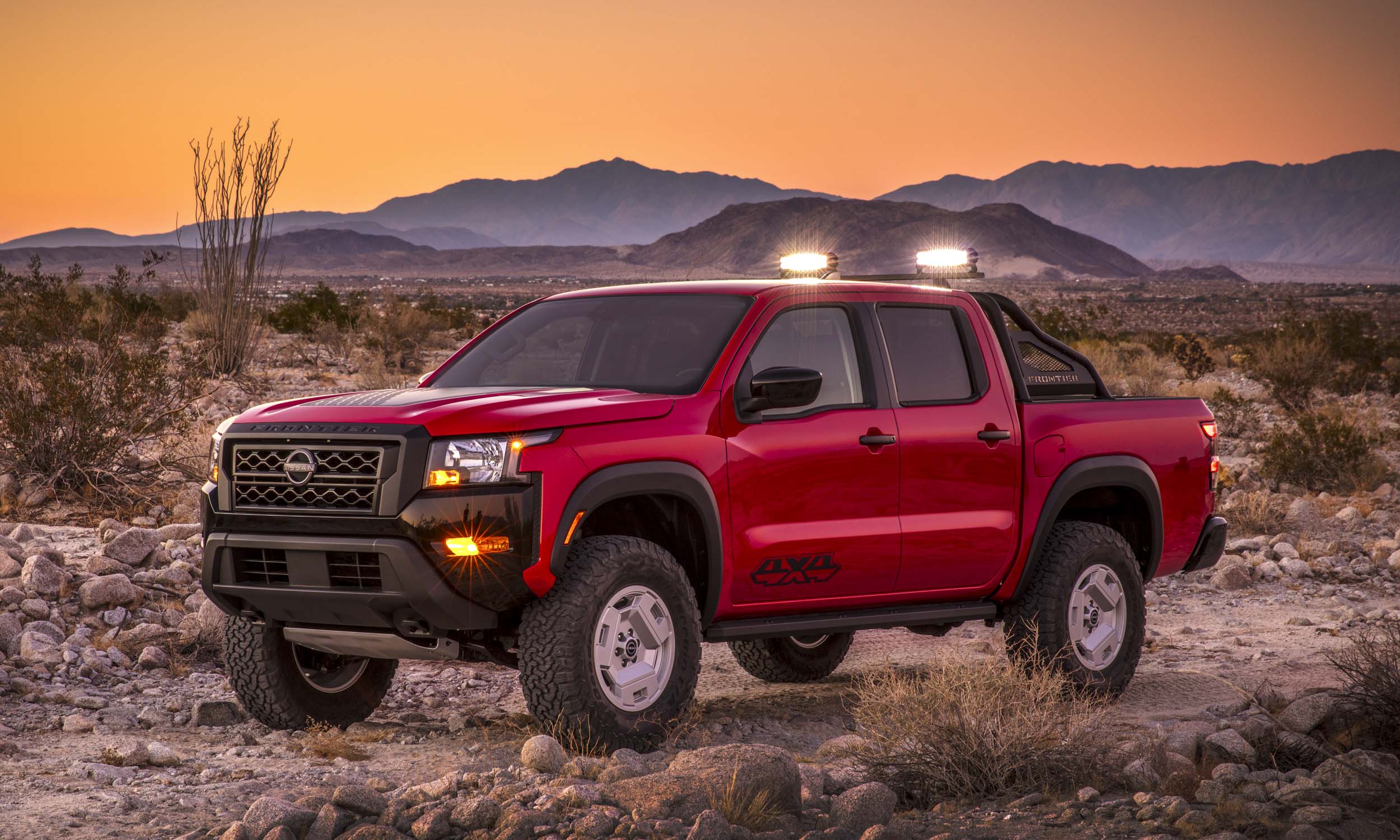 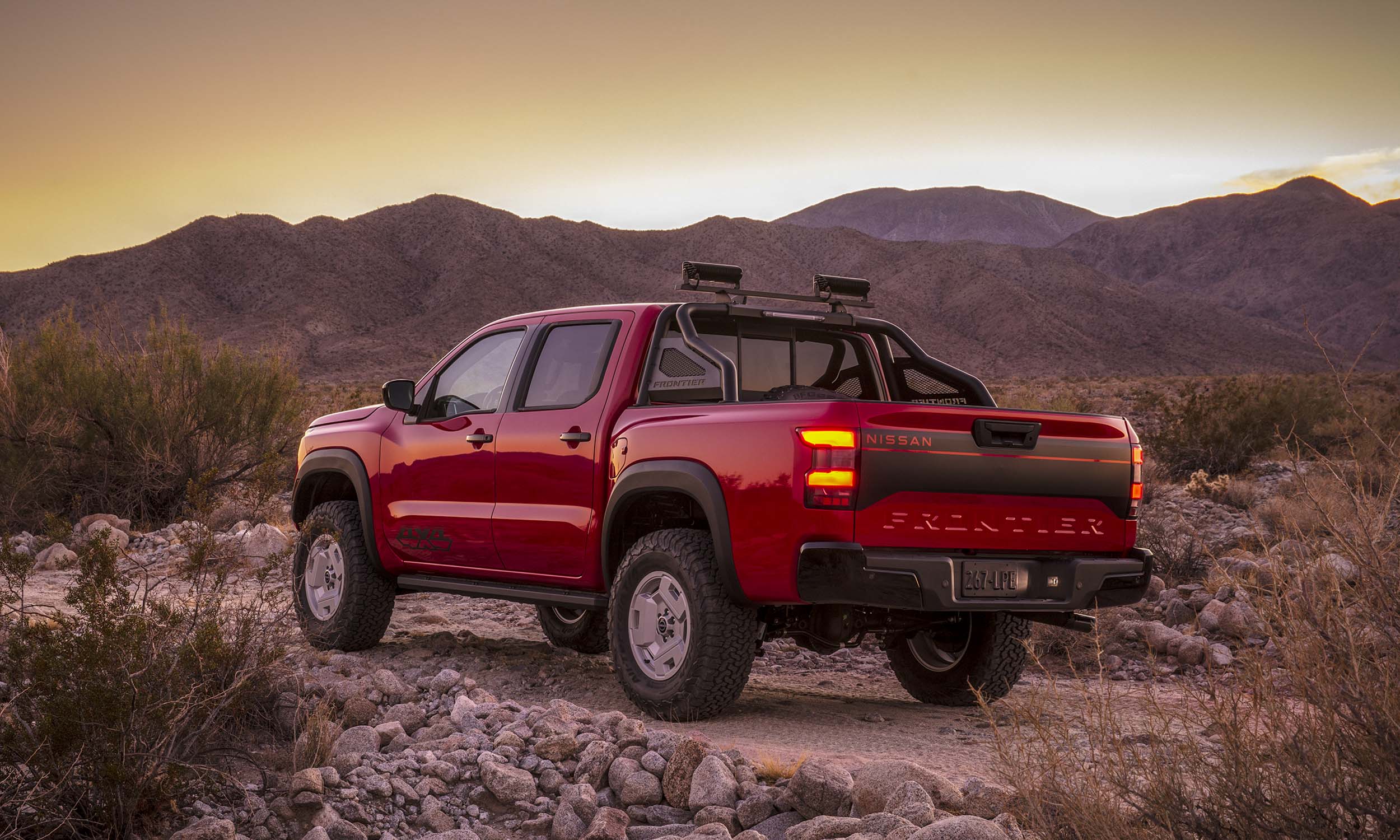 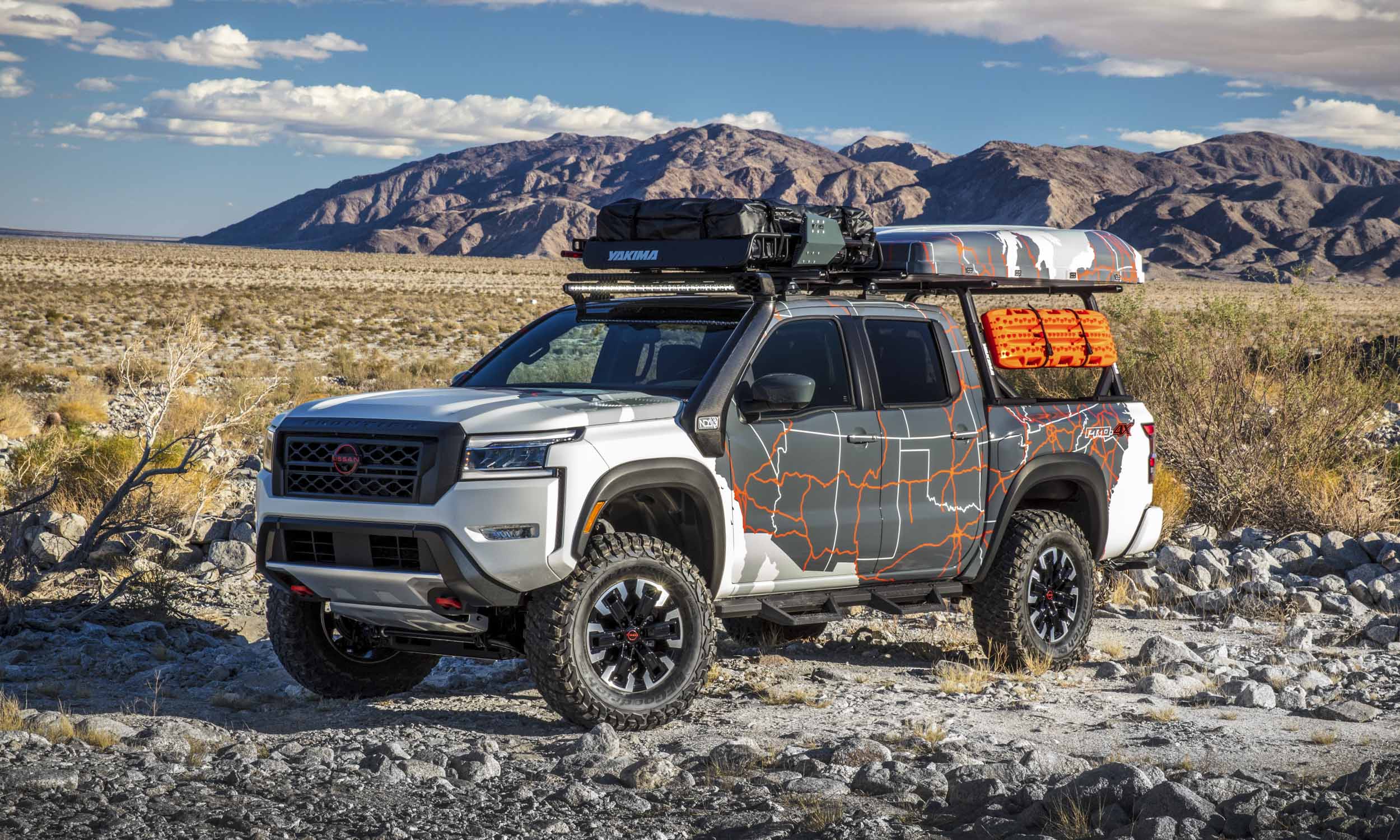 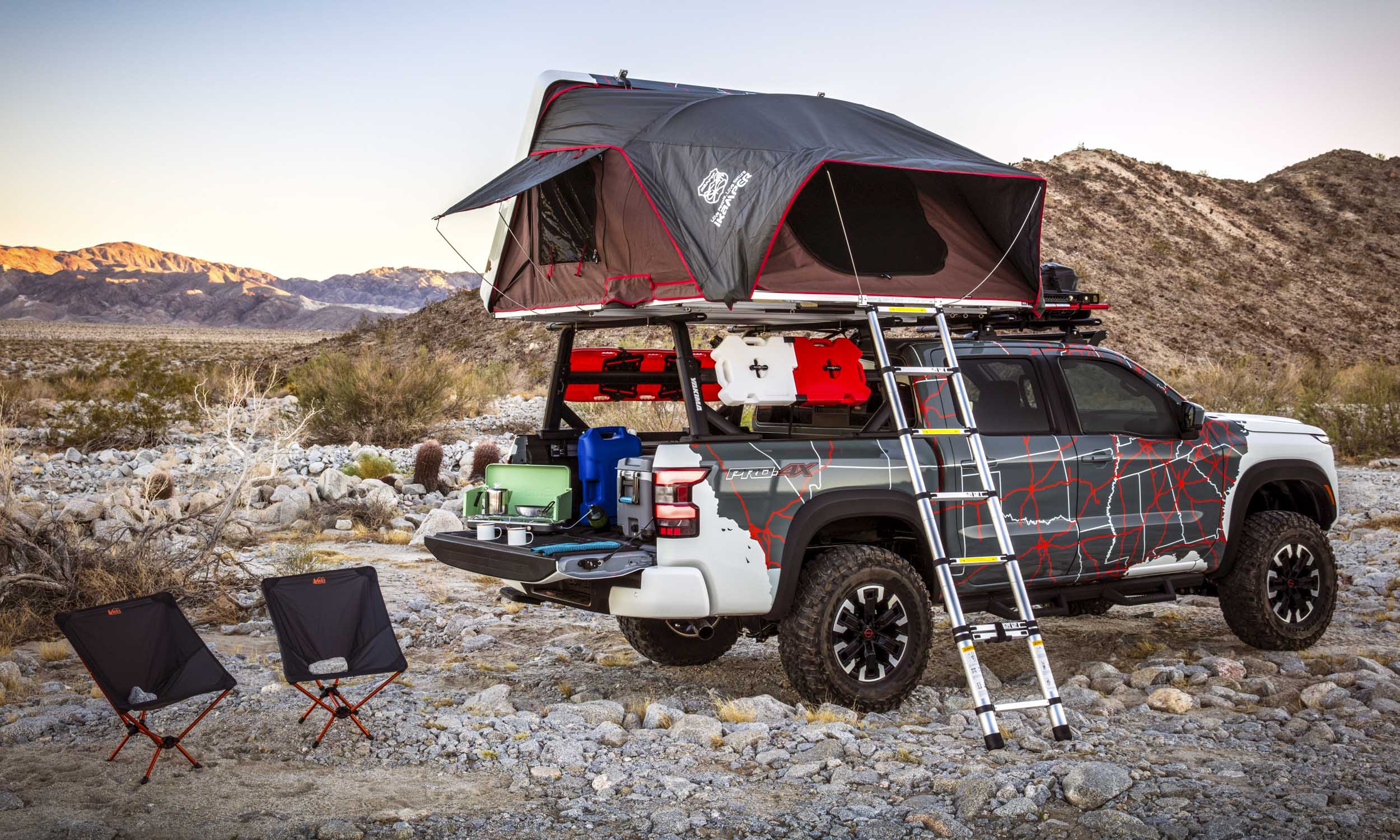 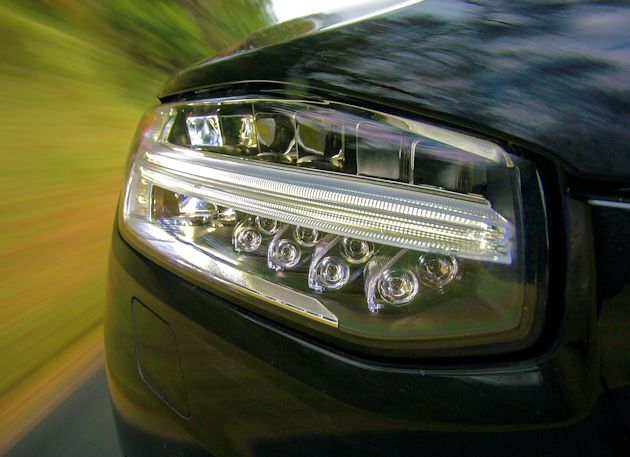