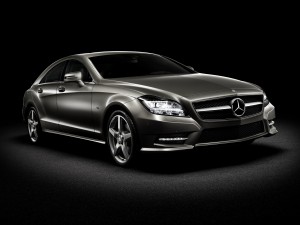 Mercedes-Benz created the four-door coupe concept in 2003 and that great styling has led to many other car companies producing their own interpretations of the dramatic look.? Now Mercedes is preparing to debut the second generation (2012) of the CLS at the upcoming Paris auto show in October.

The proportions remain as spectacular as ever: long hood, tightly-styled frameless side windows and a dynamic roof sweeping back at an angle towards the rear. What immediately strikes the eye is the innovative front design, which is reminiscent of the Mercedes-Benz SLS AMG. Visually, the radiator grille is not integrated into the hood but formed separately. This further highlights the long, sporty hood. The grille is dominated by the large central star, which unites the car with other Mercedes-Benz coup?s and also enhances brand identity. The large, elongated dark air inlets with black grilles also add to the vehicle’s athletic appearance. 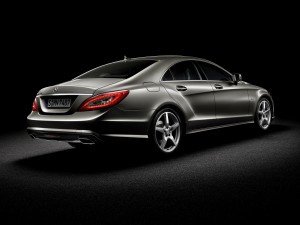 Another distinguishing feature comes in the form of the?full LED headlamps, which are the world’s first to offer all of the dynamic light functions using LED technology. This innovation boasts an impressive design – inside they are divided into three arrow-shaped layers from top to bottom: the upper layer contains an LED indicator, beneath which is a striking LED side light offers LED low beam functions. The side light can also be seen when the high beam is activated, thereby creating a unique night-time design. The lowest level of the headlamp houses the main beam and nightview functions. A total of 71 LED’s provide an unmistakable appearance as well as a significantly enhanced view of the road compared with previous systems.

The side profile is rounded off with wide wrap-around tail lights featuring LED technology — a linking element to the rear of the vehicle. The shape is emphasized by the broad shoulder line, which is clearly visible from behind and supports the flat roof. A wide metal insert adds a further visual highlight at the rear.