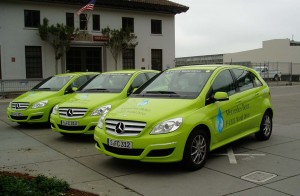 The F-Cell team of three Mercedes-Benz B-Class vehicles, took a break in San Francisco recently from their ambitious world-circling trek on day 40 of their trip to enlighten area automotive journalists on such issues as: the viability of hydrogen-fueled vehicles for clean transportation; the benefits of hydrogen-fueled electric-powered vehicles; the reality and practicality of a hydrogen refueling network or infrastructure; and to answer the question of whether or not zero emission vehicles are ready for mass production, and to represent 15 percent of vehicle sales by 2025. 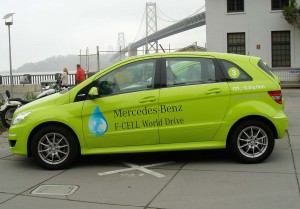 The three Mercedes-Benz B-Class F-Cell vehicles began their globe circling- journey In Stuttgart, Germany and will traverse four continents and 14 countries in the process. The tour will cover some 20,000 miles over a 125-day period, culminating the trip at their starting point in Stuttgart.

The B-Class vehicles are electric powered fueled by hydrogen fuel cells and combining the benefits of long range with short refueling times of roughly 3 minutes. This results in contributing toward local zero-emission mobility in not only densely populated urban areas, but over long distance travel as well. The three fuel containment tanks or cells in each vehicle are constructed of high-strength carbon fiber and are rated at 700 bar or 10,000 psi. the range per fill-up averages 230 miles, but can reach 250 under ideal conditions. The vehicle?s powertrain is similar to that of the Smart ForTwo electric vehicle, consisting of a modular E-Drive system, Lithium-Ion batteries, an compact, lightweight e-Motor at the front axle and a compact fuel cell stack. The B-Class Mercedes-Benz F-Cell cars generate 136 horsepower and reach a top speed of 100 mph or roughly equivalent to a conventionally 2.0-liter gas-powered car. Their fuel economy rating is up to 71 mpg, making them suitable and practical for everyday transportation. The B-Class vehicles resemble a miniature version of the Mercedes-Benz R-Class, and are capable of carrying up to 5 passengers. 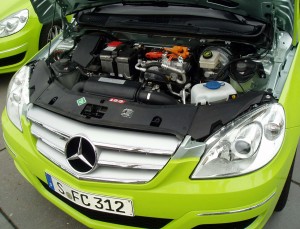 Obviously, since the infrastructure has not been sufficiently developed to sustain a world circumnavigation by hydrogen-fueled vehicles, a mobile refueling vehicle was developed in conjunction with Linde AG, which also guaranteed the supply of hydrogen for the entire world tour. This represented a significant challenge, since the hydrogen had to be made available at each of the refueling stops at the right time, in the right quantity and with the necessary degree of purity. Linde Group AG is the leading supplier of hydrogen fueling technologies worldwide, in 100 countries, with more than 48,000 employees and over $15 billion is sales. Set up for refueling from a specially prepared, 5 ton Sprinter van takes approximately 1 hour, which is planned to compete 130 refuelings for each F-Cell vehicle during the historic tour.

The world tour?s symbolic starting gun was fired on January 29, 2011 during the official ceremony marking the 125th anniversary of the motorcar ? 1 day for each year since Carl Benz filed the patent for his three-wheeled creation ? a ?vehicle with gas engine engine operation? – the first auto in 1896. Patent number 37435 set the milestone for a completely new form of mobility. The F-Cell tour actually began a day later.

Prior to the formal evening program, local journalists were afforded the opportunity to drive one of the three F-Cell, B-Class world tour participating vehicles around a pre-determined route in San Francisco. I personally experienced piloting car number 1 in the tour over the route, which included various real-world driving scenarios. The drive resulted in a most favorable impression. It was like driving any other electric car, except that the gearing was obviously set for maximum economy, so it lacked the normal level of off-the-line torque normally delivered by electrics. 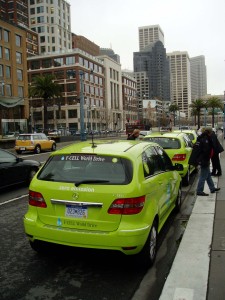 It was illustrated that Fuel Cell technology represents the ultimate solution in sustainable mobility, once the infrastructure has matured to a level to support practical and logistical refueling points across the country. It provides the most ecologically sound approach to the future of the motorcar ? a vast leap from that first three-wheeled auto of Carl Benz. 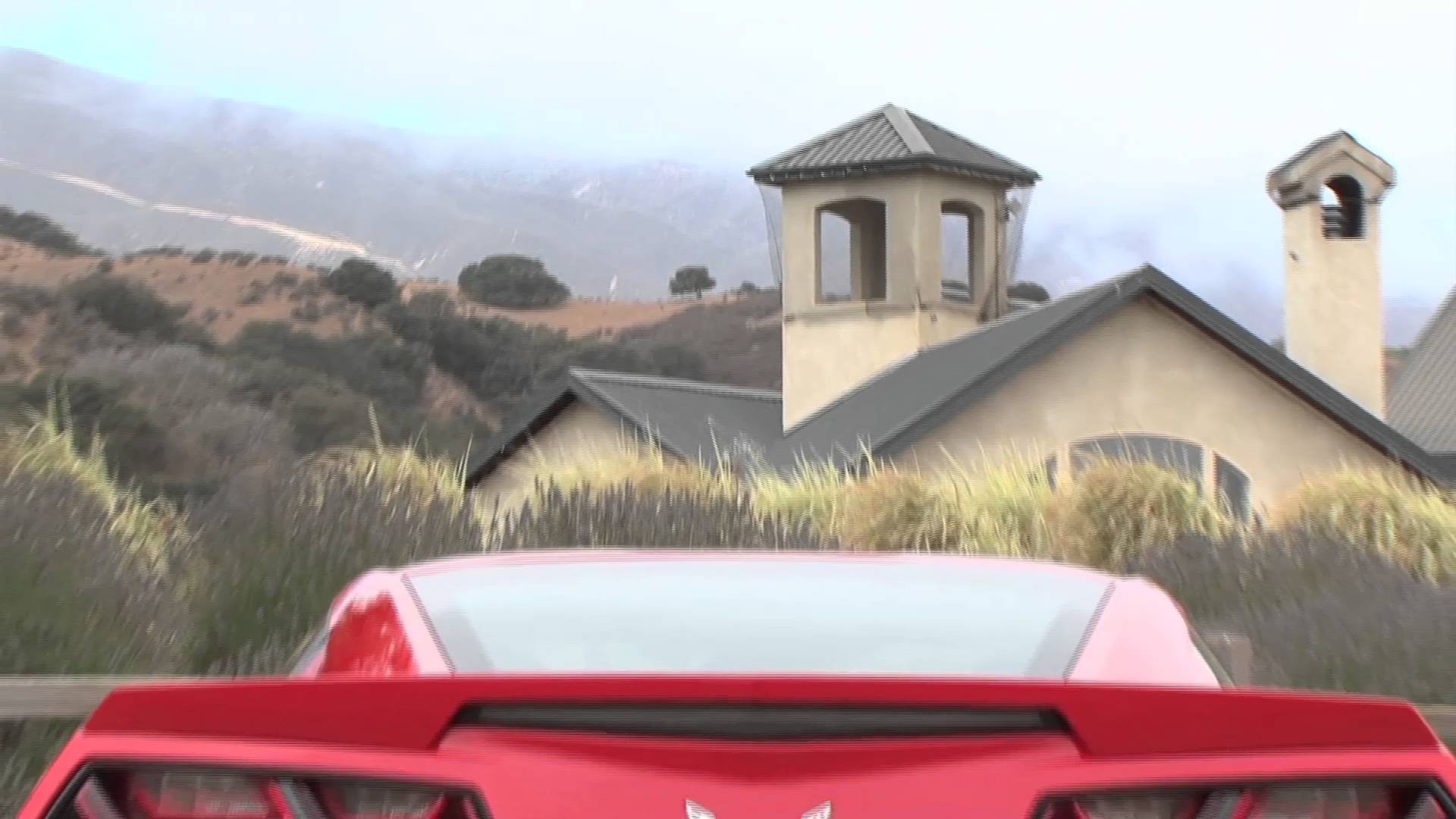