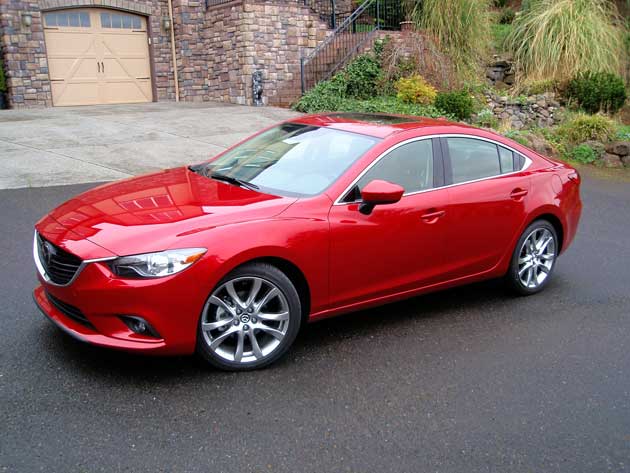 Mazda engineers and designers appear to be different from the rest of the auto industry. We?re not sure if it?s the water they drink, the food they eat, or perhaps its part of the company?s Zoom Zoom culture. As a result,
Mazda builds no run-of-the-mill products. Past examples that quickly come to mind are the unique Mazda engines like the famous Mazda Rotary engine, or the innovative Miller Cycle engine. Even the designs have often been unique to the industry with cars like the RX8 four-seat sports car. Being different may have its difficulties, but it?s never boring and the result is some impressive cars.

The latest Mazda inspiration is called Skyactiv? technology. It?s not easy to define because it such a broad conglomeration of technology encompassing the engine, transmission, body and chassis. 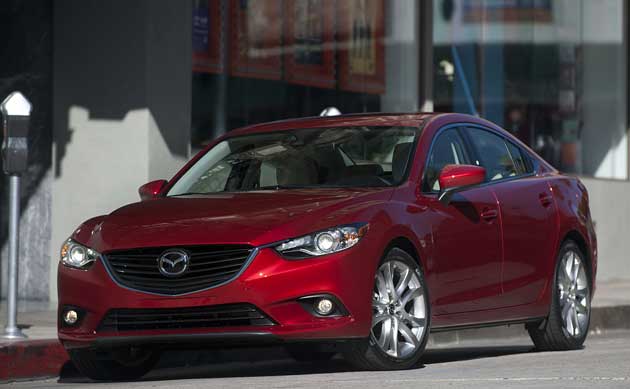 The core technologies involve optimizing the internal combustion, reducing friction and cutting weight to improved driving dynamics and safety. This is all done with a charge of always using simple, ?green? variants rather than expensive modifications.

The Mazda6 design is a product of KODO ?Soul of Motion,? yet another of Mazda?s mysterious oriental nomenclatures. We aren?t certain what KODO means, but it certainly translates to beautiful lines on Mazda?s new generation flagship sedan. From the trademark family grille, back past the long hood and exaggerated front fenders to the clean lines and sweeping roofline the body transmutes back to the broad rear end treatment. The car is striking to
see on the street. 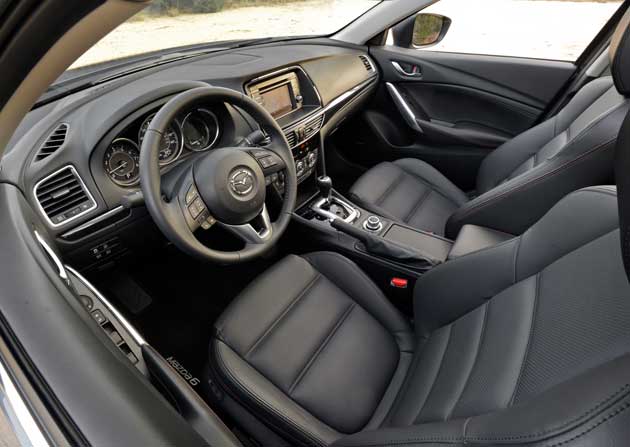 The interior is the essence of simplicity, with a splash of elegance. Controls are well placed for good visibility and ergonomics. The steering wheel is faced with large control buttons for cruise control, audio and communications functions. Their large size and placement makes them easy to use without the driver having to search.

The center console has a control knob that operates the navigation, phone, and vehicle setup and offers redundant audio controls. 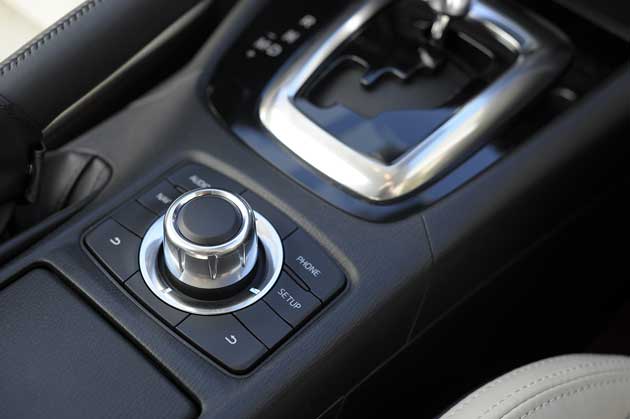 The Skyactiv 2.5-liter engine is highly efficient and uses an exceptionally high 13:1 compression ratio for a gasoline engine along with reduced friction technologies and reduced weight. Mazda has dropped the V-6 engine and is only offering this 184-hp gas engine. (The previous V-6 engine recorded 0 to 60 mph times in of 6.1 seconds; however, the new Skyactiv four-cylinder is good for a 7.4 second 0 to 60.) In a time when fuel economy is often more venerated than performance the new Skyactiv shines with an EPA rating of 26 mpg city and 38 mpg highway with the six-speed automatic transmission. This compares to the previous four cylinder, which was rated at 21/30 mpg and the V-6 at 18/27-mpg.

Later in the year, the Skyactiv-D clean diesel engine will be offered as an option. The lean, high ?revving 2.2-liter four-cylinder diesel has an extremely low (for a diesel) 14:1 compression ratio. The Skyactiv-D doesn?t requirespecial expensive ?after? treatment systems like Urea. Mazda has not officially announced official numbers for the Skyactiv-D engine, but it?s expected to have 173-hp and 310-lb.ft. of torque and an EPA fuel economy rating of 29/40-mpg. 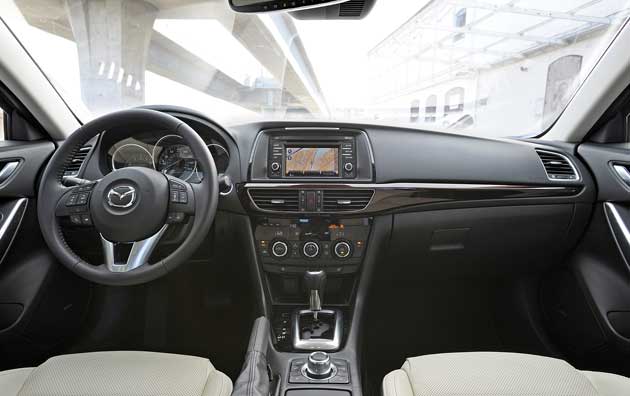 Skyactiv promises a full package of vehicle dynamics for the Mazda6, and that?s exactly what is delivered. The car is amazingly well balanced and it handles beautifully with solid, precise control. Where you want to go, the car goes. In addition, it stops quickly, has a tight turning radius and it does everything without beating the passenger with a harsh ride. With the exception of straight-line performance, the Mazda6 does everything just right. Moreover, when a car performs this well it?s easy to overlook a little slower acceleration.

The Mazda6 is offered with a choice of six-speed manual transmission or six-speed automatic. Both are products of the Skyactiv technology, too, and are equally impressive. The automatic transmission has standard steering wheel?mounted paddle shifters on the iGrand Touring version.

The 2014 Mazda6 promises a great deal of advancement because of its Skyactiv technology, and it delivers on all counts. The car is impressive from the minute you see it and slide behind the wheel and continues to deliver with
impressive drive dynamics. The Mazda6 has been getting well-deserved rave reviews from the media, and we couldn?t agree more. 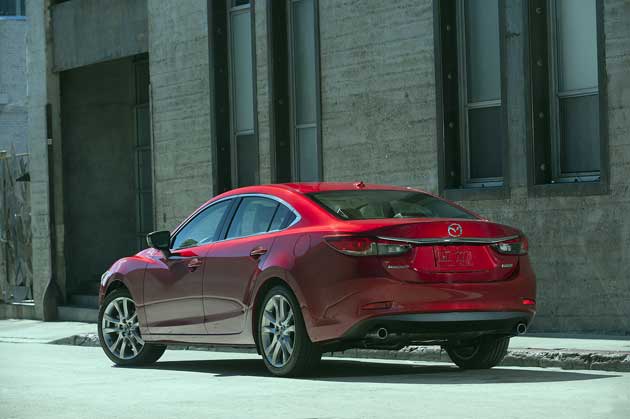 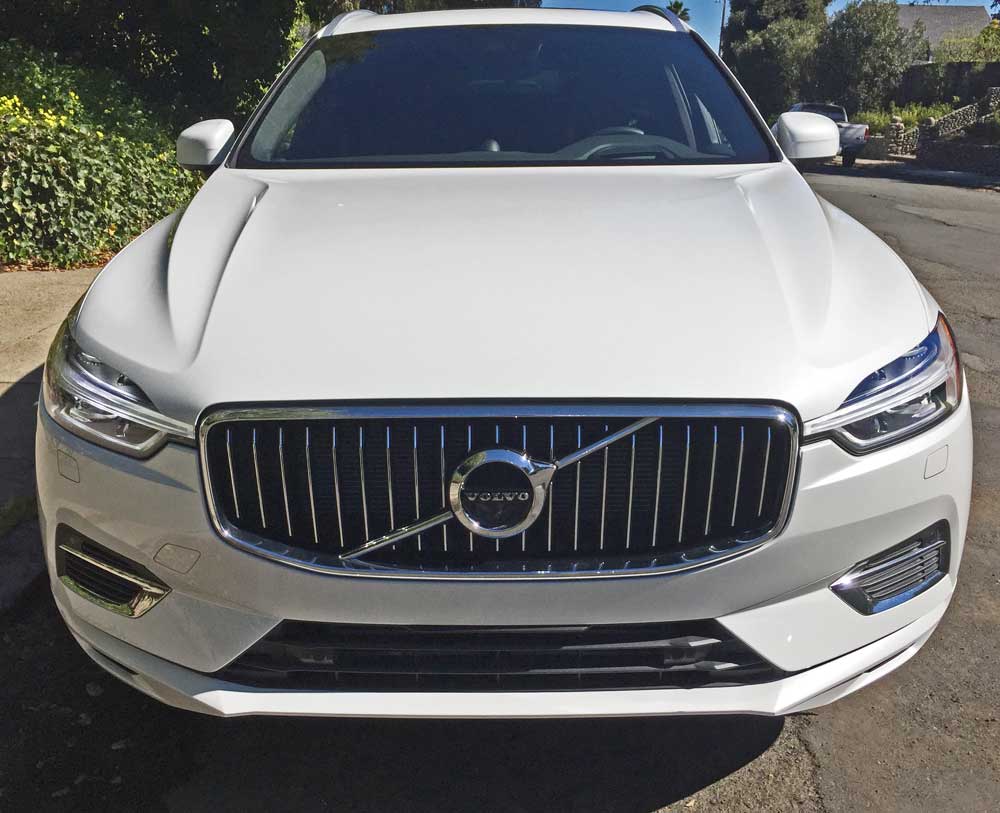