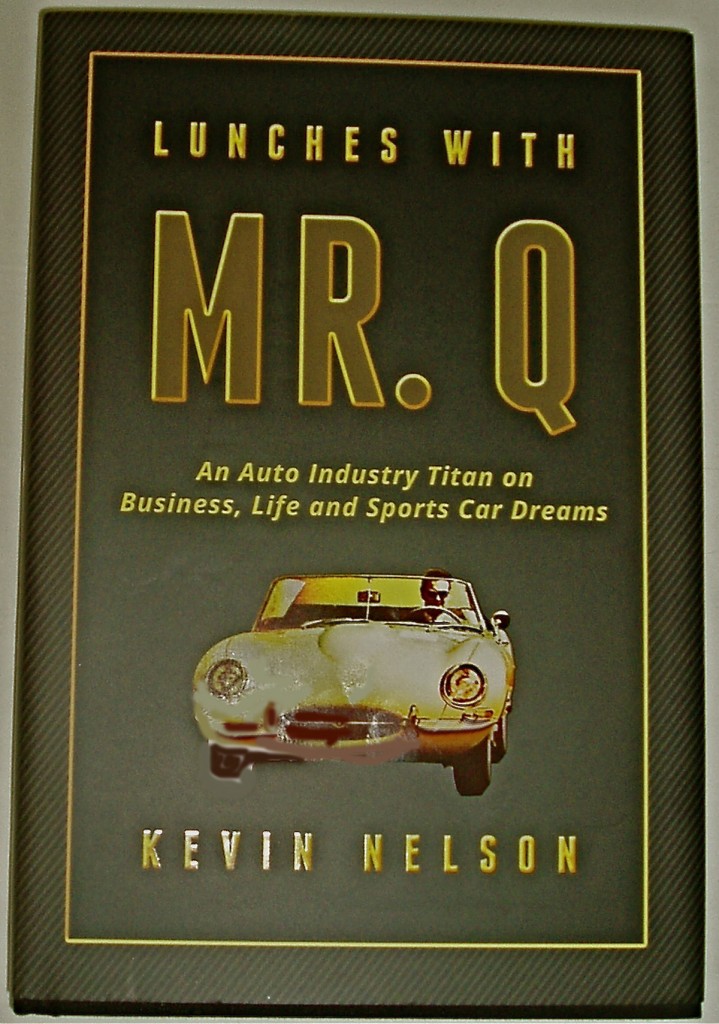 Lunches with Mr. Q, by author Kevin Nelson is the delightful and entertaining account of a series of lunches and meetings with Kjell Qvale (pronounced Shell Cavalli) a self-made, multimillionaire, auto industry titan who, as a boy, came to the U.S. as a Norwegian immigrant to become a legendary entrepreneur and auto industry pioneer. Qvale truly achieved the American dream, turning his passion for the automobile into a remarkable and lifelong career in the auto business.

The book is an account of Qvale?s ?rags-to-riches? life, with his insights on life, automobiles, business, a solid work ethic and his 12 rules for successful iiving. Nelson has skillfully managed to get close to the iconic, now 92-year old San Francisco-based auto dealer, who was among the first to bring the Volkswagen Beetle to America, as well as the first importer of British sports cars to the west coast.

Qvale, always passionate about the auto and speed relates his involvement with building racecars that participated in the Indianapolis 500 and other notable races, along with his failed venture in manufacturing the Qvale Mangusta sports car. He talks of the value of optimism, of risk taking. He has owned race-winning thoroughbred horses and is still involved in the sport.

Nelson has managed to capture the charm, wit and humor of Qvale in this entertaining narration garnered from a series of intimate lunches and other personal adventures, including his involvement with giant figures in racing and the auto industry.

Qvale opened up to the author and developed a lasting friendship in this fully compelling story that is insightful, often funny, and sometimes poignant.

?Lunches with Mr. Q? Southampton Books, P.O. Box 822, Benicia, California 94510. It is a 212-page book with 80 rich illustrations and photos, most of which are in full color. It will surely appeal to anyone who has an interest in cars and shares a passion for life and strives unfailingly to achieve their dreams. For orders contact [email protected]

Kevin Nelson is the award-winning author of 19 books. His previous book, Wheels of Change won the Valentine Award for Excellence in Automotive History as well as a Best Book of the year nomination from the Los Angeles Motor Press Guild. An accomplished speaker who is a consultant for feature films, Nelson?s books include Operation Bullpen, The Inside Story of the Biggest Forgery Scam in American History, which is being developed into a movie: and The Golden Game, ?named one of the top ten books of the year by National Public Radio. He lives with his family in the San Francisco Bay Area.