We think a great part of the appeal of sports utility vehicles (SUVs) is their outstanding usefulness. What other vehicle can carry lots of people, haul large amounts of cargo, cruise comfortably down the highway and climb over rocks and logs in the mountains? The other part of the appeal is that there is a status that makes them look good pulling up to valet parking, being able to break through snow drifts and all while sitting up higher with better visibility. What other single type of vehicle can do so much? 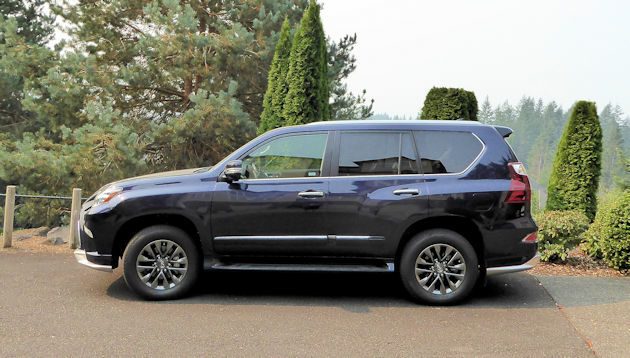 The Lexus GX is a traditional SUV design, but somewhat rare in structural design using a steel frame with a steel body whereas many SUVs have gone to unibody construction. The suspension is a double wishbone system up front and it has a four-link rigid rear axle with stabilizer bar and coil springs in the rear. The combination produces a very smooth ride and more of a rugged persona. The GX also has a standard Kinetic Dynamic Suspension System, which reduces body lean without compromising ride quality. 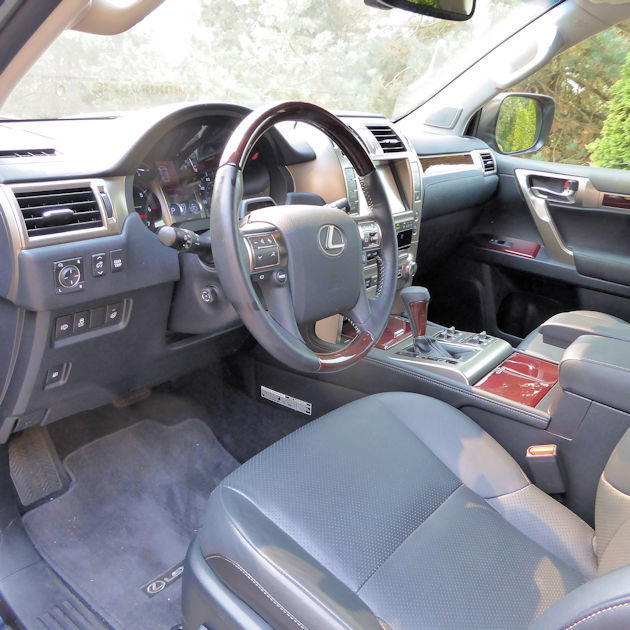 From the side, the styling is relatively ordinary for a more muscular SUV with its flared fenders over large wheels and tires. However, the rugged variation of the Lexus family hourglass grill and the more unusual side-opening rear cargo door gives it a bit more pizzazz and distinction from most competitors. 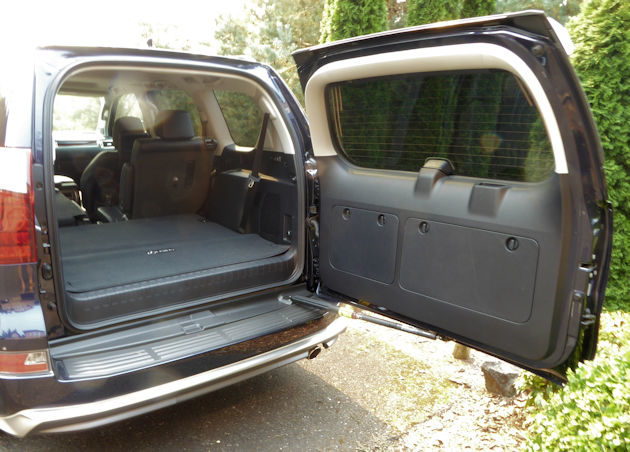 Inside the passenger compartment is a typical Lexus functional plush interior with comfortable seating for seven that looks good and pampers the occupants. The second row has new Captain’s chairs and the front seats have a standalone heated/ventilated option on the base model, but as standard equipment on the upper level models. 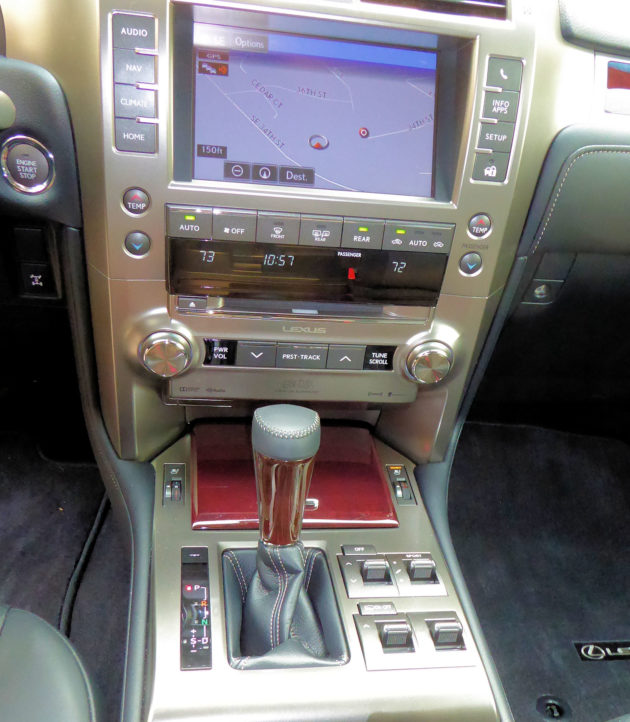 We like the multimedia system screen mounted at the top of the center stack. It?s large and high enough so the driver doesn?t have to continually be looking down away from the road to check the map or adjust the audio, navigation, climate, or vehicle functions controlled on the screen. The touch screen is intuitive, but we prefer some of the console-mounted controls used in some other Lexus models to manage the screen functions. 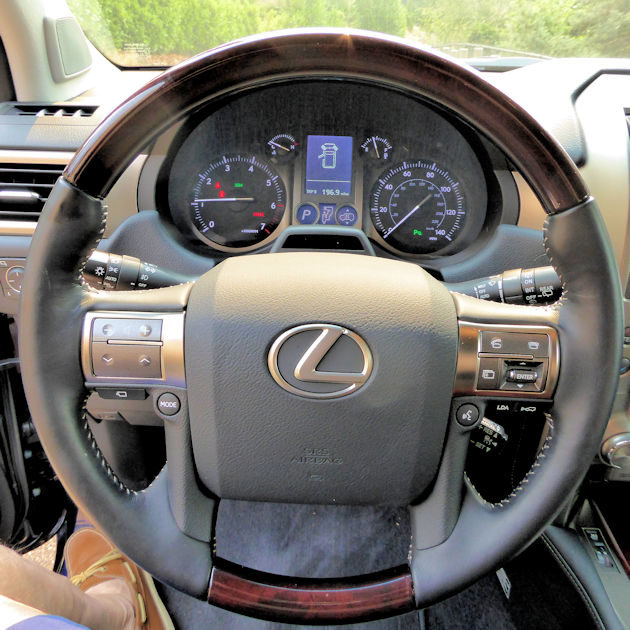 The GX 460 is up to date with its communications and entertainment offerings which includes features like Bluetooth, HD Radio, satellite radio, Siri? Eyes Free Mode and others. An available addition to the navigation system Is the Lexus Enform? which includes a destination assistance service and an app suite. Someone in the vehicle can use the voice-enable apps to search the Internet, make restaurant reservations, order movie tickets, and listen to a variety of audio services. Enform also includes features like Automatic Collision Notification, Stolen Vehicle Location, Emergency Assist Button, Enhanced Roadside Assistance and Lexus Enform Safety Connect and Lexus Enform Destinations. 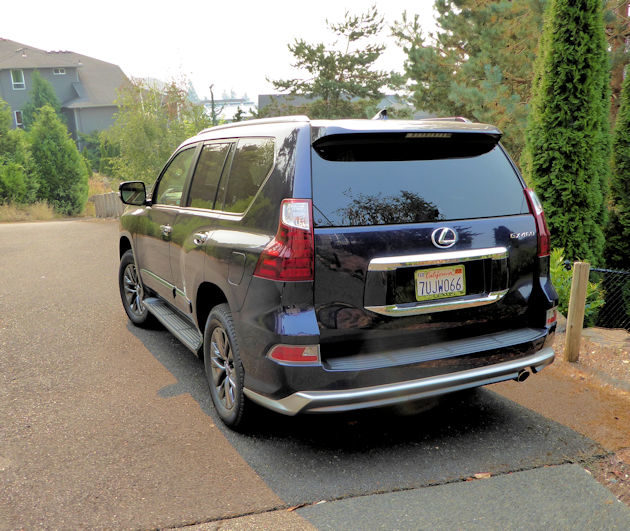 An optional Driver Support Package adds a Pre-Collision System, Driver Attention Monitor, Lane Departure Alert, and Hi-Speed Dynamic Radar Cruise Control. It also has a Driver Attention Monitor to help keep the driver alert. The Attention Monitor uses a camera to watch the orientation of the driver?s face and sensors to determine potential obstacles. If the driver isn?t paying attention it has several steps up to increasing the force on the brake pedal if necessary to help avoid a collision. The system also includes Lane Departure Alert and Intelligent High Beams to automatically dim the headlights. 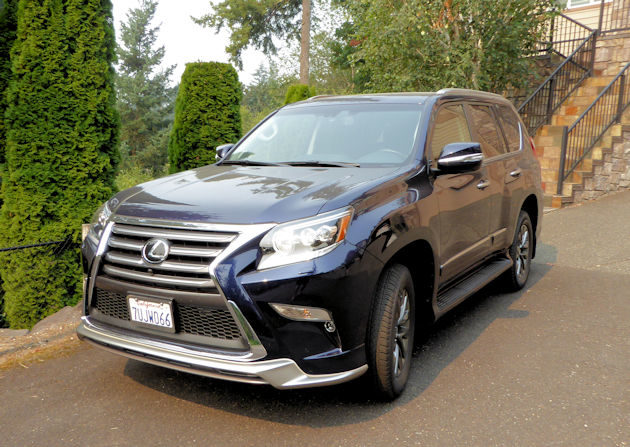 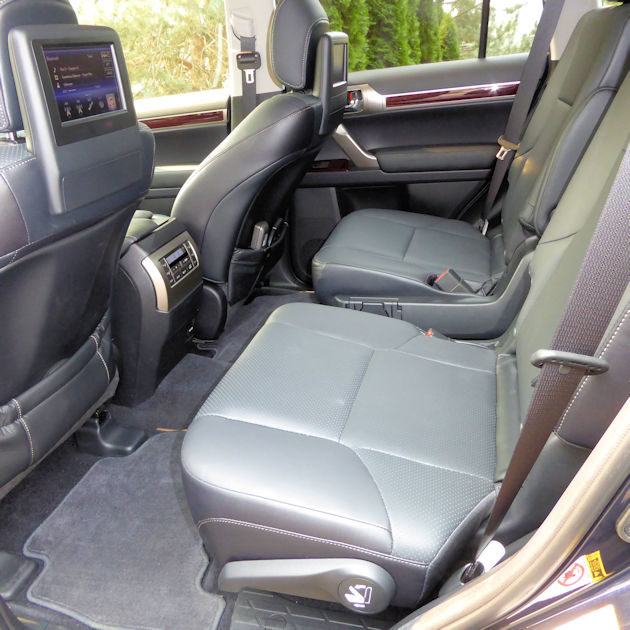 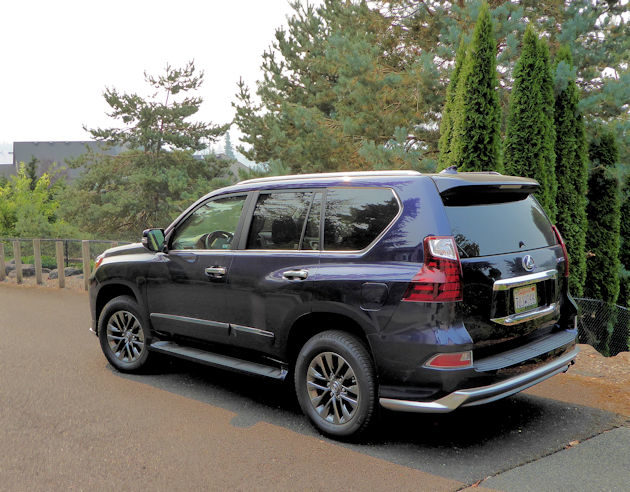 When it comes to comfort and luxury appointments the GX 460 excels and should be on the must drive list of a family looking for a large SUV. It has the size and features that give it the ability to handle a wide range of family tasks from hauling the little league team to bringing home a giant TV from Costco to pulling the family ski boat to the lake. 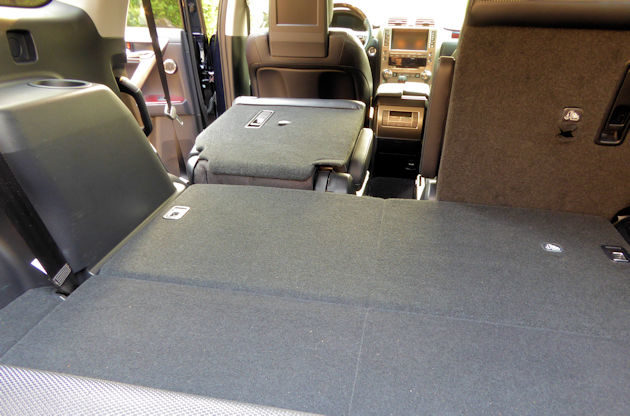 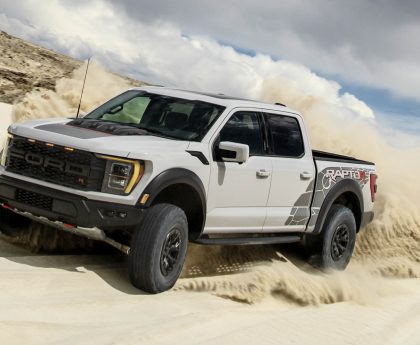