As long-time automotive journalists, we?ve developed a fondness for diesel-powered vehicles. It?s the abundant torque and better fuel economy that gives them an advantage over gasoline engines in our minds. In addition, modern diesel engines are usually very quiet, smokeless and there is no odor. However, it was unfortunate that some misguided decisions by automotive executives nearly killed the diesel engines in the U.S. market.

At the same time, we applaud the decision of Jaguar/Land Rover executives to expand their diesel offerings. Adding a diesel engine option to the Range Rover made particularly good sense, too, because most full-size SUVs are noted for their poor fuel economy. 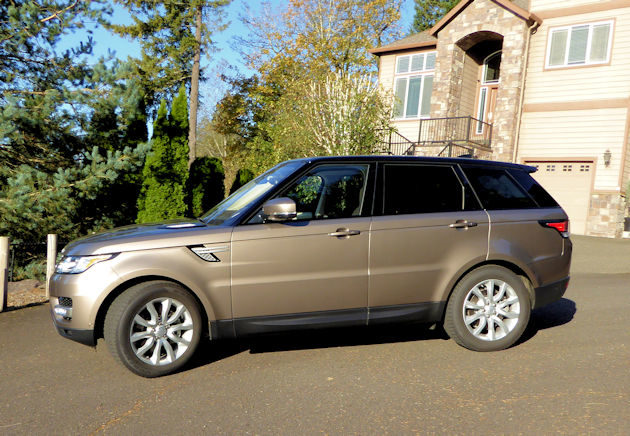 The Land Rover Range Rover Sport HSE Td6 we drove recently has an EPA rating of 22 mpg city, 28 mpg highway and 24 mpg combined ? that?s 4 to 5 mpg better than most 4WD Sport Utility Vehicles. We averaged 25.1 mpg gallon at the end of the week, according to the trip computer. The Td6 accelerates from 0 to 60 mph in 7.2 seconds according to the manufacturers and has a maximum speed of 130 mph. 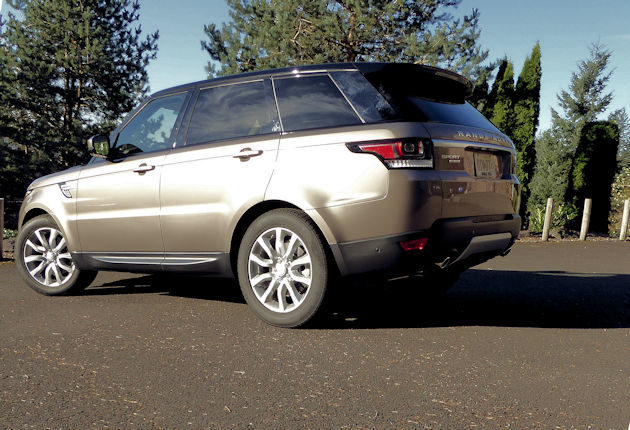 The U.S. version of the Td6 diesel engine is a direct injected 254-hp, 3.0-liter V6, with double overhead cams and a single turbocharger. The engine produces 440-lb.ft. of torque at 1,750 rpms. This is just slightly less than the supercharged V-8?s torque rating and more than 100-lb.ft. more than the V6 plus the torque arrives at half the RPMs of the gasoline engines. That means the diesel is better suited for towing heavy loads and off-roading where reaching the maximum torques at a lower gear is extremely beneficial. You also feel it on the highways with its smooth linear acceleration. It?s this underlying strength of diesel engines that makes them fun to drive. 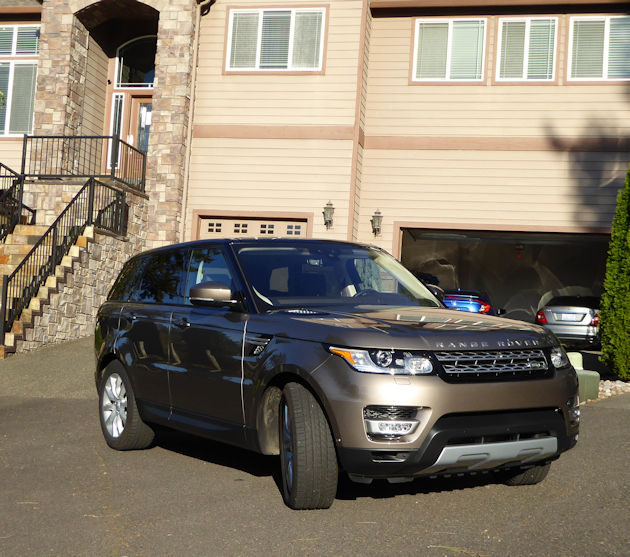 The basic diesel engine has been used in European Land Rovers for years and to power various related models. The U.S. version has a Selective Catalytic Reduction (SCR) system which uses Diesel Exhaust Fluid (DEF) to reduce NOx emissions. The inexpensive DEF is injected into the exhaust and, as the resulting mixture passes through the SCR, NOx is turned into harmless nitrogen gas. The DEF reservoir needs to be replenished periodically by the owner or at a Land Rover store.

Like the gasoline engines, the Range Rover Sport?s diesel engine is paired with ZF?s eight-speed automatic transmission. That?s the same smooth shifting transmission that is also used in many performance cars and it?s been one of our favorites. 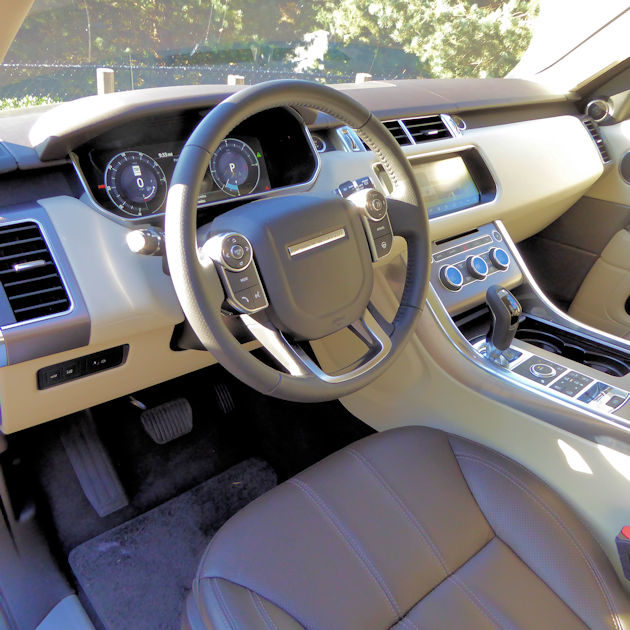 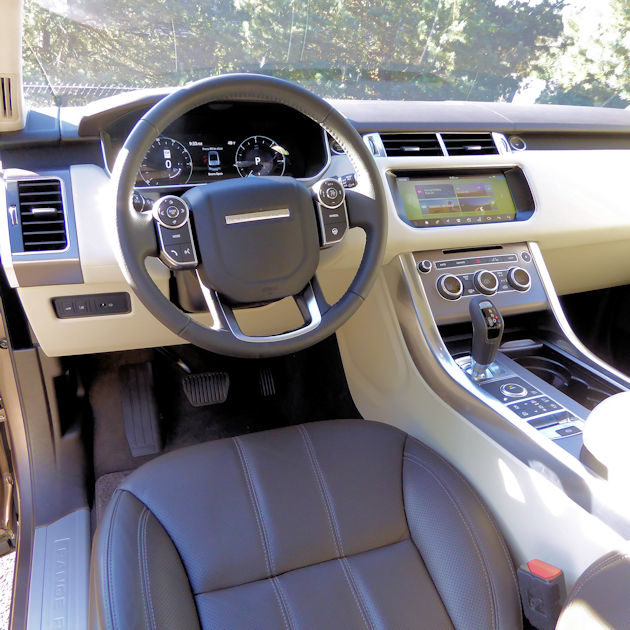 Located to the rear of the console-mounted shifter is the Terrain Response? 2 system control. During spirited driving, the system sets up the vehicle for a firmer ride, tighter body control, reduced roll and more responsive steering along with quicker throttle and transmission responses. For off road, the Terrain Response? 2 uses the Active Rear Locking Differential for better traction and Torque Vectoring to move power to the wheels with the best traction. The system controls the front and rear suspension independently. 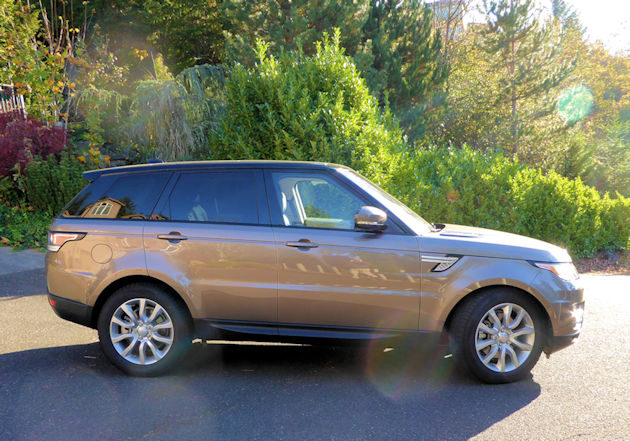 Off-road there is no question of the Range Rover Sport?s abilities. The driver simply turns the dial to the best Terrain Response?2 setting including General, Dynamic, Grass/Gravel/Snow, Mud/Ruts, Sand, Rock Crawl or Auto which intelligently selects the most appropriate mode and it goes almost anywhere it?s pointed, as long as it doesn?t break the law ? of gravity. 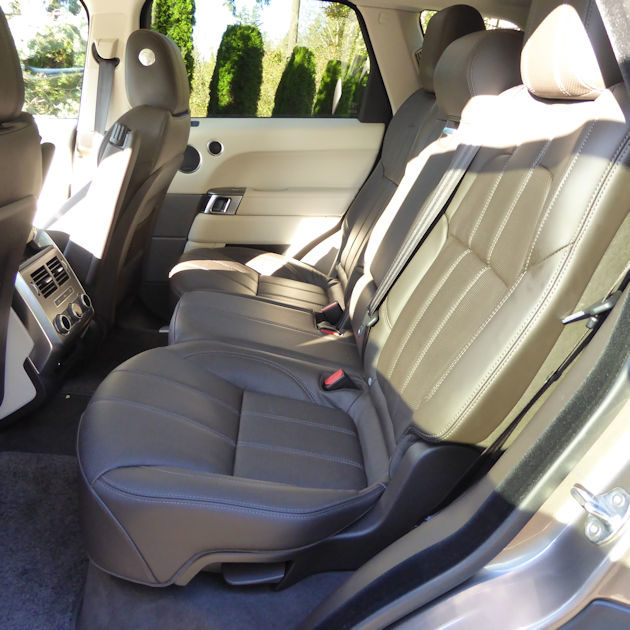 The plush Range Rover Sport seating is classified as a 5+2 with an available third row for occasional use. When the occasional seating is not needed, it hides quickly under the floor, so it doesn?t take up cargo space. The posh British-styled interior is filled with soft leathers with twin needle stitching, real wood and aluminum trim in a clean simple look with excellent placement of controls and instrumentation. The navigation system is improved, but still could be faster acting for our impatient tastes. 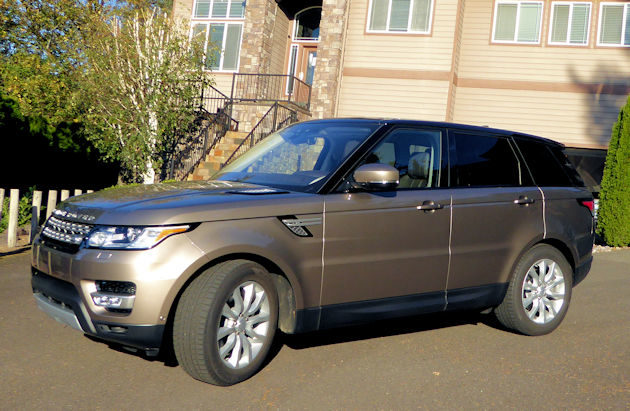 The redesigned Range Rover Sport has a fresh interpretation of the Land Rover DNA. The look is aerodynamic with a steep windscreen angle and rear-sloping version of Land Rovers signature floating roof-look. The significantly longer wheelbase cuts the front and rear overhangs for better off-road entry and exit angles. It also gives it a more contemporary look.

Base models have standard analog style instruments with a five-inch display screen in the middle for messages and indicators. Upper level models have a new 12.3-inch high-resolution display, which looks three-dimensional. The display changes when a different drive mode is selected, to provide more information for the driver. There is also an eight-inch high-resolution touchscreen on the center stack for the navigation system, audio and other vehicle functions. 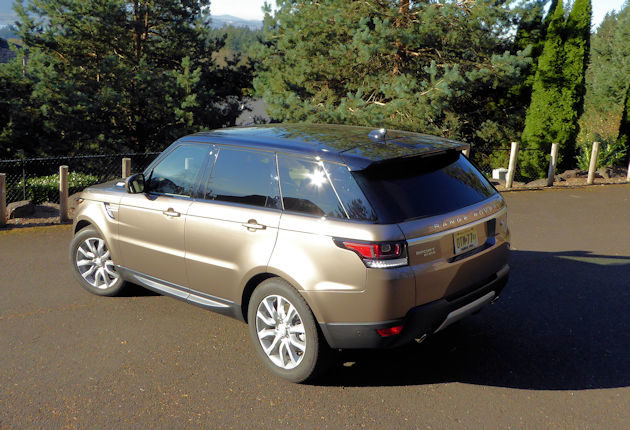 Range Rover Sport pricing cover a broad range from $67,745, including the destination charge, for the SE with the 340-hp 3.0-liter supercharged V6 engine up to $112,595 for the SVR performance version with its 575-hp 5.0-liter supercharged V8 engine. The Sport comes in five trim levels including SE, HSE, HSE Dynamic, Autobiography and SVR. The diesel engine is a $2,000 option on the SE and HSE trims.

When it comes to SUVs, we think the Range Rovers are the best, and the diesel engine offers a significant fuel economy advantage over gas-powered SUVs. Range Rovers are expensive, but nothing else offers the on- and off-road performance, and luxury they offer. 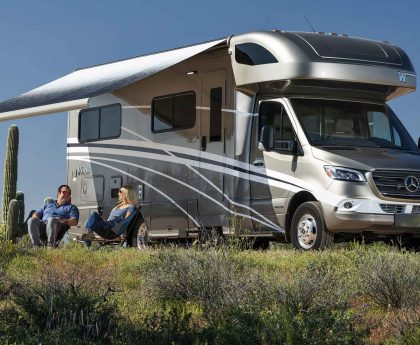