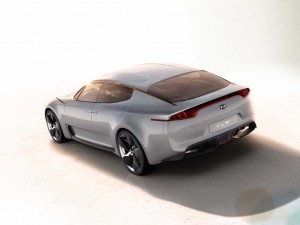 Rumors suggest the car is destined for production in a more refined version to do battle with graceful sedans and hatchbacks like with names like Porsche Panamera, Audi A7, and founder of the four-door coupe genre, the Mercedes-BenzCLS, but with a much more sedate pricing.? Elements of Kia design shine through on the model with a Kia family style grille. 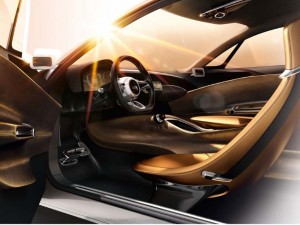 Dimensions indicate the GT is likely built on the family?s Hyundai Genesis and Genesis Coupe underpinnings. Under the hood is a new turbocharged 3.3-liter V-6 (390-hp) with new 8-speed automatic transmission, which debuted recently in the larger Hyundai Genesis and Equus sedans.

Back stage talk says, the GT will have a direct influence on a future flagship likely soon from the Korean automaker.? ?The GT design, which has hints of Audi A7 design, comes from the team of Kia design chief, German Peter Schreyer, who was one time an Audi designer and adds fuel to the rumors that Kia is headed upscale. Schreyer said in his closing remarks about the GT at Frankfurt, ?It may be a dream now, but sometimes dreams come true.?? 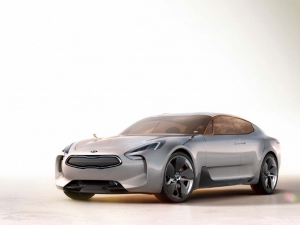