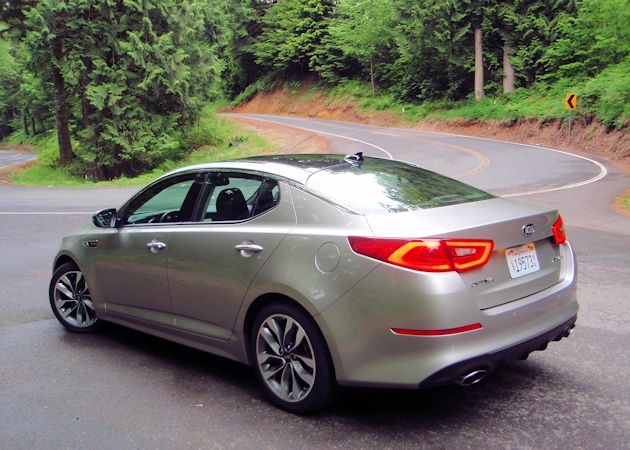 The Kia Optima has certainly been the major success story of the midsize sedan offerings. The second generation Optima, which was produced from 2005 through 2010, had modest success, selling 27,382 the last year it was produced. Then Kia redesigned and re-engineered the Optima, and ?poof?, sales went up more than 300 percent the next year, then another 180 percent the following year. Last year Optima sales reached 155,817. That number is still short of the Accord and Camry, which are selling around 400,000 annually, but the Optima has become a player just as we predicted it would several years ago.

Optima ratings have climbed and has it has won some major awards and, but its greatest appeal is in the styling which comes from Peter Schreyer?s design team. Before heading Kia design, Schreyer was responsible for styling icons like the Audi TT, Audi A6 and Volkswagen New Beetle. His influence is now across most of the Kia product line and it has moved the company from blah to brilliant. 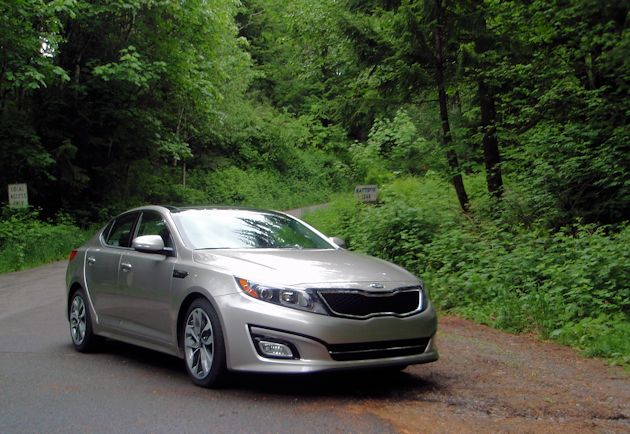 The Kia brand has always been a value leader and their warranty program is the industry?s best. Lately they?ve also been bringing home some of the top quality ratings including top quality rankings for the Optima and Kia Soul in the recent Strategic Vision?s Total Quality Index Study. 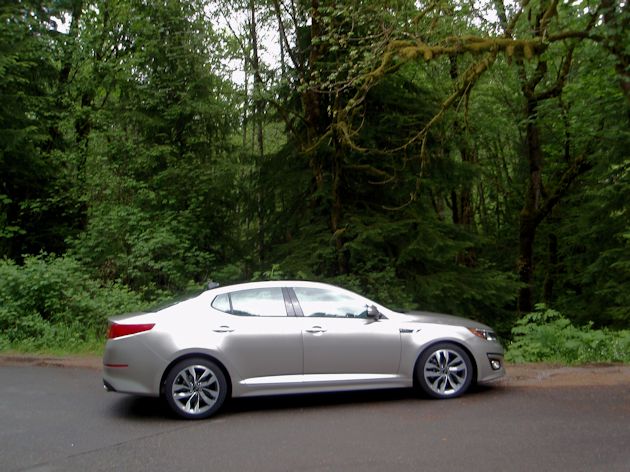 Going into its fourth year of production, the Optima has aged well and still turns our heads with its crisp simple lines. The Optima hasn?t received significant changes since the new model debuted but each year it?s been ?polished? to a brighter shine especially with new technologies. 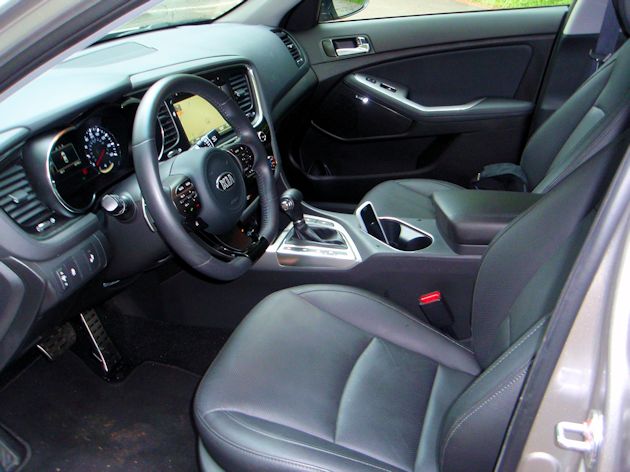 The interior wears a tailored look with a cockpit style layout where the controls encircle the driver. The bolstered seats are covered with soft leather and have perforated inserts. The perforated fabric is also used on the door panels to complete the clean upscale look. The controls on the console, center stack and steering wheel make up one of the best arrangements we?ve used.? Large well-marked controls are conveniently grouped in a logical fashion.? We especially appreciated the easy to use navigation system that could be controlled by the passenger while the car was moving, so it wasn?t necessary to stop every time a new destination was input.? This is especially helpful when you are in an unfamiliar area. 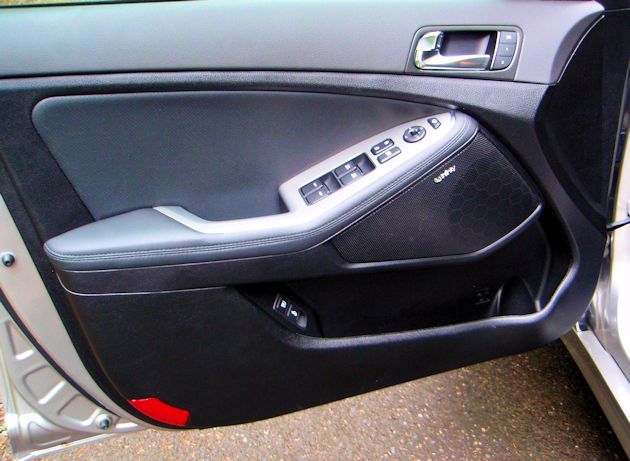 Available in five trim levels LX, EX, SX, SX Turbo and SXL Turbo, the Optima offers shoppers a full spectrum of prices and feature levels. The base LX starts at $22,450, including the destination charge, for a nicely equipped entry model. Prices advance with more features up to the Limited which wears a $36,300 price and includes all of the available features. Our SX Turbo started at $28,500 and added a premium package of panoramic sunroof, power folding outside mirrors, UVO eServices, HD radio, rear camera, and several seat upgrades including heated front and rear seats and ventilated front seats for $3,300. It also had the technology package which added navigation, blind spot warning and back-up warning for $2,300. 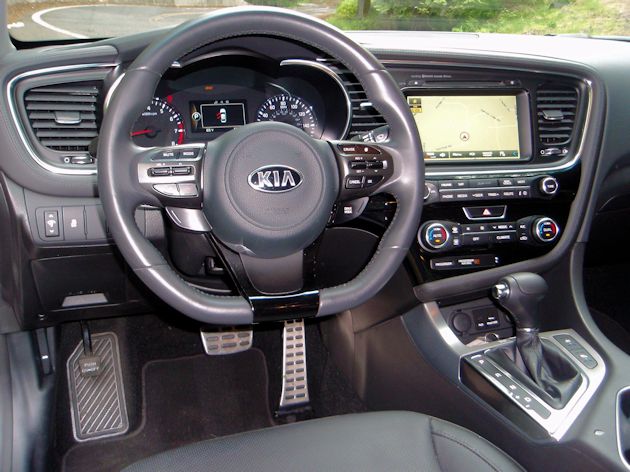 Optional on all 2015 Kia Optima models, and standard on the SXL Turbo, is the next-generation of UVO eServices. Accessed using the owner?s Smartphone, the system integrates Geo Fencing, Driving Score, Speed Alerts and Curfew Alerts along with the original features like My POI, eServices Guide, 911 Connect3, Car Care Web, Parking Minder4?and Vehicle Diagnostics.?You can learn more about the system at https://www.myuvo.com/. 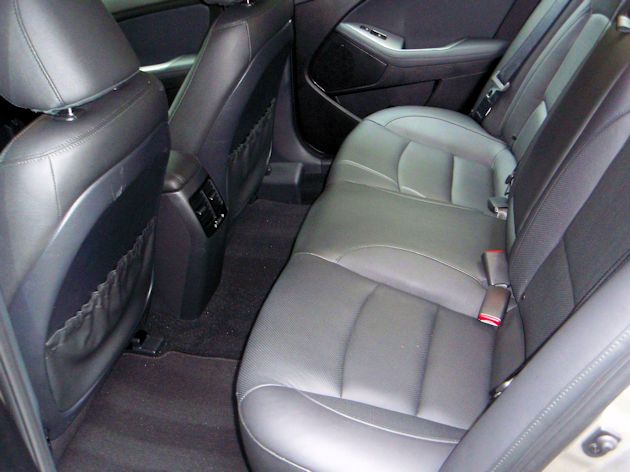 The turbocharged 2.0-liter that powers the SX Turbo and SXL Turbo models has a significant performance bonus and earns a ?really fun-to-drive? rating. The 274-hp Direct Injection four-cylinder is capable of a 0 to 60 mph run of 6.5 seconds and the EPA says fuel economy should be 20 mpg city and 31 mpg highway. We actually averaged 26.7 mpg for the week we drove it. All the Optima models use a Kia designed six-speed automatic transmission with manual shifting mode, and the SX models have steering wheel mounted shift paddles. 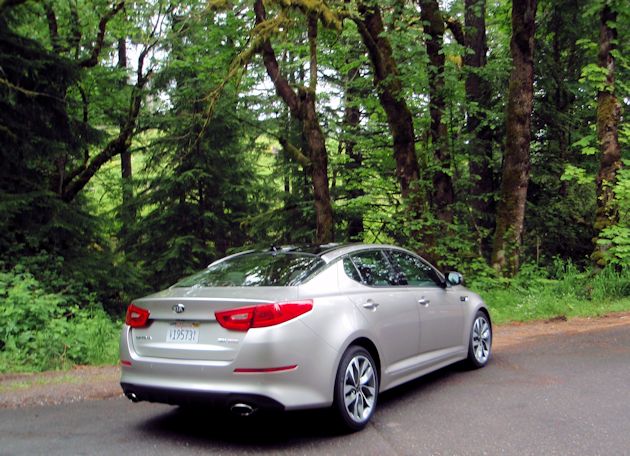 The Optima comes well equipped with safety features like active headrests, seatbelt pretensioners, stability control, traction control, Vehicle Stability Management, Hill-start assist and many others.?? For a Kia owner, the great warranty could be considered an investment safety feature, with its 10-year/100,000-mile limited powertrain warranty in addition to the five-year/60,000-mile limited basic warranty and roadside assistance program.

On the open road the Optima is well balanced, precise and feels connected with a nimble attitude and good control. It?s hard to believe it?s a front-wheel drive car — there?s no discernible torque steer or wavering, even when turning and accelerating. It?s easy to see why the Kia Optima is so popular. 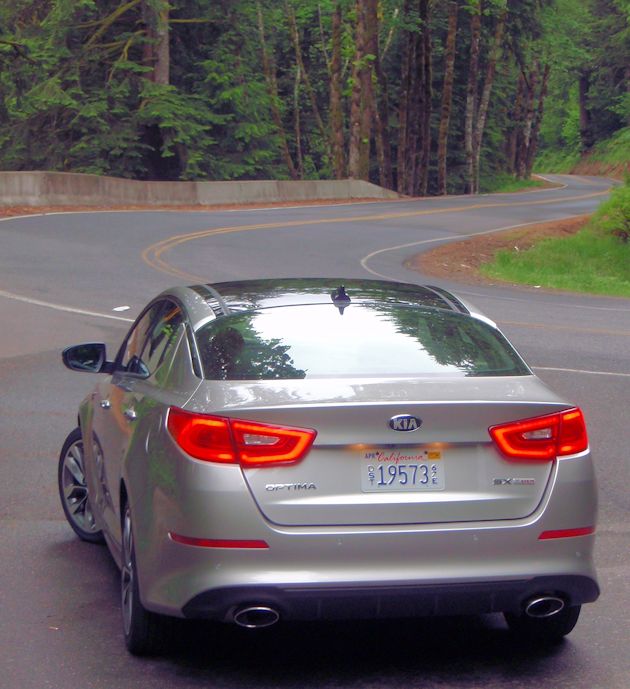 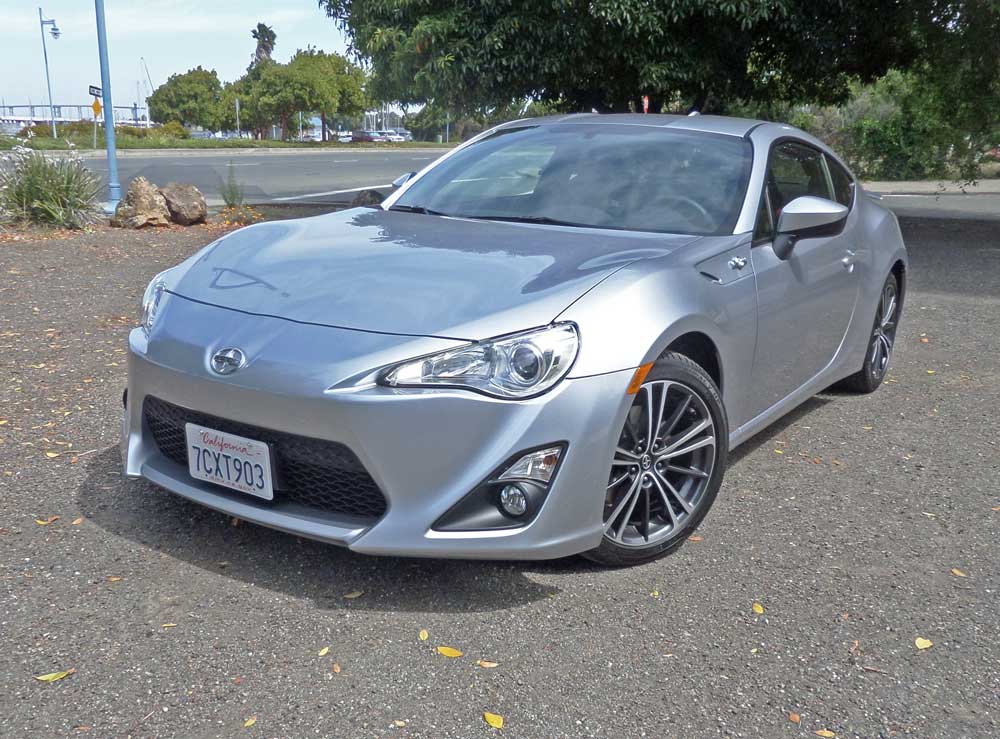 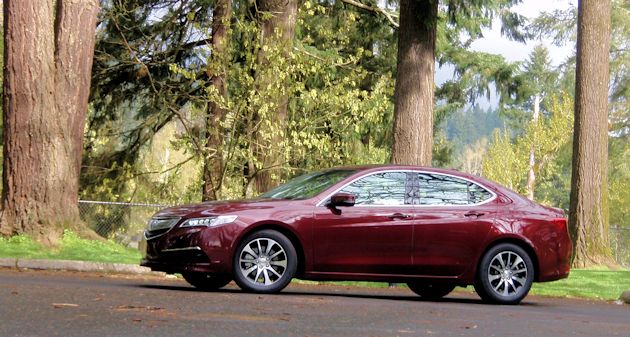