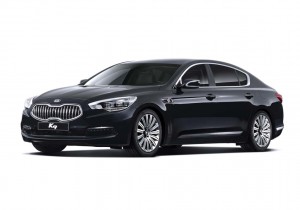 As the Kia brand keeps moving up in quality, design and performance, the idea of a new luxury flagship seems like the next step up for the brand.

With Kia?s sibling partner, Hyundai, making impressive moves up the luxury ladder with models like the rear-drive Genesis and high level luxury Equus, Kia has an easily available foundation for such an expansion.

Kia has such a model ready to debut in the Korean market, but final details of the K9 concept are unavailable at this time. ?Speculation has it sharing the underpinnings and drivetrain elements used in the Genesis and Equus, including the 5.0-liter direct-injection V-8 used in those two models.

With former the former Audi chief designer, Peter Schreyer, now serving a Kia design director, the new cars have a distinctive European flavor.? The K9 has the look of the popular and beautiful four-door coupes now offered by nearly every premium brand. 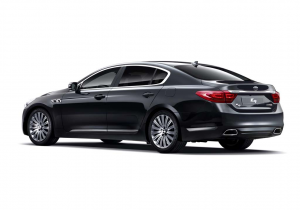 The Korean model is expected to be a technological marvel with all the advance communications, safety and high-end features including things like LED headlights and taillights.

The K9 debuts in Korean in the last half of 2012, but the timing for a U.S. release is unknown.