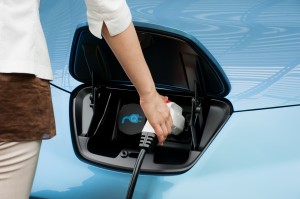 Japanese automakers have formed a coalition of auto manufacturers, including Nissan and Toyota, Tokyo Electric Power Co. and the Japanese government to create a world standard for electric vehicle (EV) charging.

With a standard charging technology in place, it will be easier for companies to gain acceptance for electric vehicles. Charging locations would be much the equivalent of gasoline stations where drivers will be able to recharge quickly and keep driving after batteries start to run low.

Also by creating a common protocol for fast-charge systems, each manufacturer could cut development costs, while encouraging the use of the EVs.

“What we need to do is make this protocol a standard outside Japan,” said Tsunehisa Katsumata, chairman of Tokyo Electric Power Co., the main utility backing the venture. In an effort to make that happen, CHAdeMo was launched in mid-March launched with 158 partner companies.

The idea is to create a common charging protocol to fast-charge electric cars from various brands. In Japan there are currently about 1,000 electric vehicles on the roads and 150 quick-charging stations nationwide.

According to Automotive News, Nissan, Toyota, Fuji Heavy and Mitsubishi Motors Corp., all of which have either launched electric cars or plan to do so soon, use the same fast-charging technology and are part of the group. This will give CHAdeMo and the Japanese automakers a head start as the system is introduced into the U.S. to support these EVs. 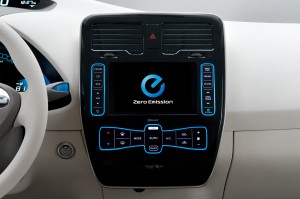 CHAdeMo is concentrating efforts on the quick charge stations that act as a safety net, expanding the range of the electric vehicles. The charging points will act similar to gasoline pumps by using heavy-duty electric cords that plug into the vehicles delivering 50 kilowatts of direct current electricity at 150 to 200 amps. They will charge the EV batteries in minutes rather than hours, which are required for a home charger.

Studies in Japan have shown people will tend to drive further when they know the chargers are available, even if they don?t always use them.