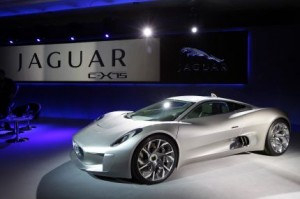 Dream cars from Lotus, Jaguar and Volkswagen were picked by a jury of more than two dozen professional journalists as the 2011 North American Concept Vehicles of the year.? The awards were presented on June 20 at a ceremony at the Automotive Hall of Fame in Dearborn, Mich.

The awards are designed to recognize vehicles most likely to shape the future of the automobile industry.? The ten annual award winners were picked from 29 vehicles introduced during this season’s auto shows in Los Angeles, Detroit, Chicago, Toronto, and New York. 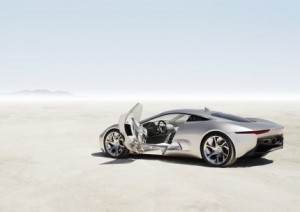 Jaguar?s C-X75 was top pick as the 2011 Concept Car of the Year.? The electric-powered super car uses micro-turbine technology to charge its batteries. This was the third time a Jaguar was a category finalist.

The Concept Car category recognizes those vehicles where passenger carrying is the primary intent. The finalists in the Car category were the Audi Quattro, the Jaguar C-X75, the Mazda Shinari, and the Porsche 918 RSR Hybrid.? Since the concept voting, Jaguar announced plans to build the C-X75.? (Read more about the car at www.iVeho.com).

The Lotus Eterne Concept, a four-door hybrid from the Lotus five-model concept fleet, took top honors as the 2011 Production Preview Vehicle of the Year.

The Production Preview Vehicle category is for those vehicles based on a model that has already been announced or planned for production. The finalists in this category included the BMW 6 Series, the Ford C-Max 7, the Lotus Elan, and the Lotus Eterne.

Volkswagen Bulli was 2011 Concept Truck of the Year.? It was the brand’s fifth time as a category finalist, and second visit to the podium.

The Concept Truck category recognizes those vehicles where cargo carrying is a significant consideration. In spite of record high energy costs, the popularity of versatile, capable trucks remains strong in the North American market. The finalists in the Truck category were the Ford Vertrek, the GMC Sierra All Terrain, the Kia KV7, and the Volkswagen Bulli.

After totaling all the votes from the three categories, the Jaguar C-X75 posted the highest overall score to earn the top award as Most Significant Concept Vehicle of the 2011.

Additional information and details regarding the nominees, the selection jury and the award winners can be found by visiting http://www.northamericanconceptawards.org on the web.