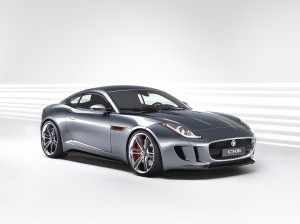 Our favorite concept at the 2011 LA Auto Show had to be the Jaguar C-X16.? Paying homage to one of the best designs of all time, the famous Jaguar XKE sports car, the new C-X16 takes the traditional front-engine, rear-wheel drive formula that Jaguar defined over the decades and reinvents it for the 21st Century in a performance-oriented hybrid drivetrain with 50:50 weight distribution.

?The C-X16 is our compelling vision for a 21st century Jaguar sports car. It embodies the established Jaguar strengths of sensual design, animal-like agility and inspirational performance and combines these with attributes that set us on a course to create sustainable sports cars of the future.?? – Adrian Hallmark, Global Brand Director, Jaguar Cars. 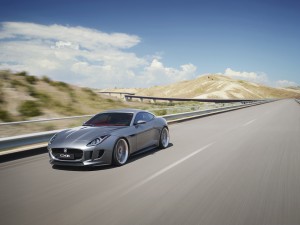 It is powered by a supercharged all-alloy 3.0-liter V-6 rated at 375-hp and 332-lb.ft of torque the gasoline engine is supplemented by an electric motor producing up to 94-hp and 173-lb.ft of torque.? ?The C-X16 is capable of a 0 to 62 mph sprint in just 4.4 seconds and to a top speed of 186 mph.? The C-X16 uses a new eight-speed gearbox and it?s all mounted in a lightweight aluminum chassis.

The aluminum bodywork is wrapped as closely to these mechanicals as possible to distil the essence of Jaguar sports cars into the next evolution of an already award-winning design language. ?By stretching the main feature lines back from the focal point formed by the grille and pushing the wheels as far into the corners as possible, the car has a taut, poised-for-action stance that is unmistakably Jaguar. 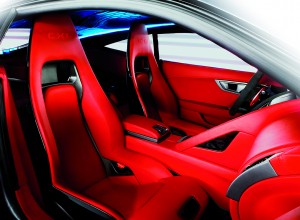 The interior showcases important future technologies such as multimodal rotary controls that incorporate miniature OLED screens, which reconfigure to reflect the different functions that can be performed via the controls, all of which are designed for maximum compatibility between sports car needs and everyday usability.

An example of this is the full smartphone integration via the ?Connect and View? system by which the central TouchScreen reconfigures to mimic the screen of a connected device. The central screen also features a second-generation interface with fingertip touch supplemented by buttons that provide short cuts to top-level menu functions. 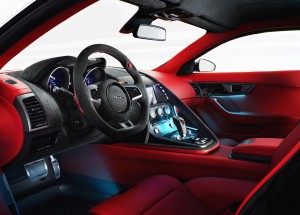 As expected from Jaguar, premium materials are used throughout, with the main touch surfaces composed of a combination of anodized aluminum, rich piano blacks, dark chrome, and carbon fiber that underline the car?s performance potential. The manually-adjustable bucket seats are made of lightweight composite materials with a central carbon-fiber spine for rigidity and support.

The C-X16 marks how the next generation of Jaguar sports cars will produce their power in an environmentally conscious manner. The concept is powered by an experimental hybrid powertrain that combines an all-alloy V6 engine with a performance-boosting electric motor with a “Push-to-Pass” feature inspired by the Formula 1 Kinetic Energy Recovery System (KERS) system. 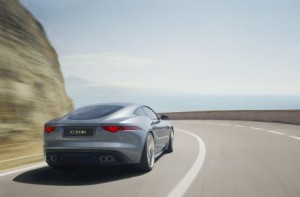