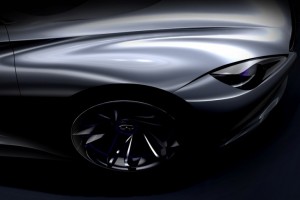 Infiniti announced it plans to unveil a highly advanced, range-extending electric sports car concept in March 2012 at the Geneva Motor Show.? As a teaser, the company released to photos at the recent Los Angeles Auto Show hinting a dramatic design along with a brief message stating the vehicle is being created to extend the potential for high performance, low emission electric cars.
Explaining the strategy behind the concept, Andy Palmer, Executive Vice President, Nissan Motor Co., Ltd and Infiniti said: “At the Geneva Show next year, we will present our vision for a totally new kind of inspired premium performance car. ?Infiniti already has hybrid and clean diesel models on sale. And with an all-electric sedan on the way, the natural next step was to push the boundaries where performance and the environment intersect.? 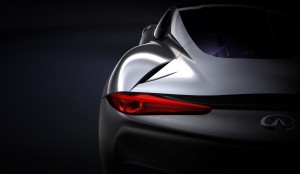