Infiniti appears to have a line of high performance parts in the works, according to documents filed with the U.S. Patent and Trademark Office.? Nissan has filed for trademark protection for both ?IPL? and ?Infiniti Performance Line.?

Nissan officials declined comment on the new line and the names. 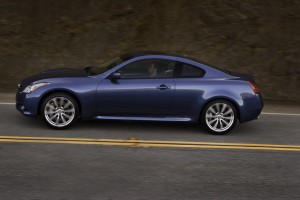 In earlier news, Nissan announced Infiniti will start using a four-cylinder Mercedes-Benz engine at the base offering in future models of the popular G models, according to an Automotive News report. The engines will come out an alliance between Daimler AG and Renault-Nissan.

The G model vehicles will use a Mercedes inline four-cylinder built by Daimler to help meet new fuel economy mandates. Carlos Ghosn, CEO of?Renault SA and?Nissan Motor Co., did not indicated timelines, or to what extent the Mercedes engines will be integrated into the G sedan and coupe.

At the present time, no Mercedes branded vehicles in the U.S. use a four-cylinder engine, but a 1.8-liter four-cylinder is offered in the C-Class in Europe.