Shopping for a new car can be really exciting, but if you’ll be driving around kids in car seats it can be intimidating too. Even cars that advertise themselves as family-friendly sometimes don’t lend themselves to using a bunch of car seats in the back. Most parents don’t know what to look for when they head to the dealership, so arm yourself with this information to choose the best car for your family.

Here are six things to think about when picking out a car for car seats. While you’re at it, be sure to read up on the most common dangerous car seat mistakes that parents make – this free ebook could save your child’s life.

Lots of parents have heard of “LATCH” for installing car seats, but many don’t know what it actually means. The acronym stands for Lower Anchors and Tethers for Children.

Though you might be most familiar with the clips at the bottom of your car’s seat back, the unsung hero is the “tether” part of the system. Once your child is in a forward-facing car seat around age 3, you’ll need to use that top tether along with either the lower anchors or the seatbelt. It decreases your child’s head movement by up to 6”, reducing the likelihood of injury from hitting the seat in front. Many forward-facing car seats today require its use.

Unfortunately, you won’t find a tether anchor point behind every seat. American and Canadian cars are required to have three tether points, and some manufacturers stick with just that minimum. Even in some minivans with six rear seats, you’ll only find three where you can safely install a forward-facing car seat! On the other hand, some manufacturers go above and beyond by providing a top tether in every position. You will find this on the 2020 Honda Odessey.

Why it matters: You may only have one, two, or three kids in car seats back there. But it’s helpful to have as much flexibility as possible if you need to transport a cousin in a car seat, a grandparent, and eventually a carpooling friend. Some positions will work better than others for different ages and different car seats (especially if they’ll be next to each other), so you’ll want to make sure that your new car gives you plenty of options to accommodate your family through the years. This chart is extremely handy for finding the detailed LATCH configurations of nearly every car.

Once you bring the car home, be sure to check the manual to find out how the car head restraints should be positioned when you use the top tether. Every car is different and you might be surprised at what you find out! Every now and then you’ll come across a forward-facing car seat (or booster seat) that is incompatible with a car.

2. Look For Seatbelts That Don’t Overlap

Sometimes car manufacturers do things that make no sense at all. For a few years, one car that was supposed to be a great pick for growing families made the confusing choice to overlap seatbelts – meaning it wasn’t technically safe or allowed in the manual to seat three people in the back seat. And owners definitely weren’t supposed to install three car seats back there!

It seems like a small detail and one that a long-standing car manufacturer should have gotten right. But obviously, someone over there dropped the ball for several years.

Do yourself a favor and give a quick check in the back seat to make sure the seat belts don’t cross each other. If you see anything that looks funny, make sure you read the manual to find out.

3. Try For Dedicated Lower Anchors in The Middle

Lower anchors aren’t necessarily any safer than the seatbelt when you’re installing a car seat. But many parents find it easier to install correctly with lower anchors. And if an easier installation means you can do it correctly every time, you’ll want to be sure your shiny new car has lower anchors where you want them!

For many parents, that means they want to be able to use the lower anchors in the middle of the back seat. It’s the furthest from any potential impact, so it’s a little safer than the outboard seats.

But there are plenty of cars on the market that don’t allow a lower anchor installation in the middle! If you see a dedicated set of anchors in the middle, you’re definitely in the clear (that means you would see either 5 or 6 anchor points as you count going across the back seat).

But what if there are only four anchor points? You might be able to use lower anchors in the middle by “borrowing” from the outer seats. But not every car maker allows it and not every car seat allows it. You’d need to check both sets of manuals to be sure it’s a safe and legal solution for you.

The easiest option is to choose a car with dedicated LATCH in the center, like the 2020 Volkswagen Atlas or 2020 Kia Telluride, if you really want to avoid a seatbelt installation. Just remember that at some point, you’ll almost certainly have to make the switch, as lower anchors are only allowed until the car seat and the child weigh 65 lbs.

At least that’s what car manufacturers keep saying – and keep asking consumers to pay for. But the inflatable seat belts now available on some car models aren’t a good option for families with kids in car seats.

Many car seats don’t allow installation with inflatable seatbelts. They haven’t been tested together and the car seats aren’t designed to work with them. Those seating positions are fine when your baby is little because you can always install with LATCH.

But usually, around age 4 or 5, you will have to start installing your car seat with the seatbelt because the weight of your child plus car seat will hit 65 pounds. If your car is equipped with inflatable seat belts and your car seat doesn’t allow installation with them, you’ll have to buy a new car seat – sometimes a pricey proposition.

Personally I’d pass on the inflatable seat option if you’re a family with car seat riders. You never know exactly which car seat you’ll need at a given stage of life, and it would be mighty frustrating to find yourself stuck a few years down the line! If you absolutely love the idea of inflatable seat belts, make sure you check the car seat manuals online before you buy a car seat.

Some cars have the shoulder belt attached to the car’s frame several inches forward of the seatback. For kids riding in harnessed car seats, it’s not a big deal. But as your children get older and eventually (around age 7 or 8) start riding in backless booster seats and later using only the adult seatbelt (around age 10-12), it can be a real problem. These seatbelts sometimes start so far forward that the shoulder portion doesn’t fully contact your child’s torso when they’re sitting properly. It’s most commonly seen in the third row of some minivans – exactly where lots of parents like to put their oldest kids.

Be sure to try out all the seating positions of a potential new car to make sure the seatbelts are sensibly placed. The last thing you’d want is to find out a few years down the line that there’s no safe way for your kids to ride in the back seat of the “family car”. 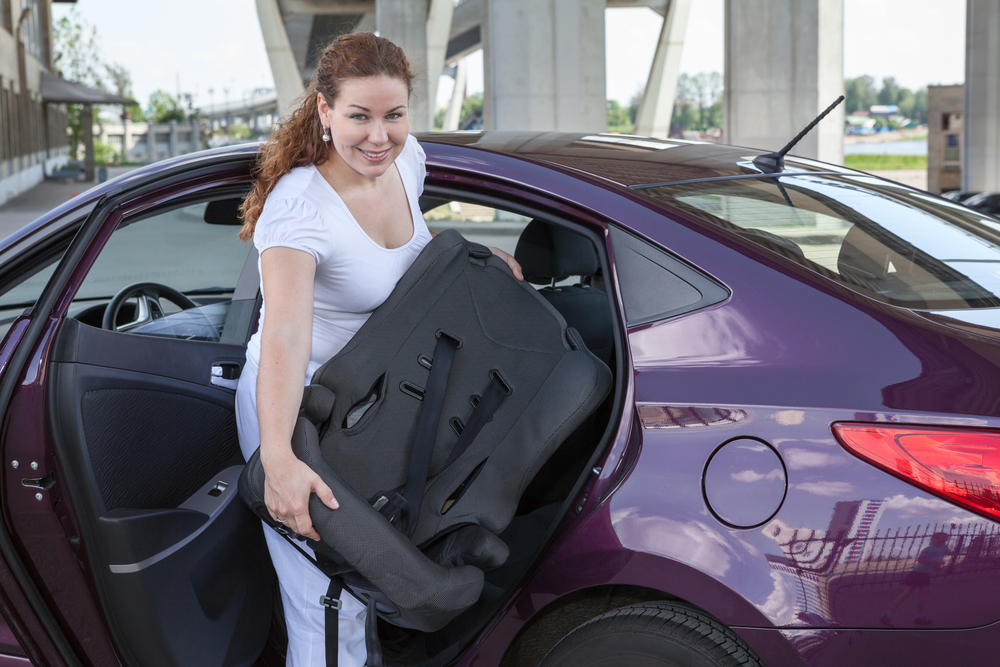 If you already have kids (and their car seats), it can be helpful to bring them along on your shopping trip. Some seats work better than others in different cars due to the shapes of car seats, headrest requirements, and more. Of course, it’s a lot cheaper to replace a car seat than a car, so if you find a car that you absolutely love it might require a different child car seat you can just factor that into your budget.

I hope these tips have helped you get a handle on what to look for in your new car purchase! While these might seem like small details, they can make or break your experience trying to keep your kids safe in the car.

Guest author: Melissa Conn is a Child Passenger Safety Technician and avid traveler. You can find out more about the nitty-gritty of traveling with a car seat at Travel Car Seat Mom or get inspiration for your family’s own adventures at The Family Voyage. 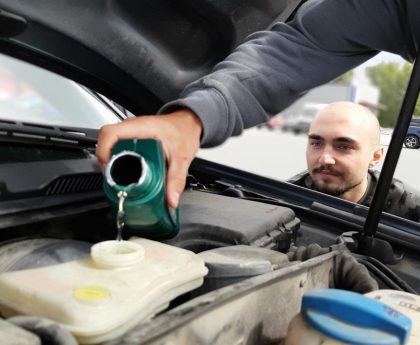