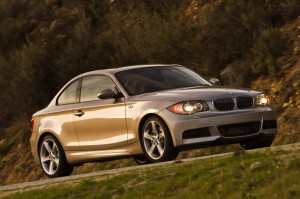 Initially shown as a 1 Series tii concept at the 2007 Tokyo Motor show, recent spy photos indicate an M version of the BMW 1 Series may actually be in the works.? Road and Track magazine says sources at BMW indicate the high performance variant of the 1 Series is likely in Europe in 2011 and in the U.S. ?by 2012. ?It should happen with the next generation 1 Series, and no later than the 2013 model year.

It is unlike that the smaller BMW will get the logical M1 name, because that would conflict with the name of the M1 supercar from the late 1970s. 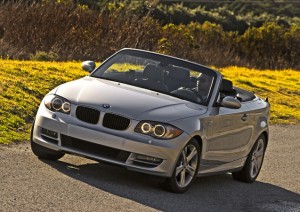 Whatever it is called, the high performance variant will likely get a modified version of the current twin turbo 335i ?engine, probably at about 350 hp, which is 50 hp more than the current 135i.

Like all BMW M models, this one will get an enhanced suspension, more brakes, larger wheels and all the accompanying M upgrades.? R&T says both a coupe and convertible version are likely.