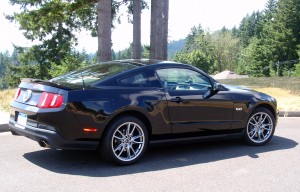 She ? My silver blue Ford Mustang with a white top and blue vinyl interior was one of only 5,338 of the Luxury model convertibles built that first year and one of the 559,451 Mustangs sold in 1965. That made the Mustang one of the most successful new cars in history, and that?s even more amazing when you consider a top selling car today may total only 200,000 or 300,000 units.

Through 46 years of ups and downs, and five generations, there have been nine million Mustangs sold, but none even comes close to the level of sophistication offered in the 2011 model.

He ? We could pop the hood to get right to the heart of major changes in the 2011 Ford Mustang GT, but seeing the 5.0-liter V-8 ?with four-valve Twin Independent Variable Camshaft Timing (Ti-VCT) does little compared to hearing the brutish exhaust note of 412 horsepower or feeling the exhilaration of 390-lb.ft. of torque.

In the late 80s and early 90s, the Mustang 5.0 was a favorite for aftermarket tuners, and now it?s back in a more powerful all-new version.

Through the years, Mustang has featured a variety of special performance models, but never has the entire lineup been so well endowed in its stock form.? Mustang buyers can choose from three levels of potency ? a 305-hp V-6, 412-hp V-8 or 550-hp supercharged V-8. 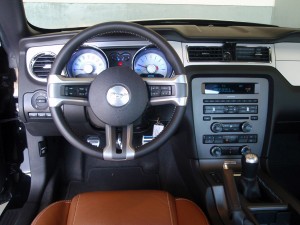 She ? After a major redesign in 2010, other than the engines, changes are limited mostly to sound deadening, structural and safety enhancements.

There are minor enhancements inside, however, including a new driver?s message center and integrated blind-spot mirrors that make it easier to see a vehicle in the blind spot off the rear on each side of the car.? The SYNC? voice activated communications and entertainment system now has traffic information, a vehicle health report and 911 Assist? — I should be so well equipped.

The bucket seats are large, comfortable and provide a better than average lateral support and I like the contrasting color stitching.? However, I don?t care for the contrasting colored stripe down the middle of the seats, it looks like a cheap afterthought.? You could put passengers in the rear seats, but they won?t be overly comfortable, that area is best used for putting goodies, instead of people.

The trunk of the coupe is surprisingly large carrying 13.4 cubic feet, which should easily accommodate four medium size roll aboard bags or about 10 large shopping bags.

He ? Stirring the six gears of the manual transmission is a very short throw console-mounted shifter.? The shifter allows for quick intuitive gear changes with a classic spring-loaded pattern that helps avoid missed shifts, by returning the shifter to the neutral position.? The gears are well spaced to minimize the drop in RPMs between shifts.? A six-speed automatic is a $995 option.

A couple of notable options are the Brembo brake package ($1,695) and the electronics package ($2,340) that includes the Dual-Zone Automatic Air Conditioning, Voice-Activated Navigation System w/Sirius Travel Link and HD radio. 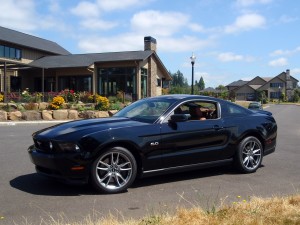 He ? The Mustang GT has received rave reviews from the buff magazines, and in a head-to-head comparison with the legendary BMW M3, Motor Trend magazine said the two cars finished in basically a draw. ?That?s very impressive considering the Mustang is priced about $27,000 less.

She ? I?m normally not a fan of hot rods, the luxury sedans and sexy convertibles are more my style, however, this latest Mustang was fun to drive and even more enjoyable just to listen to.? The deep-throated exhaust note was music to my ears and I like the SYNC communications system, even though I don?t understand most of it.

Performance and drivability aside, designers get a gold star for the new interior, with the soft-touch instrument panel, the retro looking instrument cluster and all the soft, double stitched fabrics.? Genuine aluminum accent panels are a nice touch, too.

He ? With its old-style solid rear axle with coil springs and limited slip differential, the Mustang is a much better road car than I would have expected, but as well as this car handles.? An independent rear suspension would move the Mustang to the next level, but it?s unlikely that Ford will invest in a new rear suspension and drivetrain when this one works so well.

Engineers have obviously spent a great deal of time tuning the exhaust system for the best combination of performance and sounds, and I agree totally with Barbara about the sound of this new V-8, it?s about as good as it gets.

Someone looking for a sporty coupe or convertible won?t find much better at this price. 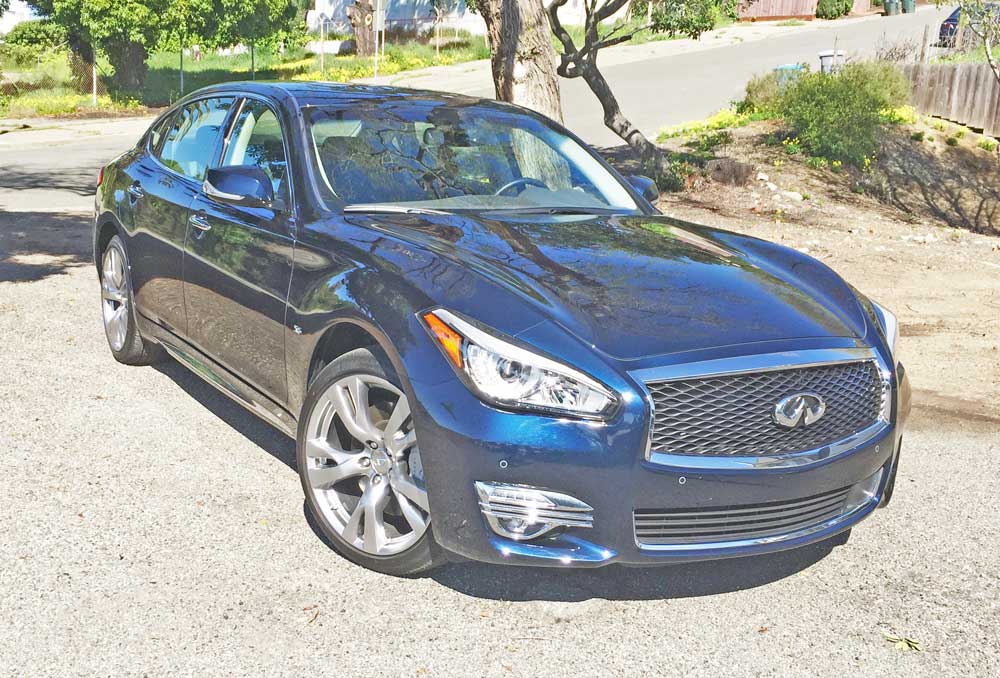