She ? As the hybrid market grows, the spectrum of choices expands with vehicles as basic as the Toyota Prius or Ford Escape up to elegant road masters like the Lexus LS 600h.? There is even a slathering of partial hybrids like the Chevrolet Silverado or GMC Yukon.

Generally manufacturers take existing products and ?hybridize? them, installing batteries under the rear seat and adding all the electrical components and sophisticated computers to make them a hybrid. 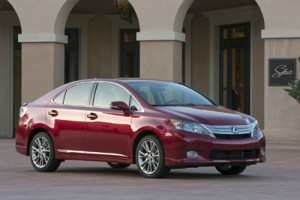 As Toyota?s premium brand, Lexus has gone heavily into the hybrid business with four offerings.? The newest, the HS 250h, is a different kind of animal because it?s new from the ground up and is the world?s first hybrid-only luxury car.

He — When Lexus decided to produce a smaller hybrid to go with the larger RX, GS and LS luxury hybrids, the logical thing to do was to build it from the company?s entry-luxury ES model.? However, with the overwhelming success of their own purposely-built Toyota Prius Hybrid, Lexus planners knew their new smallest hybrid needed to be distinctive.? It needed to be the world?s first hybrid-only luxury vehicle and it was important that it not be a gussied up version of the Prius.

Many will try to associate the HS with the Toyota Prius, but other than a few similarities, the HS is a unique ground up design.

She ? As a purposely-built hybrid, designers weren?t out to win praise from the design world, rather they concentrated on a shape that slipped through the air with a minimal drag.?? Using a combination of design elements, spoilers and underfloor air management, they achieved a best in class 0.27 coefficient of drag (Cd).

The car will get even higher marks from environmentalists for it use of recycled materials including a significant amount of bioplastic materials derived from plants, rather than petroleum. 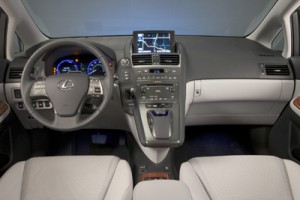 He — A 147-hp 2.4-liter DOHC four-cylinder gas engine and a 40-hp electric motor drives the front wheels of the HS through a high-efficiency continuously variable transmission.? The system combines to produce an EPA fuel economy rating of 35 mpg city and 34 mpg highway, along with 0 to 60 mph acceleration times of 8.4 seconds.? Even with my poor driving habits, I logged 33.1 mpg, according to the trip computer, while doing most of the highway driving, but She hit 36 mpg for some around town shopping.

Lead-footed critics may pan the acceleration, but for people that are shopping for a car like this are not looking to be the first car to the next stoplight.? I thought the car had plenty of power for on-ramps and even reasonably timed two-lane highway passing. ?Handling is better than average with a compliant four-wheel independent suspension.

She ? With this car, there are no compromises.? The interior is unique, stylish and as comfortable as all but the top of the line luxury cars.? We enjoyed the ride and quiet cabin immensely.

The HS 250h Premium model we drove was filled with luxury features like moonroof, automatic climate control, power tilt and telescoping steering wheel with memory, heated and ventilated soft leather seats, genuine wood trim and on and on.? Pricing starts at $35,075, including destination charge, for the base model, while the Premium version takes off at $37,845.? Notable extras on our opulent test car were a 190-degree wide view front monitor ($700) that shows a front view on the wide view screen also used for the navigation system.? We didn?t measure it, but Lexus says the driver can see something within two feet in front of the car.? That?s great for making sure there is nothing laying in front of the car when taking off, but it all so works for pulling out into a street or out of a parking space where you can?t see both directions.

We loved the tech package, too, ($3,900) which includes a device to help keep you in your lane, automated cruise control, heads-up display, park assist with front and rear sensors and a pre-collision system with driver attention monitor.? With all the available options, the price tops $48,000, but I?ve never seen a car with so many innovative driver aids. It is fabulous! 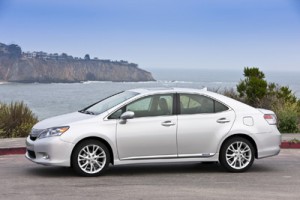 He ? The hard disk drive navigation system ($2,125) was one of the best I?ve seen with the XM traffic, weather, sports and stock information system.? Plus, it had a new Enform? system with Safety Connect?.? This requires a subscription like the GM OnStar system, and includes automatic collision notification, a stolen vehicle locator, emergency assistance and roadside assistance with GPS data.? The system helps the driver find a specific address, a business by name or type and even Zagat-rated restaurants.? Models equipped with the navigation system also get a new casual-language voice recognition feature called Voice Command.? The system is more forgiving than other voice controls we?ve used allow commands to be more conversational as opposed to the rigid systems that require a more proper dialog.

She ? Combining my desire for elegance and comfort with my streak of frugality, the Lexus HS makes great sense.? However, one of the only elements missing on my checklist is head-turning styling. ?The HS looks good, but it doesn?t swivel heads. ?Still it is an impressive hybrid and luxury car.

He ? High tech gadgets fascinate and often frustrate my wife, because I?m always doing ?something? with them while I?m supposed to be driving.? She doesn?t understand that they often help me drive better, but I guess I should learn to use them before I start driving.

The Lexus HS has more technology than any other car I?ve driven and needs to be driven to be fully appreciated.? The tech features, plus the luxury, comfort and economy makes it a winner on my score sheet. 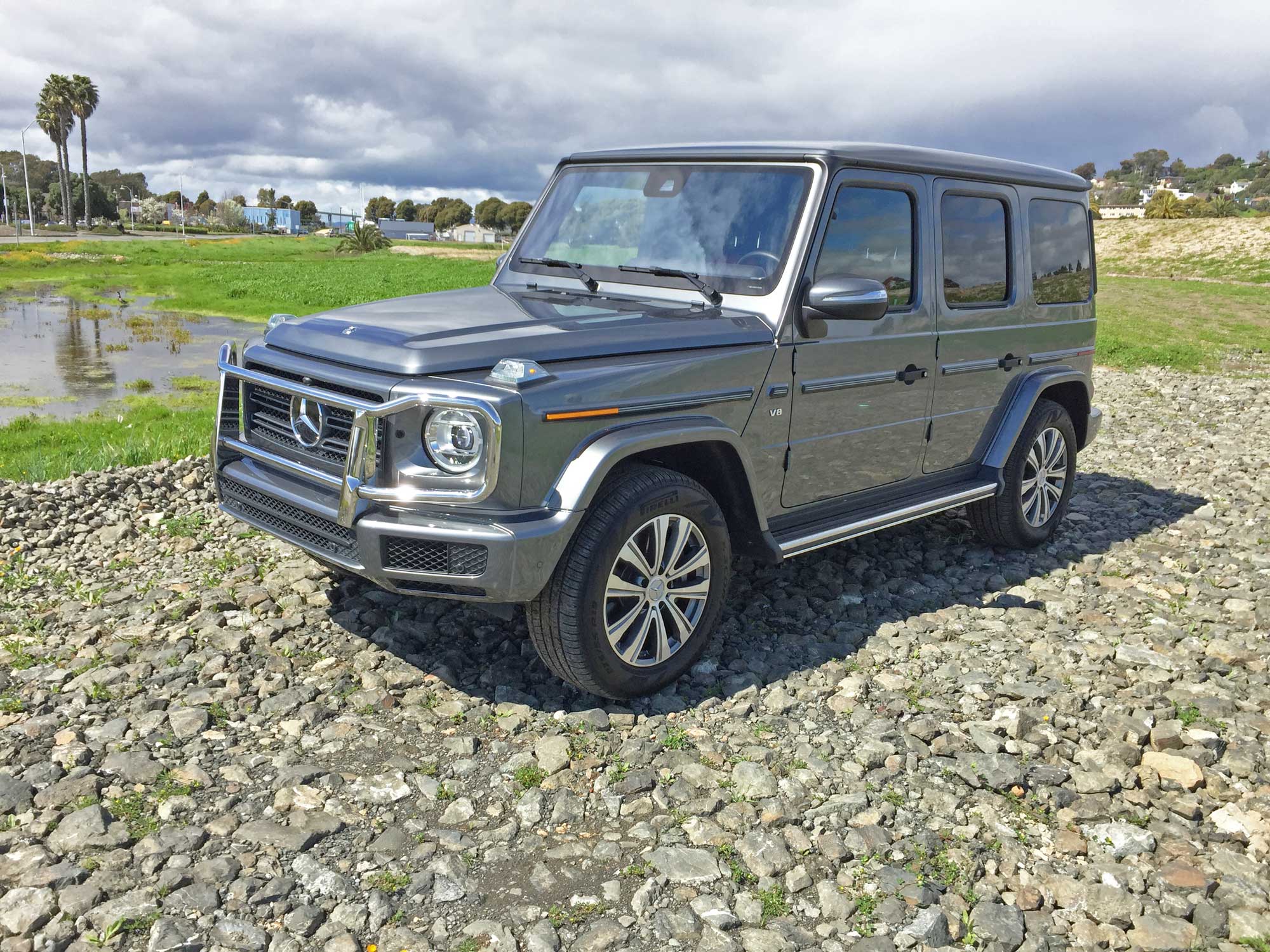