She ? When He said he was picking me up at the airport in a lime green Hyundai, I imagined one of the awful colored cars we had driven a few years ago.

As I walked out of baggage claim and looked down through the mass of cars jockeying for a curbside, I saw it?a sexy Lime Rock Green Hyundai. ?The beautiful coupe stood out as much as a NASCAR racecar might among the sea of bland colored cars.

He ? We have a young neighbor who is a major car guy.? Cars in his well-decorated garage have included a Mercedes AMG, a highly modified Audi A6 and a Viper truck.? Occasionally we drive something that catches his eye and he waves or wanders over to the mailbox when we stop.? The Hyundai Genesis Coupe 3.8 Track caught his eye and brought him trotting out of his garage.

?What is it?? he asked.? ?That?s got about $3,600 in brakes, just on the front wheels?, he continued, pointing at the red Brembo brake calipers peaking through the 10-spoke 19-inch alloy wheels.

The combination of the bright color, which I later discovered was a perfect match for my new green cell phone, and stunning good looks, drew eyes, pointed fingers and comments everywhere we went.

Hyundai designers went all out inside creating a beautiful sculpted and leather clad seating area.? The highly bolstered heated seats provide good support for cornering.? The rear seat is strictly 2+2, which means, not suitable for anyone over 2 years old or an emergency passenger. ??But for me that means a great place to put a purse, shopping bags or the mail.

The dash area is attractive and well laid out with controls intuitively placed on the center stack and large tachometer and speedometer on the instrument panel.? It also has a convenient push-button start and stop system.? I was surprised that the Grand Touring and Track versions both have a standard navigation system.

He ? Mechanically, the Genesis Coupe is amazing.? The engine in the 3.8 coupe we drove is the 306-hp, 3.8-liter DOHC V-6 engine with Dual Continuously Variable Valve Timing (Dual CVVT) and a new Variable Intake System that helps cylinders breathe efficiently at both low and high RPM.? It drives the rear wheels (yes, rear wheels) through a nice six speed manual transmission.? It is also available with an optional six-speed ZF automatic transmission.?? Zero to 60 mph times are a quick 5.7 seconds, and the EPA lists the fuel economy at 17 mpg city and 26 mpg highway.? Our actual average was 22.1 mpg.

The coupe is also available with a smaller 210-hp, 2.0-liter turbocharged four-cylinder engine that accelerates from 0 to 60 mph in a very respectable 7.2 seconds and gets and EPA rating of 21 mpg city and 30 mpg highway.?? It too comes with a standard six-speed manual transmission or an optional five-speed automatic.? Both automatic transmissions have a Shiftronic manual shifting mode and steering wheel-mounted paddle shifters.

She ? Standard equipment on the 3.8 Track Coupe is extensive with options limited to floor mats and an iPod cable.?? Reading the MSRP, I would estimate the Genesis Coupe 3.8 Track price at or near $40,000.? Our test car had a price tag of $31,375 including the floor mats and iPod cable!? Standard features include the heated leather seats, Brembo brakes, 19-inch wheels, heated mirrors, Xenon headlights, aluminum peddles, Infinity sound system with AM/FM/CD changer and XM Satellite Radio and a bunch more features.

The turbocharged four-cylinder version starts as low as $22,750, including the destination charge.? The most you can spend is $32,875 for the same car we drove, but with the six-speed automatic transmission.

He ? The Genesis body is very rigid and weighs less than 3,400 pounds with a 55/45 front/rear weight distribution.? The suspension has MacPherson struts in the front and five-link rear system.? Hyundai engineers have done an outstanding job, putting all these elements together.? It is an excellent road car with strong acceleration, precise handling and world class stopping power.

She ? By looks alone, I love the Hyundai Genesis Coupe, but that?s being superficial.? The Coupe is so much more than a pretty face.? It takes something special to make me like a fast, firm-riding car with a manual transmission, and the coupe has it.? In addition, I can?t think of another car with so much value, plus it still includes ?America?s Best Warranty? ? five-year or 60,000 miles and 10-years/100,000 miles on the powertrain.

He ? This new Hyundai Genesis Coupe is not quite at the same level as cars like the BMW and Infiniti, but it?s starting to get very close, and for $5,000 or $10,000 less. 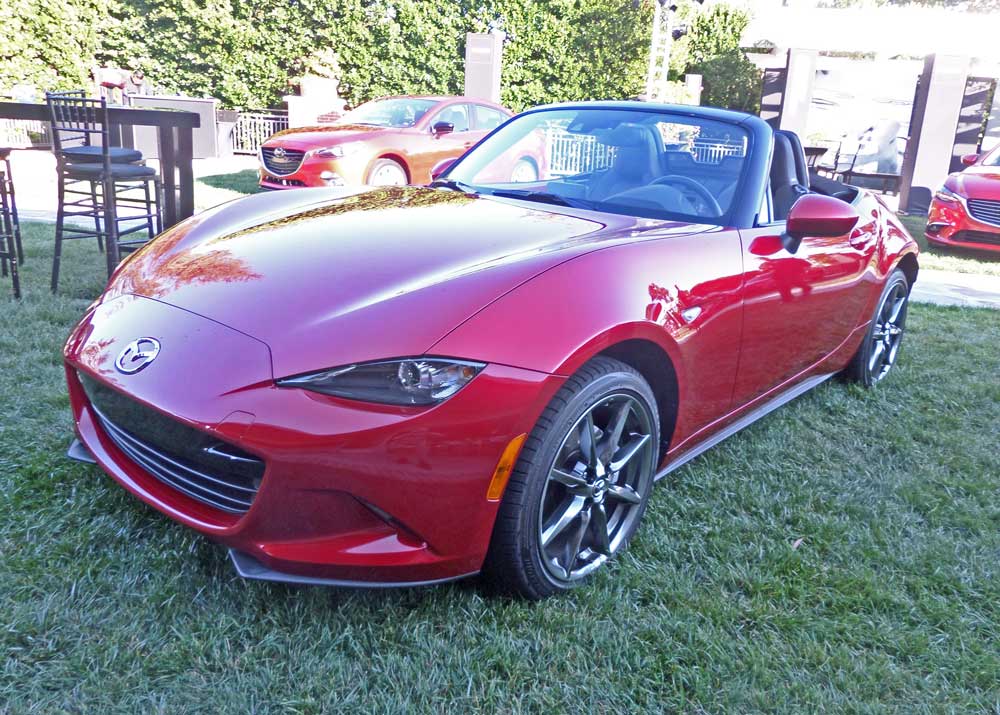