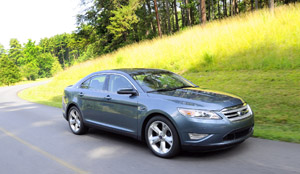 She ? The Ford Taurus SHO will likely get a mixed reaction from consumers.? The SHO is a very big sedan, about the same size and weight as cars like the Mercedes-Benz S-Class, BMW 7 Series and Chrysler 300, and at that size, it goes against the ?smaller is better? attitude that seems to be the recent trend with new cars.

On the other hand, the SHO has a new level of performance, handling and agility for people like my husband who insists on pushing the limits.? However, the SHO gets much better fuel economy than we normally expect from a car with these attributes.? For people like me, it?s a winner with its comfortable quiet ride.

He ? At a time when the automotive tsunami has smaller cars and crossovers riding on the crest, it seemed risky for Ford to be rolling out a big, fast high performance sedan like the Taurus SHO.? On the other hand, SHO might have been a stroke of marketing genius from the company that has become a leader in product innovation.

Ford has had their marching band pounding the digital streets celebrating the virtues of the new EcoBoost system, and what better place to illustrate the concept than by bringing back a cult classic performance name with a new level of performance and (gasp) good fuel economy.? The Ford SHO, which stood for, and probably still stands for, Super High Output, was a performance variant of the Taurus brand from 1989 through 1999.? The car took on cult status and today has a bunch of SHO fan clubs.? Whether this new SHO has the same mystic as the original remains to be seen, but at least it?s a good way to draw new attention to the EcoBoost 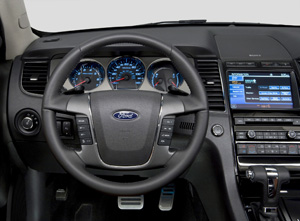 She ? With strong horizontal lines and smaller greenhouse area, the tallness of the Taurus body is minimized and the car looks sleek.? I especially like the unique front fascia with the perforated grille treatment.

As the flagship of the Taurus model lineup, the SHO gets the ?works? with a plush and very attractive interior.? The seats are large and comfortable with good support, but without the stiff surface found on many sport sedans.? The instrument panel and controls are well organized and easy to reach, especially the center console stack, which slopes gradually from the dash rather than dropping vertically.

The styling is fresh so it doesn?t look like everything else on the road.? The Taurus is taller than most sedans, and that makes it easier to get in and out of; you simply slide in or out without having to climb up or drop down into the seat.

We had adult friends in the back seat who were very comfortable with the large space and especially with the standard heated rear seats.? Even the cargo area was a very specious 20.1 cubic feet.

He ? The SHO is the only Taurus powered by the new Ford EcoBoost V-6. ?The engine uses twin turbochargers and direct injection to pump out 365-hp and 350-lb.ft. of torque.? The result is V-8 like performance with fuel economy more like a four cylinder.? Driving all four wheels, through the standard six-speed automatic transmission, the SHO makes the 0 to 60 mph sprint in an impressive 5.2 seconds.? When the shifter is pulled into the manual mode, steering wheel mounted shift paddles add an extra measure of driver control.? The shifts are smooth, but not especially quick

For its size, the SHO has an agile responsive feel and stays flat on corners even when pressed.? A $995 performance package adds performance brake pads, stability control off-switch, enhanced steering and special tires and wheels for even better handling.

He ? The SHO proves that new car buyers don?t have to give up driving fun just to be environmentally friendly.? The EPA gives the SHO a rating of 17 mpg city and 25 mpg highway.? We averaged 22.5-mpg, which puts the SHO ahead of many of the performance sedans in miles per gallon numbers.

The SHO was also our first experience with Ford?s new capless fuel filler system.? I had to get gas during a rainstorm, and not having to remove a cap made the task quicker, so I only got soaked halfway to the bone. 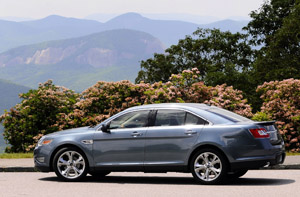 She ? Ford is doing well with many of their new products, and I think the Taurus SHO is a great addition.? The car does everything right, plus it has a level of technology and features few other cars can match, especially at this price point.

He ? We have been fans of turbocharged engines since we bought a new Ford Probe GT in 1989.? That car was more fun and got better fuel economy than nearly any car we?ve ever owned.? We are excited Ford has embraced turbocharging for a majority of their new engine lineup, which is expected to encompass 90 percent of their engines by 2013. 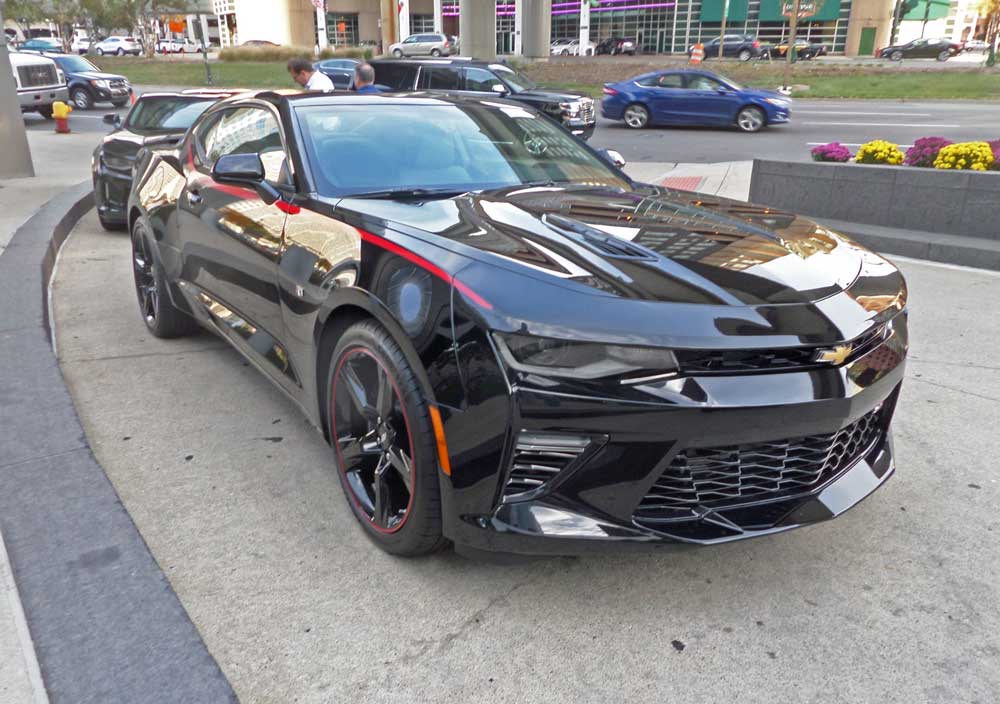