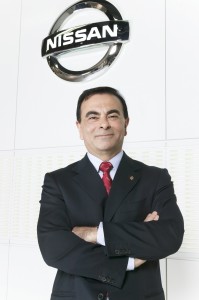 Since taking the helm of the floundering Nissan auto company in 1999, Chief Executive Officer of Nissan, Carlos Ghosn, has made audacious plans.? His first plan, the Nissan Revival Plan (NRP) announced in October 1999 called for quickly returning Nissan to profitability, reducing debt, and cutting costs while creating long-term growth opportunities.? This was to set the stage for explosive growth. NRP seemed impossible, but it worked, and Carlos Ghosn became a legend in Japan and in the auto industry.

Ghosn, who now also heads Renault, the company that purchased the floundering Nissan in 1999 and put him in charge, has developed a reputation for making bold public business plans, and this week he made another.

“Nissan Power 88,” Ghosn?s plan that went into effect on Monday, June 27 as he announced it, is a wide-ranging six year business plan that will accelerate the company’s growth across new markets and segments.

The name of the plan emphasizes key corporate goals: Nissan will renew its focus on the overall customer experience through actions that elevate its brands’ power and sales power. By the end of fiscal 2016, the company will aim to achieve a global market share of 8% and increase its corporate operating profit to a sustainable 8%.

“Nissan Power 88 is the roadmap for our company’s profitable growth,” said Nissan President and Chief Executive Officer Carlos Ghosn. “We will accelerate our growth, bringing more innovation and excitement to our products and services as well as cleaner, more affordable cars for everyone around the world, in line with the energy and environmental challenges of the 21st century.”

Nissan will increase investments in its brands and retail networks to enhance its customers’ entire ownership experience. Nissan currently has 6,000 major points of sales globally; the retail network will expand to 7,500 in the midterm plan period.

“Nissan Power 88 is a demanding business plan, but our company has a proven track record of achieving challenging objectives,” said Mr. Ghosn.