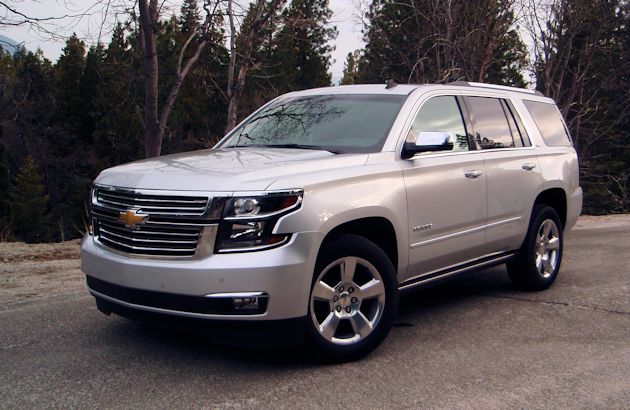 Squaw Valley to Napa, Calif. ? The full-size ?King of the Hill? SUV goes by many names: Suburban, Tahoe, Yukon, Yukon XL and Denali — all variations of the General Motors? Chevrolet and GMC families. Actually, there?s no official King, but when a model has been around for 11 generations spanning 80 years and when three out of four of the full-size SUVs sold in the U.S. use one of those names, I?d have to call them ?King.?

Generation 11 of the General Motors Full Size SUVs, which were produced from 2007 through 2014, had strong growth in social and business stature. They became the favorite of families seeking the perceived roomy, secure cocoon that the large heavy-duty SUVs provided. Also the black-colored ?Suburban? with dark windows became synonymous with power, authority and security thanks to the abundant usage by government agencies. This ?black? Suburban character was further enhanced by widespread usage in the media ? movies, television and books ? by authorities and even some of the bad guys. 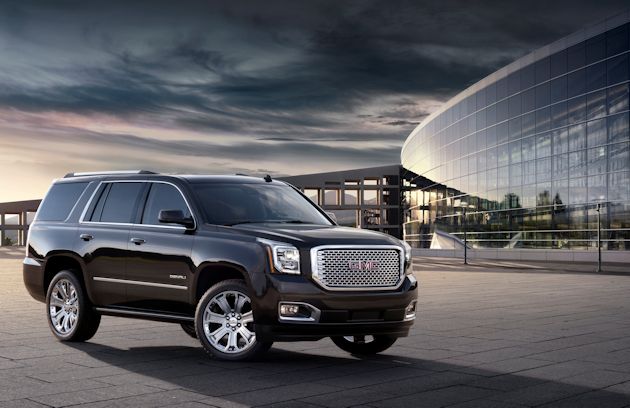 Chevrolet recently offered the media a preview of the 2015 Chevrolet Suburban and Tahoe?s Generation 12 with a drive from Squaw Valley near Lake Tahoe to Sacramento where GMC picked up the drive in Denali models from Sacramento to Napa.
I?m not quite sure what I was expecting, but what I found in these new models was far more sophistication and elegance than I anticipated.

It?s difficult to restyle such a large vehicle in a manner that moves the ?Suburban look? forward, while maintaining the character of the model. The evolutionary design changes made to the Chevrolet and GMC models is striking and elegantly simple. A sharp character line running the length of all models at the beltline sets the tone accented by a tasteful use of chrome highlights. 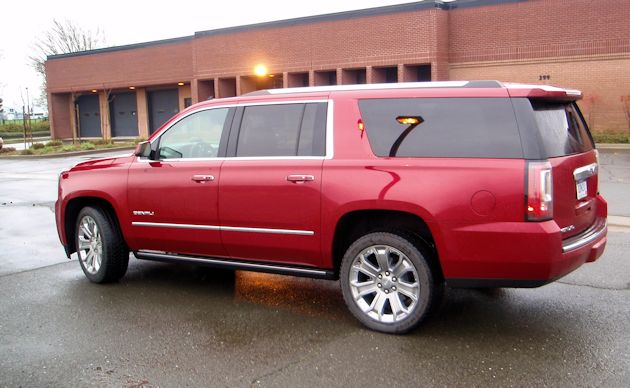 The basic styling is the same for both brands and is sleeker and more aerodynamic than the previous generations. In the rear, the lightweight aluminum liftgate has a full width window that can be opened individually and there is a new overhead wiper that hides under the roof-level spoiler for better protection and a cleaner look. All the models are two inches longer than the previous generation and the Suburban/Yukon XL models are 20 inches longer than the Yukon and Tahoe. 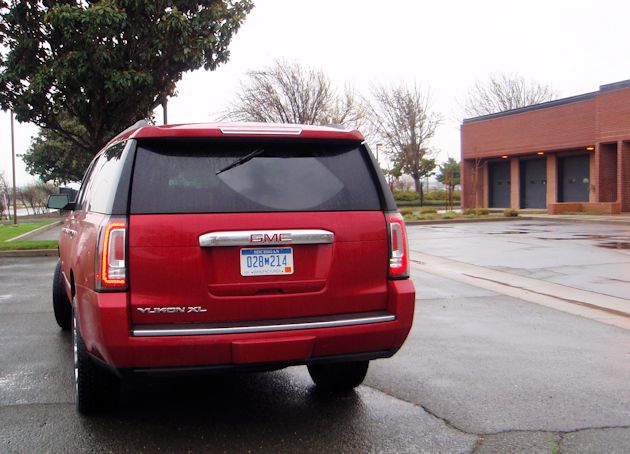 Chevrolet and GMC exteriors are differentiated by unique aluminum hoods, grills, fascias, front fenders and headlights. The Chevrolet grill treatment is the same dual-port grille styling used on the all the other Chevrolets. GMC grilles use a large logo centered over a background of horizontal chrome accents around black backgrounds. GMC Denali grills are a new more dimensional version of the signature mesh treatment. I especially liked the ?C? shaped LED daytime running lights on the GMC models. Both brands also have available LED projector beam headlights. 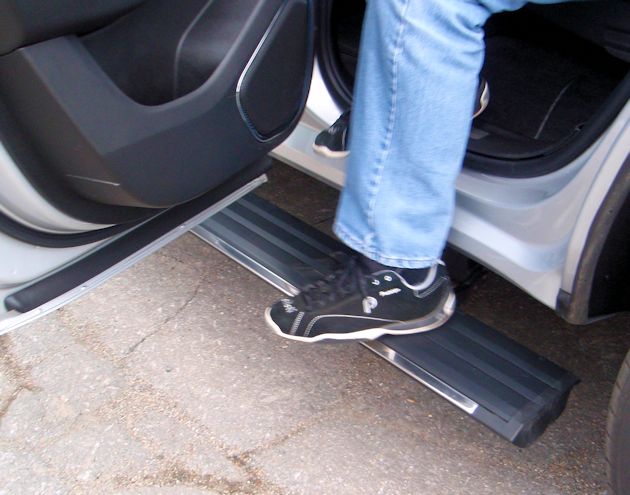 I think the retractable running boards are a ?must-have? option on both brands. With the exception of a chrome face, the illuminated full-length power-retractable assist steps fold and hide completely under the vehicle but deploy when any door opens. The step has a broad rubber surface that provides one of the best entry surfaces I?ve seen. 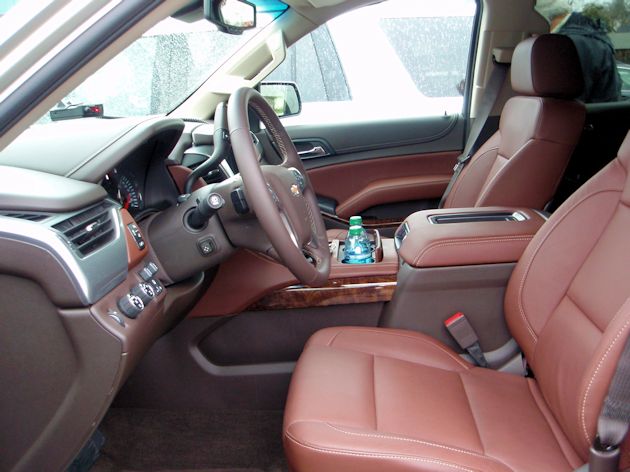 The interiors of the upscale Chevrolet LTZ and GMC Denali models I drove were beautiful; more like I would expect in a luxury sedan than an SUV. The styling is similar with copious use of French stitching and leathers throughout the cockpit along with real wood inlays. The GMC Denali instruments have a large customizable screen mounted between the chrome bezels of the tachometer and speedometer. The Chevrolets and lower level GMC vehicles have a more conventional panel with chrome trimmed analog gauges, and a smaller display screen at the bottom of the panel. 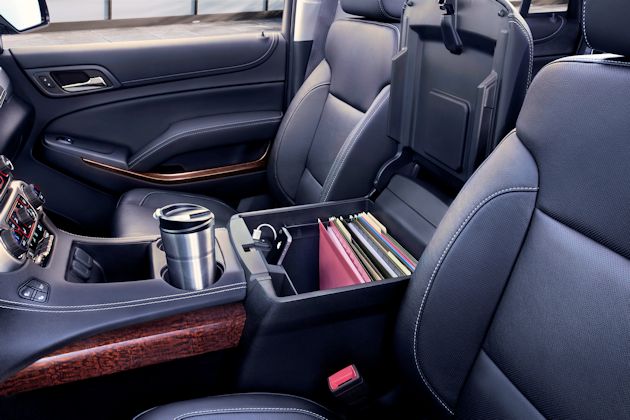 The consoles have multiple storage compartments, USB ports and electrical plugs. In the center of the upper stack the eight-inch touch screen makes access to communications, entertainment and climate controls easy. The screen also rises above the dash at a press of a button to provide access to the large hidden storage compartment equipped with a USB port behind the screen. It?s a perfect place to stow wallets and electronics out of sight. The large, well-marked control buttons and dials have a solid premium feel. 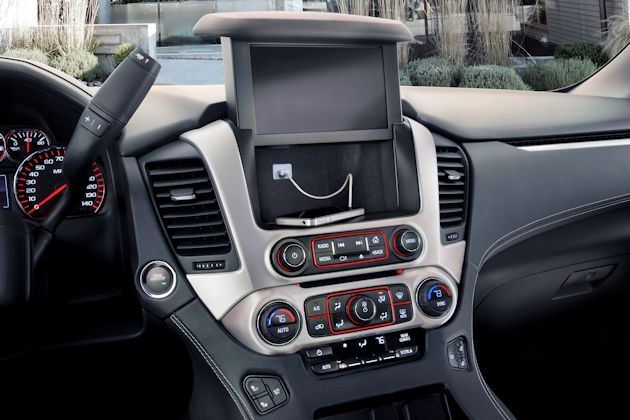 Chevrolet calls their connectivity system MyLink and GMC?s is IntelliLink. When equipped with this option, both systems offer an easy to use, state of the art communications package along with the eight-inch touch screen, next-generation OnStar features and navigation. Later in the model year the systems will offer a built-in Wi-Fi hotspot for vehicle passenger?s personal digital devices. The nice thing is it will be powered by the vehicle and won?t need a smart phone link. The system will also have a selection of Apps that will provide all sorts of extra useful and entertaining features. One app that caught my attention was one that could import audio books.

?Today?s Tahoe and Suburban customers are using their full-size SUV to meet their lifestyle needs,? said Mark Clawson, Chevrolet Tahoe and Suburban Marketing Manager. ?Tahoe is more of a daily driver, with occasional use of the third-row seat, while Suburban is the vehicle counted on for carrying a larger crew ? be it a larger family or for larger cargo.? 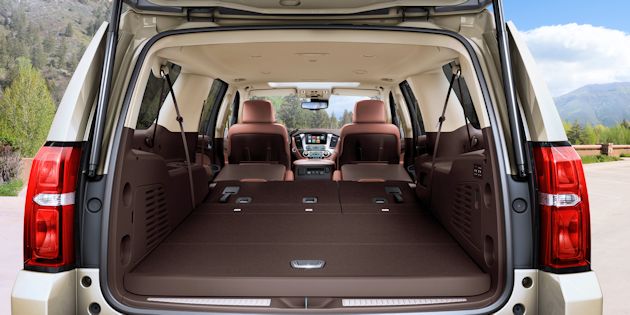 The GM SUVs are some of the last to get optional power folding seats, but now that they are offered, they are probably the best and fastest in the business. The seats can easily be adjusted by pushing buttons at entry points located at the second row doors and at the rear liftgate opening.

Under the aluminum hoods of both brands is the standard 5.3-liter EcoTec3 V-8 engine and a six-speed automatic transmission. The direct injection engine has continuously variable valve timing and an advanced combustion system that combine to produce 355 horsepower. The EcoTec3 engine also has Active Fuel Management (a seamless cylinder deactivation system) that shuts down four cylinders during low load driving, for example, during cruising or on downhill sections. The result is an increase in fuel economy to 16 mpg city and 23 mpg highway for the two-wheel drive models. Four-wheel drive versions get 22 mpg on the highway. I don?t have any acceleration times to report, but I?m estimating a 0 to 60 mph time of about eight seconds. Even at the high altitudes around Lake Tahoe, which usually dampen engine performance, the engine offered plenty of power with just my driving partner and me on board.

The GMC Denali model gets a special standard engine, the 420-hp, 6.2-liter EcoTec3 V-8. This engine is significantly more powerful than the 5.3-liter, plus the fact that I was driving it at an elevation 6,000 feet lower made a big performance difference. I?m guessing it will take the big Denali from 0 to 60 mph in about 7 to 7.5 seconds. The larger engine gets an EPA rating of 14/20 mpg for the four-wheel drive.

People often buy larger SUVs like these to pull heavy loads, and these models can easily do the job, offering maximum towing capacities in the 8,000-pound range. That makes them perfect for towing a good size boat, two-horse trailer or travel trailer.

The attribute that most caught my attention was the smooth and quiet ride. The new more aerodynamic design cuts vehicle noise as does the laminated windshield and front door glass. The upper level models also use an active noise cancellation system which work similar to the one used by the Bose noise canceling headsets many airline passengers use. Overall, this is one of the quietest SUVs I?ve ever driven.

?New and revised suspension, steering and brake enhancements work collectively on the 2015 GMC Yukon family to produce a more solid-feeling, smoother and quieter ride ? without sacrificing the capabilities Yukon customers demand,? said Jason Petric, vehicle system engineer. ?Customers will immediately notice higher levels of noise isolation, along with a more-assuring feeling of solidity in the body and smoothness in the suspension. They contribute to a more direct driving experience that can make these full-size SUVs feel and drive like smaller vehicles.? 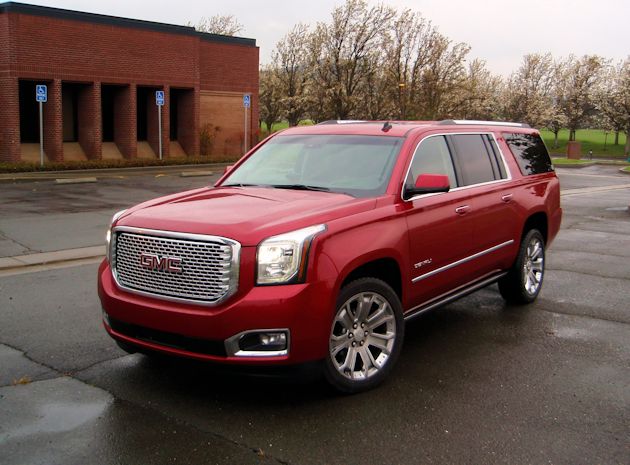 The new GM SUVs are built on a strong chassis with a full boxed perimeter frame. Both brands offer three suspension packages, but the standout is the new Third Generation Magnetic Ride Control which is standard on the Chevrolet LTZ and Denali models. This is the same basic suspension used on some of the world?s best handling cars, like the Chevy Corvette. It?s the world?s fastest-acting suspension and it?s able to deliver a more precise body motion control. It ?reads? the road every millisecond and changes damping in just 10-15 milliseconds in shocks filled with a magneto-rheological fluid containing minute iron particles. Under the presence of magnetic charge, the iron particles align to provide a change in the damping resistance almost instantly.

Because the big SUVs have been popular targets for thieves, both brands are offered with a sophisticated new safety system designed to deter thefts. It has glass breakage sensors, motion detectors and a self-leveling inclination detector that sounds the alarm when someone attempts to tow or lift the vehicle. There?s also a feature that blocks access for someone breaking in using a ?slim-jim? unlocking device. My first thought, was how AAA would get in if I locked the keys in the vehicle?but I?d forgotten about the OnStar system. The OnStar system will have a new app that will allow the owner to open the car from his or her smart phone. 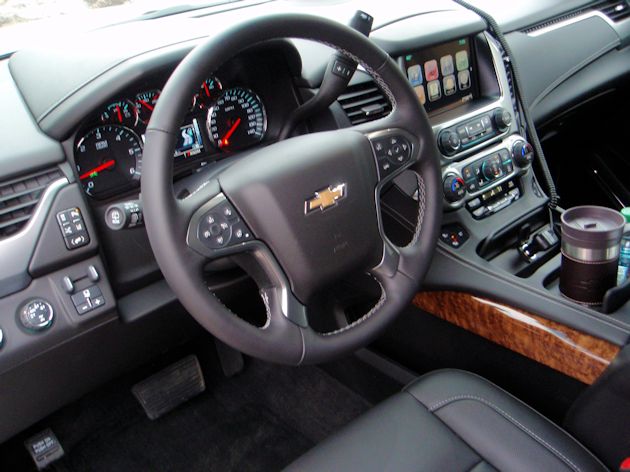 The Chevrolet Tahoe and Suburban are available in three trim levels LS, LT and LTZ. Tahoe prices range from $45,595, including the destination charge, for the two-wheel drive LS and go up to $62,995 for the four-wheel drive LTZ. I drove a fully loaded version of the LTZ which had a total vehicle price of $70,085 after options. The same trim level Suburbans are $2,700 more than the Tahoes.

The GMC models include the SLS, SLT and Denali. Prices for the GMC Yukons range from $47,330 for the SLS two-wheel drive and go to $65,065 for the Denali four wheel drive. Like the Chevrolet, the longer XL versions are $2,700 more.

For more information on the Chevrolet Yukon and Suburban go online to: http://www.chevrolet.com/tahoe-full-size-suv.html.

For the GMC Yukon, Yukon XL and Denali check out: http://www.gmc.com/2015-yukon-full-size-suv/exterior-photos.html. 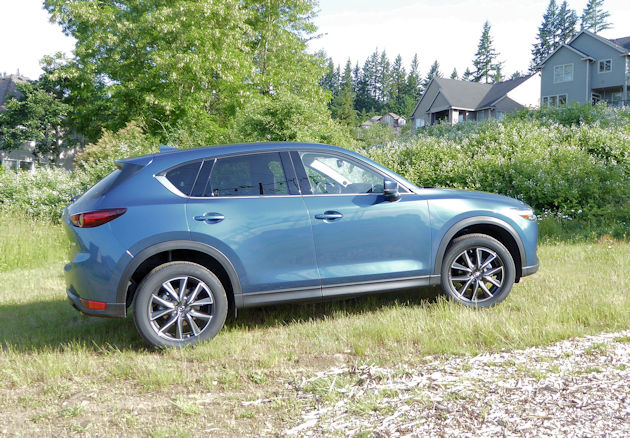 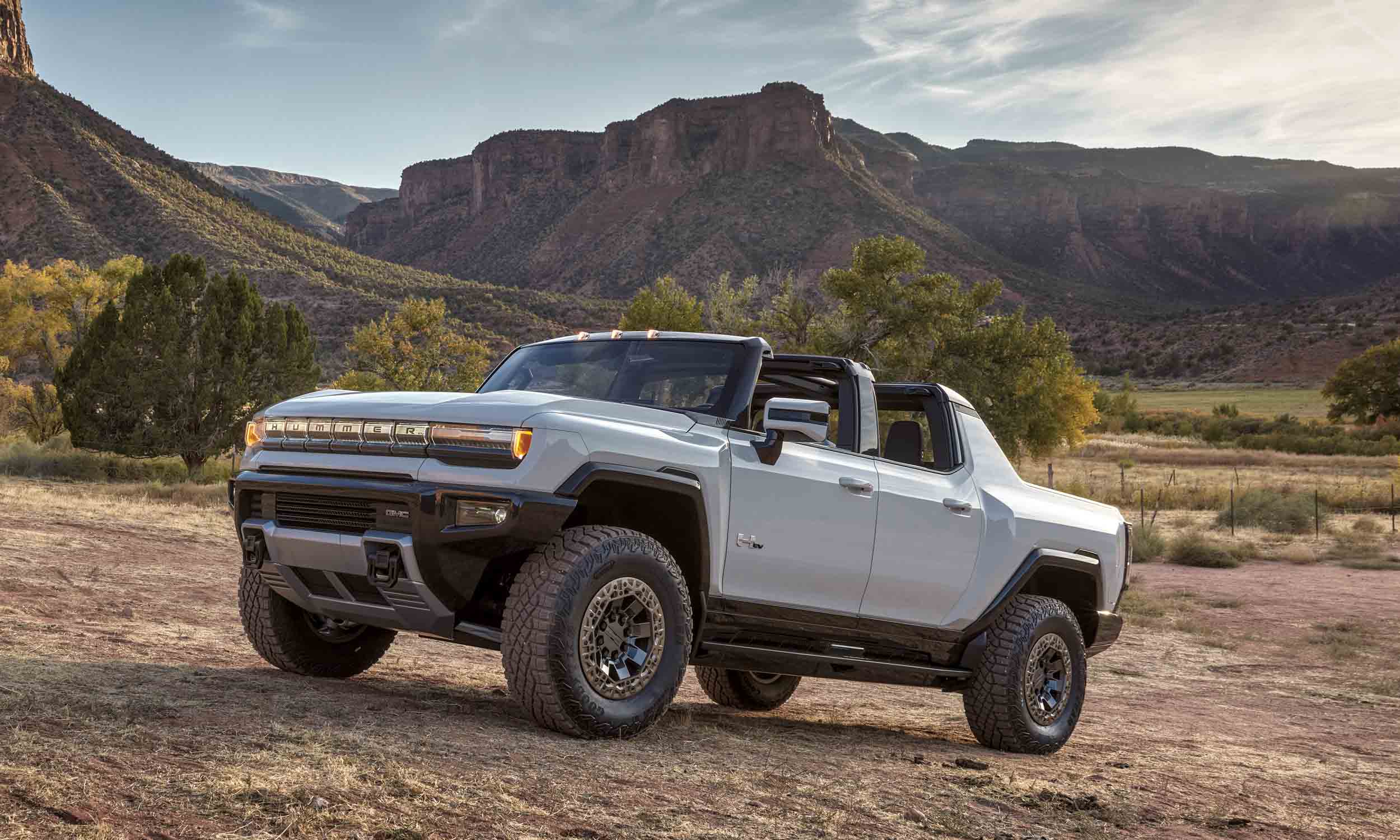