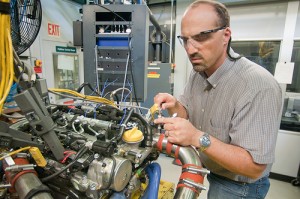 At the U.S. Department of Energy’s Argonne National Laboratory, engineers are working on a new kind of hybrid engine that blends the attributes of the gas engine and the diesel engine.? Even though more than 200 million cars in the United State burn gasoline, ?it?s a very inefficient fuel.? Diesel engines as a contrast, can be twice as efficient at gas engines , but they have traditionally been guilty of spewing soot and pollutants into the air, making them less desirable.

Steve Ciatti, a mechanical engineer at Argonne, is heading a team exploring ?the possibilities of a gasoline-diesel engine. ?So far, they have been able to make an engine that is cleaner than a diesel and almost twice as efficient as a typical gasoline-powered engine.

Ciatti and colleagues wanted to clean up diesel’s dirty exhaust, but keep the high efficiency and better gas mileage.? ?They do this at the dynamometer lab at Argonne’s Transportation Technology R&D Center.

The dynamometer allows the engineers to control all the variables so they can tweak the engine to try to improve performance.?? They can also simulate how an engine would perform in different cars?a hybrid car, an electric car, a gas-powered car?and can measure emissions.

“If you’re trying to test out a new engine, the last thing you want to do is put it in a car,” Ciatti explained. “An entire car system introduces all sorts of variables, and you can’t get a truly accurate comparison between engines.”

In a typical engine, pistons turn the wheels of the car. Each piston is moved by the explosive force of hot air when fuel is ignited above it in a cylinder.

Both spark-ignited gas engines and diesel engines do this, but in different ways.? A gasoline engine first mixes air with the fuel, then compresses the mixture, and finally ignites it with a spark plug. ?A diesel engine compresses the air and then the fuel is injected.? Compressing the air makes it hot enough to ignite the fuel without a spark. ?This is what makes diesel more efficient?and dirtier.

On one hand, diesel engines are more efficient because they do not control power with a throttle, which restricts air to the chamber. This mixes the fuel more evenly with air, so more of it burns. ?Lack of a throttle also eliminates “engine knock” ?caused by fuel igniting prematurely in the engine?because fuel is introduced only in the combustion chamber.

However, ?the introduction of fuel so late in the cycle creates a problem: emissions. ?Since small droplets of fuel burn more easily, the fuel is sprayed into the chamber as a fine mist. ?However, diesel fuel is so easy to auto-ignite that it begins to react almost immediately?long before all of the fuel is in the chamber. ?Intentionally, the fuel isn’t mixed perfectly with the air because diffusion controls the combustion; but diffusion also means some air and fuel are converted into nitrous oxides and soot.

Nitrous oxides are created when the flame jet created by the diesel injection burns so hot that nearby nitrogen and oxygen molecules in the air start to break apart and react. ?Meanwhile, soot is created inside the hot jet because the fuel doesn’t have enough oxygen to fully burn, creating soot instead.

“What we want to do is combine the efficiency of diesel with the cleanliness of gas,” Ciatti said. “So we lose the throttle and spark plugs, because those create inefficiencies. ?We start with a diesel engine and inject gasoline instead.

Because gasoline doesn’t ignite immediately the way that diesel would, we can actually inject several times before the fuel ignites. That way, we can make sure that the most or all of the fuel is mixed with the air, significantly decreasing NOX and soot.”

The engine’s performance is close to diesel efficiency, and roughly double that of today’s automotive engines at low speeds and loads.

What’s the catch? This approach results in better efficiency and cleaner emissions, but sacrifices some of the power density. ?That means, at peak power, under full acceleration, the engine won’t provide quite as much power: only about 75 percent at present.

“But if you don’t drive pedal to the metal, however,” Ciatti said, “this won’t affect the car’s performance. It’s excellent in the power range where most people actually drive.

Ciatti and his colleagues are working to make the system predictable and reliable enough to be successful in a commercial vehicle.? ?Argonne is collaborating with General Motors on this project. 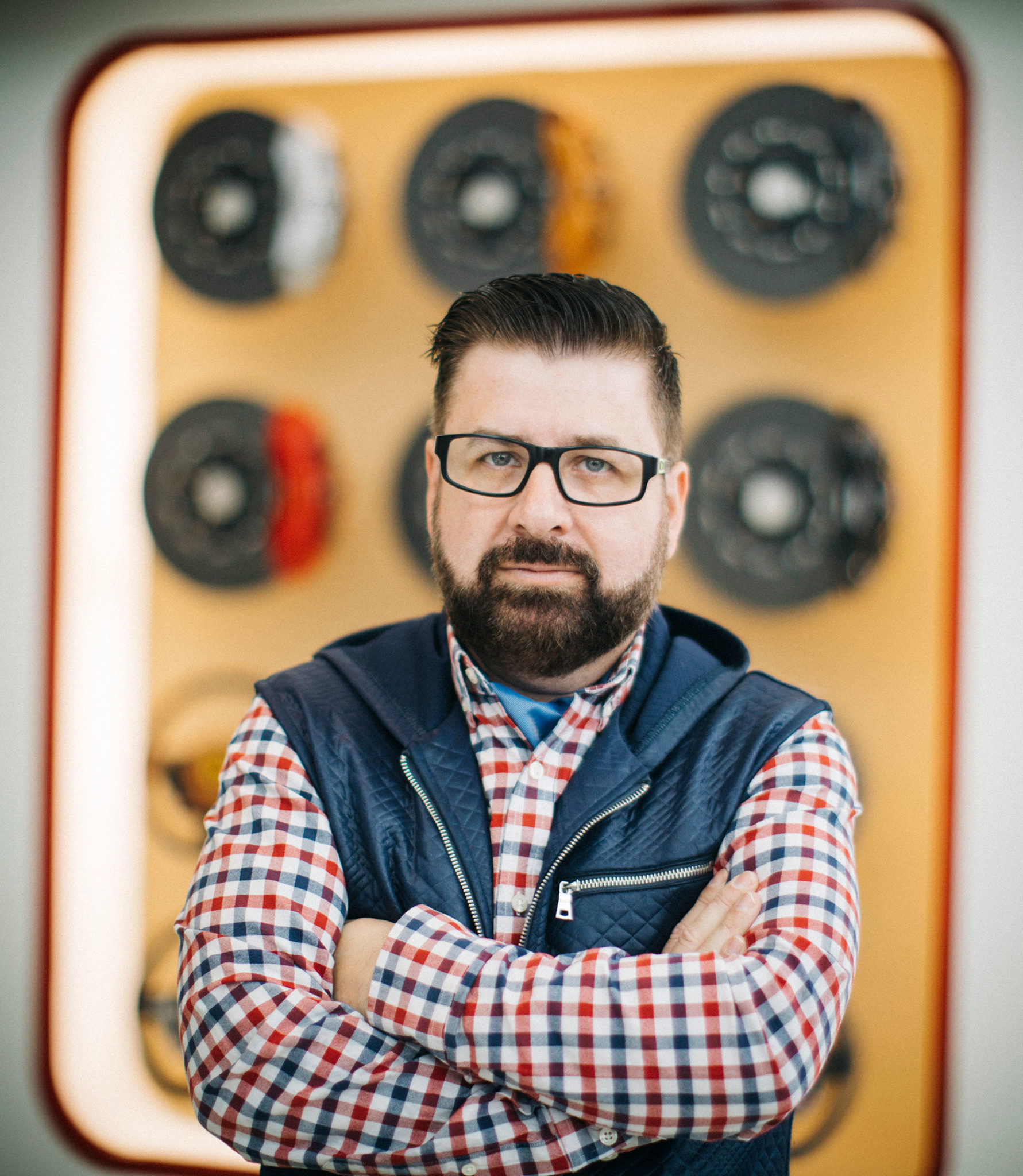