The Octane Academy, which is FUEL TV?s first-ever motorsports show, will feature 32 ultimate fans competing in the camps of four Ford actionsports drivers in a 13-week competition.?

The program is best described by on the Octane Academy website (http://www.octaneacademy.com) in its message to potential competitors:

“This isn?t a reality show full of spoiled housewives, bronzed idiots or overgrown cupcakes. It?s a world of intense competition, challenges, irreverent personalities & humor. It might have been founded by Ford, but it?s ruled by four action sports superstars: Ken Block, Brian Deegan, Tanner Foust and Vaughn Gittin Jr. They?ve got street cred you can only dream of, but they?re giving you a shot to experience it.?

??If you’re lucky enough to get picked, you’ll spend four days taking on other fearless competitors through a ton of different challenges born out of the crazy minds of these guys. It won’t be a walk in the park?your athleticism, attitude and audacity will be tested. If you rise above the rest, you’ll be crowned a champion and drive home in one of four tricked-out rides from Ford.?

??This is the life these four guys live every single day. If you want a chance to make it you?ve got to show them you can take it.?

Ford?s Octane Academy actual competitions begin in November 2011 at a camp hosted by legendary off-road racer Brian Deegan. ?Over the course of the program, a total of 32 ultimate fans will be united with their favorite Ford actionsports driver ? Deegan, Gymkhana superstar Ken Block, X Game Champion Tanner Foust and Formula Drift Campion Vaughn Gittin Jr. ? for the unique opportunity to get behind the wheel and experience the extreme excitement of performance driving and action sports.

Ford?s Octane Academy gives fans a chance at the ultimate action sports experience with its action motorsports heroes. ?The four camps will be hosted over the course of the year, one by each founding member of Octane Academy. In each camp, eight contestants will battle it out through a battery of creative challenges and daunting dares over one long weekend. 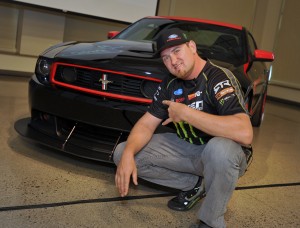 Ford?s action sports drivers will design their ultimate playground, hosting their respective elite winners on their terms and their turf. ?Participants will be pushed to the limit and their experiences shared with the world through the Octane Academy series. ?Drivers who perform up to the standards of the pros will win prizes, and the overall winner of each camp will be awarded a new Ford vehicle of their choice.

Ford RallyCross and off-road truck champion Deegan will have contenders revving their engine behind the wheel of an F-150 SVT Raptor when the first fantasy camp kicks off in November. ?Similarly, infamous Gymkhana star Block will get contestants? adrenaline pumping behind the wheel of a Ford Fiesta. 2010 Formula Drift champion Gittin Jr. will give competitors a heart-thumping thrill drifting in a Mustang, and X Games 16 double gold medalist Foust will give participants the experience of a lifetime in a Ford Focus ST.

Since Ford?s Octane Academy was revealed in July 2011, casting nationwide has generated more than 6,000 applications and 850 video submissions from consumers. 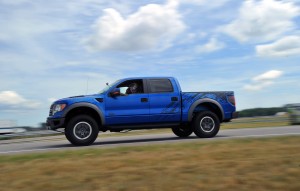 For more about the Octane Academy or to apply to participate go to http://www.octaneacademy.com/.