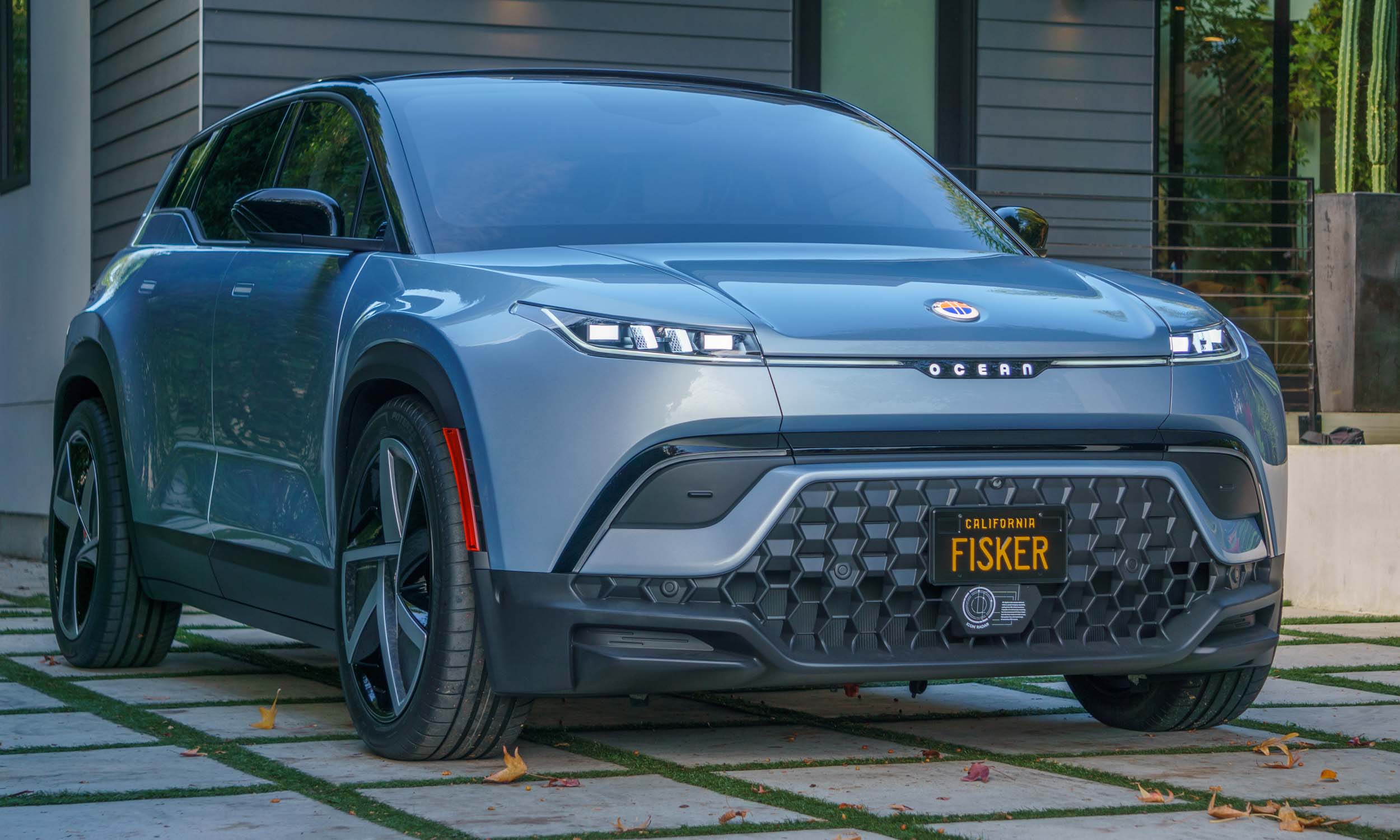 All-New Electric Crossover
After a one-year hiatus due to the global pandemic, the 2021 Los Angeles Auto show is set to open its doors to the public on November 19th and run through the 28th. A big theme at this year’s show will be all about electric vehicle innovation, with many automakers debuting new hybrids, zero-emission and electric vehicles during press preview days prior to the show’s opening. And what better way to kick off a show preview than with the introduction of the Fisker Ocean — an all-new, full-electric SUV. With a starting price of $37,499 and a range of performance and battery options, the stylish Fisker Ocean is designed to be one of the most sustainable vehicles available when production begins next year. 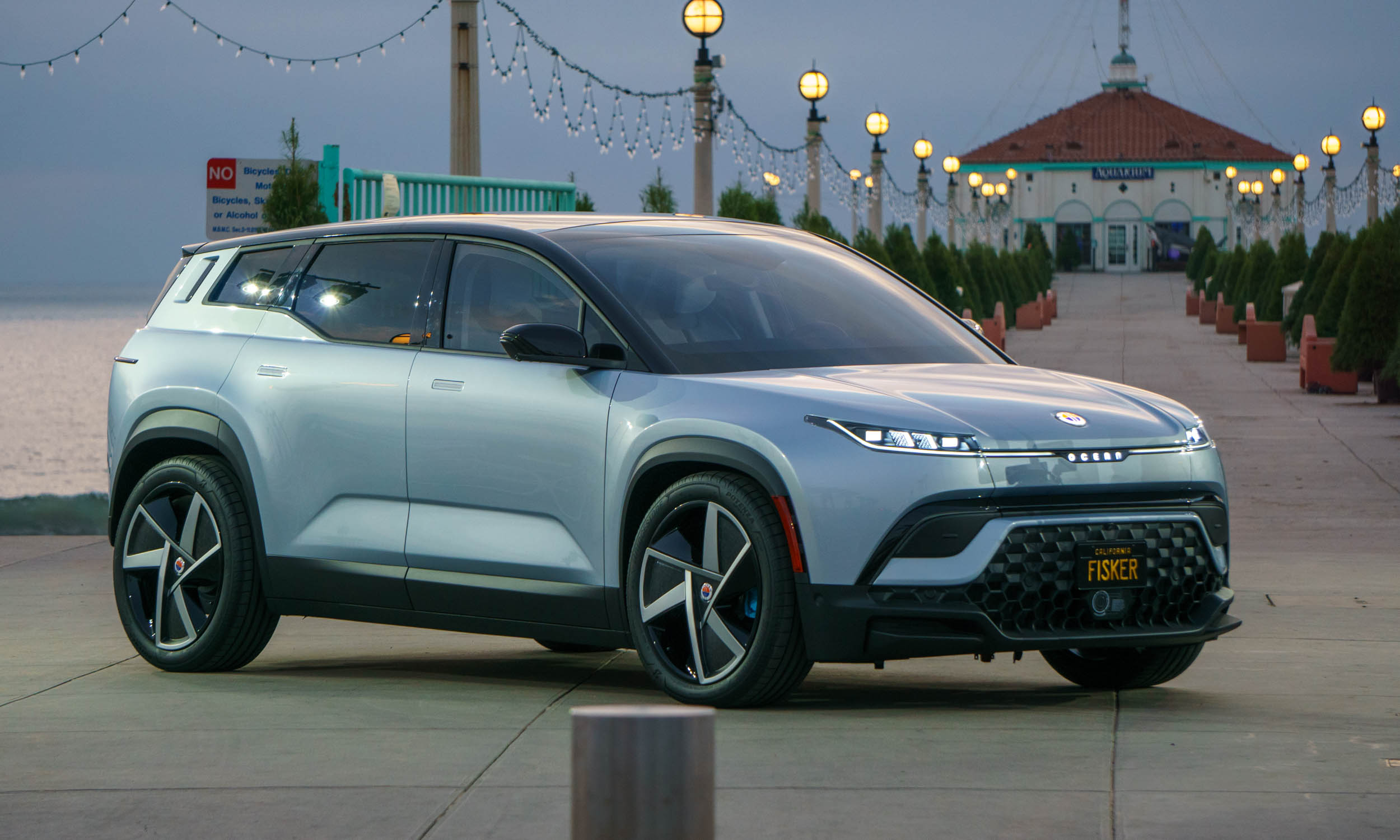 California Based
The Ocean is the first vehicle to come from California-based Fisker Inc. — a company headed by well-known automotive designer Henrik Fisker. Responsible for iconic vehicles such as the BMW Z8, Aston Martin DB9 and Fisker Karma, the designer now turns his attention to creating an EV that not only looks good but raises the bar for sustainability — from materials to production. “Our mission is to create the world’s most innovative and sustainable vehicles that are also affordable, and it all starts with the Fisker Ocean as we fully embrace a clean future for all,” observed Fisker. 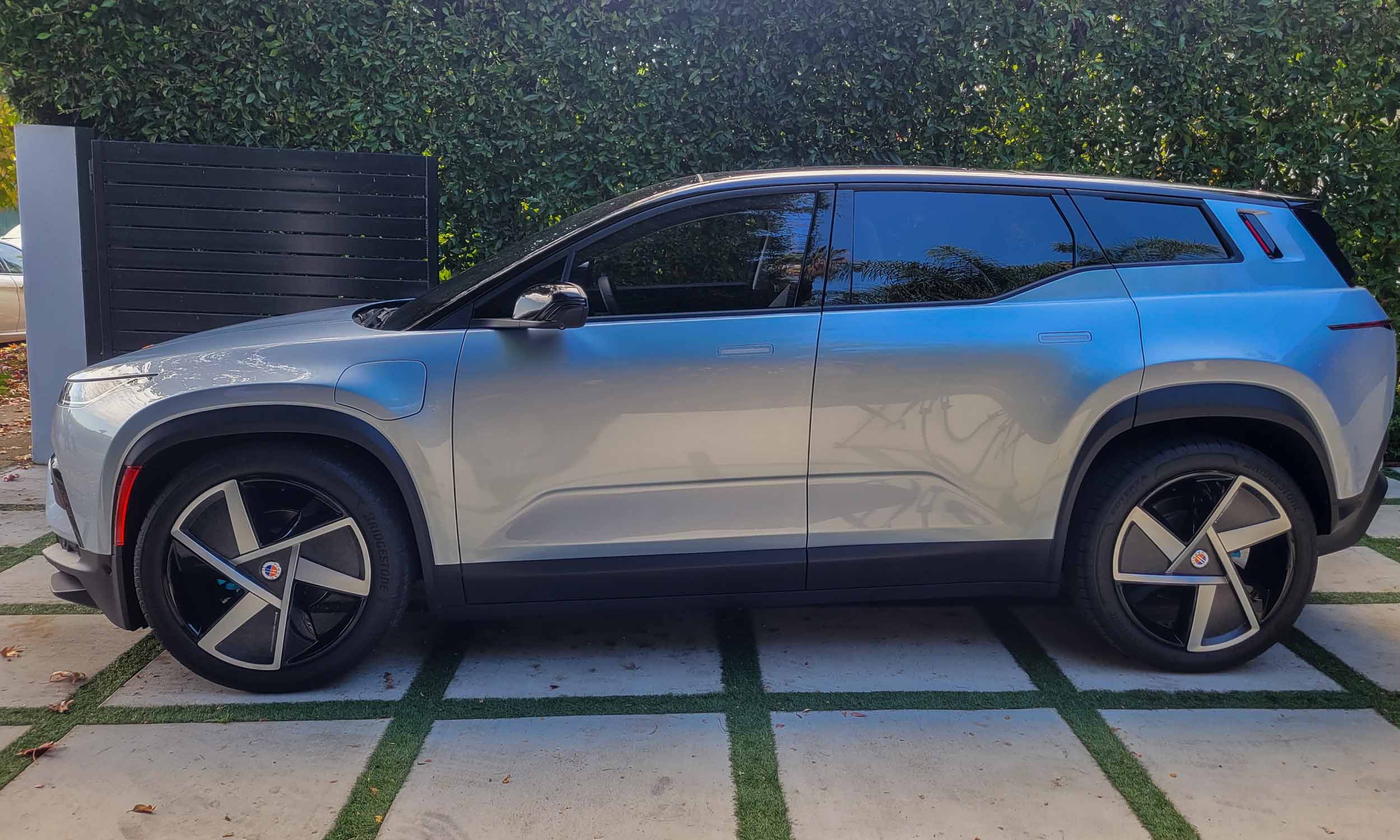 Stylish Design
Henrik Fisker built his reputation on innovative vehicle design, so it comes as no surprise that he is both the company’s CEO as well as chief designer of the Ocean. When asked about the inspiration for the new SUV, Fisker noted that his “intent was, how can we get . . . . that sports car feeling into a car that is still an SUV.” Capitalizing on the advantages of an electric powertrain, Fisker was able to create a crossover with a low hood and short overhangs that give the Ocean a sleeker, more dynamic profile. This dynamism gets further emphasized by flush door handles, sculpted door shapes and available 22-inch wheels. 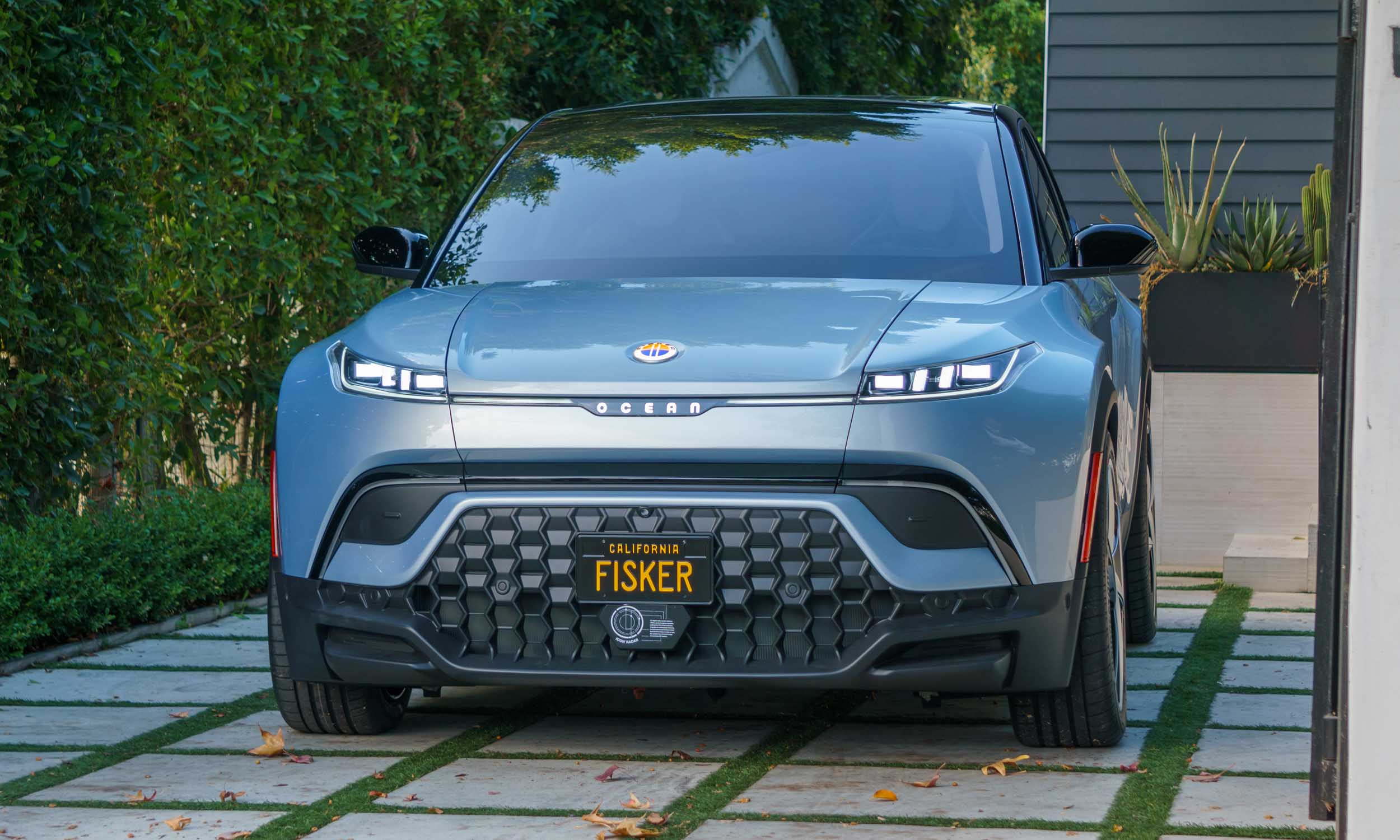 Wide Stance
When viewed from the front, the Ocean incorporates slim LED headlights and a light bar that spans the vehicle’s width to give the crossover a wide, aggressive stance. With no need for the cooling attributes of a conventional grille thanks to an all-electric powertrain, the front bumper and fascia are designed to be expressive while hiding the radar and sensors used for driver-assistance features. A lighted logo and name complete the look. 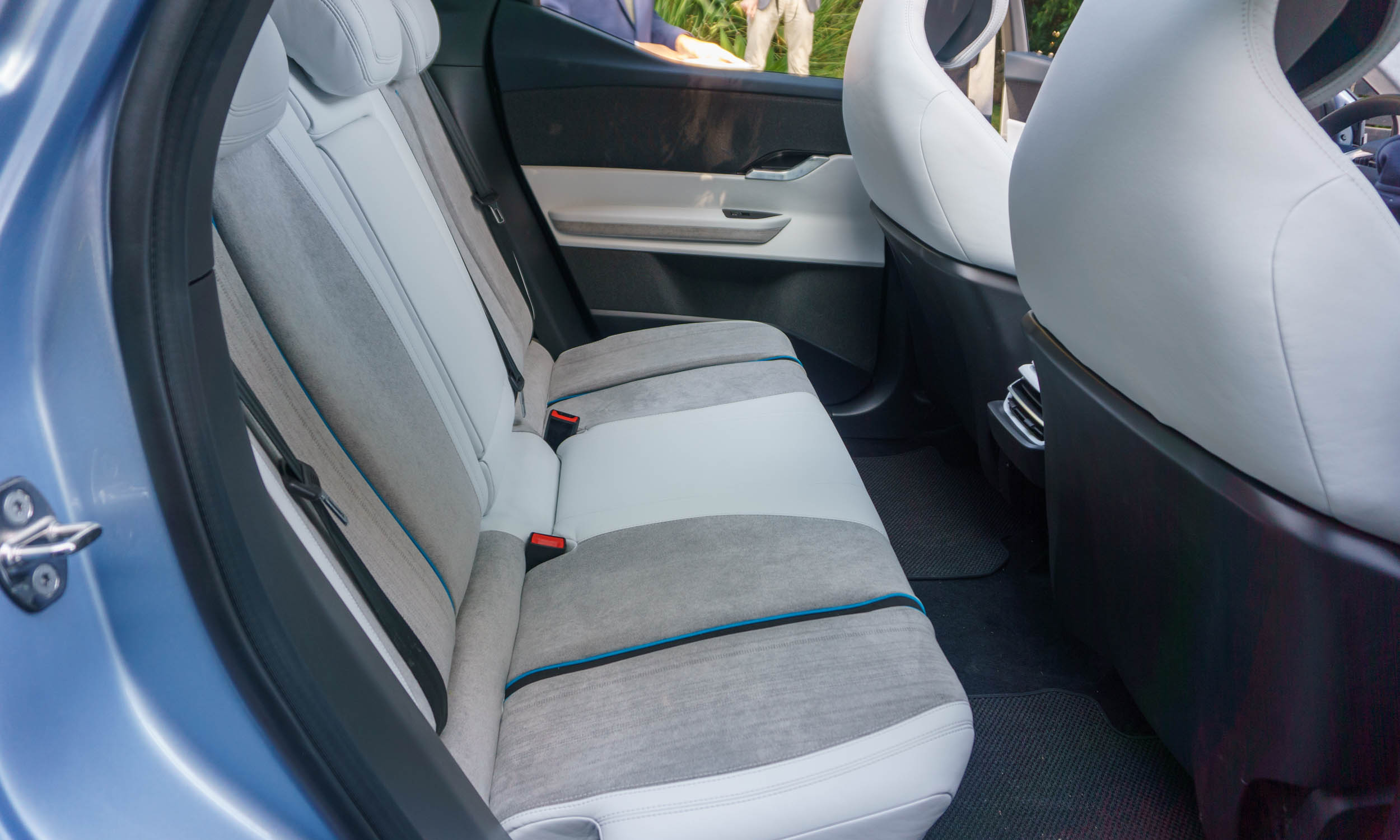 Inner Space
Taking further advantage of an electric powertrain that resides completely beneath the floor, Fisker was able to give the Ocean a spacious, open and inviting interior. The SUV possesses plenty of headroom front and rear, and rear-seat occupants will enjoy a surprising amount of legroom. Overall, the Ocean has a clean look with few physical buttons or controls. The seats are a unique Fisker design that accommodates deep bolsters without any seams to mar the presentation. 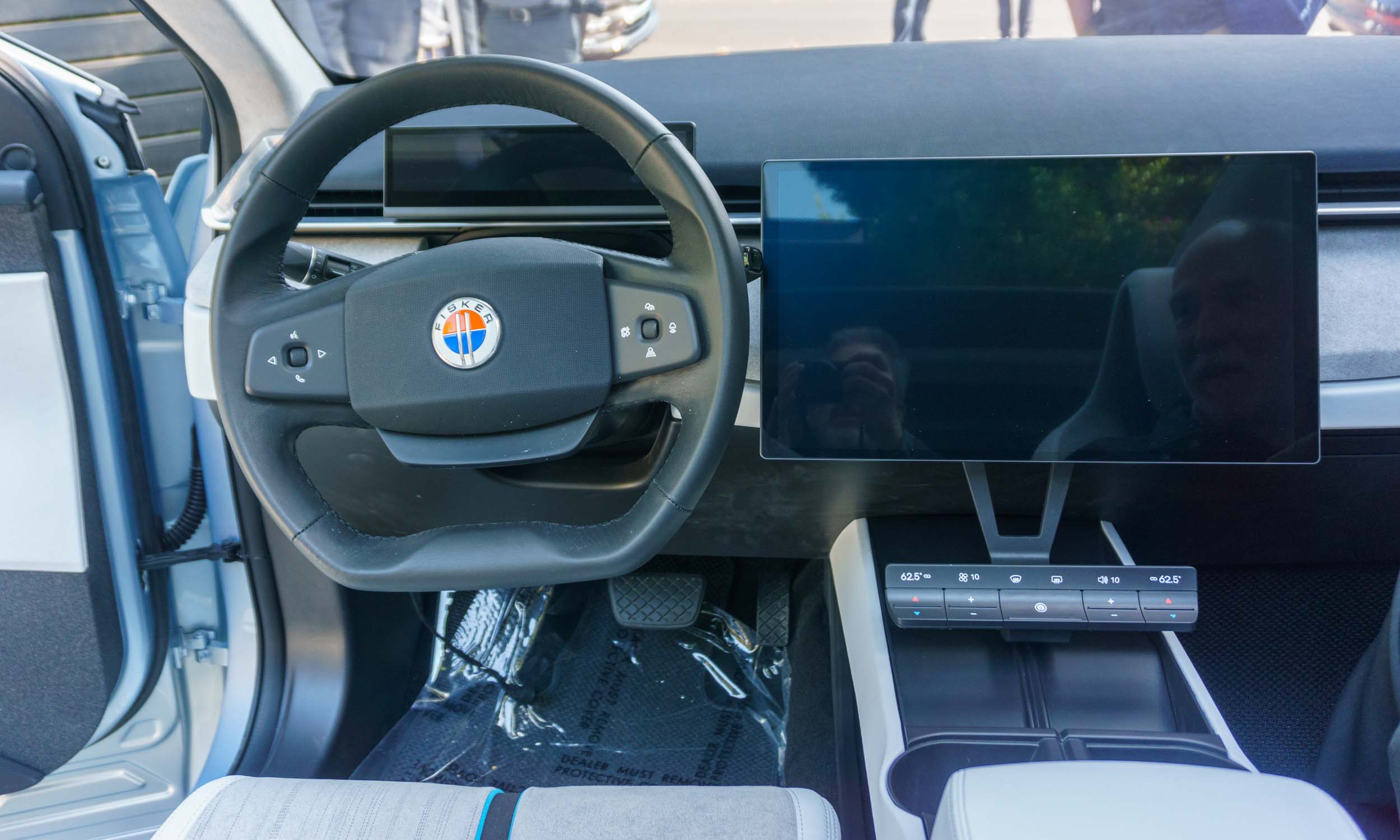 Revolving Screen
Large screens for vehicle controls and infotainment have become a common feature in new cars, although the Fisker Ocean brings a new twist to the displays. An available 17.1-inch high-resolution vertical center display can be rotated to Hollywood Mode, becoming a 16:9 widescreen format that creates — in concert with an optional Fisker Hypersound 500-watt 16-speaker audio system — the ultimate entertainment system for all passengers to enjoy. Note that Hollywood Mode can be used only when the Ocean is parked, and it offers a wonderful way to pass the time while waiting for the vehicle to recharge. 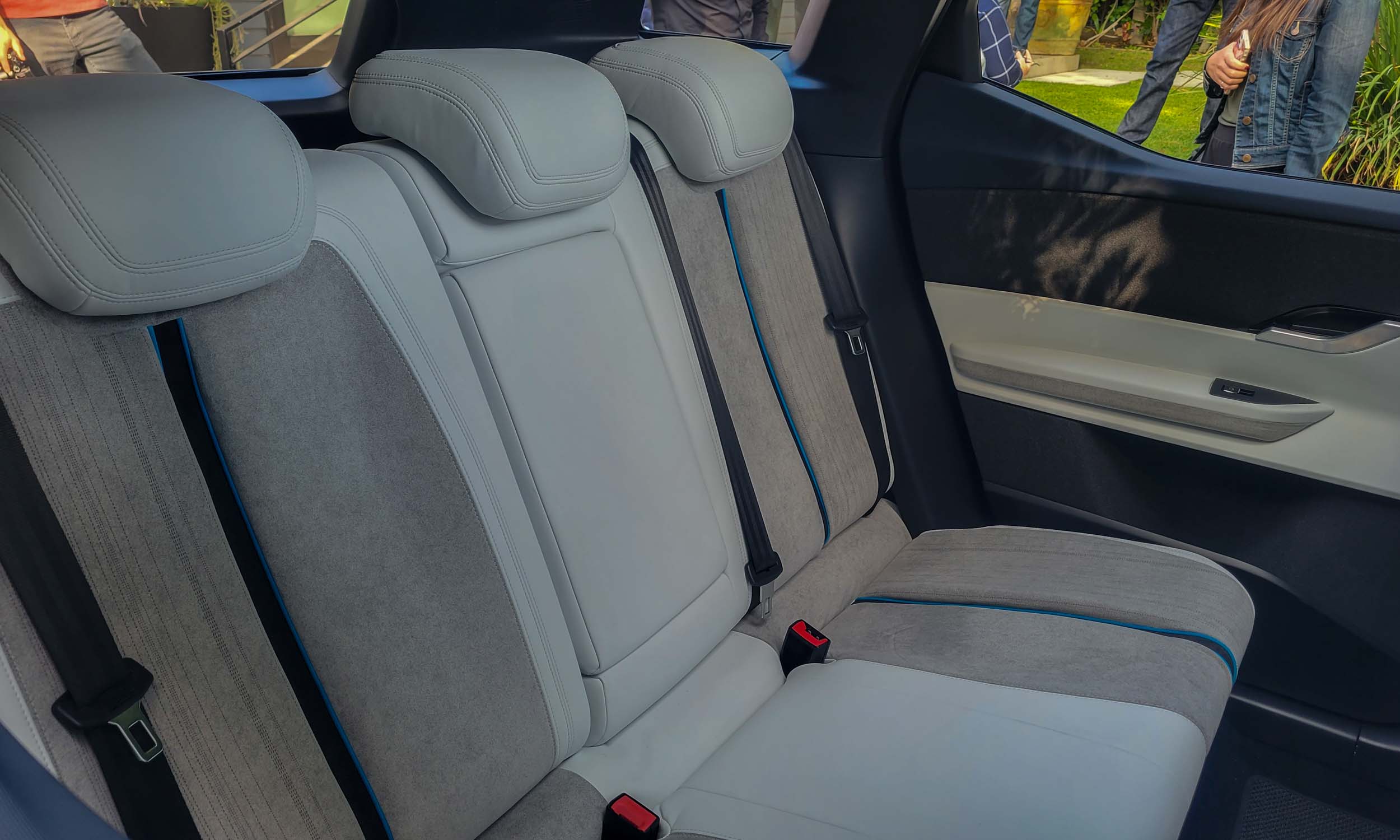 Sustainable Materials
The Ocean possesses a wide range of premium surfaces and textures that give this electric SUV a unique, luxurious ambience. In keeping with the vehicle’s sustainability theme, materials used are made from recycled plastic bottles, repurposed rubber waste, worn t-shirts and abandoned fishing nets. 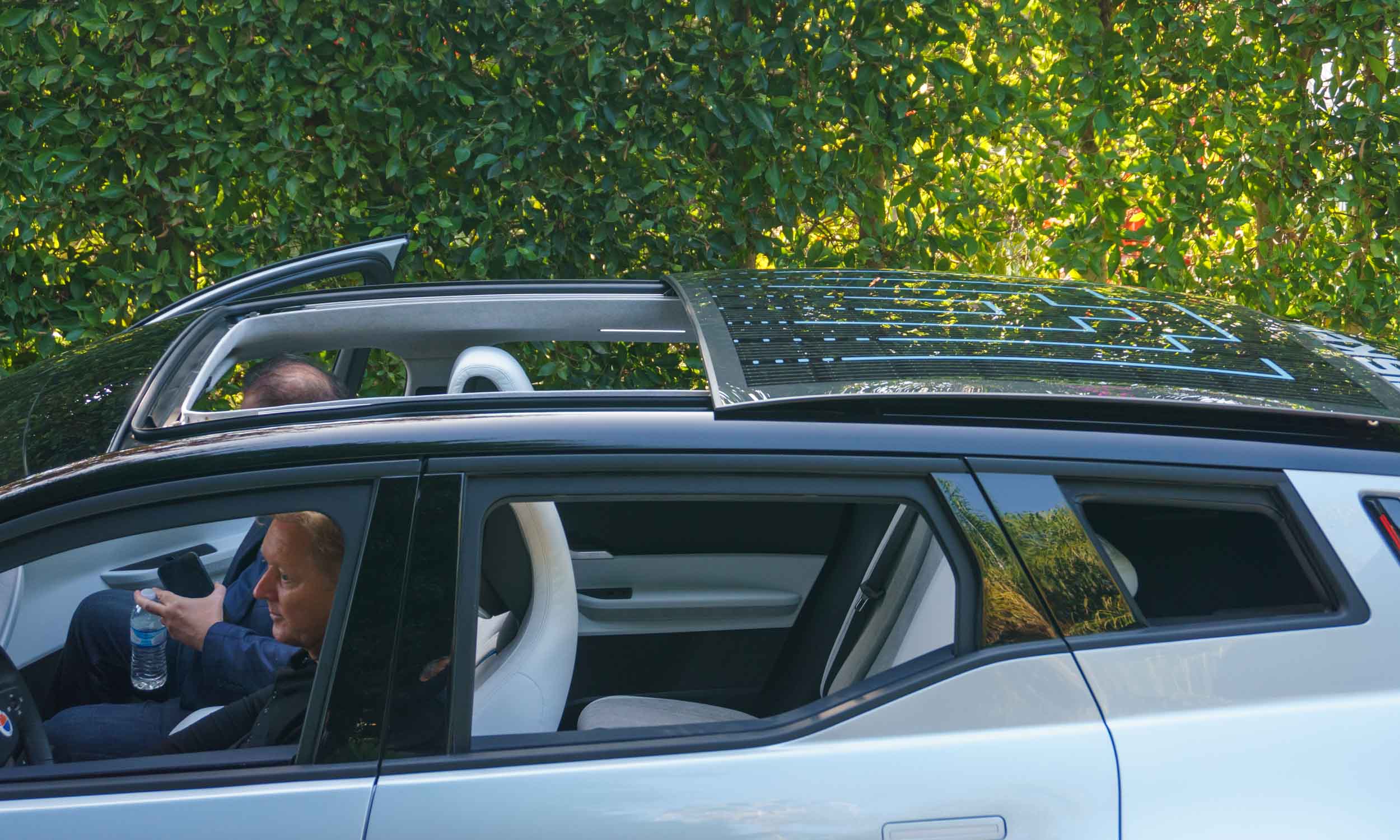 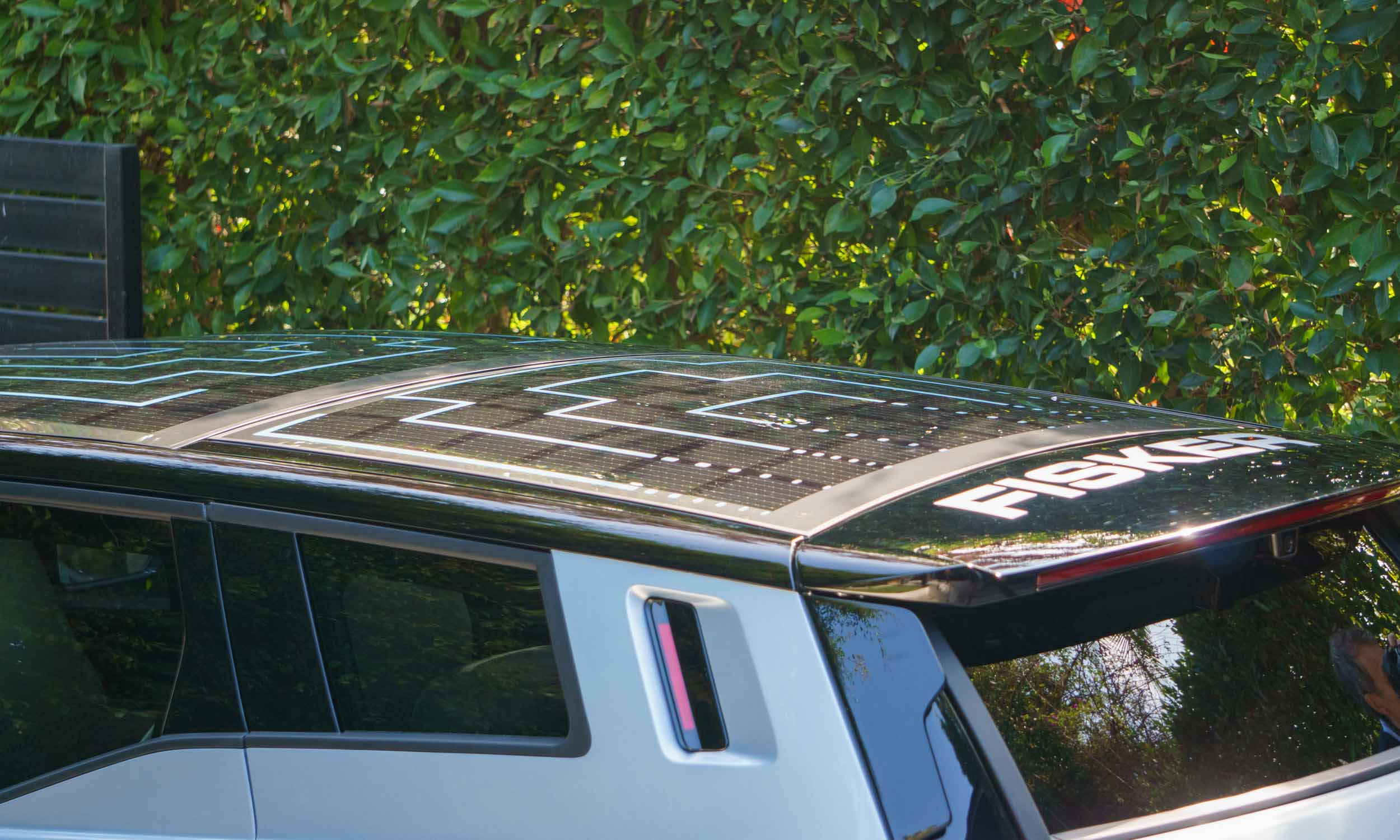 Doggie Power Windows
Recognizing that not only people ride in cars, the Fisker Ocean keeps canine passengers entertained as well. In the cargo area where a dog might be riding, small windows can be powered open so family pets can enjoy fresh air even while relegated to the rear of the vehicle for maximum safety. Bonus: the rear windows can remain opened without concern for exhaust fumes, since EVs don’t have any exhaust fumes. 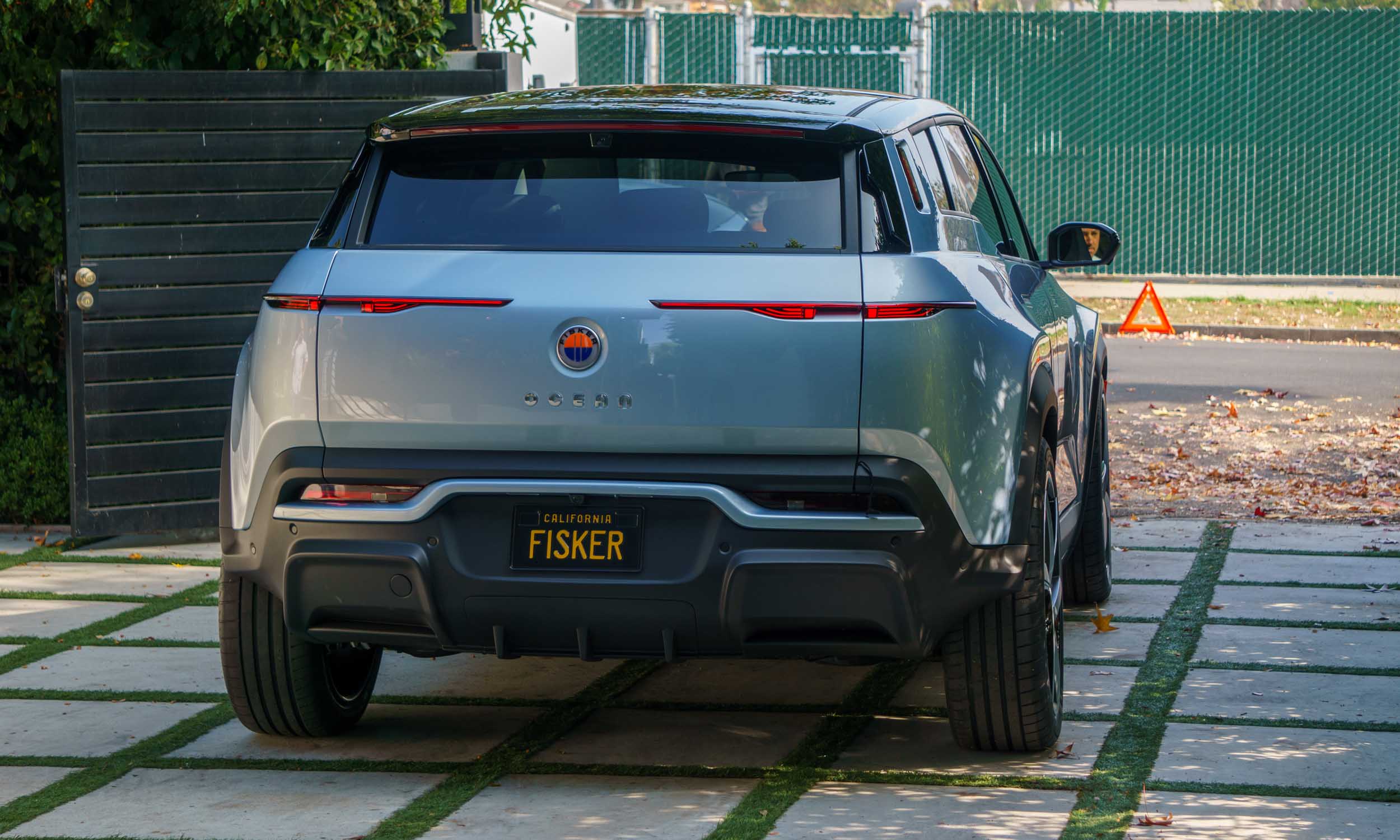 Power and Performance
The Fisker Ocean will be available with a single motor powering the front wheels, or with dual-motor all-wheel drive. With the single motor, the Ocean Sport output is 275 horsepower — good enough for a zero-to-60-mph time of 6.9 seconds. The dual-motor powertrain generates 540 horsepower in the Ocean Ultra, as well as 550 horsepower for the Ocean Extreme. Acceleration for these two trims is impressive — a sprint to 60 mph takes a mere 3.9 seconds in the Ultra or 3.6 seconds in the Extreme. 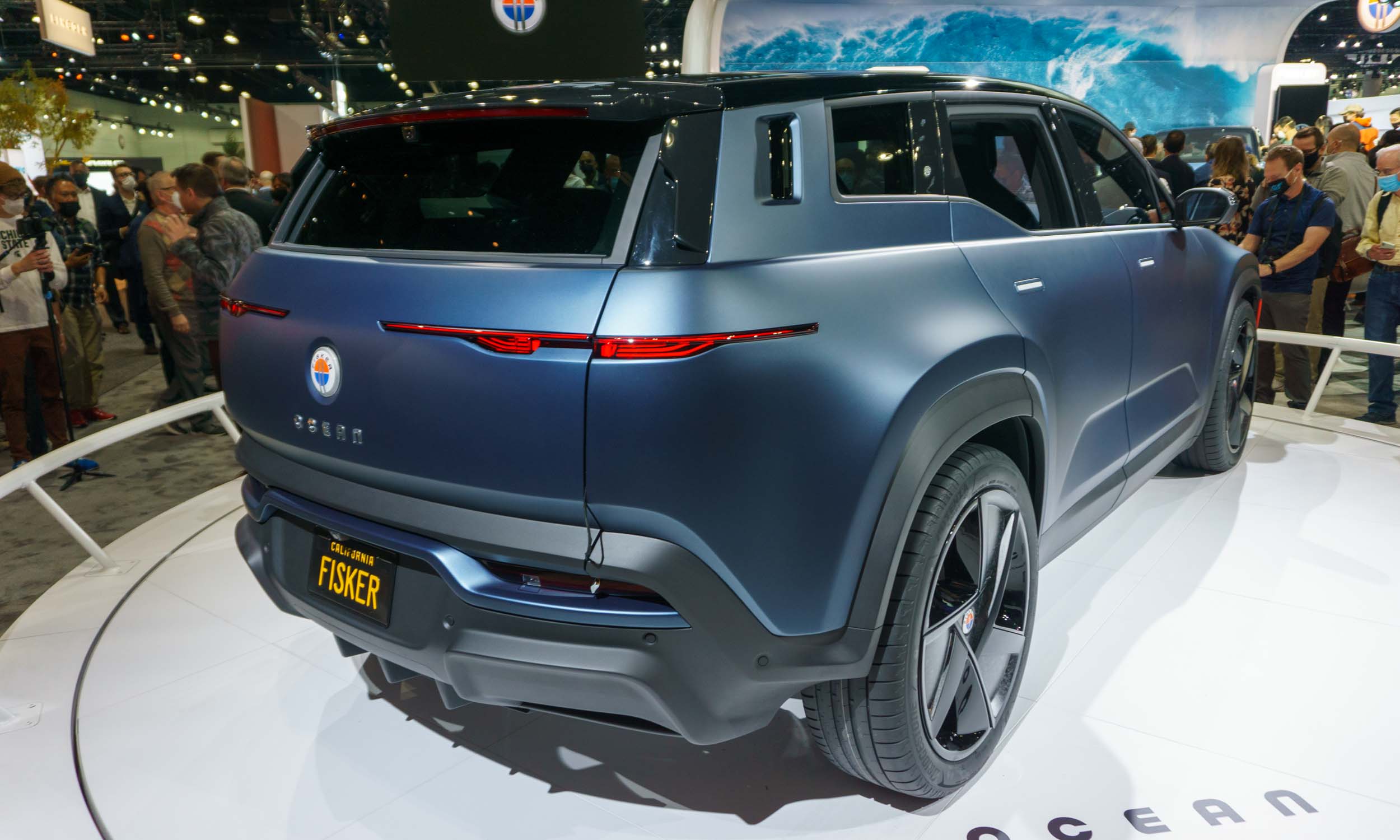 Torque Vectoring
Although Henrik Fisker loves sports car, he recognized early on that a crossover makes more sense for most U.S. consumers. As a compromise, the Ocean design offers many attributes of a sports car. In addition to its high-performance dual-motor powertrain, the Ocean is available with Smart Traction. This system employs torque vectoring to deliver power to individual wheels for optimized handling during aggressive driving, while also providing additional stability on slick road surfaces. 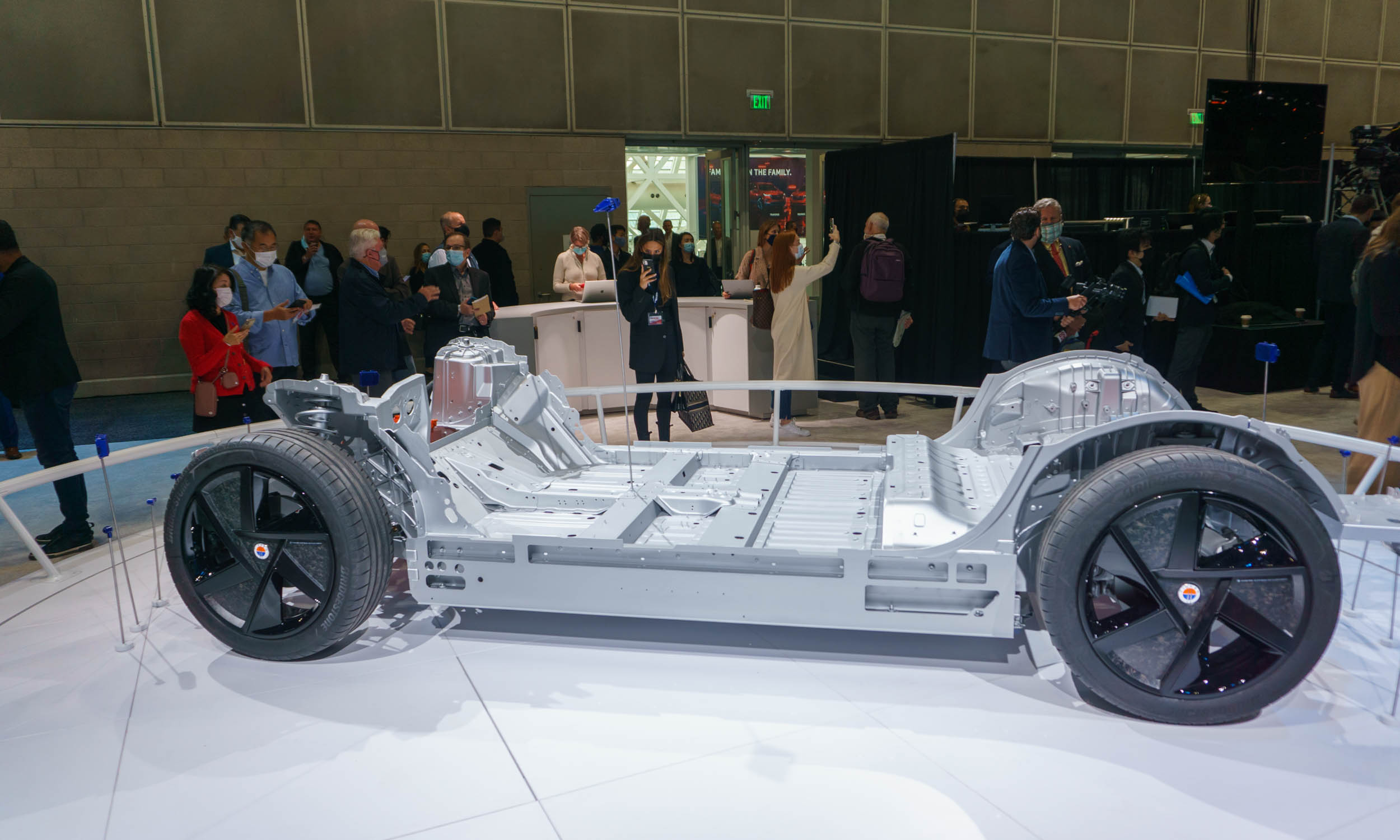 Two Battery Types
Batteries for the Ocean are supplied by Contemporary Amperex Technology, designed by CATL and Fisker specifically for the Ocean. The Fisker Ocean Sport FWD will use a lithium-ion phosphate battery, while dual-motor variants get a more powerful Hyper Range pack that uses a lithium nickel manganese cobalt chemistry. The single-motor Sport has an estimated range of 250 miles; the top-level dual-motor Oceans will be able to travel upwards of 350 miles between charges. 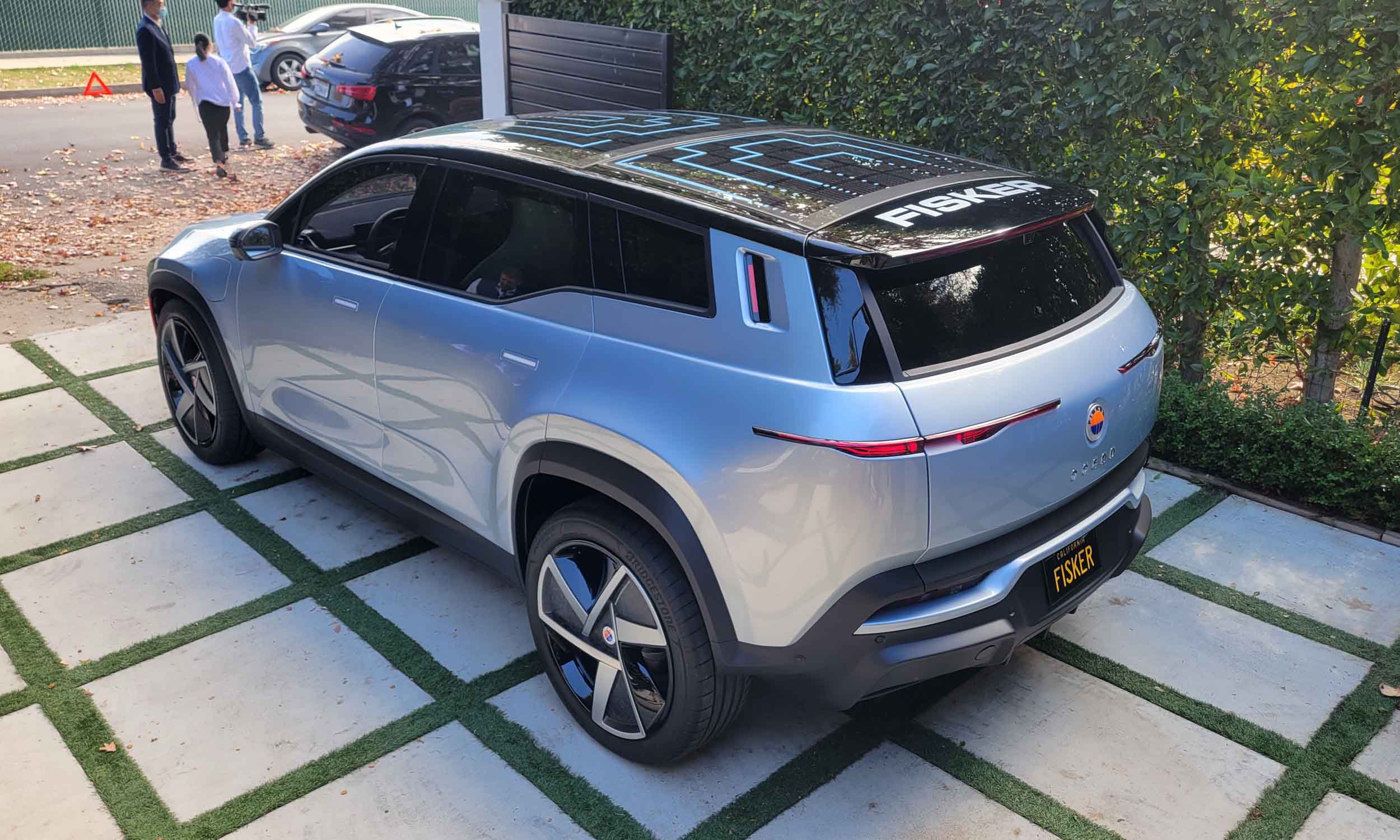 Solar Power
The roof of the Ocean features a stylish design that goes beyond mere looks. With integrated solar panels, the SolarSkyRoof can produce enough supplemental power for up to 1,500 miles per year under ideal conditions — a feature more functional in Southern California than Seattle. 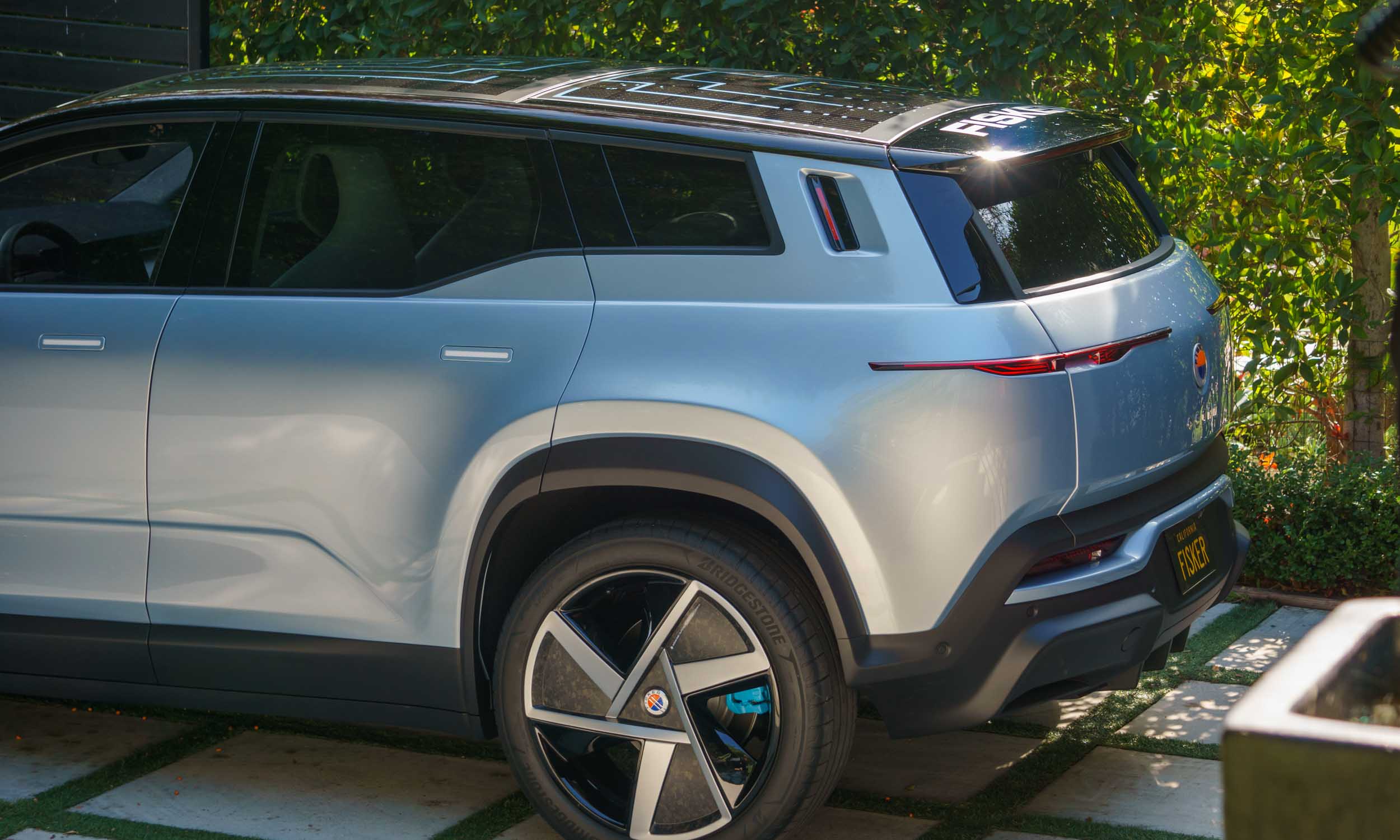 Power House
The Fisker Ocean features a bi-directional charger, which means this electric SUV can also be used as a portable battery to power a home during a power outage. Depending on the load, a fully charged Ocean can power a house for up to seven days. 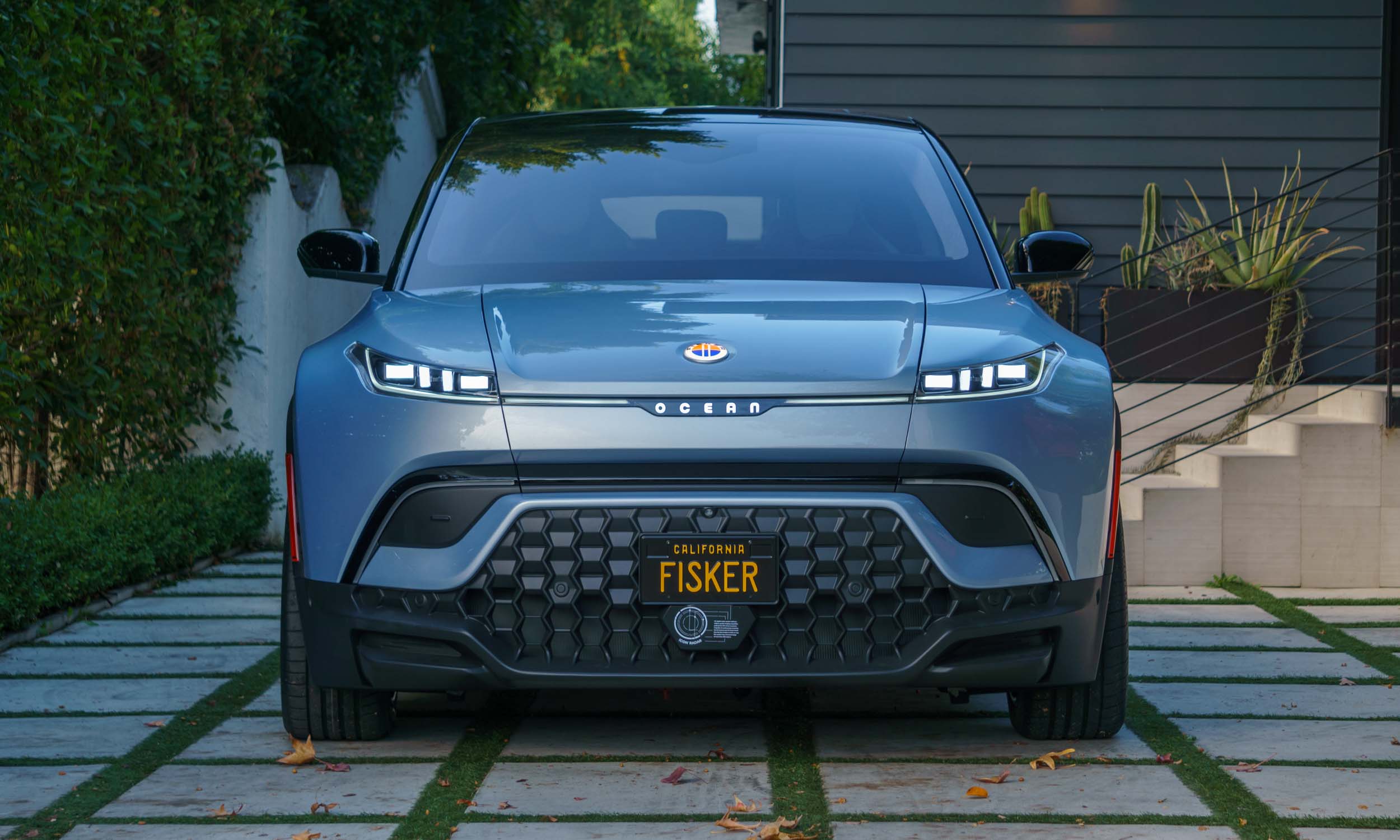 Ocean Lineup
The Fisker Ocean will be available initially in three trim levels: Sport ($37,499), Ultra ($49,999) and Extreme ($68,999). Additionally, the first 5,000 units produced will be Fisker Ocean One launch editions, priced the same as the Extreme. Fisker says more than 19,000 orders have already been placed for a the Ocean, which can be accomplished with a $250 deposit. 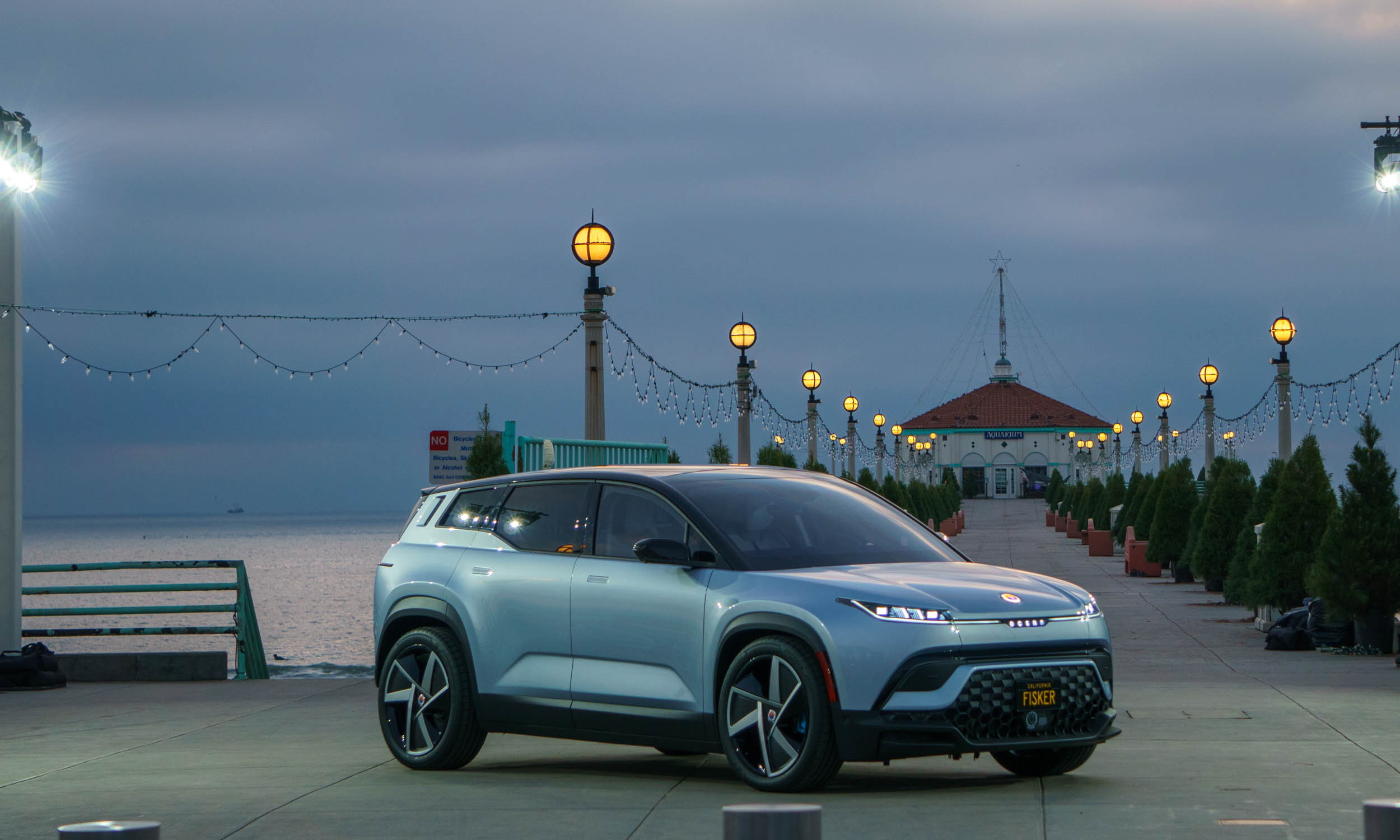 Production Next Year
Production of the Fisker Ocean will begin exactly one year from the day the SUV made its debut at the 2021 Los Angeles Auto Show — November 17, 2022 — at the Magna manufacturing facility in Graz, Austria. In keeping with the design tenets of the Ocean, Magna is a carbon-neutral facility powered in part by a nearby hydroelectric power station, with a primary focus on reducing consumption of raw materials and minimizing waste. First deliveries of the Fisker Ocean should commence by the end of 2022. 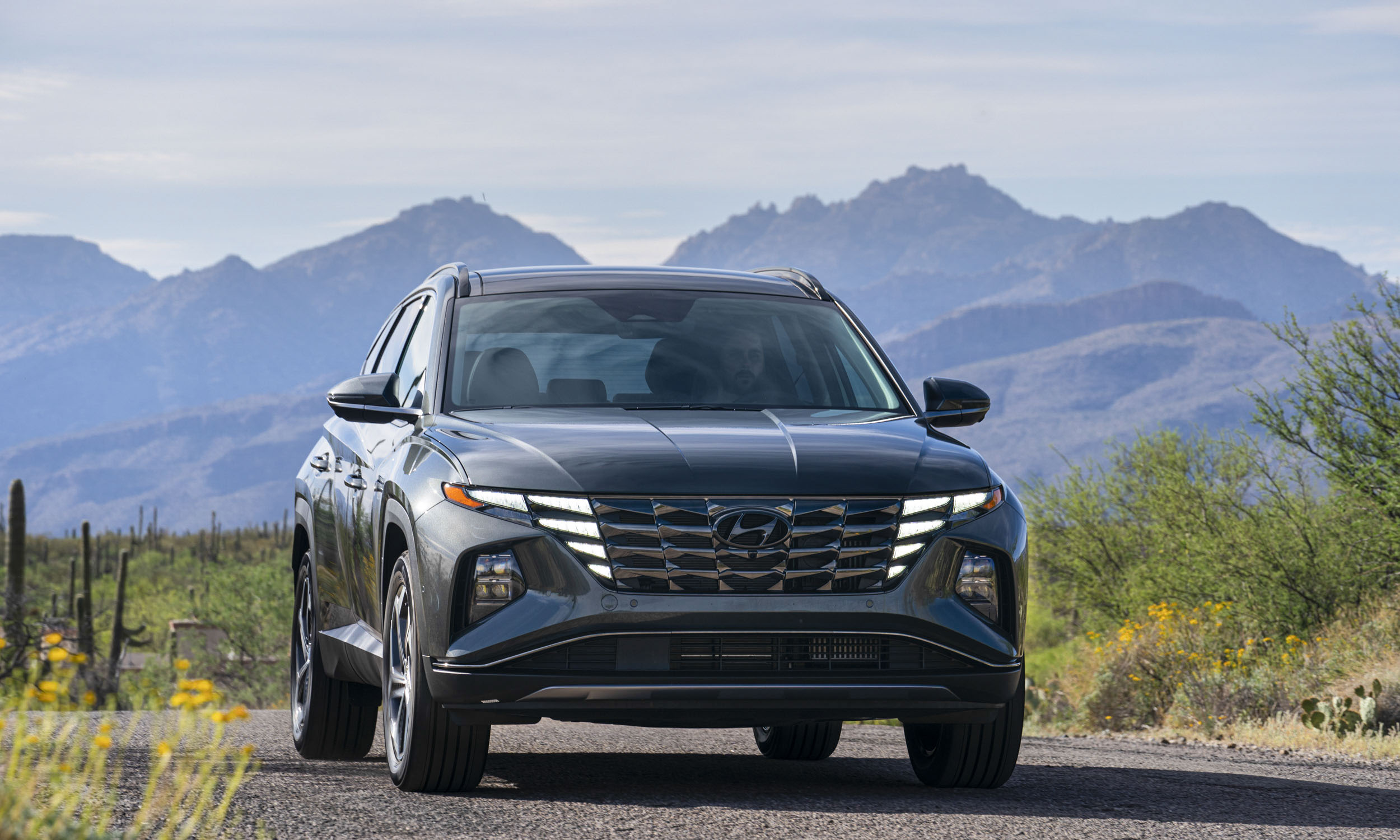 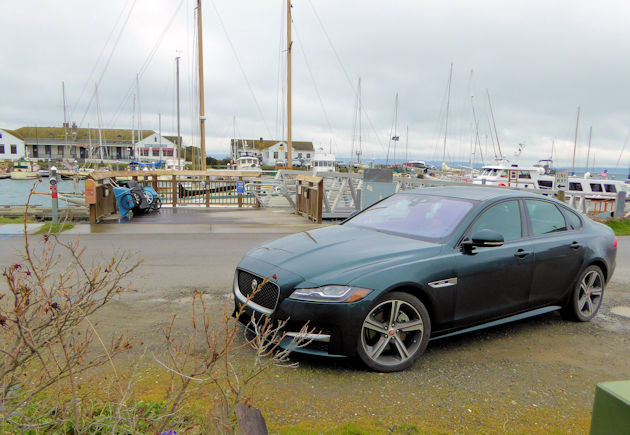