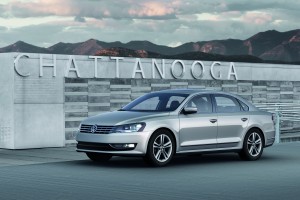 Chattanooga, Tenn. — When Volkswagen says the 2012 Passat is all new, they mean ALL NEW.? It?s not just a typical ?ground up? or ?clean sheet of paper? redo?it?s a new size, a new concept and it?s a complete change in direction.

With animals like Camry, Accord, Sonata and Focus in its sites, Volkswagen prepares to launch the Passat from a ?ground up? new $1 billion plant on the outskirts of Chattanooga.

I had a chance to tour the plant and drive the Passat a few days after the official plant opening and I can report, both are state of the art. 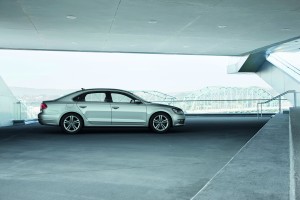 At dinner the night before my VW plant tour, Frank Fischer, Chairman and CEO of the Volkswagen Group of America Chattanooga Operations, LLC, told me about the heavy emphasis on making sure this new Passat was of the highest quality possible.

Volkswagen officials are well aware that there have been some quality issues on past models, and by all indications, that may well be a thing of the past.? On a tour with other journalists through part of the new plant on the 1,400 acre site, we heard pounding and looked around a barrier to see men with hammers pounding on recently assembled sections of the Passat.? They were trying to find any weakness in assembled components, poor welds or other potential problems.? In another area, we saw a woman with a large chisel and hammer trying to separate welded sections — again looking for potential problems.? Throughout the plant there were inspections, testing, rechecking and an obvious obsession with quality.

When operating at full capacity, the plant will have about 2,000 employees, who will produce about 150,000 vehicles annually.? Currently, there are 1,700 employees at the VW plant.? In addition, about 10,000 additional jobs were created by companies who will supply Volkswagen components and services. 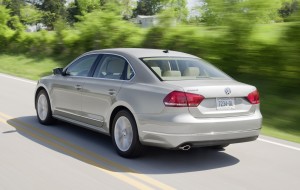 Later that day on a drive from Chattanooga to Nashville in the 2012 Passat, it was obvious that the quality control efforts were paying off. The car was solid and well designed.

Significantly larger than the previous Passat, the new model mimics the mid-size dimensions and prices of the competitive models. ?Available in three trims S, SE and SEL, the S starts at $19,995, plus $770 destination charge. The S includes a 2.5-liter five-cylinder gasoline engine with six-speed manual transmission and has features like dual-zone climate control, Bluetooth, and power windows and door locks.

On the high end, the SEL with the 3.6-liter V-6 and the premium package tops out at $33,720, including the destination charge and adds all the typical luxury and convenience appointments like leather seating with heated front seats, navigation, sunroof, remote start and all the features I would expect to see in the top model.

Looking at Passat photos you see a stylish four-door sedan with Volkswagen family characteristics and clean crisp lines.? Seeing the Passat in person the lines take on more dimension and a more Teutonic elegance befitting a German engineered car built in the U.S. specifically for the North American marketplace.

The American influence is especially prominent on the interior which includes abundant drink holders, storage areas and well-thought out control placement on both the center stack and steering wheel.? My driving partner and I both agreed that the seats in the SEL we drove had excellent support and side bolsters with just the right amount of softness for added comfort on longer trips.

The new Passat is one of the first Volkswagens to offer the new Fender audio system.? The famous guitar maker?s system produces excellent sounds, but with a different bias than I?m used to.? Because music at concerts comes from in front, Fender uses the same approach to creating sounds in the Passat, rather than surrounding the cabin with music.? The music has a heavy front bias, and it?s great. 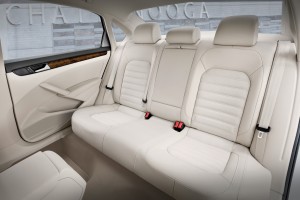 The back seat was equally comfortable and capable of carrying three adults without too much overcrowding. I compared the Passat with competitors, and it was more roomy and comfortable than the Camry and Sonata and about par with the Accord, which is rated as a ?large? car by EPA standards. ??The Passat also has a spacious 15.9 cubic foot cargo area that should easily handle three or four sets of golf clubs or four large suitcases.

In addition to the three models, the front-wheel drive Passat offers three engine choices, which are all carryovers from the previous model.? The base engine for the S and SE models is a 170-hp, five-cylinder gasoline engine, and it undoubtly will be the engine most buyers choose.? Volkswagen has not released acceleration times for any of the engines, but I expect this one to make a 0 to 60 mph run in about 8.5 seconds.? EPA fuel economy estimates are 22 mpg city and 31 mpg highway with the DSG (Direct Shift Gearbox) transmission. ?Volkswagen was the first company to offer a production version of this double clutch automatic transmission in 2003.

The Passat is the only car in its class offered with a diesel engine option, which is my favorite.? The TDI (Turbocharged Direct Injection) produces140-hp and 236-lb.ft. of torque at 1,500 to 2,500 rpms.? This little diesel has enough power to spin the front tires a little under hard acceleration and it should accelerate from 0 to 60 in about 8.5 seconds.? The TDI is a clean diesel and the same engine used in the Volkswagen Golf TDI, which was named one of the top 10 Green Cars of 2011 by Kelley Blue Book. With its 31 mpg city and 43 mpg highway fuel economy rating and 18.5 gallon fuel tank, the TDI is capable of going up to 795 miles between fill-ups making it the longest distance production car sold in the US.?? We drove the TDI for about 100 miles making occasional jackrabbit starts and doing other things that handicap good fuel economy numbers and the trip computer said we were getting 43.1 mpg.

Initially, when I heard that VW was going to build a car to compete in the tough mid-level sedan market and drop the price to a competitive level, I expected to find a car filled with compromise. I expected it to have less personality, a reduced level of driving enjoyment and other concessions.? I couldn?t have been more wrong.

The NEW Passat has all the elements to make it a top competitor — without any compromise. 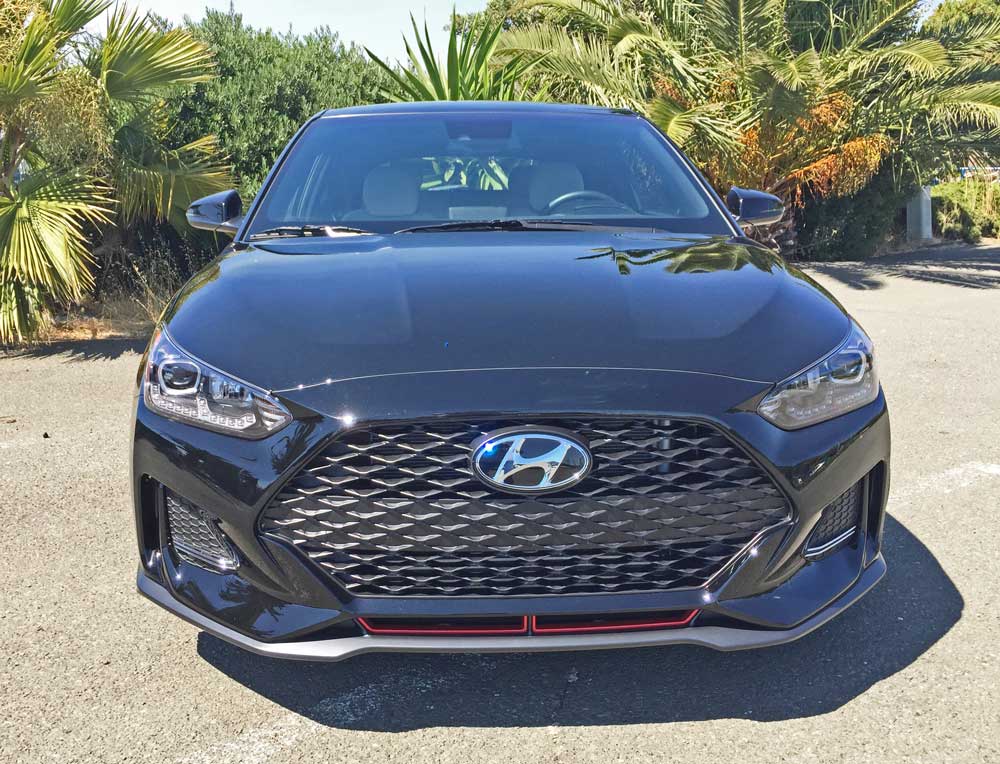