Montreal, Canada ??? When the time came for the Land Rover to re-engineer and redesigned their entry-level model, they didn?t mess around trying to build a watered down version of the legendary Land Rover.? Instead, they filled it with all the features, technology, comfort and capabilities they build into all their sport utility vehicles.

I recently had a chance to put the third generation LR2 through its paces in the woods northwest of Montreal in Canada.? My driving partner and I started the day with a good dose of city driving complete with the potholes, jostling for position and the construction typical of a big city founded in the 17th century and suffering from aging streets.? However, we were ably led out of the city by the latest iteration of Land Rover navigation, which deciphered the path through it all.

Once in the country, we traversed freeways and winding two-lane roads speeding through the leafless fall forests of southern Quebec by deep blue lakes and scenic rivers.? The drive into the country felt more as if I were behind the wheel of a spirited sport sedan rather than a compact luxury SUV.

??????????? Riding on a four-wheel independent suspension, with four corner coil spring struts and front and rear anti-roll bars, the LR2 remained flat in the corners while furnishing the driver with excellent feedback from both the suspension and rack and pinion steering.? It did this while simultaneously pampering the vehicle occupants in the plush comfortable cabin.

Under the Land Rover?s bonnet is the same turbocharged four-cylinder engine found in the new Land Rover Evoque.? The Ford derived 240-hp, 2.0-liter engine produces more power and better fuel economy than the 3.2-liter V-6 engine it replaces.? Standard on all LR2 models is a Land Rover?s Intelligent Power System Management (IPSM), which includes a Smart Regenerative Charging system that charges the battery when the vehicle is decelerating, recovering kinetic energy from deceleration.? This saves fuel by consuming less engine energy during normal engine operations.

The LR2 has the latest version of Land Rover?s outstanding Terrain Response? system, which uses buttons instead of the original dial to cycle through the available drive choices allowing the driver to select the conditions like grass, gravel, snow, mud, ruts or sand.? When selected the system automatically sets up the drivetrain to best handle the conditions.? There?s no guesswork involved. ?I also liked that the LR2 has a tight 37-foot turning radius, which helped with its agility both on- and off-road.

By the numbers, the LR2 has a towing capacity of 3,500 pounds, the ability to wade through nearly 20 inches of water, a 0 to 60 mph acceleration time of 8.2 seconds and a top speed limited to 124 mph. Fuel economy numbers were not yet available.

??????????? Once we were far into the woods, in route to a stop-over in the resort area of Mont-Tremblant, we had an chance to drive through some deep water, wallow through lots of mud, climb some slippery hills, drop down a steep slope and experience some of the three-wheeled driving that demonstrates the suspension articulation .

After a day behind the wheel of the new LR2, there is no question about it being pure Land Rover.? While it might not have quite the same neck-snapping acceleration of a supercharged Range Rover, or the extra finesse to crawl over major boulders, the LR2 is damn close, and it will provide nearly all of the thrilling on- and off-road capabilities as the big brother Range Rover models.

I really like the available new navigation system, it?s much more user friendly than previous Land Rover versions I?ve used.? The navigation system includes a new ?Say What You See? voice activation system that prompts the driver on how to give commands to the audio, navigation and phone systems.? There?s also a rear camera system to help back up more safely plus it ?has a handy feature that makes it easy to hook up to a trailer without outside guidance.

During the off-road driving, I was able to experiment with the new Hill Decent Control system, which works like a cruise control restricting the speed downhill and improved control during slippery descents.? Some other handy new features are the electronic parking brake and the Roll Stability control that uses Gyroscopic sensing and individual wheel braking to reduce the chances of a rollover.

This new entry-level Land Rover has most all the technology and abilities of the legendary Range Rover models with a very affordable price. 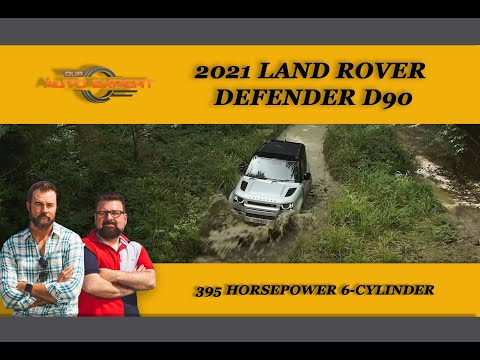 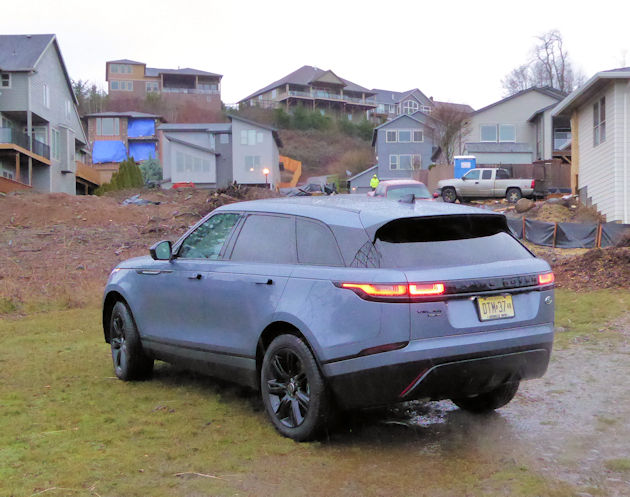