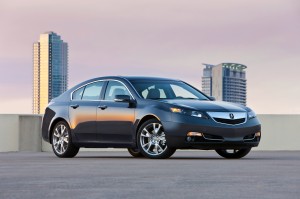 There are a handful of cars that we can use as an instant recommendation when someone asks, ?What would you recommend?? and the Acura TL is one of them.? Since the TL rolled into the Acura lineup in 1996 we have been impressed by this mid-size luxury sedan.

The TL has always been dependable, luxurious, user friendly and an excellent value.? Over the years the sedan has been refined with more luxury and significant improvements in performance.? With little fanfare, it?s also become an industry leader in audio, safety and navigation technologies.

If the Acura TL has a weak link, it has been the styling, but that?s even improved significantly during the fourth generation. ?”With the 2009 TL, the exterior design was a lot about passion,” said Damon Schell, Senior Designer, Acura Design Studio. “With the 2012 TL, we pushed for an increased level of sophistication.” 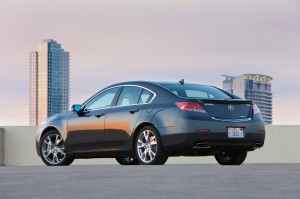 By making the front bumper more aerodynamic, revising the grille and updating the headlights and turn signals they gave the TL a more horizontal look.? Similar changes were made to the rear end plus the TL gets stylish new 17- and 18-inch wheels. ?The net result is a more refined TL; it may still not be a head-turner but it looks very good, and much better in person, than in the photos.

The other significant improvement for 2012 is the new six-speed automatic transmission.? Long overdue, the TL is one of the last cars in entry luxury category to get the six-speed transmission and it makes a difference, shaving the 0 to 60 mph time by 0.3 seconds to 6.2 seconds, and adding from one to three miles per gallon, depending on the engine and transmission, ?to the previous EPA numbers.? The extra gear adds to the drivability with smoother shifts and better spacing between the gears. 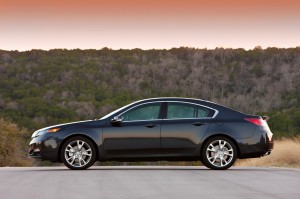 The two engines are basically the same as last year, but the 3.5-liter received several advanced friction-reduction technologies.

I like the simple way Acura markets their cars; every car has a full level of luxury and safety equipment with the only option being technology and performance.? There are basically two models, the front-wheel drive TL with the 3.5-liter V-6 and the TL with SH-AWD? (Super-Handling All-Wheel Drive) and a larger 3.7-liter V-6.? The engines produce 280- and 305-hp respectively and the new six-speed automatic transmission is standard on all cars.? However, there is an optional no-cost six-speed manual for the SH-AWD model.

The TL is front-wheel drive, but you really don?t notice it even pushing the car hard through the corners.? It has a double-wishbone front suspension and multilink system in the rear that keeps the car well-planted on the corners.? The SH-AWD version not only aids the traction on slippery surfaces, it was the first AWD system to not only distribute power between the front and rear axles but also between the left and right rear wheels.? This later action produces a more neutral accurate steering under power reducing understeer and improving handling balance and controllability. ?Under normal cruising, 90 percent of available torque can go to the front wheels. 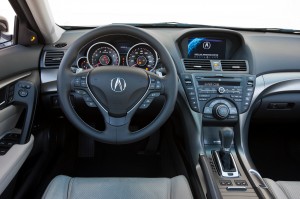 Acura TL pricing starts at a very reasonable $36,465, including the destination charge, for a car equipped with features like Xenon headlights, leather seating, moonroof, aluminum wheels and premium audio with Bluetooth and XM Satellite Radio.? SH-AWD adds $3,550 and includes special sport seats.? For an additional $3,730, the Tech Package adds the audiophile quality ELS sound system with 15 gigabyte hard drive with room to store up to 3,500 songs, the best navigation system in the business with traffic and weather information and rearview camera, plus Milano leather seats and other innovative features. ?The Advance Package, $2,200 adds Blind spot information, ventilated front seats and upgraded wheels.? With everything the most you can spend is $45,945 for a car that has everything but the proverbial kitchen sink.

The new TL has a very luxurious and comfortable feel which is perfect for a road trip, or just around town.? I like that it?s also comfortable for four people but can hold five without too much crowding in the rear seat. 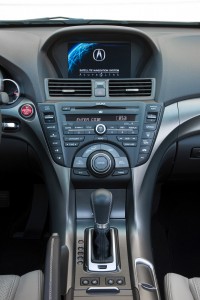 Over the years, I have developed a list of features that are ?must haves? on any car that I would buy.? The list included heated front seats, overhead passenger assist handles, good drink holders, rear backup camera, navigation and most recently a blind spot warning indicator that lets you know at a glance when another vehicle is in the car?s blind spot on either side.? The new Acura TL has all those features.

If someone asked me what mid-size, entry-luxury car I would recommend the Acura TL would be one of my top recommendations. 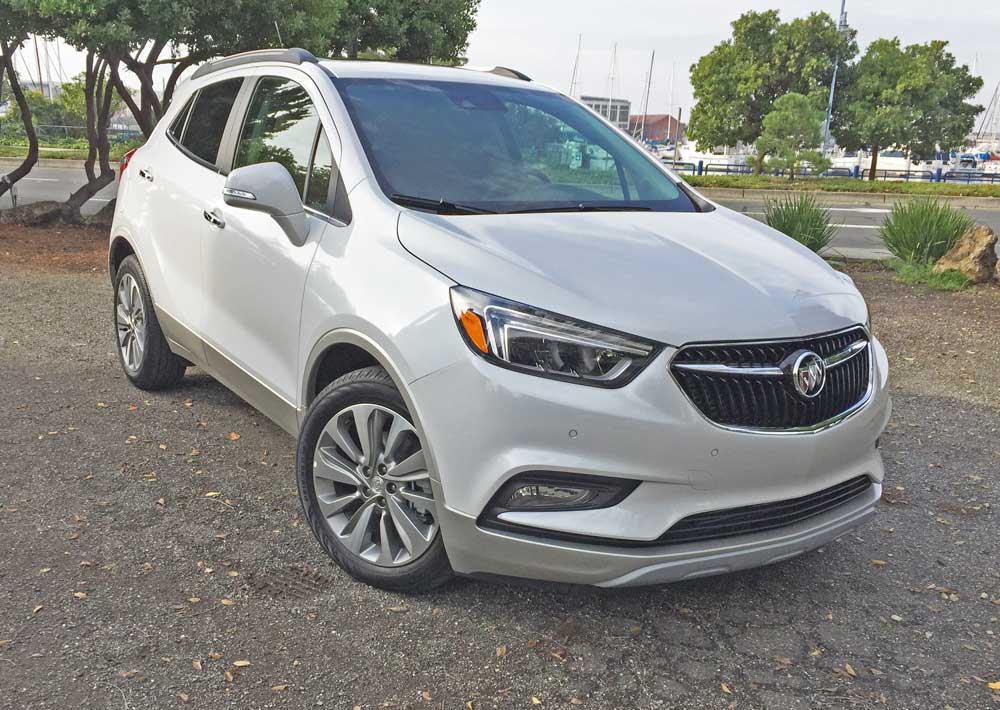