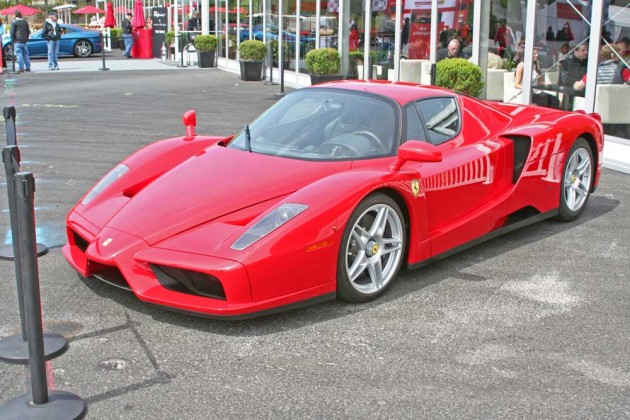 What could be better for a performance car aficionado and lover of exotic marques than to spend a weekend enjoying a Ferrari Challenge program with activities for car fans of all ages? Think of it as a Ferrari family affair, with more than 200 examples of the legendary marque in attendance, from rare collectible classic models to six of the latest La Ferraris and two Enzos, which alone were valued at more than $12,000,000. Ferrari owners even have their own collective acronym – FOG for Ferrari Owners Group ? similar to HOG for Harley Owners Group, but the price of admission is considerably more expensive. 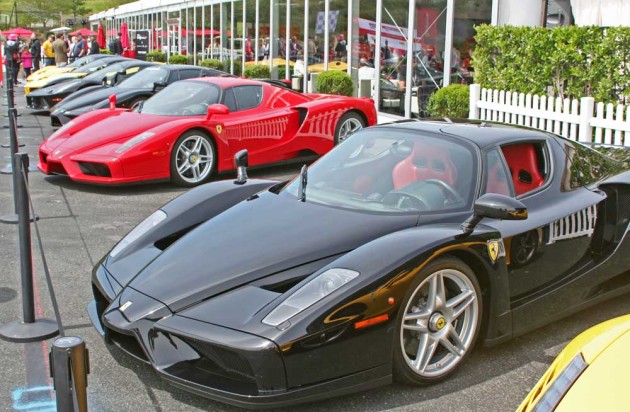 What exactly is the Ferrari Challenge? The Ferrari Challenge Trofeo Pirelli is one of the most popular single marque series that brings together complete track novices and those who already have accredited competition experience. The novices have their own Coppa Shell with a separate classification and final title, while those with competition experience under their five-point harnesses race in the Trofeo Pirelli, with a title also up for grabs and the recognition that goes along with it. This avoids a single-sided competition, while assuring a more entertaining venue for spectators, from the expert competitors who race at a heightened level, alongside non-professional gentleman drivers competing on equal terms. 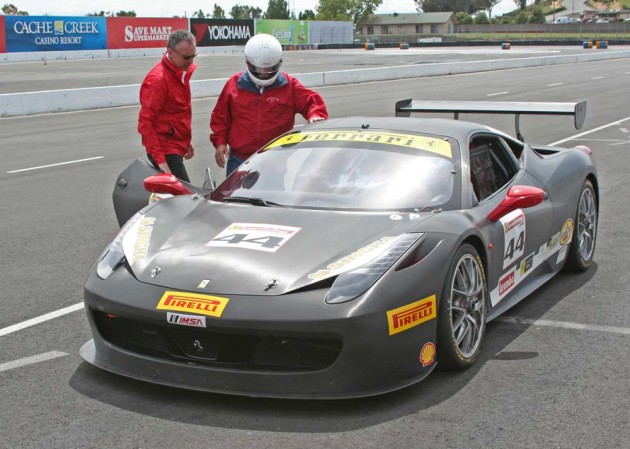 The Ferrari Challenge, now in its twenty-second year, was established in 1993. This year the Challenge will see the new 458 Challenge EVO car line up, organized in three geographically diverse championship series, and run in four regions ? Europe, North America and Asia Pacific.? 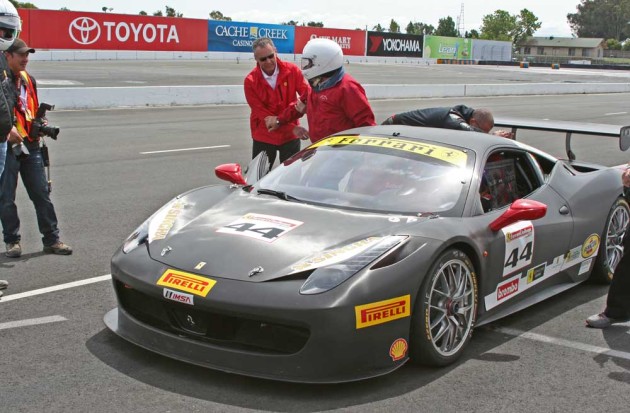 The 2015 Challenge season began on a track with particularly close ties to Ferrari?s history. At Daytona, Prancing Horse cars have taken 10 outright wins including last year?s GT-D victory. The 1967 race became one of the iconic moments in Ferrari?s history that gave rise to the name Daytona being bestowed on the 365 GTB/4.

The calendar for the North American series consists of seven rounds and will end in December with the traditional Finali Mondiali. All drivers from Ferrari Challenge North America will be invited to test their skills against other point leaders from Asia Pacific and Europe for the overall 2015 title.

Each Challenge venue features large, lavish hospitality areas that are created to provide all the proper facilities to serve as a nerve centre, where individual drivers and formal teams may welcome guests and sponsors in an appropriate and hospitable environment, complete with Ferrari merchandise boutiques, Italian-themed buffet meals, as well as activities tailored to entertain children, such as remote control Ferraris, pedal Ferraris and ?bouncy-houses? Other activities included hot laps in 458 Challenge EVOs as well as lapping of historic vehicles associated with FCA ? (Fiat Chrysler Automobiles). 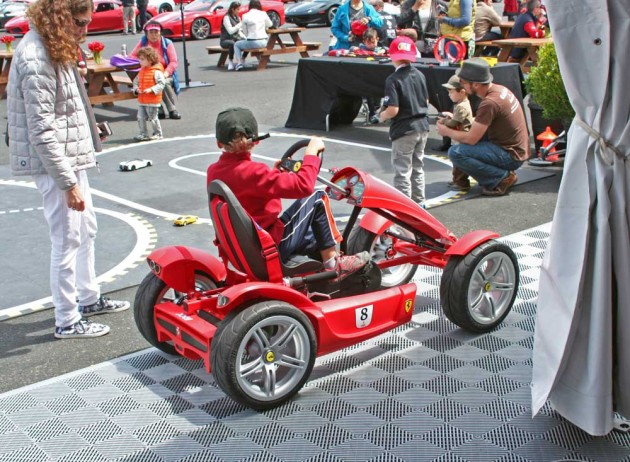 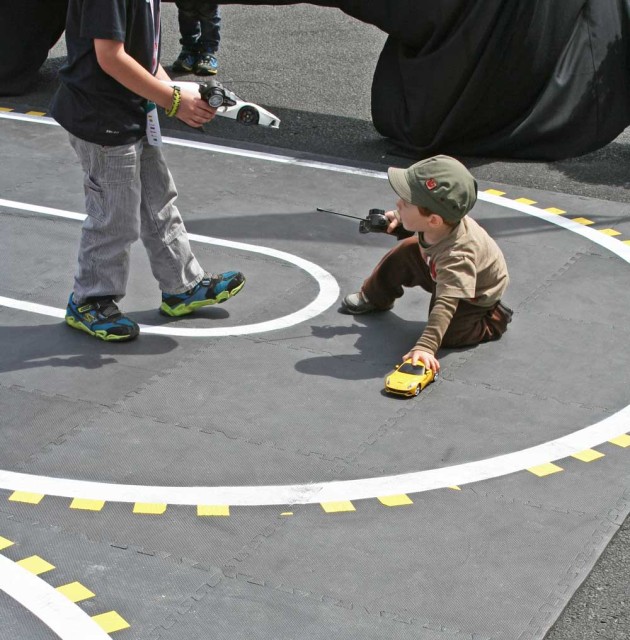 The facilities are also available to the sponsors of the Challenge, some attracted specifically by the series itself, and others who prefer to tie-in with certain drivers ? all anxious to be associated with an iconic and revered prestige marque and to enjoy TV, radio, print media and Internet media coverage.

The focus of the Challenge is to put drivers at their ease, with rules ensuring that Dealers and official preparation companies are the only ones authorized to enter cars. This rule has been in place since the inception of the Trofeo, and allows for greater transparency in the running of the series, which would not be possible with entries from outside the organization. Events are often held at prestigious race circuits as part of a special event also run by Ferrari ? ?Ferrari Racing Days? ? many as stand alone programs, with the exception of a few that are run alongside top international events, such as the very first event staged at the French Le Mans circuit at the legendary 24 Hours meeting.

The classification features the two categories for the Trofeo Pirelli and the Coppa Shell for drivers competing in the 458 Challenge EVOs. Last year a change in the weekend format was implemented, with Friday testing and free driving sessions organized, followed by a qualifying 1st session and Race 1 on Saturday and a qualifying 2nd session and Race 2 on Sunday. ?At each race, an extra point is awarded for the pole position, as well as an extra point for the fastest race lap. ?All drivers continue to engage in a sporting contest that operates at a very high standard, with the races proving to be closely contested from start to finish. 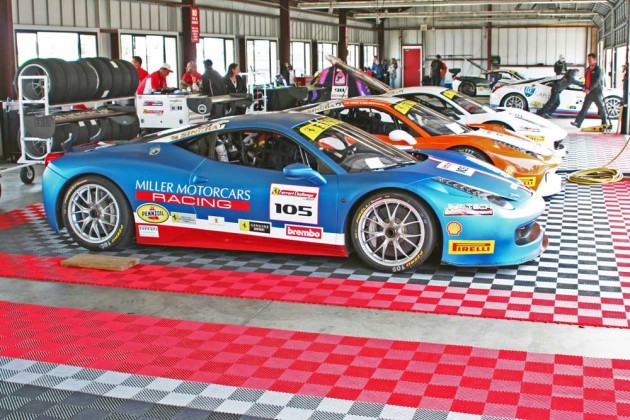 The 458 Challenge EVOs represent the fifth model used in the Challenge, and are derived from the Ferrari 458 Italia, following in the procession of iconic predecessors that includes the 348, 355, 360 and F430 Challenge cars, with each one displaying more technological advancements. The 458 Challenge Evos deliver 561 horsepower along with 398 pound feet of torque, and are built on the same assembly line as the other V8 road cars at the factory in Maranello, Italy. 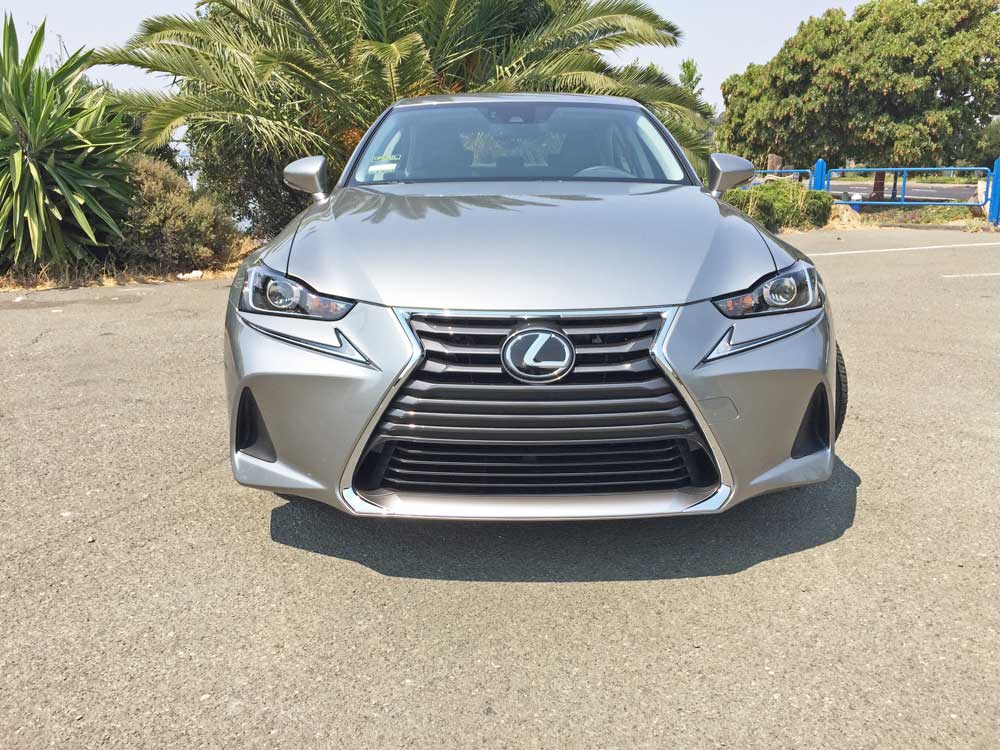