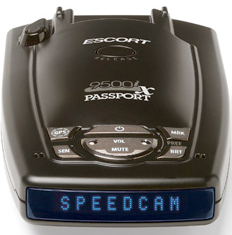 One of the radar and laser detector pioneering companies, Escort, has created a form of social networking against speed traps.

The system uses a Bluetooth connection between a smart phone and the Escort Radar detector?s optional SmartCord Live? cord.? When a compatible detector identifies an active radar signal, it sends out an alert, through the smart phone to other compatible vehicles using the SmartCord Live? cord notifying the other drivers in the area of the speed trap of active radar or laser enforcement.

The system connects through an app in the iPhone or Android-equipped smartphones.? The SmartCord Live system works with both Escort and Beltronics radar detectors, and sells for only $79.95.

“Escort can provide the most advanced radar and laser defense on the market by utilizing the power of real-time, cloud-based sharing among drivers,” Escort President and CEO John Larson says. “Escort Live is the social network for the road so you can know sooner, react faster and Drive Smarter.”

The key to ESCORT Live? is real-time national reach and scale. Currently there are more than a million compatible Escort or Beltronics radar detectors on the road in the United States. 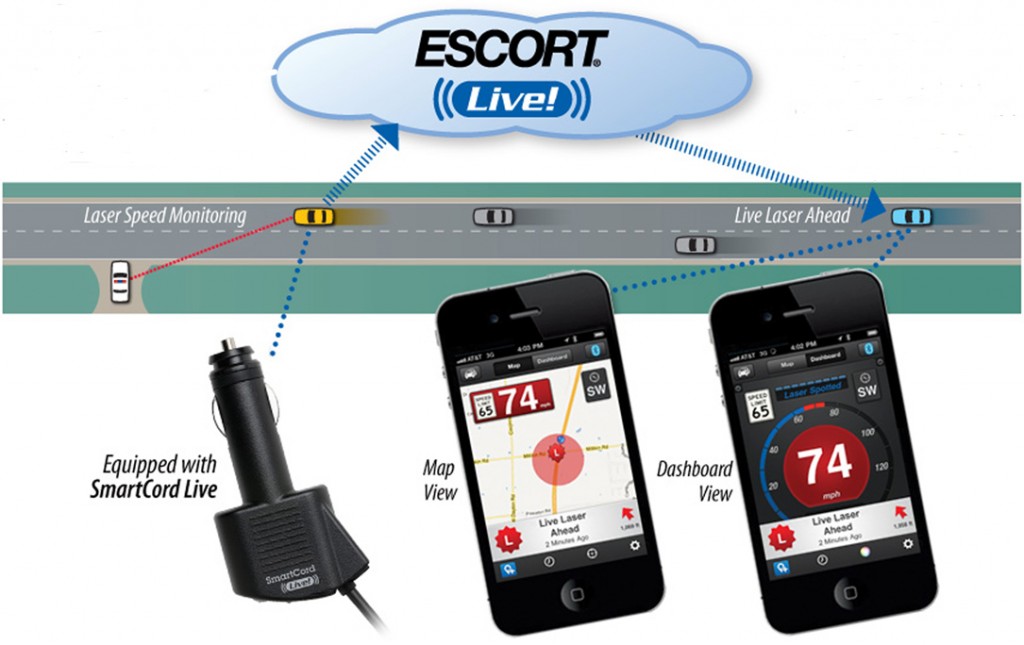 Here’s how it works: Imagine departing for the morning commute. Your neighbor’s Escort radar detector encounters a laser gun; that alert information is relayed immediately to the ESCORT Live? network as a confirmed “laser detected” threat. Later, as you head in the same direction, even when you are miles away from the waiting laser gun, your smartphone equipped with the ESCORT Live? app displays a red “laser spotted” alert before you are in range.

ESCORT Live? alerts are displayed with band, signal strength and frequency. Events spotted previously in the network are indicated by an “approaching live alert” message with directional location arrow and distance-to-arrive to the alert source.

Alerts appear at their coordinate location and are marked with an intuitive “heat map” decaying icon that changes color and transparency based on alert relevance.