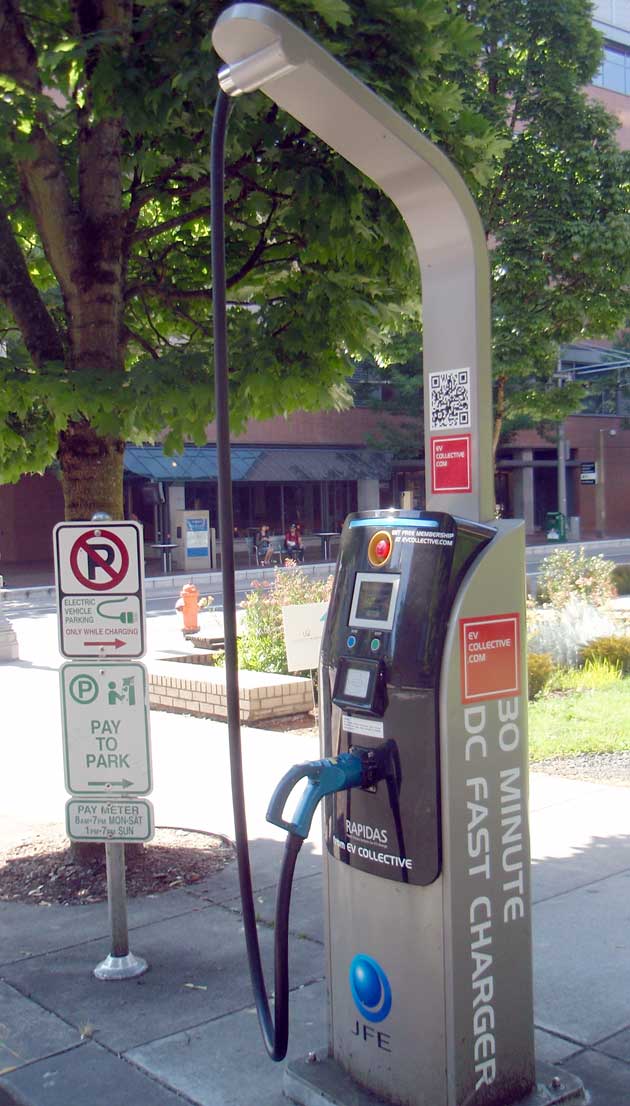 Electrics, Hybrids and Diesels in Portland

By Barbara & Bill Schaffer
Portland, Ore. ? We belong to an auto writer?s group call Northwest Automotive Press Association (NWAPA). During the year, our organization does a sport utility vehicle competition called ?Mudfest? and a fun two-day drive program in sporty cars called ?Run to the Sun.? The general idea behind each is to give our membership exposure to lots of different vehicles back-to-back.

This year we added a new program called ?Drive Revolution? to get a sampling of the some of the most technologically advanced and fuel-efficient cars on the market including electric cars, plug-in hybrids and clean-diesels.

Here?s an alphabetical listing of the second half of the vehicles we drove at the Drive Revolution with basic information about each: 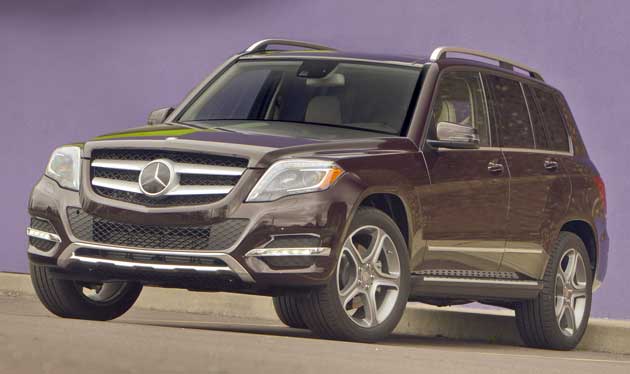 2013 Mercedes-Benz GLK250 BlueTEC 4 MATIC ? Mercedes Benz wins the prize for the longest name, and one of the nicest smaller SUVs on the market. We make no bones about it, we are fans of diesel-powered vehicles and the newest Mercedes SUV offering is a real winner. With all the build quality, technology and handling characteristics we?ve come to expect from Mercedes, the GLK250 is the next Mercedes model to embrace the efficiencies of diesel power. EPA fuel economy is 24/33/28 MPG. The 200-hp and 369-lb.ft. of torque makes it move quickly, too, plus it handles like, what else, a Mercedes. The $39,495 base price is a bit higher than competitors are and with the six options and packages, the price goes up to $50,485 but for an impressive BlueTEC. 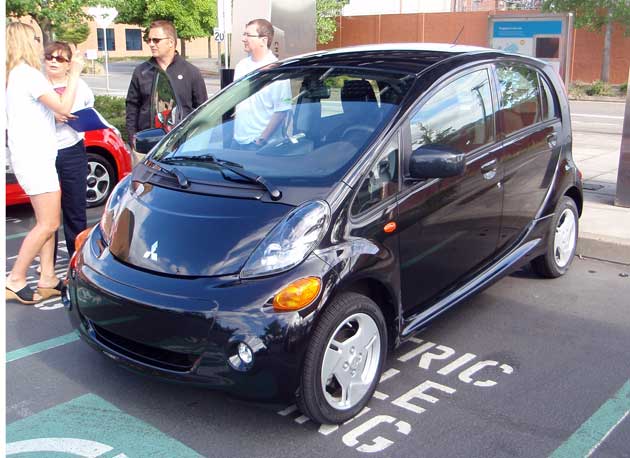 2012 Mitsubishi i-MiEV SE ? Of all the electric cars available from major manufacturers, the Mitsubishi i-MiEV looks the most like an electric vehicle to us. The futuristic shape seems to maximize interior space from the small footprint. The i-MiEV has a range of approximately 62 miles and it has one of the best EPA fuel economy ratings 126/99/112 MPGe. The Mitsubishi Electric has a base price of $31,975 with the premium package the as tested price was $34,765. It?s a good deal after the tax credits. 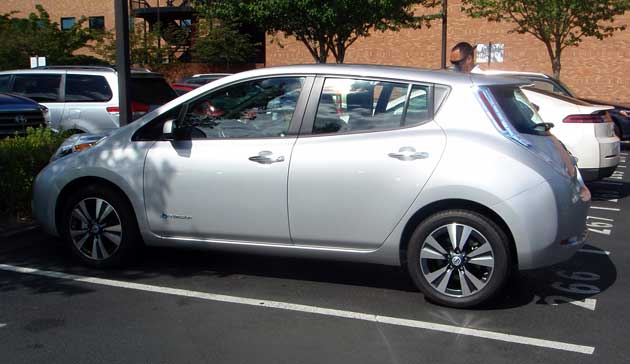 2013 Nissan Leaf SL — The Nissan really started the electric car movement by committing to build and sell the car nationwide and before the others. Most electrics are only available regionally. With its unique futuristic lines, it looks, we think, like an electric car and not something that was ?electrified.? Leaf sales have lagged behind projections, but in the last few months have started to take off. We don?t think the electric vehicle business would be so far along without the big push Nissan gave the industry with the Leaf. The Leaf has an EPA rating of 130/102/116 MPG making it one of the most efficient vehicles available. It has a base price of $35,690 and the test vehicle with mats and the premium package, which includes the very cool Around View Monitor, goes for $36,910 before tax credits. 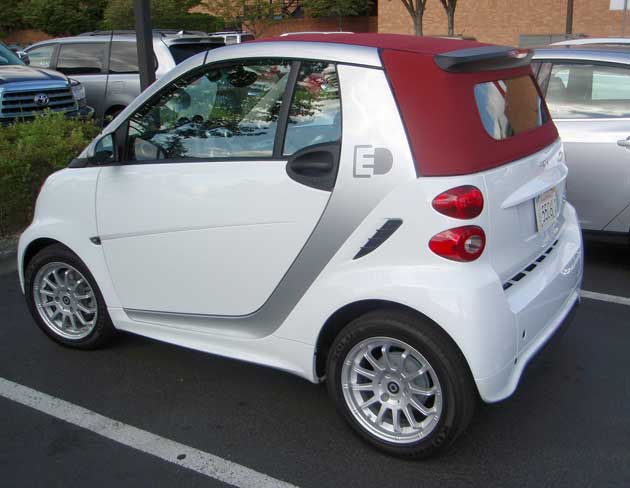 2013 Smart Electric Drive Cabriolet ? Smart cars always inspire us to grin and stare, but in actuality they are pretty good cars, especially the electric model. The gas powered Smart has a transmission that?s challenging to drive. It?s a cross between an automatic and a manual and it?s difficult to drive smoothly. The electric on the other hand is smooth and quick and you almost get a sense of being in a sophisticated golf cart that?s escaped the greens. The model we drove in the Drive Revolution program allows the driver push a button, even at highway speeds, making it a convertible. The top is a cloth section that folds down the center section leaving the middle area open. The Smart has an EPA rating of 122/93/107 and a range of 68 miles. The Smart Electric Cabriolet two-seater is priced $28,750 and 30,850 with leather seats and the technology package.

2013 Toyota Prius Five ? As the icon of hybrid vehicles the Toyota Prius sells more hybrids worldwide than all the other hybrid and electric cars together. In California, Prius was the best-selling car in 2012 ? period! Prius is now available in four different models?it has become a brand of its own. The Prius gets EPA numbers of 51/48/50 mpg. The Prius Five supplied for our program had a base price of $30,800 and $37,704 after a major technology package and a couple of other smaller options were added. 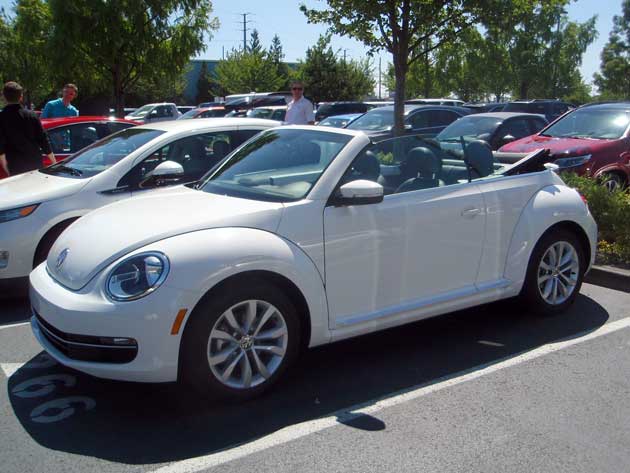 2013 Volkswagen Beetle TDI Convertible ? On this beautiful Portland day, the Beetle TDI convertible was ?top down? was the most fun to drive. The diesel power is amazing with more torque than the other Beetle engines, and great fuel economy, 28/41/32 MPG. We recently drove the same car on a road trip high into the mountains (from sea level to nearly 7,000 feet) near Big Bear in Southern California and averaged 36.3 MPG. The VW Beetle TDI Convertible with the Fender premium audio and navigations is priced at $30,295. Read our recent review at https://ourautoexpert.com/2013-volkswagen-beetle-tdi-convertible/ . 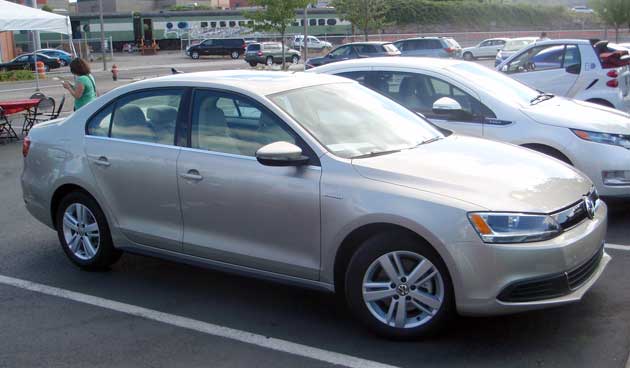 2013 Volkswagen Jetta Hybrid SEL ? A turbocharged hybrid, sounds like an oxymoron, but it works to give the driver the ? better? of two worlds. For fun-loving drivers, the Jetta had quick acceleration, performance and trademark Jetta handling. The conservative, ECO conscious driver, gets very good EPA numbers — 42/48/45 MPG. The well-equipped Jetta Hybrid SEL is priced at $30,155. We?d love to see the VW diesel engine in the mix, but that would take the price up considerably.

2013 Volkswagen Passat TDI SE ? The VW Passat, which is built in Chattanooga, Tenn., is the only of the mid-level sedans to have an available diesel engine, and they sell like the proverbial hot cakes. With the impressive 31/43/35 MPG fuel economy, good performance and roomy, comfortable interior, the Passat TDI is a great value, made even greater by the $27,020 price tag.

To go back to Drive Revolution Part 1 click here:?https://ourautoexpert.com/drive-revolution-part-1/ 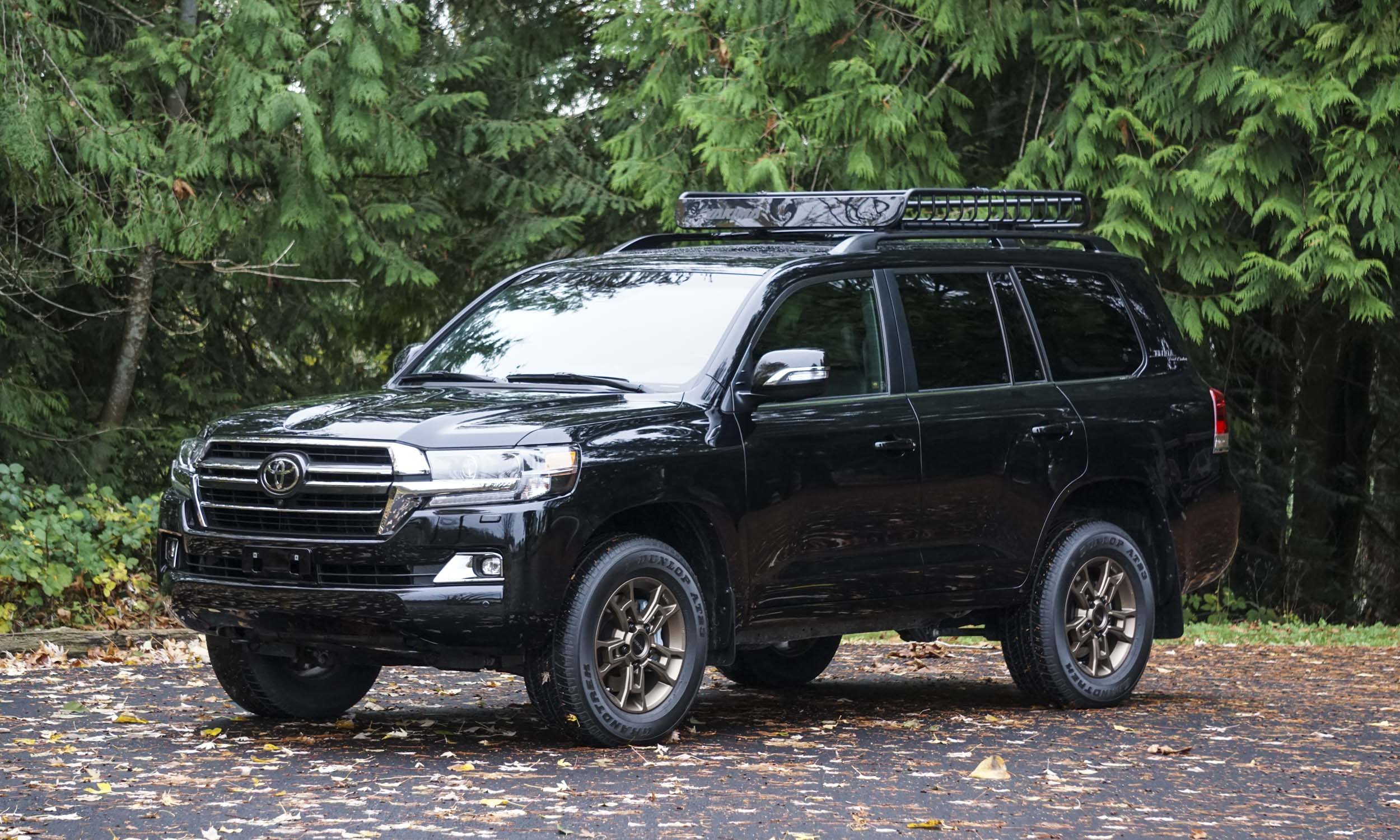