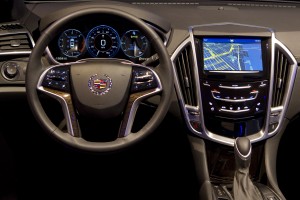 Cadillac?s upcoming luxury flagship, the XTS, will be loaded with technology and Cadillac announced in December that they will also be the first American manufacturer to offer HD radio as standard equipment.

The technology comes on additional channels known as HD2, HD3 and HD4s with the broadcaster?s regular analog signal.? The extra programming and information is all free to the consumer without a paid subscription.

There are currently more than 1,300 digital HD2, HD3, and HD4 channels across the country broadcasting programming, which can only be heard with an HD Radio receiver.

HD Radio Technology also transmits show Program Service Data ? such as song titles and artist information ? that display on the CUE audio screen. The system can also be paused up to 20 minutes, allowing users to resume the program ? similar to a DVD.

In the Cadillac CUE system, HD Radio users will have the added feature of iTunes? Tagging, which allows listeners to tag their favorite songs for later preview and purchase on iTunes.

?HD Radio Technology is an excellent addition to CUE, the groundbreaking user experience for connectivity and control which will debut in the new XTS luxury sedan in spring 2012,? said Cadillac Product Director Hampden Tener. 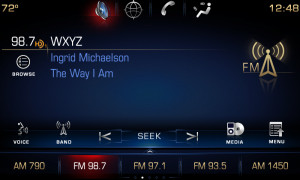