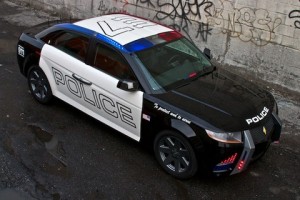 The mojo wire is hot this morning with notifications from California to Pennsylvania announcing a nationwide “zero tolerance” crackdown on seat belt infractions. So if you’re planning a road trip next weekend, be aware that from now until the middle of June, police of all kinds from coast to coast will be looking to pull you over and issue citations if everyone in the car isn’t buckled in.

Why are they doing this? The biggest clue is that the tickets that will be handed out are going to cost much more than in the past, at least $142 in California. The familiar roadside signs with the Click It or Ticket logo are being updated from the old “Ticket $80-$91” to read “Minimum $142.” The cost of failing to properly buckle up any child under the age of 16 has increased to at least $445 per child for a first offense and $1005 or more on a second offense.

Folks, that’s not about making your driving experience safer ? it’s about increasing revenue to cash-strapped states such as California. The easiest thing to do is buckle your seat belt, which you should be doing anyway, and thereby avoiding the “road tax.”

California’s Office of Traffic Safety issued this malevolent warning: “Motorists can also expect that police officers, Sheriff’s deputies and California Highway Patrol officers will be out in force — both day and night.”