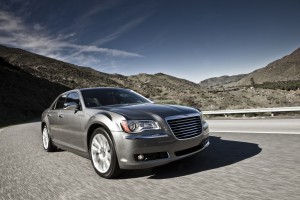 With the announcement that the new 2012 Chrysler 300 sedan will be outfitted with ZF eight-speed automatic transmissions, the company takes the lead in transmission technology for domestic sedans.

?With its state-of-the-art eight-speed automatic transmission, the new 2012 Chrysler 300 represents the pride and determination of our engineers to give our customers the quality and technological excellence of the world?s best sedans ? and this is what our ?Imported from Detroit? spirit is all about,? said Olivier Francois, President and CEO ? Chrysler Brand and Lead Executive for Marketing, Chrysler Group LLC. 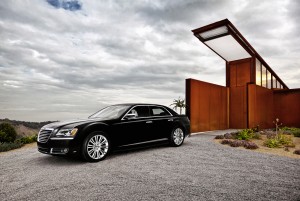 Chrysler plans to use the eight-speed transmission in 2012 Chrysler 300, 300S (V-6) and 300 Limited models. The addition of three more gear ratios will help reduce gaps normally associated with upshifting and downshifting.? The new transmissions will be used with the new award-winning 292 horsepower 3.6-liter Pentastar V-6 engine.

By using the ?Sport? shift mode the driver can get faster shifts and revs are held higher for even more performance-oriented acceleration and higher shift dynamics.? Chrysler 300S models have die-cast steering-wheel mounted paddle controls for even better shifting control.? The driver is always aware of the gear selection by glancing at the ll-new full-color EVIC centered in the Chrysler 300S?s instrument cluster.

Chrysler 300?s AWD system version has a segment-exclusive active transfer case and front-axle-disconnect system to improve real-world fuel economy by up to 5 percent. No other major automotive manufacturer offers the combination of these two independent technologies. Chrysler 300?s innovative AWD system seamlessly transitions between rear-wheel drive and AWD with no driver intervention. When all-wheel drive is not required, the system automatically disconnects the front axle to maximize fuel economy while still providing fun-to-drive performance and handling inherent in rear-wheel-drive vehicles. 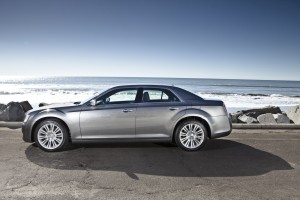 An inside source said the company is also working a nine-speed automatic for use in front-wheel drive vehicles. The eight-speed will soon find it?s way into six-cylinder models of the Jeep Grand Cherokee and Dodge Charger.