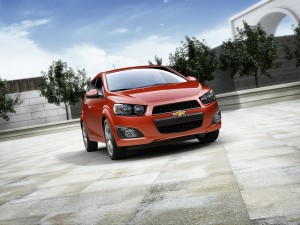 One of the best features of the?Chevrolet?Sonic is the fuel-efficient Ecotec 1.4-liter turbo engine, but it was previously limited a manual transmission ? now it?s not.

?Providing the option of a turbocharged engine to our non-stick driving Chevy customers allows us to offer everyone the thrill and power of a fuel-efficient Ecotec 1.4L powerplant,? said Jim Danahy, vehicle line director and vehicle chief engineer for North American small cars. ?Both in the Sonic and Cruze, the engine enables better fuel economy without sacrificing power or performance. It?s really a winning combination.?

Sonic?s Ecotec 1.4L turbocharged engine and six-speed manual transmission achieved a 0-to-60 mph time of 7.8 seconds, according to independent?AMCI?testing ? faster than the comparable 2012 Ford Fiesta, Honda Fit and Hyundai Accent. The Sonic with the turbo-automatic combination went from 0 to 60 in about eight seconds. 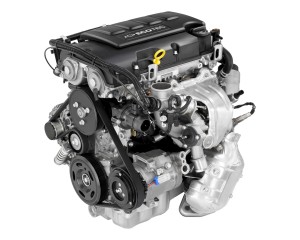 ?Traditionally, turbocharging was used to enhance the performance of engines, but today it is as much about fuel economy as a 0-to-60 time,? said Bob Benedict, assistant chief engineer for the Ecotec 1.4L engine. ?The turbocharger provides high-pressure airflow for high torque to boost the vehicle and give the driver a fun driving experience with improved fuel efficiency.? 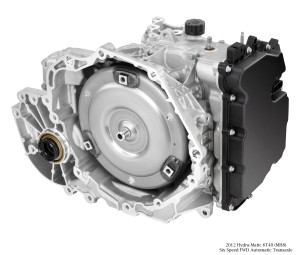