Bringing Internet Music to the Car 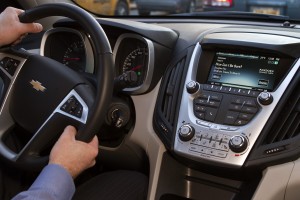 Chevrolet is taking the OnStar communications system to a new level with and in-car infotainment package call MyLink.? Starting this year ?as an addition to OnStar, the new Volt and Equinox models will be available with, the MyLInk system.? It integrates online services like?Pandora? internet radio and?Stitcher SmartRadio? using hands-free voice and touch-screen controls via Bluetooth device connectivity.

?There is a new generation of car buyers who don?t want to settle for mass market radio,? said Rick Scheidt, vice president of Chevrolet Marketing.? ?They want to create their own individual stations and have access to them wherever they are. Chevrolet vehicles have offered customers the ability to use portable media devices since 2006 and the introduction of MyLink takes media personalization to a new level. ? 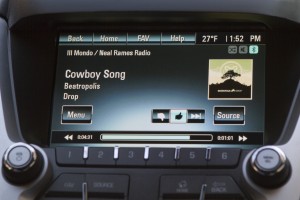 MyLink retains all the capabilities of today?s entertainment units, including AM/FM/XM tuners, CD player with MP3 playback, auxiliary and USB inputs. But, Stracke says, ?These are the essentials and we?re building from there.?

Among the new benefits provided by MyLink: 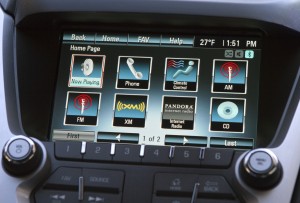 The debut of Chevy MyLink extends the OnStar experience from safety and security to information and entertainment by seamlessly integrating the capability of a smartphone into the vehicle so that hand-held phones may be safely stowed while driving.

When OnStar debuted in 1996, it pioneered in-vehicle connectivity with the auto industry?s first embedded telematics system. It has grown from primarily offering automatic crash notification and security features to include remote vehicle diagnostics, turn-by-turn navigation and the ability to slow down stolen vehicles.

In November 2010, OnStar released a smartphone application for all 2011 Chevy vehicles that incorporated remote start, lock/unlock, and vehicle status checks as well as battery management functions for Volt owners. Volt owners also have the MyVolt.com website to provide those remote management features and other Chevy owners soon will have access to similar web-based OnStar services.

The combination of MyLink and OnStar will soon be joined by the integration of the?Powermat? charging system ? eliminating the need for charging cords. Chevrolet MyLink will be available beginning with the 2012 Chevrolet Volt and Equinox this fall before expanding to other vehicles in the Chevy lineup over the next 18 months.